Bel Canto Design first made its mark with single-ended-triode tubed amplifiers. But with the introduction of its Tripath-based amps in the early 2000s, it was one of the first audio manufacturers to switch exclusively to solid-state class-D amplification. More recently, Bel Canto has based its designs on ICEpower class-D modules from Bang & Olufsen. Then, a few years ago, Bel Canto released an all-digital stereo system, simply named the Black, consisting of a preamplifier-DAC and mono power amplifiers based on Ncore class-D amp modules from Hypex. The Black system is an innovative product, and has sounded wonderful in the audio-show demos I’ve heard, but it costs $50,000 USD. This puts it out of the reach of all but the most well-heeled audiophiles. 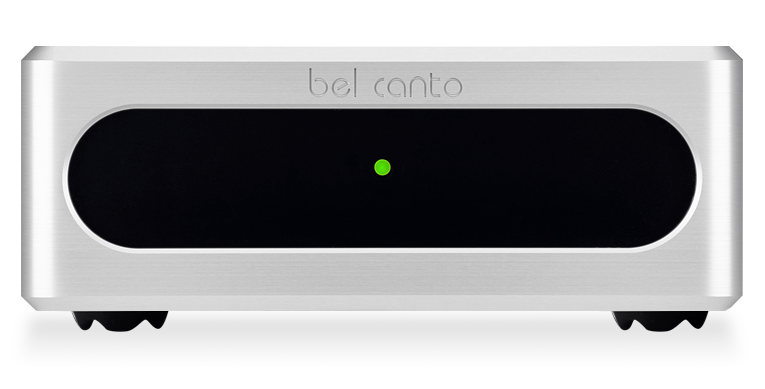 However, Bel Canto has now launched the e.One REF600M monoblock, also based on Hypex Ncores, for only $2495 each -- $500 less than the discontinued REF1000M, which it replaces, though it has a lower claimed power output. What I’d heard of the Black system and other very-high-quality Ncore amps made me eager to arrange with Bel Canto to have two new e.One REF600Ms sent to me.

The e.One REF600M is externally identical to Bel Canto’s other e.One power amps, which are all housed in the same half-width case. The front panel of brushed aluminum has beveled edges and a central, rectangular cutout with semicircular ends. This panel is available in black or silver; neither is drop-dead gorgeous, but the REF600M looks smart and tidy. The rest of the case has a black-anodized finish.

On the rear panel are XLR and RCA inputs, a 5/12V trigger with a 3.5mm connector, a main power switch, and an inlet for the detachable IEC power cord. The REF600M is intended to be left on at all times; a small green LED on the front panel indicates power-on. The operating voltage and voltage gain are preset at the factory to 110-120VAC and 27dB, respectively, but can be changed to 230-240VAC and 33dB with internal switches. The WBT NextGen speaker binding posts accept 6mm spades, standard 4mm banana plugs, and wires of up to 6mm diameter.

The REF600M is based on Hypex’s NC500 OEM module and SMPS1200 power supply. Unlike most Hypex modules, the NC500 is said to lack an input buffer, which, Hypex says, most audiophile manufacturers tend to bypass in favor of their own designs. In fact, the REF600M uses Bel Canto’s custom Impedance Optimized Input Stage, which is said to use amplifiers of low noise and low distortion, precision film resistors, and audio-grade power-supply capacitors. The result, says Bel Canto, is “a balanced high Common Mode Rejection, low output impedance driver that is critical to the amplifier’s performance, ensuring that the refined dynamic qualities of the recording are preserved.”

The REF600M is specified to output 300W into 8 ohms or 600W into 4 ohms, and to be stable into 2-ohm loads, with a damping factor of greater than 1000. Each REF600M measures 8.5”W x 3.5”H x 12”D and weighs just 15 pounds, but feels solidly built. They ran quite cool during the entire listening period, getting barely warm to the touch even after extended listening at high volume levels.

The Bel Canto e.One REF600Ms spent time in my reference system both with an Anthem Statement D2 A/V processor used as a DAC and preamp, and connected directly to an Oppo BDP-105 universal Blu-ray player also used as a DAC and preamp. An Asus VivoBook X200MA laptop ran Windows 8.1 and foobar2000, and I used a Bel Canto Design mLink USB converter. Speakers were KEF R900s and Definitive Technology Mythos ST-Ls. I used an assortment of cables from Analysis Plus, AudioQuest, Essential Sound Products, and Nordost, and the mains power was conditioned by Blue Circle Audio and ZeroSurge products.

I left the e.One REF600Ms powered up throughout the entire review process, including the initial burn in-period of a week, when I did only occasional, casual listening.

I first listened to the Cowboy Junkies’ The Trinity Session (16-bit/44.1kHz FLAC, RCA/Classic). The REF600Ms sounded totally at home in my reference system as they reproduced the deep, wide, reverberant soundstage of “Mining for Gold.” Margo Timmins’s voice was appropriately wispy, and precisely centered between the speakers, but it was the amps’ ability to lock me in to a realistic sense of space -- including the faint but constant low rumble of background ambience of Toronto’s Church of the Holy Trinity -- that kept me captivated. Other cuts also sounded wonderful, the REF600M precisely reproducing producer Peter Moore’s exquisitely spare recording technique. Jeff Bird’s harmonica at the rear of the soundstage, the guitar just inside the left speaker, and the mandolin and accordion nicely filling in the space behind the voices and other instruments. Margo Timmins’s voice emanated from dead center of the soundstage, with her brother John’s harmony vocal in nearly the same space, but slightly to the side in the chorus of “Misguided Angel.” The gentle rhythms and singing of “Blue Moon Revisited (Song for Elvis)” and “Sweet Jane” flowed with pleasing ease from my speakers, but the REF600Ms always kept a tight grip on the percussion and bass. 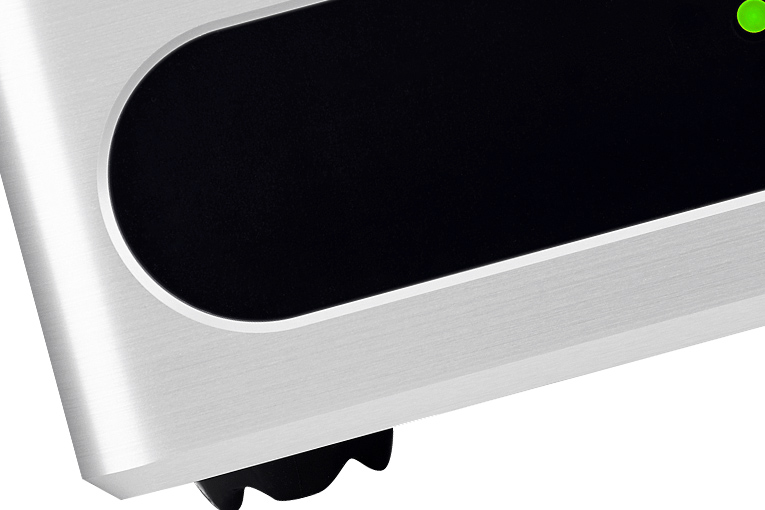 I’ve recently been listening to some Holly Cole albums in high resolution, and Kevin Gray’s remasterings for Analogue Productions’ reissues sounded superb through the Bel Cantos. The articulation of David Piltch’s bass in “I Can See Clearly Now,” from Don’t Smoke in Bed (SACD/CD, Capitol/Analogue Productions), was exceptional, even though it’s less prominent in this new mix. In contrast, Cole’s voice is more immediate and some of her sibilance is tamed on the SACD, but it still had sass in “The Tennessee Waltz,” which the REF600M portrayed with just the right amount of bite. The pitch and definition of the bass, which Piltch sometimes plays as a percussion instrument, was superb, and Joe Henderson’s silky-smooth tenor sax was placed precisely at the center of the soundstage, slightly behind the singer.

Cole’s album of Tom Waits covers, Temptation (24/88.2 FLAC, Capitol/Analogue), sounded even better. The Canadian Brass had a rich, warm sound that provided the perfect backdrop for Cole’s emotive singing of “Briar and the Rose.” There was a palpable immediacy to her voice that was striking. I wouldn’t describe it as up front, but neither was it laid-back -- instead, Cole’s voice was placed at exactly the right depth. As Cole held each note, the REF600M conveyed her artful blend of melancholy and playfulness, which makes this one of my favorite cuts from any of her albums.

Class-D amplifiers are known for their ability to produce deep, tight bass; in that regard, the e.One REF600M was a stellar performer. I’m often disappointed by the quantity and quality of bass when I switch from my reference stereo/multichannel system, which includes two JL Audio eSub e112 powered subwoofers, to a review system of only two speakers. With the REF600Ms, my KEF R900s not only put out enough bass to satisfy me, but that bass was controlled in a way I’ve heard with few other amps. “Opening Titles,” from the Jurassic Park: 20th Anniversary soundtrack album (24/96 FLAC, Universal), was quick and concussive, but still rumbled ominously through my room. This was followed, in the opening of “Theme from Jurassic Park,” by sweet horns, other wind instruments, and a harp placed ever so delicately in the midst of the orchestra. I was then swept up in the sea of strings that filled my room in a deeply visceral and satisfying manner. The REF600Ms controlled the R900s without strain, and provided the low-frequency underpinning that’s required to fully appreciate a properly recorded orchestra. The sound pressurized my listening room without strain, delivering a solid foundation and clear mids and highs, and spreading the various sections of the orchestra uniformly across the soundstage. 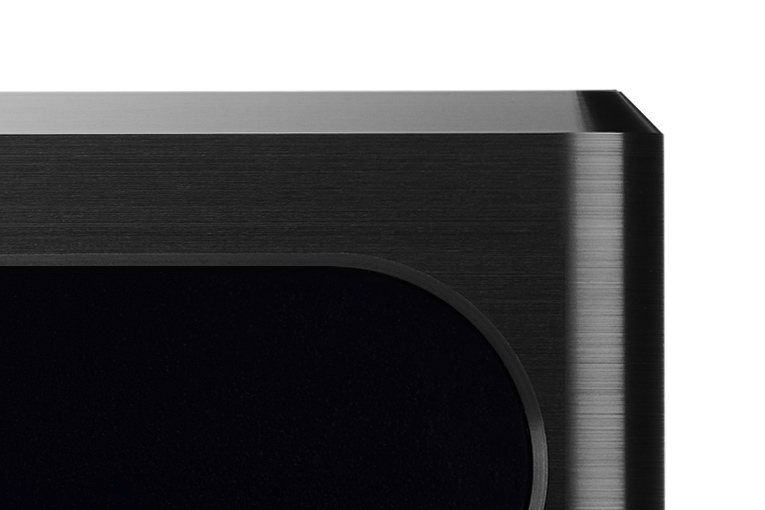 The snarling electric guitar of Nancy Wilson in “Barracuda,” from Heart’s Little Queen (24/192 FLAC, Epic), had a driving rhythm, and sister Ann Wilson’s voice was clear and powerful. Michael DeRosier’s drumming in the bridge on this nearly-40-year-old recording was very tight and had incredible speed. With my reference Anthem Statement M1 mono amps ($3500 each), which are specified to output 1000W into 8 ohms, not only the drums but the entire kit came more clearly into focus throughout the song, not just during the bridge. The voices, too, were a bit clearer, with more space between them and the instruments -- Nancy W.’s guitar had a little more drive and control, which allowed me to more easily follow her complex riffs and admire her virtuosity. The “Opening Titles” from Jurassic Park went deeper and caused objects in my room to rattle, which they hadn’t done with the REF600Ms. Although the bass was indeed deeper and tighter with the M1s, it was also a touch drier, which might not suit everyone’s tastes -- but I love the Anthem’s ability to control a speaker with absolute authority.

I own another Hypex Ncore-based amplifier: NAD’s extremely-high-value Masters Series M27 ($3999), which provides seven channels of amplification at 180W each. While the REF600M uses the NC500 modules along with Bel Canto’s Impedance Optimized Input Stage, the M27 uses NC400 modules with some unique implementations of the Hypex technology, such as control of the power supply to provide the same power output into 4- or 8-ohm loads. 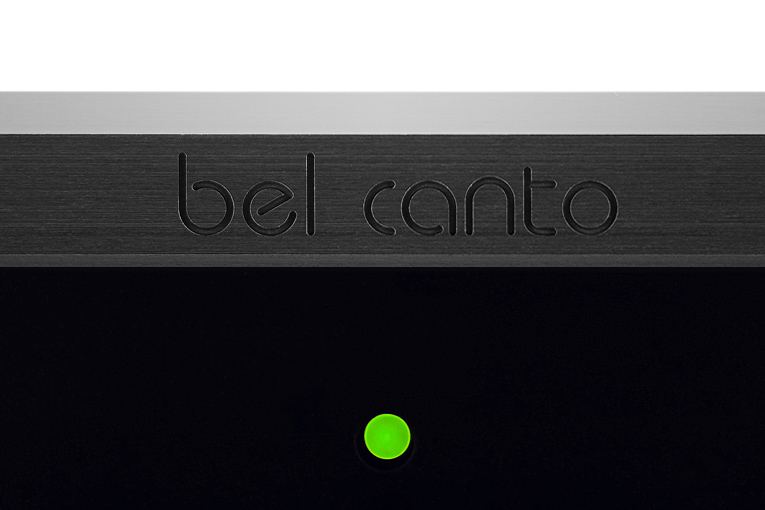 The M27 sounded similar to the REF600M, but far from identical. They shared a clear solidity that was quite neutral, but the M27 was even clearer, almost squeaky clean; the REF600M was a touch more harmonically rich, which made its sound slightly warmer. The M27 certainly didn’t sound bright or harsh, nor did the REF600M sound soft or syrupy, and both were very transparent -- but each leaned slightly toward different sides of neutrality. For example, the drums in “Barracuda” didn’t have quite as much weight with the M27, though the voices were a little clearer and more forward, which made them more prominent in the mix. The classically inspired acoustic-guitar intro of “Crazy On You,” from Heart’s first album, Dreamboat Annie (24/192 FLAC, Capitol), was cleaner through the M27, but the distorted electric guitar later in this track lacked the weight and the growling quality it had through the e.One REF600Ms.

Overall, the e.One REF600Ms sounded nearly as transparent as the M27, but with more power and weight. This gave recordings a bigger, more commanding sound that was simply more musical. I strongly preferred the REF600Ms to the M27, but considering that the M27 costs $991 less than a pair of REF600Ms and can drive up to seven channels simultaneously, I’m more than happy to keep it as part of my reference multichannel system. And as good as the REF600M was, it couldn’t equal the sound quality of the more expensive and more powerful Anthem Statement M1. But this does nothing to disparage the REF600M in my mind. Both the NAD and Anthem are standout products at their price points; the fact that the REF600M could hang with them in direct competition only speaks to its quality and value.

Several Bel Canto Design amplifiers have come through my system over the years, but the e.One REF600M is the best sounding of all, including the original e.One REF1000. In fact, it’s one of the best-sounding amps from any company that I’ve had in my system -- and, at $2495/channel, one of the most expensive. But some might consider $4990 for two channels of true high-end amplification relatively inexpensive. It depends on your frame of reference.

Like other well-designed class-D amps I’ve recently heard, the e.One REF600M has very deep, controlled bass. But it also has a supremely refined midrange and treble that can compete with anything in its price range, regardless of topology. With the REF600M, Bel Canto Design has produced a powerful yet sophisticated-sounding amplifier at a very reasonable price. It’s one of my favorite power amps. I can’t recommend it highly enough.