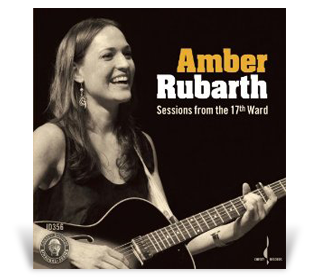 In January 2012, I wrote about a few new binaural releases, including Chesky Records’ Explorations in Space and Time. One thing that made this album different from others was that it came with two versions of the recording: one for playback over headphones, and the other over loudspeakers. That seemed, to me, a great solution, because binaural recordings often sound a little odd when played through a typical loudspeaker-based setup. Always the innovator, David Chesky thinks he’s come up with an even better way. The new Binaural+ Series is made with a kunstkopf, or dummy head -- a model of a human head with microphones at the ear positions -- but Chesky claims that his new method employs special filters that deliver a stunning spatial experience for both the headphone enthusiast and the traditional audiophile. The first two complete albums in his Binaural+ Series have now been released.

Amber Rubarth is a folk singer influenced by country and jazz -- stylistically, the kind of performer you might hear at your local coffee shop. On Sessions from the 17th Ward, Rubarth, who accompanies herself on guitar, is backed by violin, cello, and percussion. She tries her hand at a few standards -- such as "A Kiss to Build a Dream On" -- as well as some of her own songs. Most of the selections are solidly folk/pop, but a few of the instrumentals have distinct bluegrass touches.

As its title might suggest, the instruments on Wycliffe Gordon’s Dreams of New Orleans comprise the classic Dixieland band: horns and reeds supported by a rhythm section of banjo (substituted by guitar on a couple of songs), drums, and a tuba pumping out bass lines. Trombonist Gordon did all of the arrangements, and they range from the stereotypically New-Orleans-raucous "Chinatown" to a sophisticated Latin rendition of "St. Louis Blues."

Both recordings were made without compression, equalization, or any other alterations to the signal; what went into the microphones is what is on the master. The high frequencies are pristine, and the bass exhibits great extension and clarity. Instrumental timbres are also very true to life, and the recordings’ exceptionally low noise floors allow the subtlest details to shine through. I particularly noticed the very realistic pluck and decay of the pizzicato violin notes on the Rubarth album, the characteristic slide of her fingers over the guitar’s strings, and the jangly sound of the banjo on the Gordon.

Whether I listened through my usual Stax SR-507 headphones or a budget favorite, Grado’s SR-60 ’phones, Chesky’s Binaural+ technique did a splendid job of moving the goings-on mostly outside of my head and capturing the acoustics of the recording venues. I say mostly, because Rubarth’s voice was definitely stuck in the front of my cranium. Had the dummy head been placed farther away from her, it would have sounded more natural through headphones, but her voice -- which is, after all, the focus of the album -- would have seemed rather distant for those listening through loudspeakers. The cello and violin, on the other hand, seemed far away from me to left and right, respectively. When I listened through speakers, those instruments weren’t only outside the speakers laterally, but set convincingly behind the speaker plane. 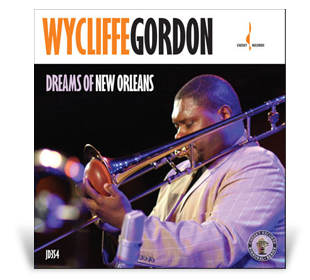 Dreams of New Orleans had an even greater sense of space and ambience, but the placements of instruments were a little odd. Through headphones, the rhythm section of banjo, drums, and tuba was in the center, and appeared to be far in front of me. Trombone and trumpet were well off to the left and a little in front; clarinet, saxophone, trombone -- or a combination thereof, depending on the track -- mirrored them on the right. I could hear some separation between the winds -- e.g., the trombone was farther left than the trumpet -- but the effect was a little like those classic jazz albums where multiple players share each of a few microphones, which divides the ensemble into separate islands of sound. I found it a strange juxtaposition with the general spaciousness and ample room the rhythm section had been given to spread out in.

When played through speakers, rather than bringing the musicians into my listening room, the recording opened up the speaker end of my room into the performance space. That rhythm section was set way behind the front wall, enveloped in a rich acoustic environment -- I could hear how the drums interacted with their surroundings, and the tuba had plenty of space in which to breathe. The wind players were pushed off to left and right -- this time far outside the speakers and set back a ways, but not so far back as their rhythmic bandmates. After the first few minutes, however, I found that this idiosyncratic soundscape didn’t interfere with my enjoyment of the music -- an enjoyment that was in large part due to the freewheeling attitude of the band.

As someone who these days does most of his listening through headphones, I appreciate Chesky Records’ new dedication to binaural production, but I don’t think that Dr. Chesky has yet solved the problem of making a single recording that sounds as compelling when listened to through headphones as through loudspeakers. The dual-version approach that Chesky took with Explorations in Space and Time worked a little better, but adds considerable expense for physical releases. Even then, it doesn’t address the fundamental problem: The arrangement of sound sources for an ideal binaural experience is different from that which most listeners expect from a loudspeaker-based presentation. The Amber Rubarth album is slightly better suited to speakers, the Wycliffe Gordon to headphones -- but however you do your listening, they’re both well worth adding to your music library.