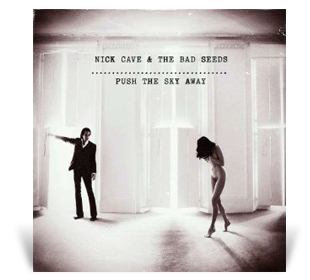 The 180gm pressing won’t impress audiophiles who obsess about soundstage depth or transparency, but it’s rich in tone and layers of human reflection. If Push the Sky Away sounds like a soundtrack to a lost decade, the ever-unpredictable Cave has delivered one of his best studio albums so far. It’s perfect for days when one needs to be knocked down a peg. 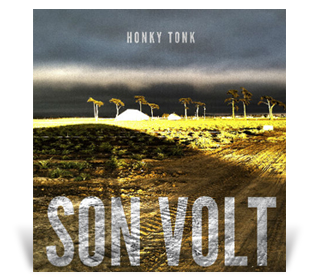 If Jay Farrar still harbors any resentment about the acrimonious breakup, in 1994, of Uncle Tupelo, he does a great job of hiding it -- his maturation as a singer-songwriter is clear in Honky Tonk. Farrar and former bandmate Jeff Tweedy (Wilco) were on a roll with Uncle Tupelo’s Anodyne, which merged rock and country into a wonderfully bleak look into small-town America, but history had other plans for the two musicians. Son Volt stopped recording and performing for a number of years while Farrar busily pursued a solo career and played in numerous other bands, but in Honky Tonk the band returns to its traditional roots. Farrar pays tribute to the Bakersfield country sound of Buck Owens and Merle Haggard; “Down the Highway” and “Livin’ On” convey his understanding of the American landscape and the realities of small-town life. Honky Tonk is bleak, stark, and full of regret in the vein of Tom Russell’s Wounded Heart of America and Bruce Springsteen’s The Ghost of Tom Joad. A gorgeous recording all around.

The vinyl version of Honky Tonk is an improvement over the CD, with greater spatial depth, a cleaner sound, and far more texture. Farrar’s voice gains a few pounds and takes a step forward, making this already intimate recording one to seek out on LP. 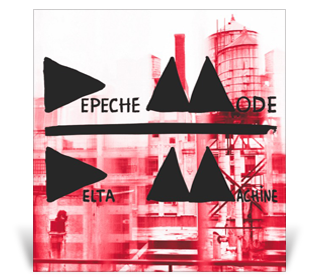 The kings of synth-pop are back with their 13th studio release. It’s a miracle that the band, which nearly dissolved and had to deal with lead singer David Gahan’s struggle with addiction, ever got this far. Fans expecting a typical Depeche Mode album heavily laden with their brand of post-punk electronic dance music will be slightly disappointed -- the band adds layers of rock guitars that move Delta Machine into classic-rock territory, but still, it’s their best release in years. The first single, “Heaven,” is already a hit, and it and the 12 other tracks exploit what Depeche Mode has done so well for almost 30 years: seduce fans with their take on sex, seduction, and love after hours. The double LP might be a post-millennial take on modern love, but the sound quality is just as thrilling as on their albums from the early ’80s. There may be no track here as memorable as “Personal Jesus,” but Delta Machine makes Depeche Mode relevant again in the era of insipid teen dance music, and that alone is reason to rejoice. 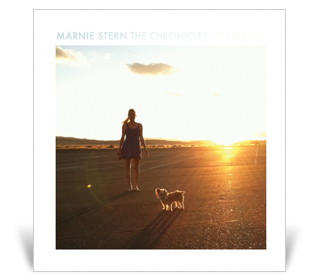 Marnie Stern: The Chronicles of Marnia

Marnie Stern can shred with the best of them, but whether that makes for a compelling listen each and every time is debatable. The acclaimed guitarist has moved on with her fourth studio album; The Chronicles of Marnia is a departure from her previous work, which relied heavily on her guitar skills, and is lyrically less dense than Marnie Stern or This Is It and I Am It and You Are It and So Is That and He Is It and She Is It and It Is It and That Is That. Stern abandons her traditional sound for a more pop-infused album, and while tracks such as “Year of the Glad” and “Nothing Is Easy” are more accessible, it feels slightly lazy. It’s almost as if she’s decided to channel Liz Phair, selling out when she feels she has nothing left to prove, almost daring critics to mock her musical flip. Based on early sales numbers, her fans could care less.

The LP sounds less gritty than her earlier releases; if a “pop” sound is what Stern wanted, she’s crafted something for a new generation of fans, who will probably dig the two-dimensional presentation. 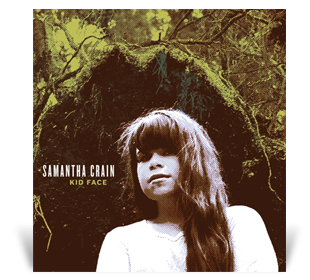 Oklahoma-born Samantha Crain seems to have found a happy place in her fifth studio release, a collection of apparently autobiographical folk and country songs full of remorse, regret, and a sense of hope. Crain beats up on herself throughout, especially in “Never Going Back,” where she confesses to some rather bad behavior. The singer-songwriter sounds far older and more mature than her 27 years would suggest, and if that imbues her music with authenticity, it’s all the better for it. The somewhat sparse-sounding recording makes good use of her acoustic guitar, banjo, piano, and violins, once again feeding into the idea that we’re back with Woody or Arlo Guthrie, listening to well-written songs about Americana and learning about life the harsh way. The soundstage is a tad narrow, and it’s not one to shake the rafters. Just honest talk from a gifted songwriter who hurts like the rest of us.