It seems that I touched a nerve with last month’s attack on cable and cartridge pricing, but I remain unmoved: in the intervening weeks, I’ve had as many observers agreeing with me as not, that most of the high-end audio industry’s woes are self-inflicted, with the worst cause being pricing. The consensus seems to be that pricing is followed by the (admittedly innate) issue of having to match hardware from different manufacturers, with audiophile gibberish and arcane practices being the third and fourth.

For me, the saddest aspect of the entire pricing issue is that the people involved with the worst transgressions are actually decent human beings. I simply don’t understand how they have managed, like politicians, to convince themselves -- let alone consumers -- that a length of wire or MC cartridge can have the same price, let alone worth, as an SUV. I no longer discuss it with them. It’s like talking to the wall. 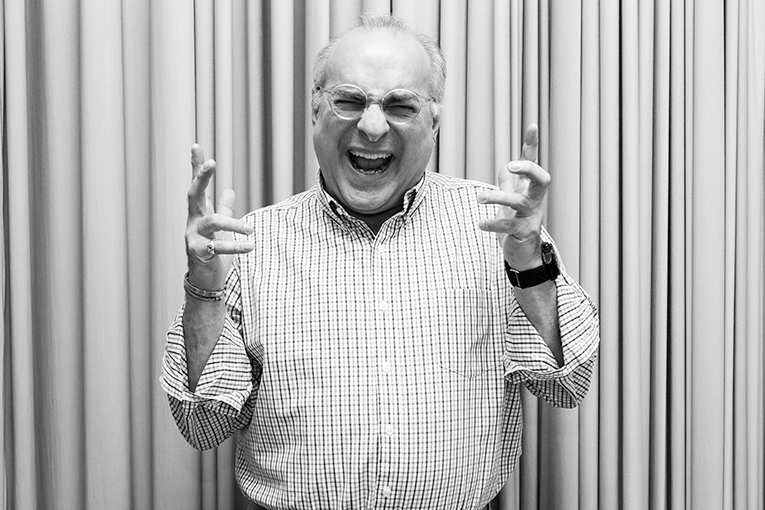 Then it dawned on me: the manufacturers of high-end audio and, it must be said, those who buy it, sell it, or review it, are equally guilty of believing what my mother would have called bubbe meises: old wives’ tales. I have no idea of what a psychiatrist would term the calibre of self-delusion or the name of the affliction that allows people to lie to themselves like this. In this bizarre aspect of human behaviour, I am sorrowfully reminded of another fatal situation in which mainly young women do the same.

Anorexia nervosa, which is classified as a disease, is a condition in which the sufferer is convinced that she (or, yes, he) is overweight. The victim ultimately starves to death unless fortunate enough to accept treatment; as this eating disorder is a mix of genetic, psychological, and social causes, the treatment success rate is not the same as with other, more clearly defined physical conditions for which there is treatment or a cure. Other instances of self-delusion which vary in the degree of collateral damage and which also are caused by a variety of conditions include kleptomaniacs (mental disorder), certain lawyers (greed), and champagne socialists (stupidity, hypocrisy, avarice, failure to grasp reality, dishonesty).

Audiophiles have been convincing themselves of so many bizarre “truths” -- and I have succumbed to a few in my lifetime -- that it’s no wonder civilians (aka non-audiophiles) think we’re insane. We have even less credibility than wine lovers, who are berated for spending, say, $1500 on something that will turn to urine an hour after consumption. But skilled wine connoisseurs can demonstrate (as I have witnessed at tastings) what they purport to taste or smell, and have turned it into a science. The same goes for parfumiers and others with highly developed senses.

While I don’t know of anyone dying from audiophilia as they have due to anorexia, how is it any less absurd than anything else we were warned about in the fable of The Emperor’s New Clothes? Those of us who append our names to qualitative observations which must tally with subjective assessments are at a disadvantage, even when compared to wine experts, because we are still living in a world where measurements cannot describe the actual sound of a hi-fi component.

We will ourselves to hear differences. We assuage our guilt because our devotion attests to that noble drive: a genuine love of music. We wouldn’t be so obsessed if we didn’t care about every last trace of sound. But still we place so much faith in those admittedly nice people who are unconsciously or otherwise blowing smoke up our asses that we nod and agree so as not to seem deaf or stupid. People give me grief for never listening at hi-fi shows and uttering an opinion. Why would I, when I don’t know the system, the music, or the room? How is what I hear at a show going to have any validity? And aural memory ain’t a patch on our sense of smell or taste, so I can’t say if what I heard in Room X is better or worse than what I heard in Room Y or Z.

Increasingly of late, I find myself applauding, in every area of which I am interested and write about, the less-expensive solutions. The world is awash with sublime wines for under $20 a bottle. (I know, that’s a high price for those of you who think Ripple or Thunderbird are great quaffs, but bear with me.) I can name a hundred excellent mechanical wristwatches between $500 and $1000. The shelves are heaving with fabulous digital cameras for under $700. And the same applies to hi-fi.

Believe it or not, I am not trying to undermine the high end. I know which stuff is worth every penny and what isn’t. But I am sick to the back-teeth of bullshit justification, like “our R&D costs.” What? Like the pharmaceutical companies have to go through when coming up with a better statin? What a car company does for safety approval? Or even beta-testing a goofy little app?

If high-end audio is to survive, as the numbers of committed audiophiles grows smaller and the brands have to look elsewhere, then the companies are going to have to justify their phone-number price tags. They will have to communicate -- as have the car, watch, yacht, jewellery, and other manufacturers in the luxury sector -- the value of materials, labour, design, and other considerations. And they have to make it desirable.

Why? Because, like it or not, we audiophiles are not plentiful enough to keep the industry going. Even if my dream came true, in which half the hi-fi manufacturers on this planet simply vanished, we’d still have too many makers to support. But listen closely: if you’re selling amplifiers for $100,000 or cables for $20,000, your competition isn’t the other guy doing the same. No way: your competition has names like BMW and Audemars Piguet and Cartier. And if you think otherwise, then you are, indeed, delusional.