Must one suffer from OCD to be an audiophile? Or, to put it another way, does being an audiophile mean that you inherently exhibit OCD traits? It’s taken me years to admit this (and there’s a doctoral thesis in psychology awaiting any student predisposed toward writing about a dying breed), but the evidence is overwhelming.

First, a definition -- and don’t feel too embarrassed if you recognise yourself in this, because you are among friends and fellow sufferers. According to Oxford’s Lexico online dictionary, the basic explanation is:

Adjective (informal)
1. Having a tendency towards excessive orderliness, perfectionism, and great attention to detail.
“I’m not exactly one of those OCD people who is afraid of germs.”

In hi-fi, examples from my own experience are legion. There’s a well-known UK hi-fi scribe who ensures that all of his CDs are “right side up” in their cases, meaning that when he puts a CD back in its jewel box, the print is right-side up. He’s convinced this affects the sound, even while the CDs are in their jewel boxes, on his shelves. Another has made a career of devoting more time to VTA setup for a single cartridge than Armstrong and Aldrin spent walking on the moon. 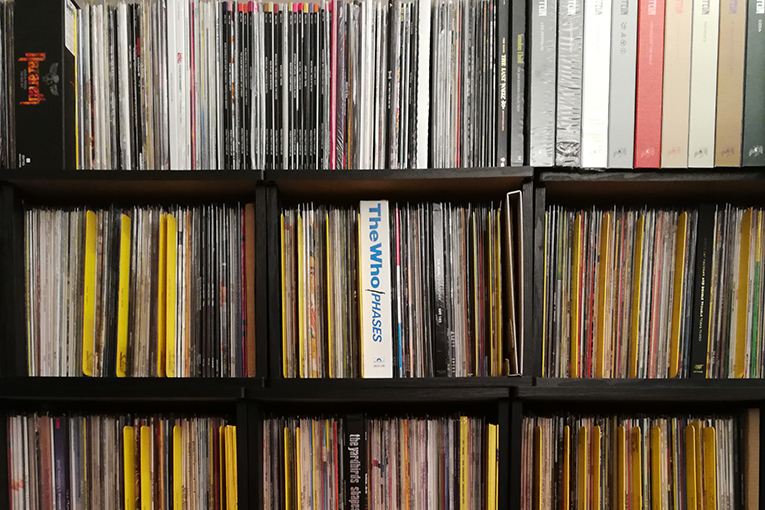 Yet a third is a colleague who collects vinyl on an epic scale and who will only accept perfect -- and I mean “better than new” -- LPs. How can they be “better than new”? He actually rejects those which do not have perfectly positioned print on their spines. If he found a sealed, unplayed copy of a rarity, he would reject it if it had a notched sleeve because it was a cutout. Hmmm . . . in collector parlance, I would rather own a “VG” copy of a title I desire than to go without, awaiting in vain for a better specimen.

I write that not to suggest I am less OCD than the next audiophile, but simply more pragmatic. As a collector of books, watches, LPs, model cars, wine, and other items which have cluttered my life, I long ago learned that if you find something you’ve been after for ages, and an example turns up which is either less than 100% mint, or may cost a bit more than you imagined (but can still afford, I hasten to add), buy it or be prepared to suffer collector’s remorse when a better one fails to appear and suddenly the decades have passed.

What prompts this admission that we’re all crazy? It was an unintended glimpse of private audiophile habits, decades after the fact, in the form of my recent acquisitions: literally hundreds of used reel-to-reel tapes, along with recent purchases of used LPs, a pursuit I long ago forsook after passing the 12,000-LP mark in my collection. I am, however, unable to resist such bargains as three immaculate early audiophile LPs for £1.50 found in a charity shop, hence my recidivism. 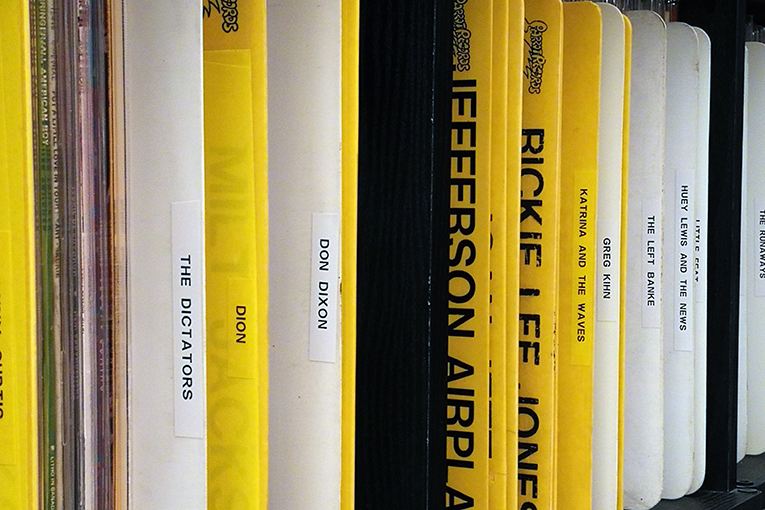 Analysing how one can ascribe certain practices to historical stereotypes, I wasn’t too surprised to find those LPs in sublime condition. It stood to reason that, 50 years ago, they would have been purchased by enthusiasts, probably adults with enough disposable income to afford decent systems. The original owners would have taken care of these label samplers and sonic spectaculars.

Contrast this with finding singles from the same era in half-decent condition (and note that I’m talking about the UK). Teens buying Dave Clark Five and Yardbirds and Beatles and Hollies 45s in 1964 were probably playing them on Pye Black Boxes with cartridges that tracked in ounces, not grams. Otherwise, how would you explain the dearth of mint, early UK-pressed Beatles albums, which sold in the millions?

Here’s why: they were all beaten to shit on cheap record players. Across the pond, spoiled baby boomers in the USA had Mom and Dad’s -- or even their own -- “proper” hi-fi systems. That’s the reason a Mint- or VG++ copy of Capitol’s Meet the Beatles! ain’t exactly a unicorn LP. 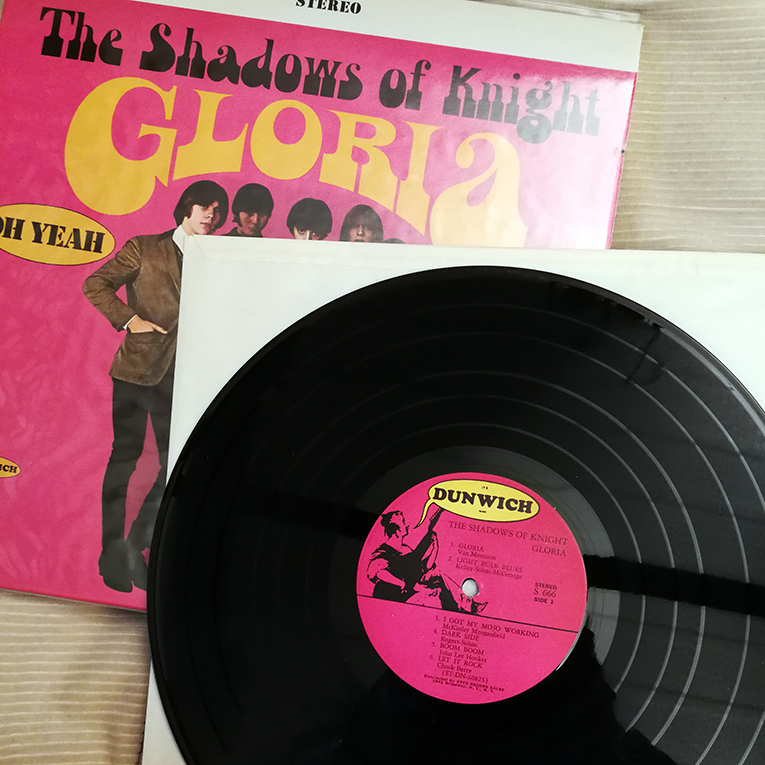 Because of my fixation with open-reel tape, I have become a massive eBay customer, but not a seller. Vendors online are total sweethearts when you’re giving them money. Out of at least 30 transactions, only two have caused me grief. But selling online? One of my oldest friends in the USA is the online seller for a major East Coast used record store. His tales will curl your hair about the lies and scams collectors will resort to, morality be damned. As a result, he always downgrades the ratings on whatever he is posting for sale, so the customer cannot come back and say, “Your VG++ was just VG. I want my money back.”

Worse is an example involving used books. A dear friend in the UK manages a charity bookshop. He sold a rare tome from the 1920s online, in perfect condition, with a rare, celluloid dust jacket. The scuzzball who bought it demanded a refund and sent back a tatty copy with damaged wrapper. The selling site took his side, the low-life thus ripping off a charity for £600. (My friend now photographs everything and stamps it with a UV marker.)

But back to OCD audiophile vs. sloven turd, the majority of us being, I would hope, somewhere in the middle. Nineteen out of every 20 tapes I’ve purchased have been absolutely as described, totally playable, no complaints. The remaining 5%? Wrong tape on the spool, no leader tapes, boxes falling apart, bad splices -- it’s a world of hardcore audiophile owners versus (and I am being kind here) “normal civilians” who don’t know any better. In fact, most of the tapes say “untested” because the vendors simply inherited them and don’t have the machines on which to play them. 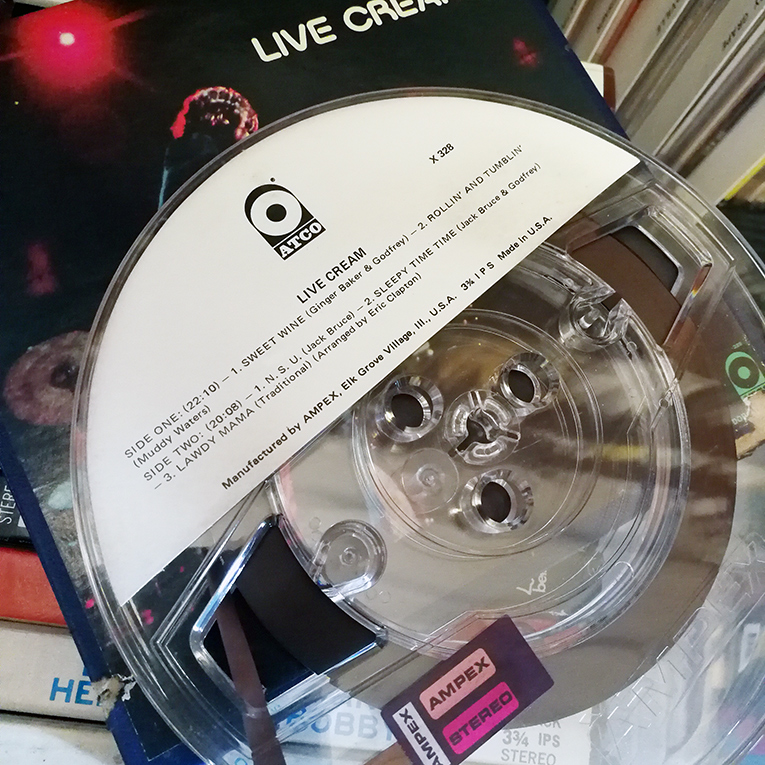 Here, though, I must say thanks to the OCD types who graced me with the following: on three occasions so far, I have purchased tapes where the original owners spliced more than one album onto a single spool. I suppose it was to save space. As a result, I paid for one Barbra Streisand tape and got five, received one Tom Jones and found it contained four, and -- best of all -- acquired a Beatles reel-to-reel with two tapes on the single spool.

Sometimes, then, you get lucky, whether dealing with the OCD types or the ill-informed. The above bonuses are nothing compared to the reel-to-reel copy of Casino Royale buried in a bulk purchase. And this tape is worth more than I’ve spent on the other 300 tapes combined.

So God bless OCD audiophiles. And those who couldn’t give a shit.