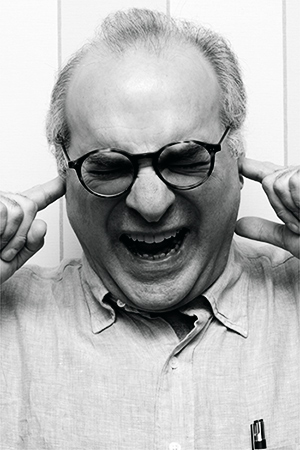 Headphones have never been my transducers of choice, as I find loudspeakers infinitely more rewarding. Even the best cans I've ever used, ones that purport to place the sound convincingly outside of one's skull, fail to do so; the closest I ever came to understanding that it was even possible was a demonstration many years ago at JVC's design center in Japan, where I heard a true binaural demo. Aside from the physical presence of the headphones, it sounded as if I was out in the real world.

Travel dictates that many of us use headphones to avoid tedious journeys, while it goes without saying that headphones are the only way one can listen to one's music in a mixed group of people without causing a disturbance. It's the latter that made me dislike headphones from an early age; like hundreds of millions of other teenagers since the dawn of recorded sound, I had no choice but to wear cans when I wanted to listen to music at night without disturbing the rest of my family.

As for regular stereo headphones (as opposed to true binaural), my perennial favorites are Stax electrostatics, but Stax seems to be the only high-end headphone company missing out on the current boom. I know the company was just sold, but the brand's behavior is odd, like that of an ice cream vendor taking a holiday during a heat wave. Which is a shame: they still make the best-sounding headphones (or earspeakers, as they call 'em) in the world, and they should be leading the way.

Stax aside, the rest of the traditional brands -- as opposed to the all-new headphone brands and speaker makers like B&W and PSB that have only recently become can makers -- have found renewed inspiration. Last week I walked into a local hi-fi emporium to find that all the Sennheisers bore a new look, while AKG has delved deep into the luxury sector. New Sonys, new Denons, new Audio-Technicas -- they must feel like it's Christmas every day thanks to the headphone craze.

Although headphones are not my preferred vehicle for music, I do use them all the time, and was not averse to trying out what is now a mid-sector purchase, given that I have seen headphone amplifiers for $6000 and headphones for $2000-plus. I borrowed AKG's luxurious K812 headphones, which have a street price in the UK of around £999, and drove them with Meridian's Prime headphone amplifier with optional outboard power supply. The Prime's total price is £2000 -- £1200 for the amp, £800 for the better power supply -- so AKG-plus-Meridian was a £3k combo. Seriously expensive, yes, but nothing that would frighten today's hardcore headphone geeks. 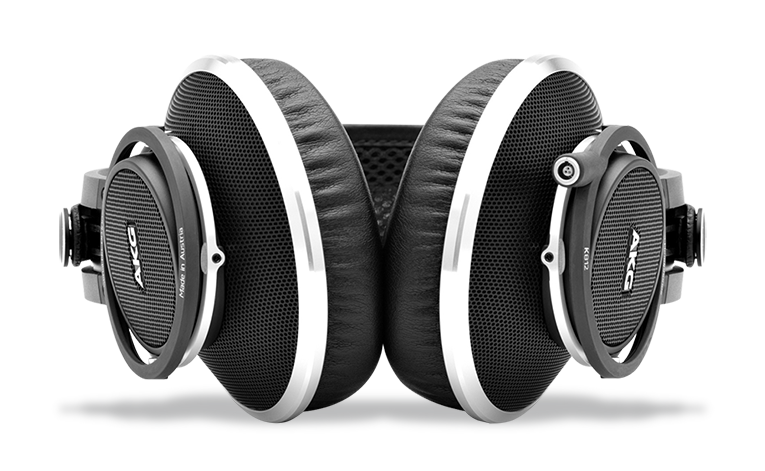 It was an education. Not counting my Staxes, which are older models and which require their own energizer, I do have access to a number of currently available non-electrostatic headphones in the $200-$500 sector, including B&W P5s and P7s, Monster Inspirations, Focal Spirits and Spirit Classics, and Musical Fidelity MF-100s. I won't bore you with my "vintage" models from Grado, Sennheiser, Beyer, etc. Amp-wise, I have the NAD D 1050 USB DAC, two Musical Fidelity headphone amps, a Schiit Magni, etc.

(Brief aside: how long before Schiit releases a class-A amp called the Hot Schiit, and why haven't they yet produced an MC step-up called the Schiit Head?)

Lest you think I'm going to withdraw my statement about headphones being incapable of portraying sound outside of the head, don't get too excited. But I will say that the AKGs, which feature a massive 53mm transducer in oversized earcups located well away from the ear itself, do a great job at widening the soundstage. With recordings such as the Beatles' US CDs from the recent box set, the far right / far left exaggeration was even more pronounced. The AKGs rivaled my old Stax Sigmas for airiness -- quite an achievement.

How much of it is owed to the Meridian Prime is hard to say. Certainly not part of the appeal for me is a control called ASP for Analogue Spatial Processing, one that on early units was called Blend, which narrows the stereo. Quite why anyone would want to, I don't know. I used it for some time, trying its three settings, before studying exactly what it did. It was abundantly clear that position 0 was full stereo, and I preferred it to both of the narrower settings. 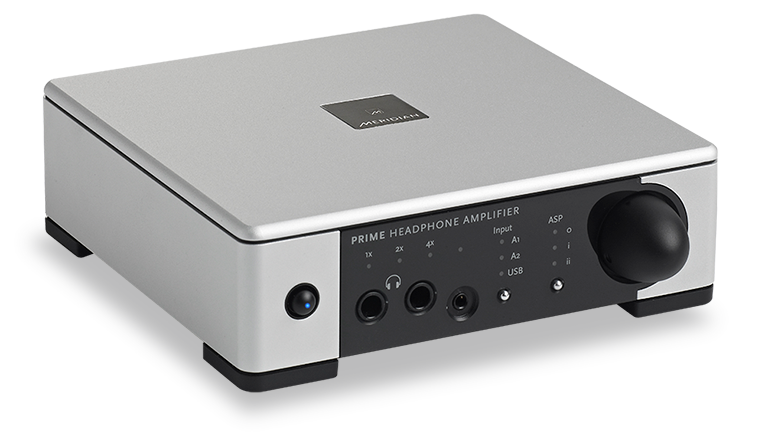 That aside, the Prime has its own sound, refined but with punch, and it seems blessedly well-conceived for hardcore users because it has inputs for both 1/4" and 3.5mm stereo jacks (two of the former), so you don't have to go looking for an adaptor. It also accepts line-level signals through a mini-jack or standard phonos, as well as digital via USB, and the build quality is superlative.

This isn't meant to be a review of the AKG/Meridian pairing, merely a set of observations, for it is the first time I've used one of the current high-end headphone amp/headphone combinations at home. It should be mentioned -- repeatedly -- that headphone amps are nothing new: AudioValve in Germany, to name but one, has had its killer, high-value-for-money, all-tube RKV headphone amp in its catalogue, and the unit pre-dates the iPod. (Ironically, it actually drives high-sensitivity speakers.)

What's new is headphone amps' elevation from accessory to primary source. It is a phenomenon, like portable USB DACs, that clearly owes everything to the new wave of headphone cultists, despite the hard sell involved; all integrated amplifiers used to have headphone sockets, all computers have them, and the initial buzz surrounding headphones involved their use with iPods and other devices that speak only through cans. The clever bit has been convincing non-audiophiles of the ability to enhance their listening experience. After all, they're immune to the charms of loudspeakers.

You don't have to be a seer to envision a glorious future for combination headphone amp/DACs, more USB devices that improve the sound of headphones, and the appearance of more headphone amps in preamps and integrated amps where previously there were none. And if you need proof of that, then just take a look at what one ultra-conservative manufacturer has done: Audio Research's SP20 is the company's first-ever preamplifier with a headphone stage. Best of all, it's so good that it begs to be offered as a standalone unit.

Are you listening up there in Minnesota?