I didn’t think I’d be writing anything at all about the 2018 Consumer Electronics Show, held in Las Vegas January 9-12. After all, toward the end of my report on last year’s show, “The Best of the Worst CES in Decades: 2017,” published in this space last February, I wrote: “[W]e’ve decided that, unless something changes, we won’t be there [next year], because we feel there’s little value for us or our readers.” What changed?

While the specialty audio portion of CES, at the Venetian hotel, had shrunk from the five or six floors of past years to just a single level for 2018, we realized that several key manufacturers of high-end audio gear would still be exhibiting, and would introduce some important new products our readers would want to know about. So at the last minute, we sent a team -- far smaller than any we’d ever sent to CES -- to report on that smattering of new products. While 2018 was the first CES I’d missed since 1997, Brent Butterworth and Roger Kanno attended, and wrote the show coverage posted on SoundStage! Global. They also each picked three products for this year’s list of The Best of CES 2018. 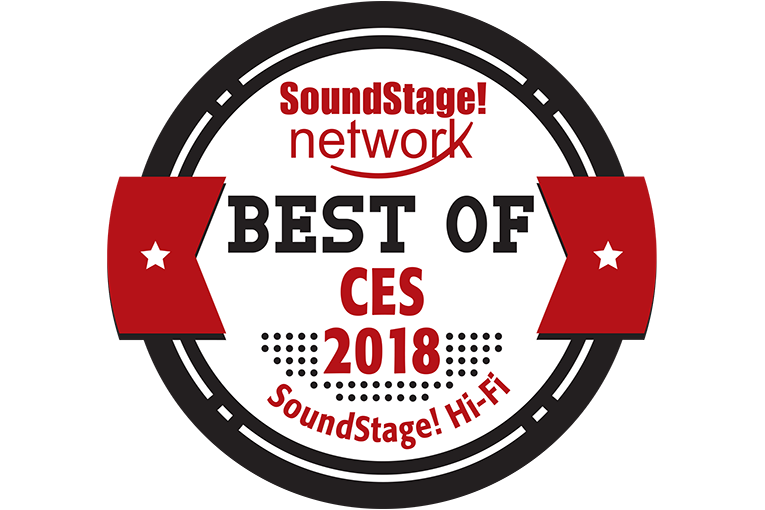 Topping Brent’s three were the new PSB M4U TW1 earphones ($149 USD), chosen because, as Brent said, “The true wireless category (i.e., no cable between the earpieces) clearly has some appeal, as there are a lot of models out there and the Apple AirPods have sold well. But these are the first I might actually like, because they have a more secure over-earlobe design and they’re tuned by Paul Barton.” When I first read Brent’s coverage, I was thinking the same things. 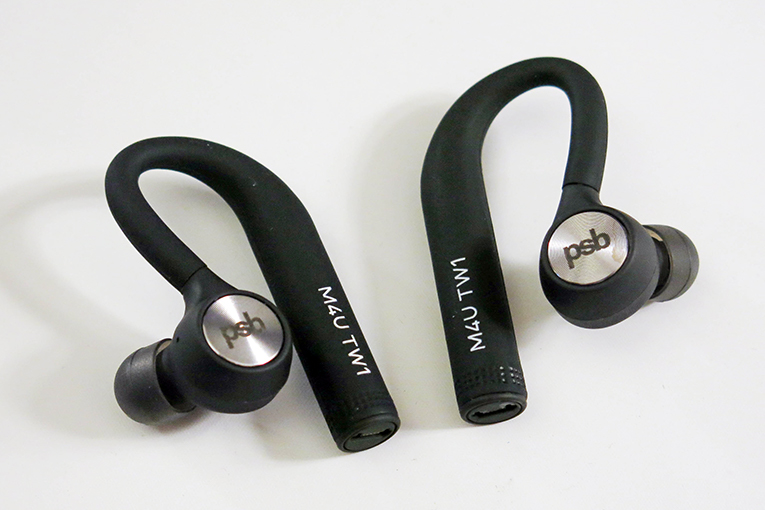 Paul Barton has been considered one of the world’s leading designers of loudspeakers for several decades, and is now also one of the most respected designers of headphones. PSB’s M4U 2 model, Barton’s first headphone design, was released in 2012 and is still thought to be among the very best-sounding noise-canceling headphones around. 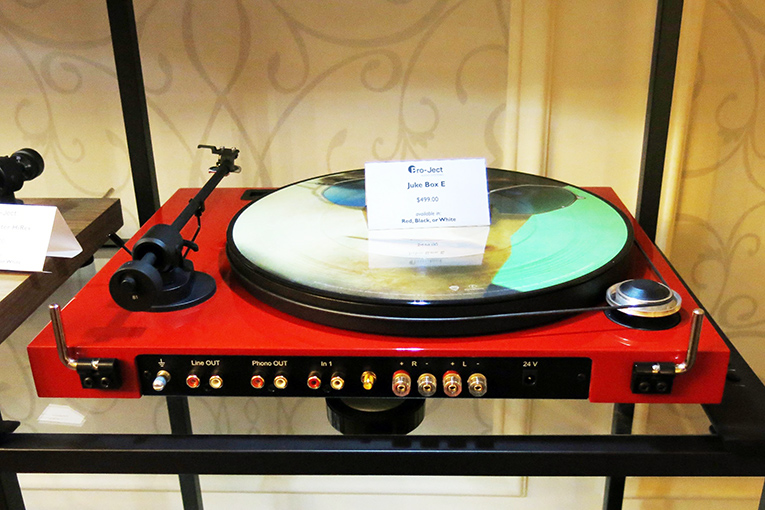 Brent’s next choice was Pro-Ject’s Juke Box E turntable. Costing just $499, the Juke Box E includes not only a tonearm and cartridge, but also a phono stage, a Bluetooth receiver, and a 25Wpc power-amplifier section, all built-in. As Brent wrote in his show coverage, “Just plug in a pair of speakers and you have a full vinyl playback system.” And when he sent me his list, he included this note: “So many people I know want a simple way to get into vinyl, but most of those are of low quality. With the Juke Box E, everything you need is there but the speakers, and it’s a really good turntable, too.” 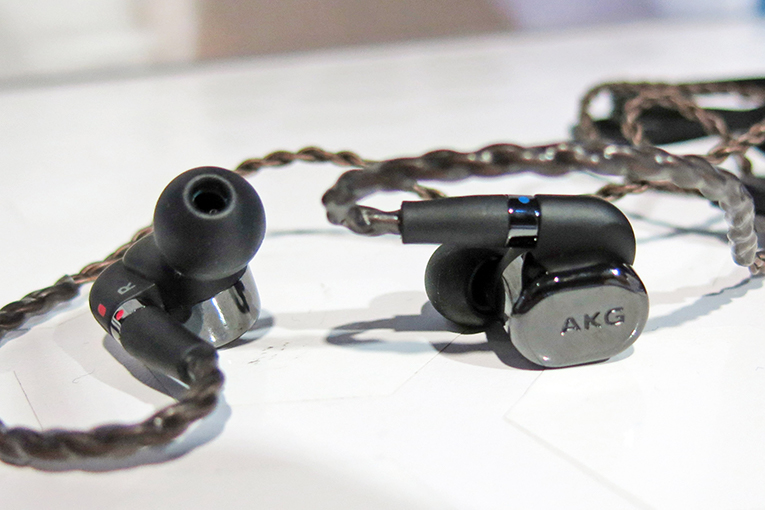 Brent’s third pick was AKG’s K5005 earphones ($999). This elaborate model features five drivers per earpiece -- four balanced armatures and a dynamic driver. In his coverage, Brent wrote: “[T]he K5005s’ multiple drivers made it possible to hit the Harman curve -- a target frequency response for earphones determined by Harman’s famed research division -- with greater accuracy than any earphones yet produced.” He told me that if the K5005s’ output actually conforms to that curve, they might be the best-sounding earphones you can buy. Brent wants to get some K5005s in for review as fast as he can.

Of the speakers Roger Kanno saw and heard at CES 2018, his favorite was JBL’s L100 Classic ($4000/pair), an update of the company’s best-selling, best-known speaker ever: the L100, launched in 1970. Remember the famous ad for Maxell cassette tapes, in which the long hair of a seated rocker is blown straight back behind him by a speaker? That speaker is the JBL L100. 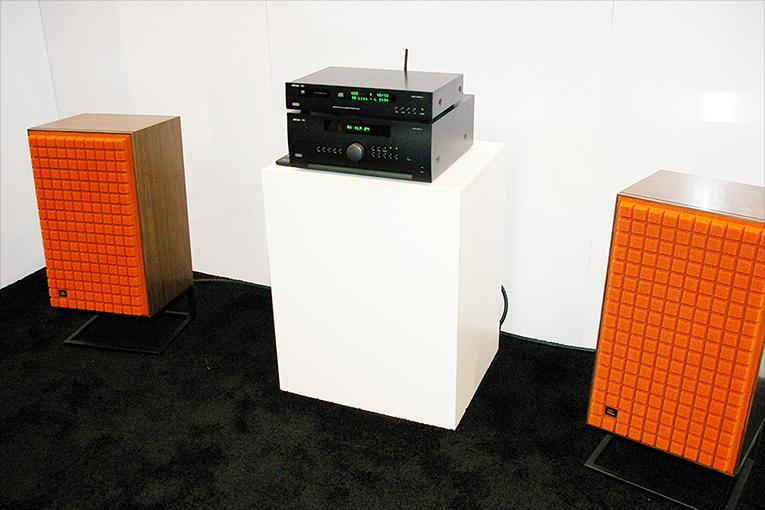 Although the L100 Classic looks similar to the original, right down to the grille of Quadrex foam (available in black, orange, or blue), all of the drivers and technologies used are brand new, and the design chops behind it are the state of the art -- JBL’s parent company, Harman (now owned by Samsung), has long had some of the best design facilities in the world, and the company says it applied what it’s learned in the nearly five decades since the L100’s introduction to make the new model competitive with today’s high-end speakers. 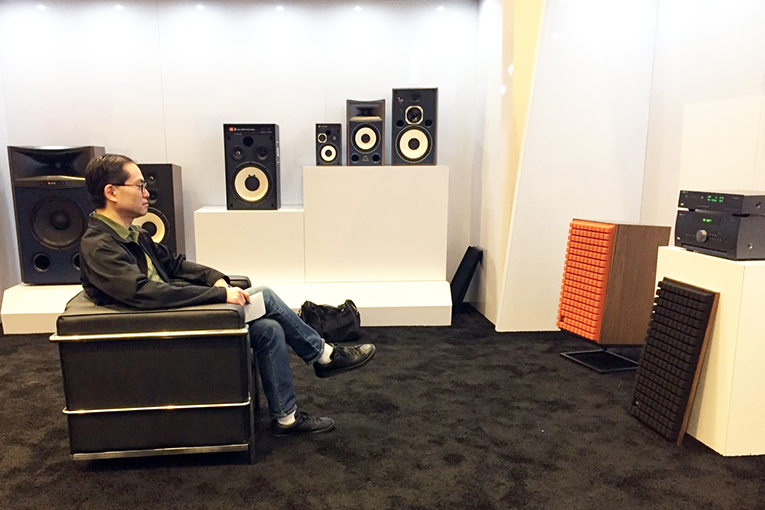 Roger could listen only briefly to the L100 Classic, yet he said that it had “astonishing bass for its size.” It’s expected to be available this spring, at a price, adjusted for inflation, only 15% higher than the cost of the original L100 in 1970 ($546/pair, according to LansingHeritage.org). $4000/pair is a lot for a loudspeaker, but I’m sure JBL will find plenty of buyers with deep enough pockets who want retro looks coupled with modern-day sound.

The new Anthem STR Preamplifier might be considered the opposite of JBL’s new L100 Classic -- the only part of the STR that’s a throwback to yesteryear is its built-in moving-magnet/moving-coil phono stage. (Two weeks before CES 2018, we posted on SoundStage! InSight a video we’d produced about the STR Preamplifier and matching STR Power Amplifier.) The STR Preamplifier costs $4000 and is a fully up-to-date solid-state preamplifier with single-ended (RCA) and balanced (XLR) inputs whose levels can be adjusted to match the volume levels of incoming sources, as well as single-ended and balanced outputs. Extraordinarily low levels of noise are claimed for the STR, which has a built-in digital-to-analog converter that supports PCM signals of resolutions up to 32-bit/384kHz, as well as single- and double-rate DSD. Incoming digital signals of lower resolution are upsampled to 24/192 PCM, and incoming analog signals can be upsampled to 24/192, or left in the analog domain and passed straight through. The STR even has a handy home-theater pass-through that works when the preamp is in standby mode. 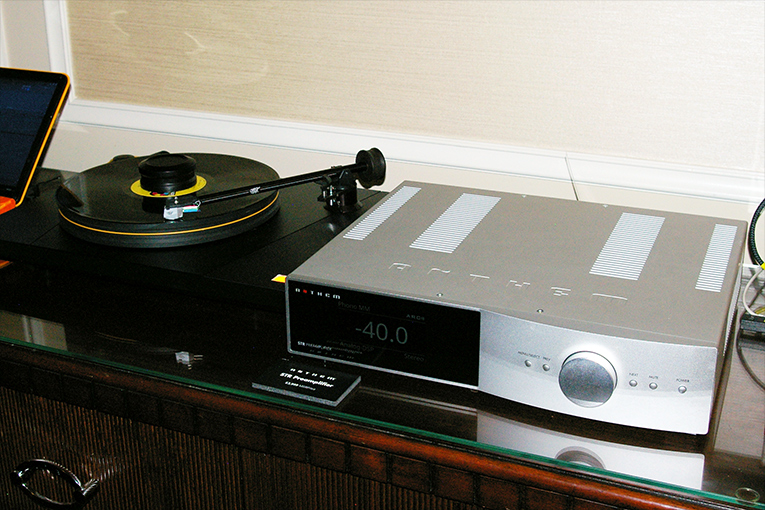 While those features will be welcomed by many, when Roger selected the STR for this list, he said that what “really puts it over the top” is the inclusion of ARC -- Anthem Room Correction, a proprietary equalization software based on decades of scientific research that many consider to be the best available. In fact, Roger was so enthralled at CES 2018 by a system comprising products from sister companies Anthem and Paradigm that, in “CES 2018: My Favorite Things -- and the One Thing They Have in Common,” he wrote: “As I sat there listening to a wonderful presentation of Nat King Cole performing ‘Unforgettable’ on vinyl, processed through the STR preamplifier’s sophisticated DSP engine, I couldn’t help but wonder why more stereo preamplifiers and integrated amplifiers don’t incorporate room correction systems.”

Had Brent had a fourth choice, he would have picked the SVS Prime Wireless loudspeaker ($499/pair). But thankfully, this new all-in-one speaker system didn’t have to be left out -- Roger included it as his own third choice, telling me that “Its price-to-performance ratio is extreme.” 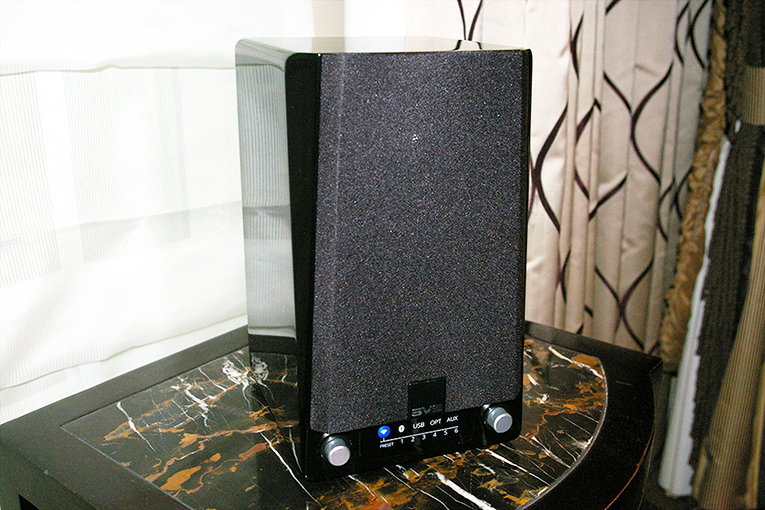 The Prime Wireless has a 24/192 DAC and works wirelessly in hi-rez through DTS’s Play-Fi, which also permits multiroom use, should you wish to chain together a bunch of Primes. Bluetooth compatibility is included for more convenient phone hookup, via the AAC and aptX codecs. The Prime also has USB and optical digital inputs, an analog input to connect a nondigital source, and a subwoofer output -- which SVS demonstrated with one of their own SB-1000 subs ($499.99).

The feature set is important, but for audiophiles, what most matters is the sound -- and for that there’s a 1” tweeter and a 4” midrange-woofer, both based on the drivers used in SVS’s well-regarded passive Prime speakers and each driven by a 50W amp. Brent and Roger were blown away by the Prime’s high-quality sound, plethora of features, and very low cost. My prediction: SVS will sell a lot of these.

Next year at this time, will we publish a list of “The Best of CES 2019”? I do think there will be a high-end hi-fi segment at next year’s show, but it’s anyone’s guess as to how big it will be -- so for now, I can’t commit to sending a team to cover it. What I can tell you is that the next shows we’ll attend will be the Montréal Audio Fest (March 23-25) and Munich’s High End (May 10-13). We’ll cover them on SoundStage! Global, and in this space you’ll see “Best of” features for each.