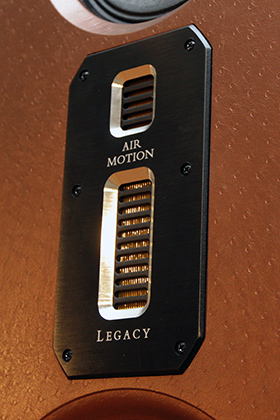 Last month I described the three systems at the Toronto Audio Video Electronics Show (TAVES) 2012 that I thought stood out from the rest, along with two salesmen who also did. This month I’ll describe two great systems (but no salesmen) I saw at the 2012 Rocky Mountain Audio Fest, each fronted by very interesting speakers that are worth looking into if you’re shopping in their price ranges. Here’s that Denver duo:

Legacy’s new Aeris loudspeaker was being shown in the rearward section of a very large room on the RMAF’s main floor, and it’s unlike any other speaker I’ve seen. It’s a 4.5-way design that includes Legacy’s new Dual Air Motion Tweeter for the topmost frequencies, an 8” “titanium-encrusted” midrange working in an open-back chamber (i.e., it operates as a dipole), a 10” midrange-woofer, and a subwoofer section comprising two 12” cones, each powered by a 500W B&O ICEpower amplifier. That’s six drivers! There’s also a processor that provides room correction, though I didn’t get the details about how, precisely, that works with the rest of the system. Legacy claims for the Aeris an in-room sensitivity of 95.4dB/2.83V/m; a frequency response of 16Hz-30kHz, +/-2dB (with the DSP engaged); and an impedance of about 4 ohms. Each Aeris is said to weigh about 200 pounds.

Up front were AVM’s Evolution-series components: CD5.2 CD player, PA5.2 preamplifier, and MA3.2 mono amplifiers. I don’t know much about AVM gear, other than that it comes from Germany, but from what I could tell by simply looking, they seemed like well-built products that aren’t exorbitantly priced -- I was told that the total price of all the AVM components was just over $15,000. No details about cables were provided, but I know from past discussions with Legacy’s Bill Dudleston that he’s no fan of exotic cables or the bold claims often made for them -- I wouldn’t be surprised if it was lamp cord back there. 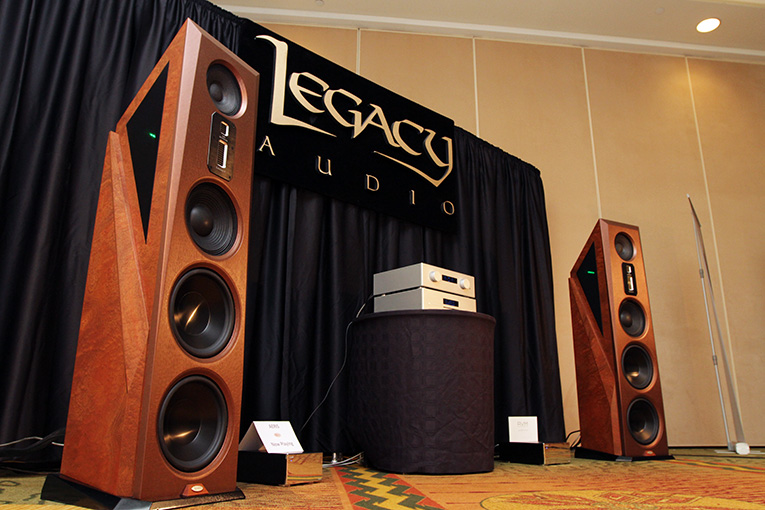 I can’t say I was a big fan of the Aeris’s sharp-angled styling or the demo pair’s gold finish, but when I looked at them closely, I was more than a little impressed with the kind of technology the Aeris offers for $16,900 USD per pair, and was even more impressed when I sat down to listen to them -- I heard extraordinarily deep bass, an extremely natural-sounding midrange and highs, and awesome soundstaging capabilities. The Aeris seriously outclassed many of the very pricey speakers at RMAF, meaning that the Aeris is not only unique, but is also a speaker with top-caliber sound that deserves the attention of anyone searching for a state-of-the-art speaker for a large room. I’ve never been inclined to review a Legacy speaker before, but the Aeris intrigues me. Perhaps an e-mail to Bill Dudleston is in order. 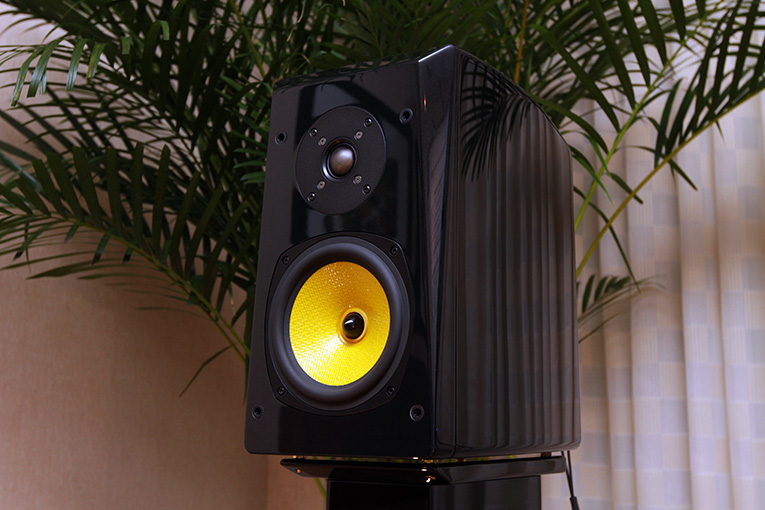 There appeared to be absolutely nothing new or cutting-edge about the Music Culture RL21 loudspeaker, or the companion stand that each speaker was perched on -- no whiz-bang technology to crow about. The only thing noteworthy about it other than its exceptional sound was its Kevlar-based cone, but that’s hardly new or unique, given how long B&W has been using them. Nor do I expect anything revolutionary in a speaker costing $3495/pair (add $785/pair for stands), and no one at RMAF was trying to convince me there was. Instead, the RL21’s designer gave me the lowdown on what he was aiming for: flat frequency response, controlled dispersion, low distortion, and as much bass as the RL21’s small driver and small enclosure would put out without obliterating sensitivity -- all good speaker-design principles. The rest of the system was made up of Music Culture’s new mc501a CD player, which has a USB input for computer hookup ($3995); their mc701 integrated amp ($4595), which has been in their line for a while; and Synergistic Research interconnects, speaker wires, power cables, and PowerCell 4 power conditioner. The whole setup was courtesy Music Culture’s North American distributor, VSO Marketing. 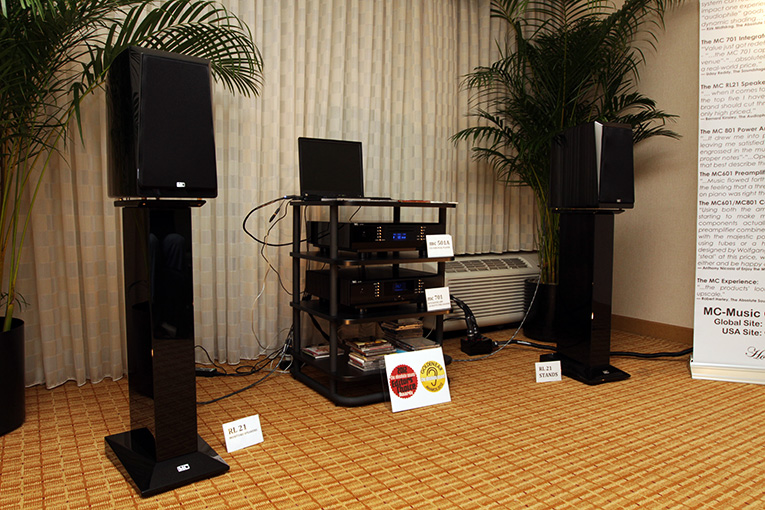 Despite there being nothing revolutionary about the RL21’s design -- or any of the other components being used -- the sound was nothing short of spectacular for a system built around so small a pair of speakers. The reproduction of acoustic piano, in particular, was more indicative of a modest-size floorstander than a pint-size bookshelf model -- the Music Culture’s depth and control in the bass belied the speaker’s size. The richness and detail in the midrange surpassed far costlier designs that I listened to at RMAF, and the highs were noteworthy not only for their extension, but also for their level of refinement and clarity. The RL21 isn’t a uniquely outfitted speaker, like the Aeris; in fact, it’s an easy speaker to pass right by without noticing. But after listening to it for a time, I have to say that it, too, seems like a top-class design that’s well worth consideration at its price point.

I was so impressed with the RL21 that I requested a review pair on the spot. When they arrive, we’ll measure them in the anechoic chamber at Canada’s National Research Council, and one of us (probably myself or Philip Beaudette) will do a full-fledged review to determine if what I heard in Denver can be replicated in one of our listening rooms.

With this RMAF update now complete and our on-the-spot report long since done, our show coverage is finished for the year -- we’ll be attending no other audio events in 2012. But the highlighting of great gear isn’t over yet -- next month I’ll write an end-of-year wrap-up detailing the best products of 2012. After that, in January, we’re off to the 2013 Consumer Electronics Show, to get a first glimpse of next year’s gear. We’ll be determining the best-sounding systems at that show, and will showcase them in this space in the months to come.