You’d be forgiven for mistaking the HiFiMan HE1000 V2 headphones, which Brent Butterworth reviewed for SoundStage! Xperience in December 2016, for the original HE1000s, which Brent reviewed in October 2015 and which, the following month, we added to our list of Recommended Reference Components. They’re priced the same, at $2999 USD, and look almost identical -- but there are differences not only in the two models’ appearances, but in their sounds.

According to Brent’s review of HE1000 V2s, “the most important change is that HiFiMan has reduced the depth of the earcups’ wooden frames from 14 to 11mm, which reduces the total weight from 480 to 420gm.” Though the reduction in mass will obviously make the HE1000 V2s more comfortable to wear, Brent wondered about the manufacturer’s other reason for the change: “HiFiMan’s website claims that this gives the V2s a sleeker look, but my guess is that this model’s target audience doesn’t much care how their headphones look -- especially as the HE1000 V2s would almost never be used outside the home.” 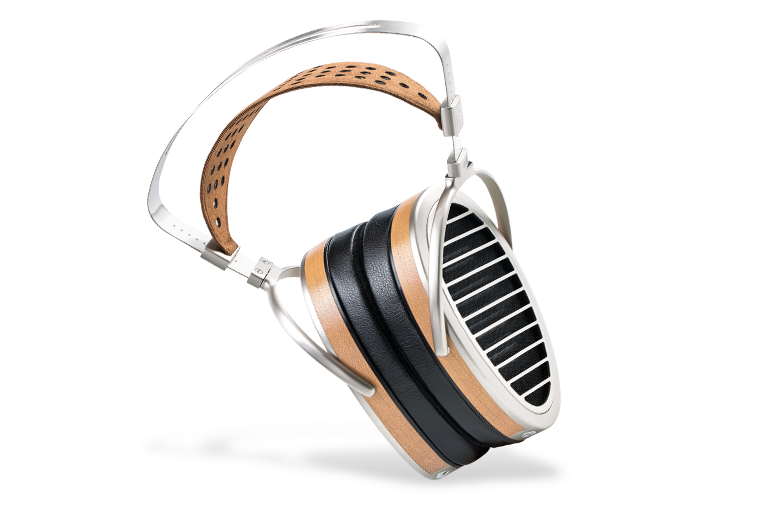 Brent also highlighted two changes to the earpads: “Each pad is thicker and more angled, and the part of the pad that contacts the skin is made of polyester instead of velour,” modifications that “will obviously affect comfort, and almost certainly the sound.” He also pointed out that the headband has been improved “to permit a wider range of adjustment,” and that the supplied cable is a new design that HiFiMan claims improves the sound.

Indeed, Brent found that the changes did make the HE1000 V2s more comfortable to wear: “I found the original HE1000s quite comfortable, and the HE1000 V2s subtly more so. The difference in weight, while not dramatic, is definitely noticeable, and I prefer the feel of the polyester pads, even if velour feels a bit cooler to the touch.” 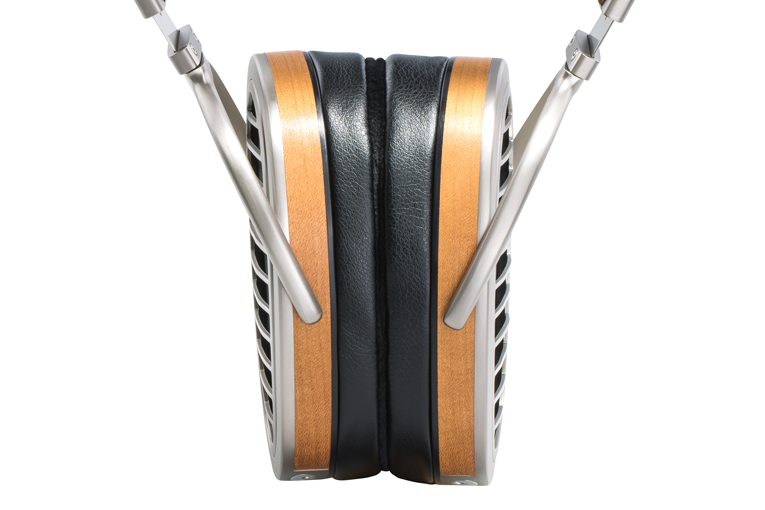 Brent began his appraisal of the HE1000 V2s by listening to “Rosanna,” from Toto’s IV (16-bit/44.1kHz WAV, Columbia), a track that allows him to “find out quickly how one audio product compares to another. . . . I heard some extra brightness: the snare drum was a little snappier, the cymbals a bit crisper.” In the following paragraph, he wrote: “Maybe a little too much extra treble, I thought -- but when I went back to the HE1000s after some 30 minutes of listening, the originals now sounded a bit soft in the treble.” He eventually determined that it was “just a bit more energy in a certain part of the treble range,” and that “it was only a difference, not a clear advantage.”

Later in his review, Brent emphasized what he felt was the HE1000 V2s’ calling card in terms of sound quality:

To me, the biggest strength of this new design is that sense of spaciousness, which can easily be heard from trumpeter Booker Little’s second album as a leader: Booker Little, from 1960 (16/44.1 WAV, Time). It’s a beautifully recorded, gorgeously played collection of tunes by a master musician who died at 23. I don’t know how or where it was recorded, but the album has a wonderfully natural reverberance that’s especially obvious when Little moves back from the microphone in “Life’s a Little Blue,” and during bassist Scott LaFaro’s solo in that tune. The HE1000 V2s beautifully captured the sound of this record, delivering a realistic sense of reverberance appropriate to the material and the period. I played the same recording through Audeze’s LCD-X headphones [$1699], a well-regarded open-back, planar-magnetic design, and while I thought the LCD-Xes’ portrayal of the cymbals and hi-hat sounded smoother and more natural, the Audezes produced a less open sense of space.

Even within the same recording, I could go back and forth about whether the HE1000 V2s’ little bit of extra treble was a good thing. In Valerie Joyce’s recording of “Softly as in a Morning Sunrise,” from Blue Coast Records’ Special Event 31 (DSD64, Blue Coast), the HE1000 V2s gave me a bit more twang and pluck in guitarist Marco de Carvalho’s strings than could be delivered by the original HE1000s or the LCD-Xes. 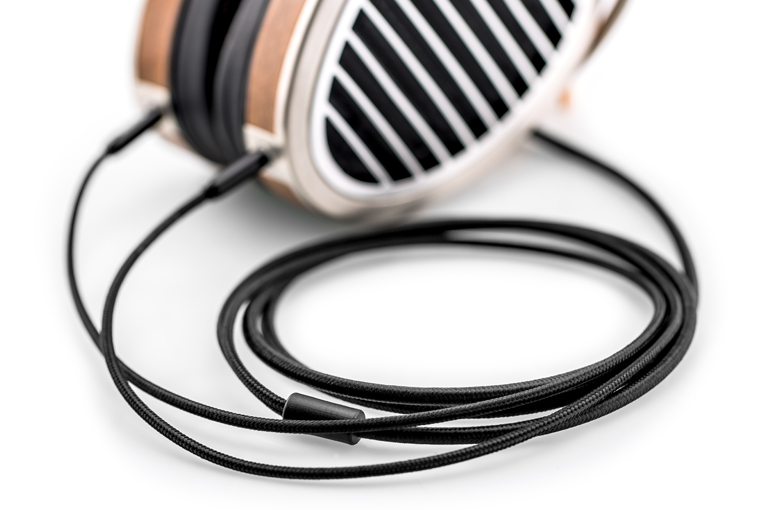 Further on in his review, with a different recording, Brent heard similar results:

[T]he differences I heard through the headphones I’ve mentioned remained consistent with Jeff Beck’s You Had It Coming (16/44.1 WAV, Epic), which I used in my review of the original HE1000s. It’s one of the subjectively loudest, most raucous recordings I own. The extreme nature of this recording showed that the HE1000 V2s could reproduce loud rock competently, but without the gusto some other headphones can deliver. With “Dirty Mind,” the HE1000 V2s delivered a colossal sense of space that I doubt any other headphones on the market could beat. However, at the same listening level the LCD-Xes gave me more kick from the bass drum and from Beck’s low E-string; it felt as if it was pressurizing my eardrums more, which is probably exactly what was happening. The LCD-Xes’ sense of space was less dramatic, their sound darker.

In his “Conclusion,” Brent wrote: “HiFiMan’s HE1000 V2s aren’t all that different from their original HE1000s, and that’s a good thing -- the HE1000s are widely regarded as being some of the very best headphones you can buy.” Instead, he described the V2s’ sound as “a little different from their forebears’ -- not better,” and added: “But hey -- when you’re already making one of the world’s best headphones, it’s pretty tough to deliver a dramatic improvement.” 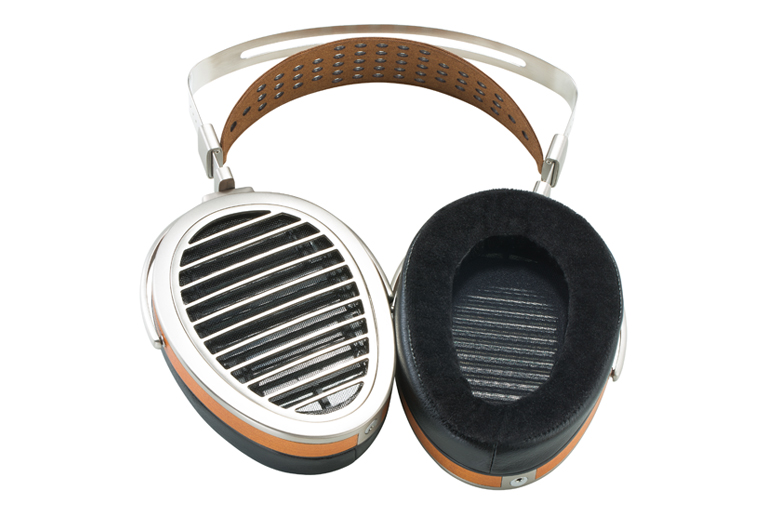 We agree. That’s why we feel that, just as HiFiMan’s original HE1000 headphones belonged in our list of Recommended Reference Components, so do their HE1000 V2s.