Until now, the Rega Research RP8 has been the only turntable listed in our Recommended Reference Components. But that was destined to change after the publication on December 15, 2018, on SoundStage! Ultra, of Jason Thorpe’s review of the VPI Prime Signature turntable.

[T]he Prime Signature has considerable elegance. The crazy-thick slab of aluminum that runs horizontally through the center of the plinth provides a pleasing contrast with the black-clad slabs of MDF above and below it. The proportions of the plinth, rising from the substantial conical feet, draw the eye in toward the massive, glistening platter, which is topped with a felt mat emblazoned with the VPI logo.

The tonearm itself, he pointed out, “continues the vibe of elegant precision”: “it’s the arm’s base that really sizzles -- it’s mounted on a massive column, with a large indexed knob atop the column to permit quick, repeatable adjustments of vertical tracking angle (VTA) while a record is being played.” 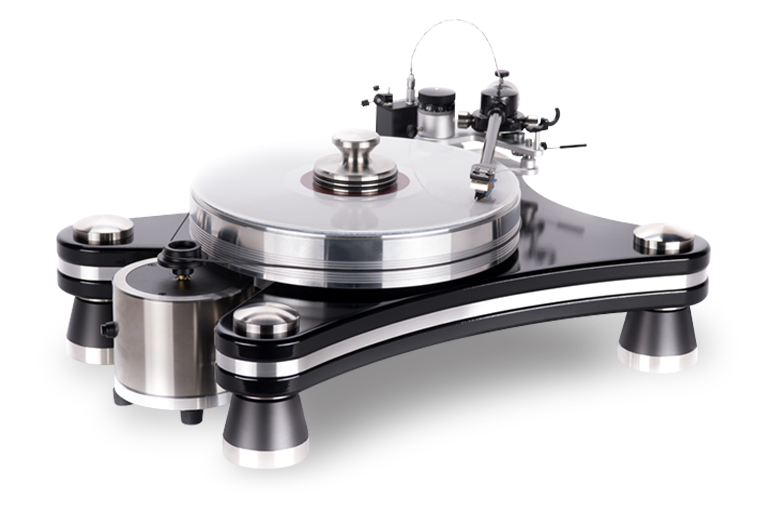 “Setup went smooth as silk” for Jason, even though the Prime Signature is a big, complex-looking, feature-rich device. This was mainly because it came “very well packed in well-organized layers, all parts falling comfortably to hand as needed.” Aiding the process was the inclusion of necessary setup items; e.g., “a custom-made, well-thought-out cartridge-alignment jig and an electronic stylus-pressure gauge.”

As you’d expect with a top-drawer vinyl source, tonearm adjustments can be made for cartridge azimuth, vertical tracking force, and antiskating compensation, which Jason commended: “All in all, the JMW 10 3D is a well-thought-out tonearm, and its degree of adjustability elevates the Prime Signature from a well-made, solidly built turntable to a precision instrument.”

Myriad factors can affect a turntable’s sound: the shelf it’s placed on; the cartridge, phono stage, and cables it’s used with; even the temperature and humidity in a room. This means that determining precisely what that sound is isn’t easy -- it can change from day to day, or from hour to hour. “LPs and the system on which I play them are living, breathing, human artifacts,” Jason wrote. “So it’s no wonder I find it hard to maintain a consistent baseline.” But in his opinion, “The VPI’s sound -- or lack of it -- began with a good, strong grip on the midrange down to the upper bass” that was exposed when he listened to Stewart Copeland’s drumming in “One World,” from a half-speed remastering of the Police’s Ghost in the Machine (LP, A&M ARHSLP005):

Despite the heavy-handed way he batters his poor snare, Copeland also rattles off a whole bunch of other percussion delicacies, and repeated listenings to this track with various ancillary components produced a consistent impression of depth and intricacy. Those whomping snare strokes? The initial connection of stick on skin leaped from the speakers, closely followed by just the right amount of overhang -- not a hit and release, but close. Instead of a one-dimensional crack, the Prime Signature clearly relayed that nanosecond gap between the initial stroke and the resultant reverberation of the snare wires. . . . The combination of the Prime Signature’s rock-solid foundation and the JMW 10 3D’s unflappable grip on the groove regularly excavated these kinds of newfound details from familiar recordings.

Likewise, playing “Another Midnight,” from the Tragically Hip’s Up to Here (LP, MCA MCA-6310), Jason found that “The VPI imposed its will on this track but was never heavy-handed. The music just spooled out of the groove, and that wonderful rhythmic timing helped keep the turntable’s tight grip from sterilizing the overall sound.” 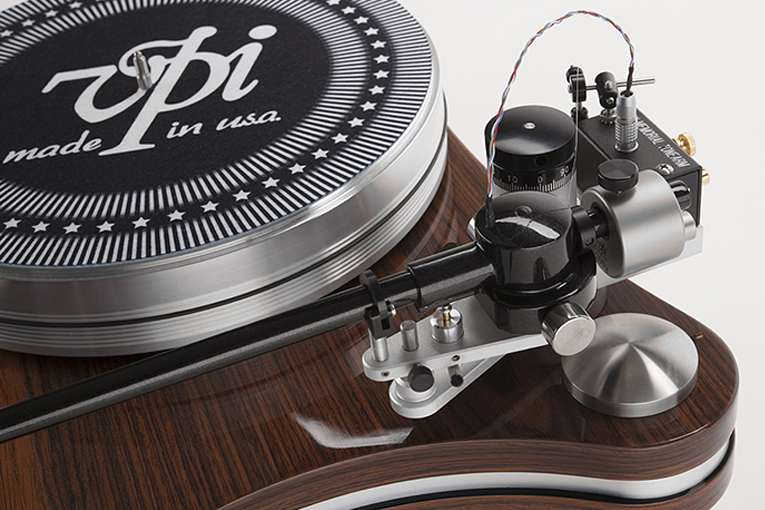 The Prime Signature was no slouch in the reproduction of recorded details -- in fact, that was one of its strengths. But, as Jason found, “Detail retrieval is great and all, but it’s only a means to an end; it shouldn’t be an end in itself. That end is musicality, which to me is a composite of all aspects of the recording coming together to make me happy when I listen to music.” What matters more to him is “an absence of grit, grain, and abrasiveness in the upper midrange and lower treble,” and the VPI delivered just that when he played Joni Mitchell’s “This Flight Tonight,” from a German pressing of her album Blue (LP, Reprise/Warner MSO 2038). Next in line is what he calls “cohesiveness of performance,” which the Prime Signature had in spades:

In “This Flight Tonight,” Mitchell’s voice formed a tight, well-defined central image, and the VPI kept the guitars tight and just to the right, seemingly in the same performance space. As if that weren’t enough, the Prime Signature conveyed a delightful sense of timing, of rhythmic bounce. As Mitchell and [Sneaky Pete] Kleinow worked their strings, I could clearly sense movements of Mitchell’s head as she sang, a sympathetic counterpoint that dramatically added to the realism of this dramatic song -- and thus to my enjoyment of the music.

Jason’s reference turntable is a Pro-Ject RPM 10 Carbon, which retails for $3499 with a 10cc Evolution tonearm but no cartridge: “The Pro-Ject is also extremely neutral, and as such is a fantastic ’table around which to build a high-end analog system.” He compared it with the VPI, and while he felt the Pro-Ject ’table and arm constitute the “better value,” the VPI Prime Signature with JMW 10 3D arm is simply better: “a good, solid listen showed that the VPI builds on the Pro-Ject’s strengths in nearly every way. The Prime Signature threw bigger, more realistic, better-organized soundstages, had tighter bass, and was more neutral through the top of the audioband.” 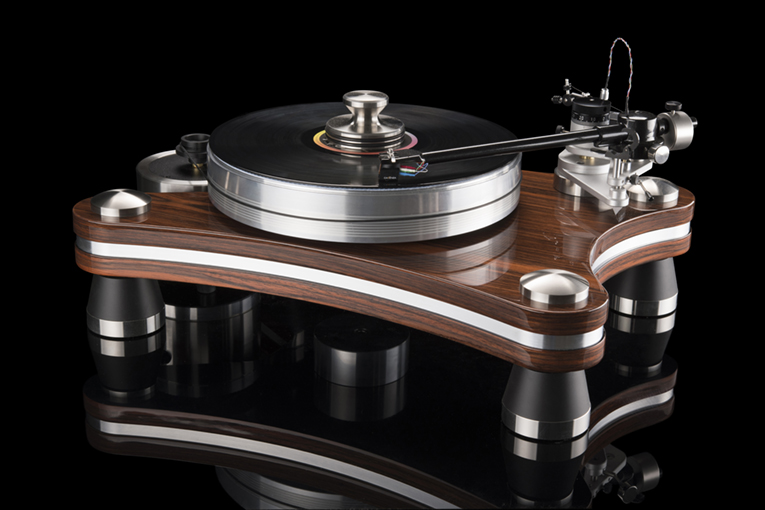 Will Jason make the VPI his new reference turntable? Near the end of his review, he confessed that he “lusts for the Prime Signature” and has “a decision to make.” But even if Jason doesn’t replace his RPM 10 Carbon with a Prime Signature, that doesn’t change what VPI has achieved. The Prime Signature offers top sound quality at a price that, even at almost twice the cost of the Pro-Ject, Jason still thinks makes it a bargain, and which earned it a Reviewers’ Choice award when his review was published, and a 2018 Product of the Year award at the end of the year. Now we add the VPI Prime Signature to our list of Recommended Reference Components -- only the second turntable ever to win that honor.