France’s Focal-JMlab has been on a roll in recent years, producing many highly rated headphones and loudspeakers across all price ranges, several of which have received our Reviewers’ Choice award and made it on to our list of Recommended Reference Components. So far in 2019-2020, four Focal products have won both accolades: the Stellia headphones, reviewed by Brent Butterworth for SoundStage! Solo; the Spectral 40th and Chora 806 loudspeakers, reviewed by Diego Estan for, respectively, SoundStage! Hi-Fi and SoundStage! Access -- and, this month, the Sopra No1 loudspeaker, reviewed for this site in March by Diego. 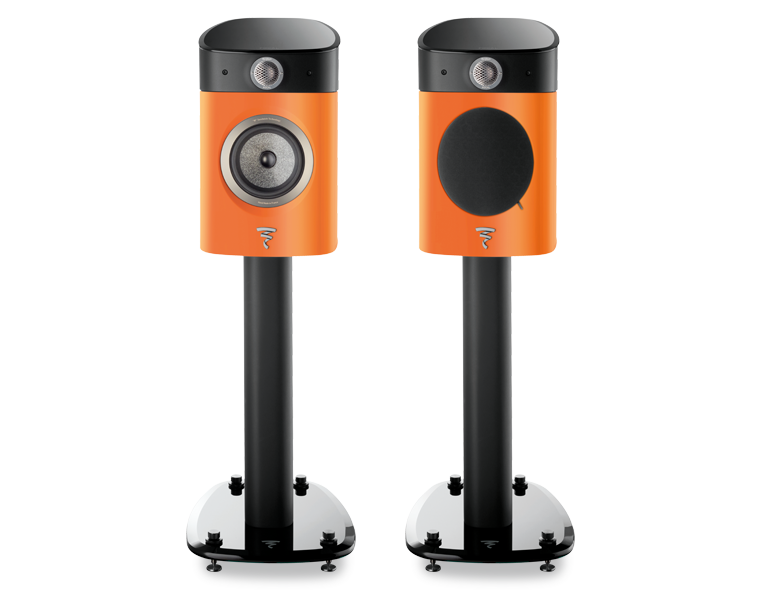 The Sopra No1 is a stylish-looking speaker measuring 16.5”H x 11”W x 15.5”D and weighing 42 pounds. It has a 1” inverted beryllium-dome tweeter and a 6.5” midrange-woofer with a cone made from Focal’s W material, which Diego described as “two sheets of woven glass tissue sandwiching a structural core of foam.” Both drivers are made by Focal, and hand off to each other at 2.2kHz.

Focal’s specifications for the Sopra No1 include a frequency response of 45Hz-40kHz, ±3dB, a sensitivity of 89dB/2.83V/m, and an impedance of 8 ohms. Our measurements of the Sopra No1, taken in the anechoic chamber of Canada’s National Research Council, indicate a slightly lower sensitivity of 86.83dB, and an impedance that stays mostly above 8 ohms -- the No1 should be easy for any amplifier to drive. Our measurements also revealed a very linear frequency response that remained within the specified window of ±3dB from 80Hz to 20kHz, which was as high as we measured. 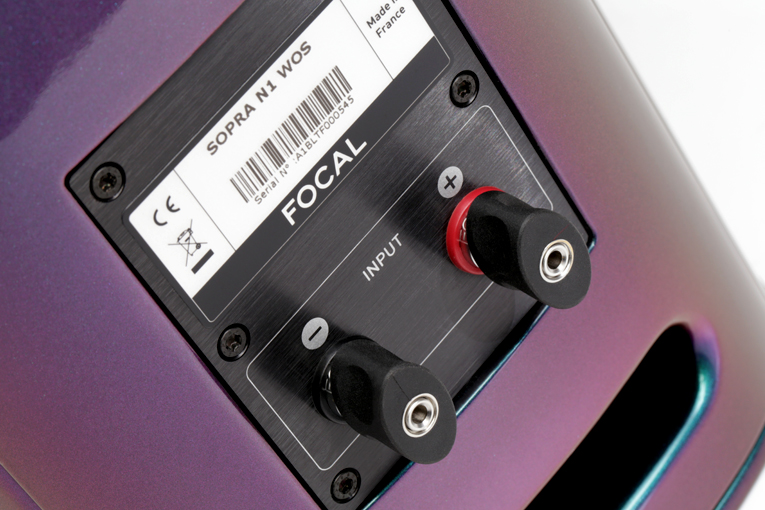 Diego began his listening with “Some Must Dream,” from Nils Lofgren’s Acoustic Live (16-bit/44.1kHz FLAC, The Right Stuff/Tidal). He “heard exceptional transparency -- the two acoustic guitars flanking Lofgren’s voice were reproduced with spooky realism. . . . The aural images were hyper-precise, and the Sopras conveyed each pluck’s every nuance and detail.” He followed that with “Birds,” from Dominique Fils-Aimé’s EP Nameless (24/44.1 FLAC unfolded to 24/88.2 MQA, Ensoul/Tidal): “Jacques Roy’s attacks on his bass’s thick strings had snap and speed, followed by deep, reverberant decays. The Sopras’ bottom end was tight and dynamic and, despite the lingering bass notes, remained composed, with no cabinet resonances to color the sound.” He went on to describe Fils-Aimé’s voice as “a real treat -- high above the tops of the speakers, forming a tightly focused image, airy and detailed. I felt I could reach out and touch her. Again, there was no hint that these palpable sounds were being reproduced in my room by drivers in boxes -- it was a transparent listening experience.” 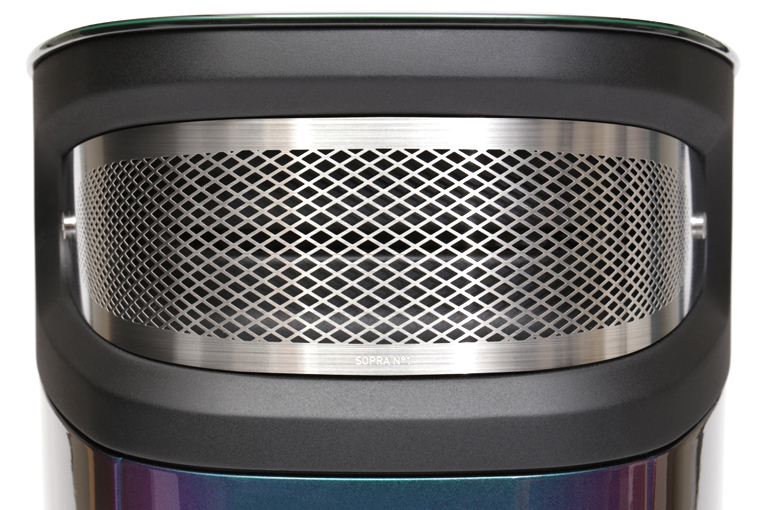 Diego compared the Sopra No1 with another minimonitor, also a Reviewers’ Choice and a Recommended Reference Component: Revel’s PerformaBe M126Be ($4000), which he considers to be “a textbook-accurate speaker.”

With “Hotel California,” from the Eagles’ Hell Freezes Over (16/44.1 FLAC, Geffen), the Sopra No1 won out in the bass, Diego thought: “While both models exhibited superb speed and attack 0:33 into this track, when the bass notes dropped, and without hiding any of the drumstrokes’ subtle reverb, the Focals did have more output and went a bit lower in pitch -- I could feel the bass in my body a little more.” He heard the least difference in the treble: “Both speakers reproduced exquisitely detailed, extended, and airy top ends, but the Sopra No1s had perhaps 1dB more output from 3 to 10kHz, which made them sound occasionally a hair brighter.” 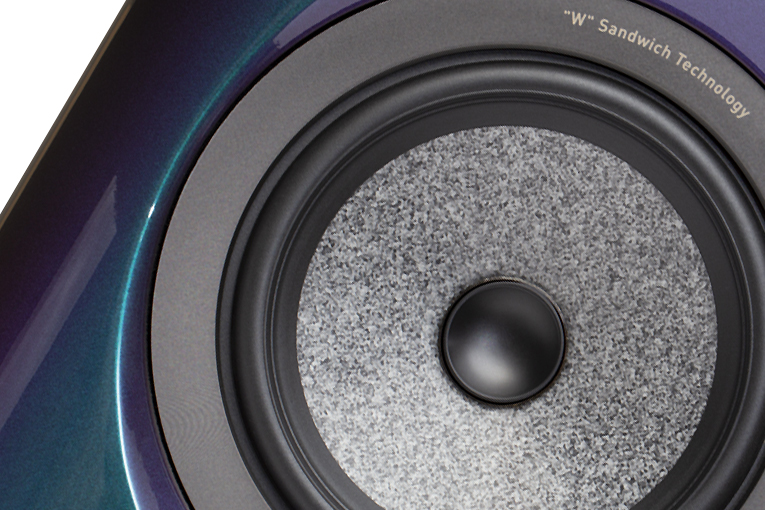 Diego heard the “most significant difference” in the midrange, as was revealed by the title track of Don Henley’s The End of the Innocence (24/48 FLAC unfolded to 24/96 MQA, Geffen/Tidal): “When I focused on Henley’s singing, the No1s’ reproduction of his voice was livelier, more up-front and forward than the M126Be’s’. Through the Focals, Henley’s voice seemed to leap from the mix as an aural image of greater weight, palpability, and height on the soundstage, and surrounded by more air. Nor did the Focals’ additional presence in this regard come at the expense of a reduction in smoothness -- both speakers were liquid-smooth through the midrange even in the chorus at loud volumes, when Henley leans into the mike.”

In comparing the Sopra No1 to the PerformaBe M126Be, Diego acknowledged that the Revel’s much lower price meant that he’d “entered the realm of diminishing returns . . . the Focals weren’t better than the Revels, merely different.” That difference in these minimonitors’ prices, however, didn’t damp his enthusiasm for the Focal. In fact, Diego gave the Sopra No1 the strongest recommendation he could -- he bought a pair. Therefore, this Reviewers’ Choice product is also now this reviewer’s choice for his reference system. As Diego wrote in the last sentence of this review: “if that’s not a ringing endorsement, I don’t know what is.” We agree.