In his July 2020 review of the Accuphase C-2850 preamplifier, Doug Schneider pointed out the “huge price discrepancy” between what the Japanese company’s component sells for in the United States, in US dollars, versus what it sells for in Canada in Canadian dollars—$35,500 in the US compared to $24,999 in Canada (at the time the review was written, the Canadian price converted to $20,568 in US currency). But Doug also stated in his review that while “the C-2850 is something of a steal among high-end preamps” for what it sells for in Canada, he couldn’t call the C-2850 “overpriced” in the United States, “because it is a great preamplifier.”

The C-2850 is Accuphase’s second-from-the-top preamplifier—the C-3900 resides above it in the product range. But as Doug stated in the review, “the look, feel, and features don’t make you feel like you’re getting a compromised product.” It has beautiful retro styling and is extraordinarily well built, both inside and out. There’s also an attractive, button-rich remote control included. On the C-2850’s rear panel are five pairs of single-ended (RCA) inputs and two pairs of balanced (XLR) line-level inputs, plus, bypassing the volume control, one pair each of single-ended (RCA) and balanced (XLR) preamplifier line-level inputs for the hookup of a source component with its own volume control. There are single-ended (RCA) outputs and inputs for creating a recording loop, and there’s the option to add an internal phono stage (Accuphase’s AD-2850), which adds another two pairs of single-ended (RCA) inputs, one for a moving-magnet phono cartridge, the other for a moving-coil cartridge. There are also two pairs each of single-ended (RCA) and balanced (XLR) outputs on the backside, and there’s a 1/4″ jack on the front panel for connecting headphones.

On top of the plethora of inputs and outputs are more features, some typical for a preamplifier, others not. Examples of more typical ones are balance and phase-inversion controls, which can be found on the C-2850’s front-mounted drop-down panel, as well as a pushbutton labeled Attenuator, located near the front panel’s bottom right, which reduces the volume by 20dB.

The C-2850’s atypical features are all on the drop-down panel: a Gain dial, which is used to set the preamp’s gain for 12, 18, or 24dB; a Phones Level dial, which can be set to Low, Mid, or High, depending on the sensitivity of connected headphones; a Filter button, which shelves off frequencies below 10Hz; and a Compensator dial, which, if set to 1, 2, or 3, boosts the bass frequencies by 2, 4, or 6.5dB respectively, for the amplifier and headphone outputs. The Compensator is mainly intended for low-level listening, since the human ear can have difficulty picking up bass frequencies when the volume gets too low. Doug didn’t find much use for it with his speakers, but he did find it useful for his Sennheiser HD 560 headphones, which he used to test the headphone output. 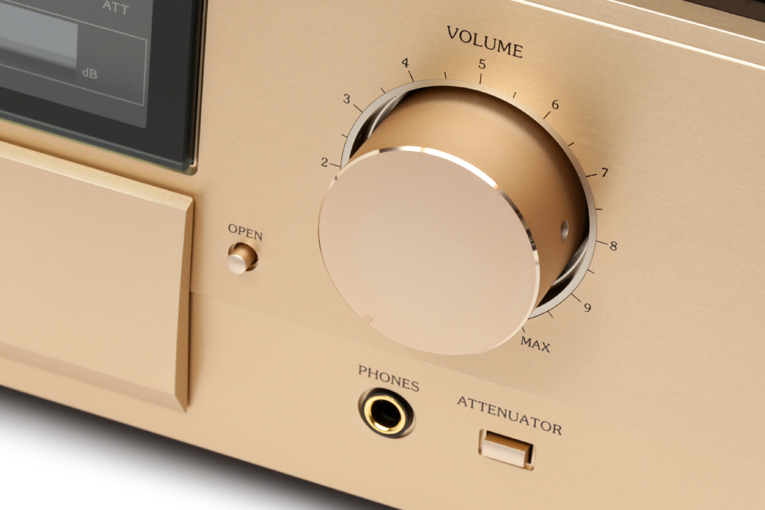 Overall, Doug found that the C-2850 was as neutral and revealing as the best preamps he’d heard until then, and just as quiet. For example, when he had the Taurus monaural amps connected, with the C-2850’s gain set to 12dB, Doug wrote that when he “cranked the volume control to its maximum and put an ear to a tweeter,” he heard a hiss that was just as faint as when the Karan Acoustic LINEb preamplifier, which offers just 6dB of gain, was used in the same setup. The LINEb was recognized as a Recommended Reference Component in May of this year. Based on that experience, he wrote: “This kind of surprised me because I thought with double the gain over the LINEb, I might get a little more noise from the C-2850, but I didn’t.” The C-2850’s lack of noise was also evident when he used it with the C 298 and Eigentakt amps—even when the preamp was set for higher gain. 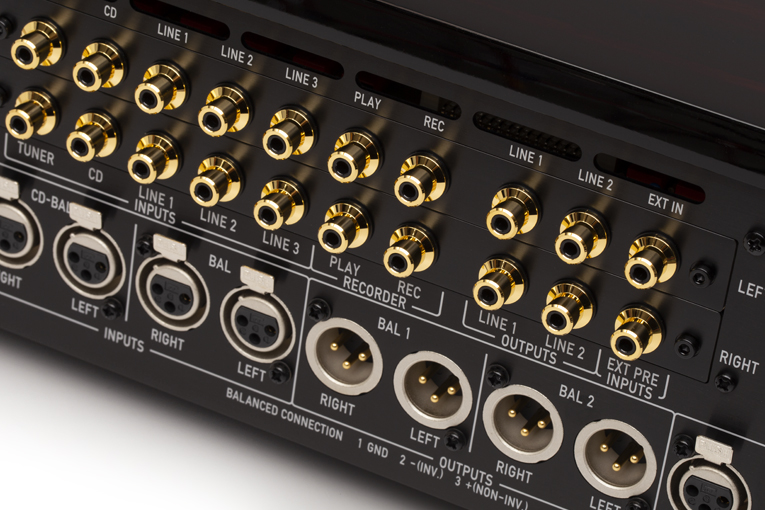 What was also consistent as he switched the amps and speakers was how neutral, clean, and detailed the C-2850 sounded. When he used the C-2850 with the Constellation/Revel combination, he wrote: “The C-2850 presented a perfectly neutral presentation across the audible frequency range and revealed all the detail I’d previously heard.” With the NAD C 298 driving the Vivid S12s, he noted that he “heard the same kind of coloration-free, silky sound” that he described hearing from the Constellation/Revel setup. And with the Purifi Eigentakt and the Paradigm 100Fs, the following passage illustrates what he heard:

I’ve recently become smitten with Lana Del Rey’s Chemtrails over the Country Club (16[-bit]/44.1[kHz] WAV, Interscope Records/Polydor Records), with the first track, “White Dress,” currently being my favorite. However, as much as I like “White Dress,” its bass is light and its highs sound too tipped up. There’s also a wispiness with Del Rey’s voice that can be off-putting.

The C-2850 hid none of that trebly, wispy sound, but it didn’t exaggerate it either. Nor did it add any bass that wasn’t there (though I could’ve added some with the Compensator dial). As far as I could tell, I heard the recording reproduced exactly as it was intended.

The C-2850 produced the same coloration-free, high-resolution sound from its headphone output. When he played “Bardo Rush,” from Bruce Cockburn’s Crowing Ignites (16/44.1 FLAC, True North Records), Doug noted that the sound was “wickedly detailed and Cockburn’s guitar was reproduced with the robustness it should have.” With Bruce Springsteen’s Nebraska (24/192 FLAC, Columbia Records), which he listened to in its entirety, he penned that “sound out of the jack was difficult to criticize—it was clean and detailed, just like the preamp produced when I listened through speakers.” 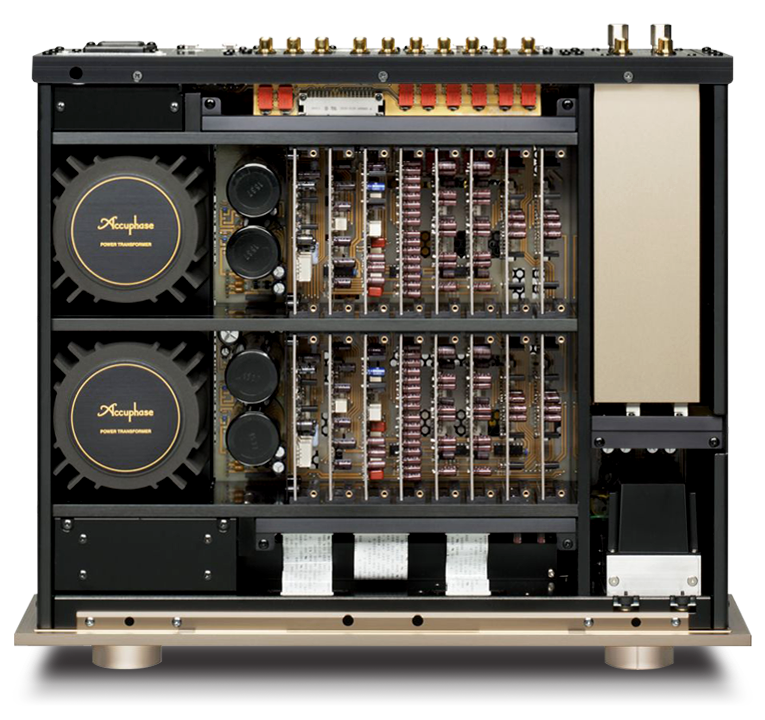 Doug summed up his impressions of the Accuphase C-2850 preamplifier by stating that it “embodies the best of what a high-end hi-fi component is about—quality in every respect.” Its quality is what led to the C-2850 receiving a Reviewers’ Choice award at the time the review was published—and is also why this fabulous preamplifier has earned a Recommended Reference Component award. This preamp from Japan is hard, if not impossible, to fault, irrespective of price.