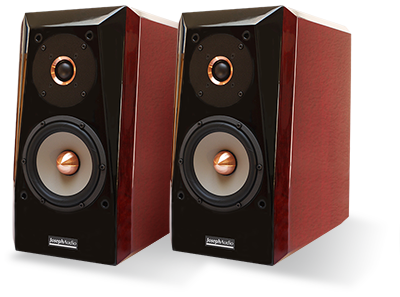 Usually, the speakers we name as Recommended Reference Components are large three- or more-way floorstanding models capable of reproducing bass that reaches or approaches 20Hz. Such low-end depth is necessary to reproduce the full range of audible frequencies (aka the audioband), which extend from 20Hz to 20kHz. But sometimes we review small speakers that, despite not being able to reproduce the bottom octave -- or even the bottom two octaves -- still deserve recommendation for their exemplary performance above that range. Such a loudspeaker is the Joseph Audio Pulsar, a two-way, stand-mounted design that sells for $7700 USD per pair.

When Graham Abbott reviewed the Pulsar in January, he dealt with the issue of bass right away. He heard the usual limitations of small speakers, but also some surprising strengths: “Tosca’s Delhi9 (CD, G Stone K-7) has some very deep bass and bass tones that the Pulsars admirably reproduced, trading off the very lowest frequencies for a rhythmic, resonant underpinning that refused to weigh the music down. The Pulsars couldn’t replace the bass reach and solidity of a high-end floorstander, but they might fool you into thinking you’re close.

“The speed of the Pulsar’s bass was revelatory with acoustic jazz. I played a lot of Bill Evans, and Scott LaFaro’s double bass sounded incredible, with all the sinewy twists and turns in his technique easy to follow -- and the pacing was perfect. That speed and clarity were perfect adjuncts to the tunes on Stoa, by Nik Bärtsch’s Ronin (CD, ECM 1939), in which Bärtsch leads his band through a series of acoustic workouts. The music is at turns bombastic and intimate, the band is incredibly tight and fluent, and the sound is splendid. I played the 15-minute opener, ‘Module 36,’ a number of times back to back. It moves from a contemplative opening to a frenetically paced climax, and the Pulsars’ pace, rhythm, and timing were riveting: kick drums and bass lines were completely distinct, beautifully articulated, and had great impact. These speakers could provide a convincing facsimile of real bass wallop.”

Above the low end, the good news continued: “The Pulsar’s midrange was equally excellent, with a delightful tonal and textural elegance that combined with that addictively stunning speed and transparency in the bass. Anyone who enjoys solo acoustic guitar must own a copy of Late Works, William Carter’s recording of compositions by Fernando Sor (24-bit/192kHz AIFF, Linn Studio Master). It’s a superlative recording, and the Pulsars delivered massive amounts of detail -- rarely have I heard all the subtle nuances of fingers on strings and fingerboard, and the distinct timbre of nylon strings, rendered so convincingly, or placed within so perfectly described an acoustic.” 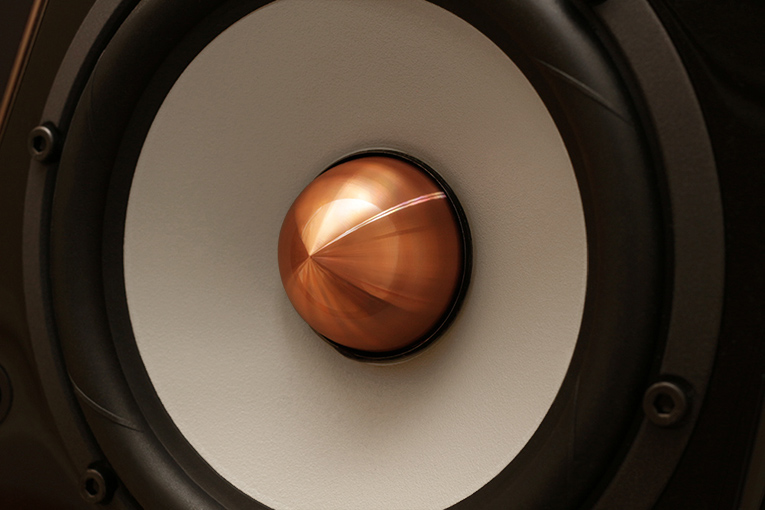 Graham’s highest praise was reserved for the Pulsars’ soundstaging and imaging: “The Pulsars imaged and soundstaged better than almost any other speakers I’ve ever heard, minimonitor or floorstander. The manual indicates that the buyer should expect the soundstage to extend about a foot in front of and behind the speakers. In my room, the soundstage began just behind the Pulsars and went incredibly deep and wide; images floated entirely free of the cabinets. Musicians and instruments were located precisely, their images nicely rounded, clearly outlined without being etched. With some recordings, the 3D effect was almost uncanny, as was the Pulsars’ ability to capture all the subtle ambient cues that make for a particularly immersive acoustic. When I played something recorded in a large hall, I heard that acoustic faithfully reproduced; and smaller spaces felt correspondingly more intimate without losing the sense of real volume.”

In the anechoic chamber of Canada’s National Research Council, the Pulsar measured as well as it sounded. The speaker has a commendably flat frequency response on axis -- +/-2dB from 80Hz to beyond 20kHz -- as well as consistent off-axis response across an extremely wide listening window, which will ensure a proper tonal balance in-room, and likely contributed to the excellent soundstaging and imaging Graham heard. There’s a slight increase in energy between 500 and 1000Hz, but it’s subtle enough that it will likely only give a hint of presence to voices and to instruments that occupy that range. Overall, however, the Pulsar can be considered neutral. Bass depth is limited, given the speaker’s small midrange-woofer and cabinet -- its bass output begins to diminish at about 80Hz. However, this rolloff is gradual enough that there is usable output to about 40Hz (-10dB), which is fairly low, and is probably why Graham was generally satisfied with the Pulsar’s bass depth. 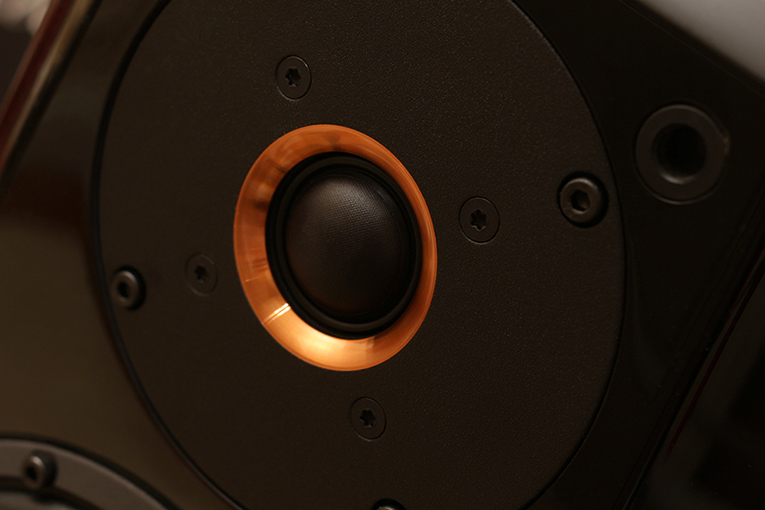 The Pulsar’s total harmonic distortion plus noise is less than 1% from 80Hz to 10kHz at an output level of 90dB (measured at a distance of 2m; equivalent to 96dB at 1m), which is good for a small speaker. The only real concern is the voltage sensitivity of 82dB (2.83V/m), which is quite a bit lower than average (we’ve found the average to be around 87dB). As a result of its low sensitivity, the Pulsar will need significantly more power than a typical speaker to produce the same output level. However, the Pulsar’s low sensitivity is somewhat offset by its impedance, which remains above 8 ohms most of the time. So while the speaker might need a fairly powerful amplifier to play loudly, it requires little current and therefore should be very easy to drive -- even a tubed amplifier would suffice. (Graham used a 40Wpc tube amp for his listening and found the sound satisfactory.)

With a strong subjective performance backed by solid measurements, Joseph Audio’s Pulsar is an easy choice for our Recommended Reference Components list, and might be an easy choice for your home. As Graham Abbott said at the end of his review, “They sound stunning. After hearing them, you, like me, will probably want to own them.”