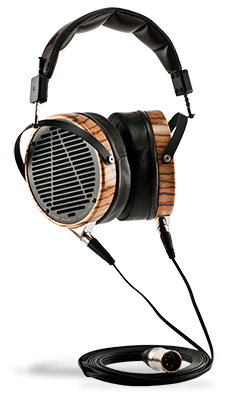 Audeze LLC, based in Fountain Valley, California, is a relative newcomer to high-end headphones, yet has quickly become a darling among audiophiles. Audeze debuted its first headphone model, the LCD-1, in 2009. Apparently, it was enough of a success that the company’s designers immediately went to work on the LCD-2 ($1145 USD), which they still produce today. Now the Audeze roster includes three more headphone models, including the most expensive, the striking-looking LCD-3 ($1945), which Garrett Hongo reviewed for SoundStage! Xperience in March 2014.

One of the things that has likely contributed to Audeze’s success, and the distinctive sound that their headphones have become known for, is their use of planar-magnetic drivers instead of the dynamic drivers found in most headphones. As Garrett explained in his review, the claimed benefits of planar-magnetic drivers include “faster, more coherent sound than a cone because the diaphragm moves ‘as one’ rather than, like a cone, beginning from the center outward, which makes cones more susceptible to breakup at higher frequencies. In addition, since the Audeze driver is so large, the excursion it needs to move a given amount of air is far less than a conventional cone would need -- which also, in theory, should result in less distortion.”

But in hi-fi, the true value of any technology is the quality of its sound. According to Garrett’s very positive review, the LCD-3s’ planar-magnetic drivers more than proved their worth: “The Audezes did very well with a variety of vocal styles and registers. Operatic tenor Joseph Calleja’s powerful chest voice and radiant head voice both came through beautifully in Puccini’s ‘Che gelida manina,’ from Calleja’s The Maltese Tenor (16/44.1 ALAC, Decca). Chilling were Joni Mitchell’s high soprano notes in ‘I Had a King,’ from Joni Mitchell (16/44.1 ALAC, Reprise), the speed of her vibrato making everything sound more gothic -- and her broad chest voice added a darkness that contrasted with the haunting top notes. Finally, I heard great ambient depth and clearly separable vocal lines in Dulces exuviae, a motet for four parts by Josquin Des Préz and sung by the Huelgas Ensemble, directed by Paul Van Nevel, on Le Chant de Virgile (16/44.1 ALAC, Harmonia Mundi). There were rich harmonics, a smooth bass, and, in the tenor and soprano parts, clear trebles. I heard a superb sweep of choral sound as the melodic line moved through the tenor and soprano voices -- I had a feeling of sailing, flying through the music. There was great delicacy in passages of decrescendo, the bass singer providing a solid foundation for the other soloists.

“Acoustic piano was a great pleasure to hear through the LCD-3s. Alice Sara Ott’s recording of the Promenade from Mussorgsky’s Pictures at an Exhibition (ALAC 16/44.1, Deutsche Grammophon) had a rich, authoritative sound, bountiful in harmonics, great in sustain and decay. Kenny Barron’s comping in ‘Stella by Starlight,’ from Stan Getz’s Anniversary (16/44.1 ALAC, Verve), was rich and deft, alternating between chords and trilling fills. Best of all might have been pianist Yevgeny Sudbin in Beethoven’s Piano Concerto No.4, with the Minnesota Orchestra conducted by Osmo Vänskä (24/44.1 FLAC, BIS). In the first movement, Allegro moderato, after the great, long orchestral introduction, Sudbin’s playing sounded agile and articulate, with intricate trilling, magnificent rolling arpeggios, and exquisite chromatics in a ringing crescendo. His playing had great weight, sweep, precision, and harmonic richness that together demonstrated a breathtaking range of pianism, all rendered with ease and aplomb by the LCD-3s.”

Garrett also made specific mention of the LCD-3s’ bass performance: “‘Redención,’ from Cuban bassist Orlando Cachaito López’s Cachaito (16/44.1 ALAC, Nonesuch), features López’s big, thumping double bass, which energized the LCD-3s like no other track. From Cachaito there were strong impacts, lingering reverberations, and deft glissandi. There were also fine mid- and upper-bass articulation and a great rhythmic foundation from Cachaito and punctuation from the drums, both of the latter using repeated figures. James Carter’s bass saxophone in ‘Nuages,’ from his Chasin’ the Gypsy (16/44.1 ALAC, Atlantic), sounded like the coal-fired engine of a freight train blatting out the tune, astonishingly agile in a low register. Finally, the foundation of fine, oceanic swells from the double basses of the BBC Symphony Orchestra led by Jiří Bělohlávek in the first movement, Adagio moderato, of Elgar’s Cello Concerto, with soloist Jean-Guihen Queyras (24/96 FLAC, Harmonia Mundi), was deeply resonant and satisfying.”

The only strong word of caution that Garrett had about the LCD-3s was that, to get the best from them, he felt their low sensitivity required that they be partnered with a powerful-enough amplifier. Not all of the headphone amps he had on hand worked well with the LCD-3s: those that did best were the Heed CanAmp and Pathos Aurium, which are dedicated headphone amps; and the T+A Elektroakustik DAC 8, which is a combination headphone amp and digital-to-analog converter. 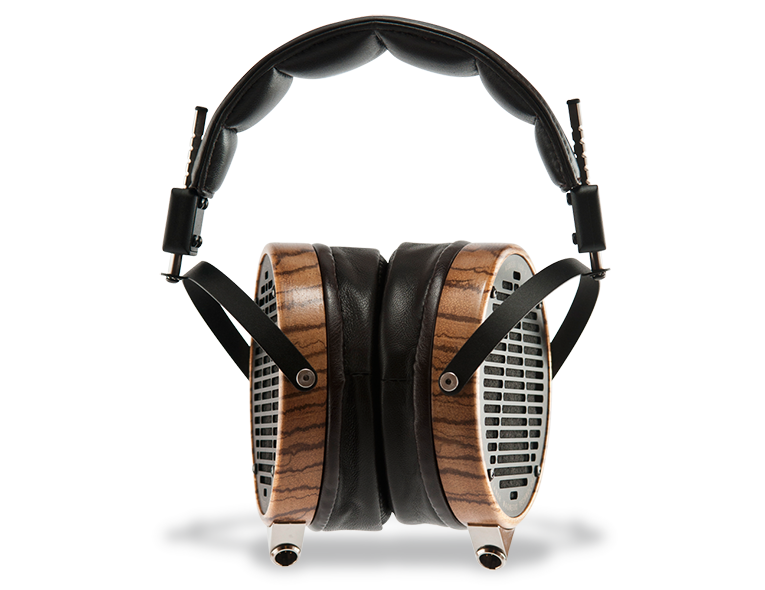 Brent Butterworth’s measurements of the LCD-3s, which accompany Garrett’s review, reveal a well-engineered product. Brent described the Audezes’ frequency response as “textbook for planar-magnetic headphones,” and with “near-zero distortion” at 100dB. He measured the LCD-3s’ sensitivity as being 94.5dB, however, which is significantly lower than that of a conventional-driver design such as the Alpha Design Labs H118 (103.9dB). This corresponded well with Garrett’s statement that the LCD-3s need sufficient amplifier power to perform at their best.

In the “Conclusion” section of his review, Garrett described the Audeze LCD-3s as being of “reference level,” and that “The Audeze LCD-3s created the best head-fi listening experience I have yet had” -- strongly appropriate words for this Recommended Reference Component.