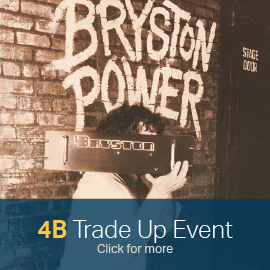 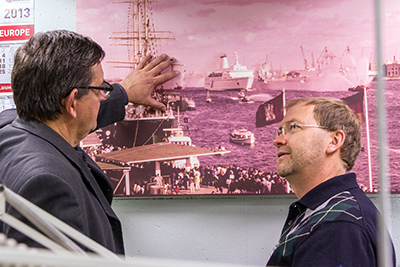 Sven Bilén and Thomas Werner, chief engineer at ELACWhen I told SoundStage! Network editor Jeff Fritz that I’d visited the speaker manufacturer ELAC, he said that he was very curious about the company. “Write!” he said. I immediately objected -- my beat is Scandinavian audio, and ELAC is in Germany. His reply: “The Scandinavian man travels.”

Actually, it’s not entirely odd that I’d cover ELAC for this column -- the company is based in Kiel, in Schleswig-Holstein, the northernmost state of present-day Germany. Several times in its history, Schleswig-Holstein has been part of Denmark, and it’s only a four-hour drive from my home. Kiel is now mostly known as a mecca for sailors, with major regattas and fantastic conditions for boaters.

A Visit to Raidho 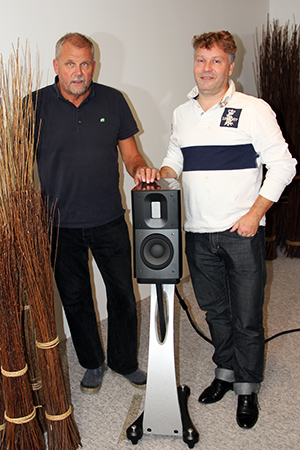 Lars Kristensen and Michael BørresenThere are many manufacturers of high-quality hi-fi in Scandinavia. Denmark has, over the years, been the creative engine, and Denmark is also where we find most of the manufacturers. Speakers have always been the key product and still are today.

One of the most talked-about companies right now we find in Denmark, in the northernmost part of Jutland. We're talking about the speaker manufacturer Raidho. The company first appeared more than ten years ago and quickly gained a lot of attention. However, during the first years they caused both confusion and appreciation.

Behind the company we find Lars Kristensen, who for many years was the international face of the US cable company Nordost, along with innovative designer Michael Børresen, originally a mechanical engineer but later also educated in electrical design -- and a lot more.

They got to know each other many, many years ago, at a time when Lars was a salesman for hi-fi. Michael was one of those "difficult customers," one that never was impressed and always said that he really could do it better himself. Their paths parted, but many years later they met one late evening in a line at a hot dog stand. Michael told Lars that he was playing with developing a ribbon tweeter. To Lars that sounded really interesting: “Tell me more!” They soon began a partnership and eventually fully developed an element, and they actually also sold quite a few of them.

Intro to the Scandinavian Scene, plus Marten and Dynaudio 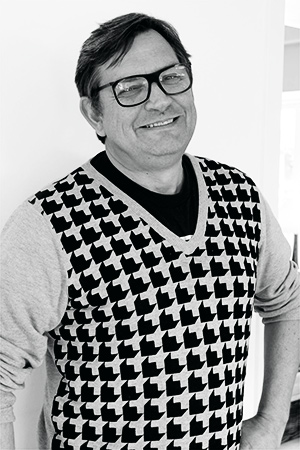 This is my first piece for SoundStage! Hi-Fi. I’ve written about hi-fi for over 25 years, first for the Danish-Swedish magazine High Fidelity, which for 12 years I partly owned. We buried the magazine late 2009 -- the global financial crisis killed off many Scandinavian niche magazines. I then started a Web magazine, nomono, also for Denmark and Sweden, and I write reviews for other publishers. For the Norwegian magazine Lyd og Bilde, a magazine published in all three Scandinavian countries in their respective languages, I mostly write about high-end gear. I’m a Swede who lives in Denmark and writes for a Norwegian publisher -- that’s Scandinavia for you.

I ran into the SoundStage! Network’s Robert Jorgensen in the pressroom at this year’s Munich High End show. Robert is one of my former contributors, and we hadn’t seen each other in a few years. A really nice surprise meeting him -- he’s a very nice guy. He introduced me to Doug Schneider, and the talk soon drifted to my writing about the Scandinavian hi-fi scene.

“The Scandinavian scene?” you ask. ”Does anything really happen up there?” Well, for a start, it’s a vivid hi-fi industry with a high grade of ingenuity. That shouldn’t be surprising -- the industry has the Scandinavians to thank for both the loudspeaker and the tape recorder, to mention just two of the early inventions. I guess our climate leads us to indoor activities for most of the year, and our relatively high level of education lays a solid foundation for hi-fi studies. And since there’s also a big music industry and a lot of singing and playing going on, sound and music are big parts of our lives. There’s a lot of activity in the Scandinavian hi-fi industry, in the more affordable and the extreme high-end sectors, and in everything in between . . .