After many years of producing, basically, the same few lines of loudspeakers, Paradigm recently revamped almost its entire range of hi-fi speaker models. Except for the Atom, the naming convention used for the new Monitor SE series is entirely different from that of the previous line, and comprises fewer models -- and completely gone are the venerable Studio and Signature lines, now replaced by the intermediately priced Prestige line. Of course, change can be good -- built into Paradigm’s tour-de-force model, the Persona 9H, is a powered subwoofer as well as Anthem Room Correction; the 9H and other Persona models offer state-of-the-art performance at prices that are reasonable by high-end standards. I was a bit disappointed to see the costlier but still high-value Studio and Signature lines retired, but the new designs, including the budget Monitor SE series, incorporate many cutting-edge technologies trickled down from their top models. 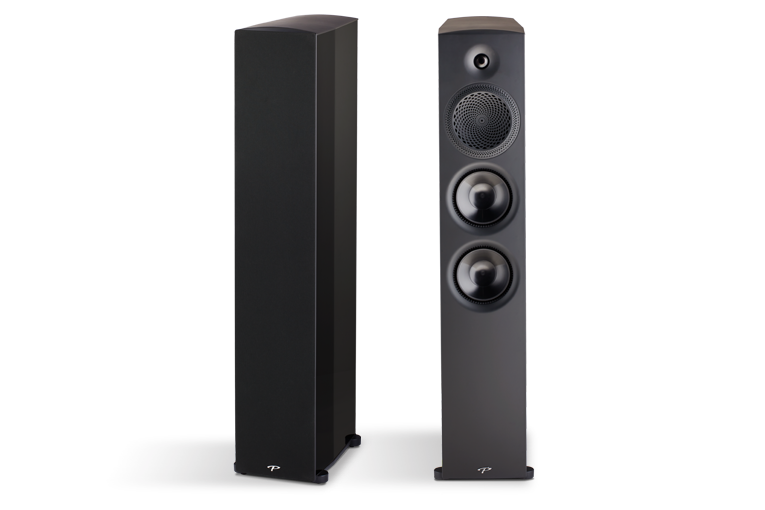 Paradigm’s newest series, Premier, was released with little fanfare in 2018, about the time that the Monitor SE series made its debut. Priced above the Monitors but below the Prestiges, the Premiers comprise two each of floorstander, bookshelf, and center-channel models. But while the Premiers cost considerably more than the Monitor SEs, they’re still squarely in budget territory: the least expensive, the Premier 100B bookshelf model, costs $798/pair; the most expensive, the 800F floorstander, costs $1998/pair. I was sent a pair of Premier 800Fs.

Because Paradigm makes and sells a lot of speakers, their R&D department can take advantage of the economies of scale to include some advanced technologies in their many different models. The Premier 800F may at first glance look conventional; closer examination reveals some key differences from most of the competition.

The most visually obvious feature of the 800F is the Perforated Phase-Aligning (PPA) lens covering its midrange driver. Paradigm claims that the PPA’s pattern of carefully shaped and sized perforations controls the dispersion of out-of-phase frequencies to provide a smoother frequency response, both on and off axis. The 800F’s tweeter has its own PPA lens, though it’s visible only at very close range. The midrange and the two low-frequency drivers have Active Ridge Technology (ART) surrounds, with ridges designed to provide longer and more linear cone excursions, for higher output and lower distortion. The PPA and ART were respectively introduced in Paradigm’s costlier Prestige and Signature models (and some subwoofers). 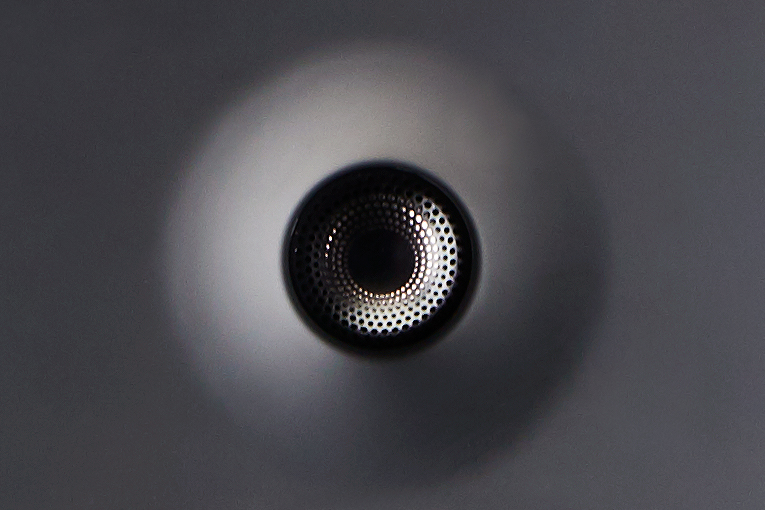 The Premier 800F’s single midrange driver and two 6.5” woofers all have cones of carbon-infused polypropylene. The tweeter, a 1” dome of pure aluminum (X-PAL) with a neodymium magnet, is damped and cooled with ferrofluid. The tweeter and the midrange driver occupy their own subenclosures within the cabinet, to isolate them from the backwave produced by the high-excursion woofers. The three-way 800F has a large flared port about halfway up the speaker’s rear panel, and the second-order, electro-acoustic crossover frequencies are 700Hz and 2.5kHz. Paradigm specifies an on-axis frequency response of 50Hz-22kHz, ±2dB, an in-room sensitivity of 92dB, and an impedance “compatible with” 8 ohms.

The 800F’s cabinet narrows slightly from front to back, to reduce internal standing waves. It’s made of nonresonant, 0.75”-thick MDF, with “optimally placed” internal braces. The front panel of 1”-thick MDF is covered with a smoothly curved plastic baffle, to reduce diffraction of the drivers’ outputs. The curve of the matte-black top panel meets and matches the baffle’s curve, and the 800F is available with side and rear panels in finishes of Gloss Black, Gloss White, or Espresso Grain. The speaker measures 41.5”H x 9.125”W x 13.75”D, weighs 53.4 pounds, and comes with spikes and rubber feet, as well as two pairs of binding posts for biamping or biwiring.

As I have with many of the moderately priced speakers I’ve reviewed, I used the Paradigm Premier 800Fs mostly with an Oppo BDP-105 universal Blu-ray player used as a DAC-preamplifier, and an Axiom Audio ADA-1000 power amplifier. I also used an Oppo UDP-205 4K Ultra HD universal BD player as a DAC-preamp with a NuPrime Audio MCH-K38 power amp, and a Hewlett-Packard Pavilion laptop computer running Windows 10, Roon, and foobar2000. Occasionally, I also used a Parasound Halo JC 5 power amp. 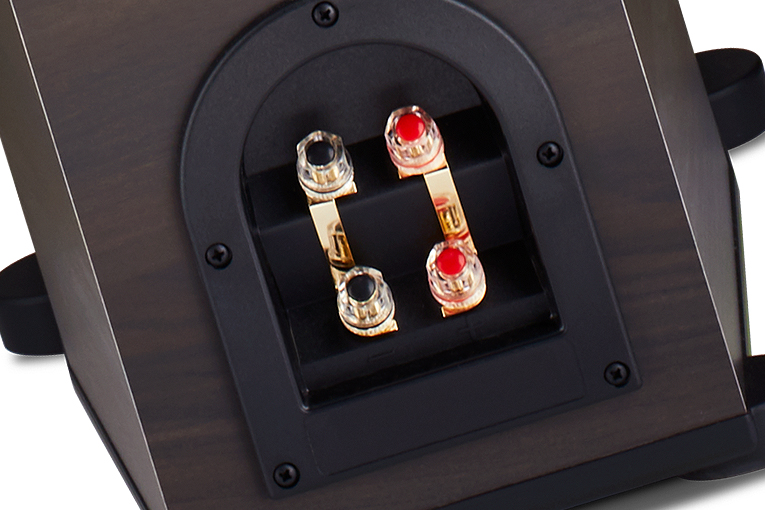 I first set up the Paradigm Premier 800Fs in my second system, with the Oppo BDP-105 and the Axiom ADA-1000 power amp ($1530, 125Wx5 into 8 ohms). The sound was big, powerful, and controlled in ways I didn’t expect from a pairing of such modestly priced components.

I began with A-Ha’s “The Sun Always Shines on TV (Extended Version),” from the compilation 12 Inch Dance: 80s Pop (16-bit/44.1kHz FLAC, Rhino/Tidal). The Premier 800Fs and the relatively modestly powered Axiom could thrill me by filling my room with deep, taut bass and an expansive soundstage. Giddy with the quality and quantity of sound I was getting from these smallish floorstanders, I cranked up the volume until I could sense the amp beginning to clip. The 800Fs could handle all the power the Axiom could throw at them, and more. Backing off the volume a bit, I listened more critically and was impressed by how clearly Morten Harket’s voice was reproduced at very high levels, while the synthesizer chords and percussion sounded crisp and precise. 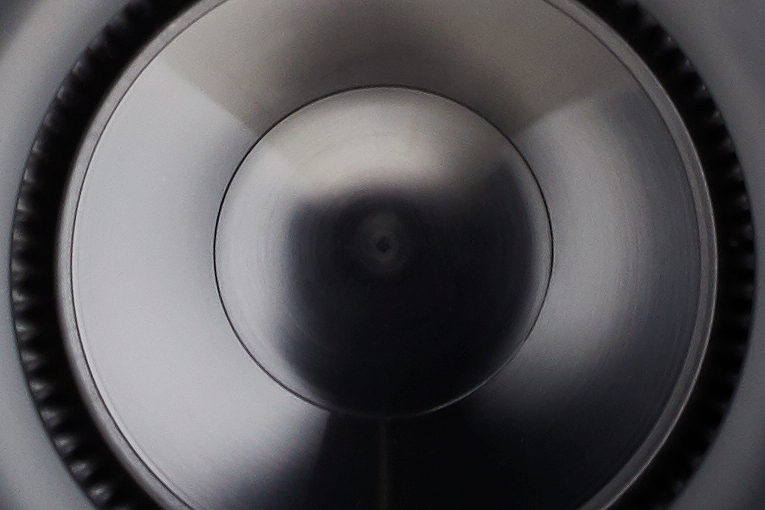 While I had no doubt that the Premier 800F had good slam for a speaker of its size and price, its sound was also extremely well balanced. A-Ha’s more recent, acoustic version of “The Sun Always Shines on TV,” from their MTV Unplugged: Summer Solstice (BD, 24/96 stereo LPCM, Universal), sounded excellent, with a pristine midrange that gave the voices of Harket and guest singer Ingrid Helene Håvik incredible palpability -- as if they were standing in my room between the two speakers. Listening to these beautifully spare acoustic and vocal arrangements, I could hear all of the minute inflections in Harket’s voice as he delivered pensive, tranquil performances of many of A-Ha’s 1980s hits.

Although the Premier 800F’s sound was impressively neutral overall, it did have a slightly warm, somewhat forgiving character that suited Anne Akiko Meyers’s 1741 Guarneri violin in Vivaldi’s The Four Seasons (24/96 FLAC, eOne Music/HDtracks). When she unleashes her fury in the third movement, Tempo impetuoso, of Concerto No.2, RV 315, Summer, all of the power of her playing and instrument were on full display. This recording begs to be played loud, and through the 800Fs, the English Chamber Orchestra, led by David Lockington, at times sounded like a full orchestra with strings that were often thunderous but never strident. At realistic volumes, the harpsichord in the opening Allegro of Concerto No.3, RV 293, Autumn, had a lush, luxurious sound that enchantingly mirrored the strings, the Premier 800Fs meticulously differentiating the notes of individual instruments instead of mashing them into a hodgepodge. 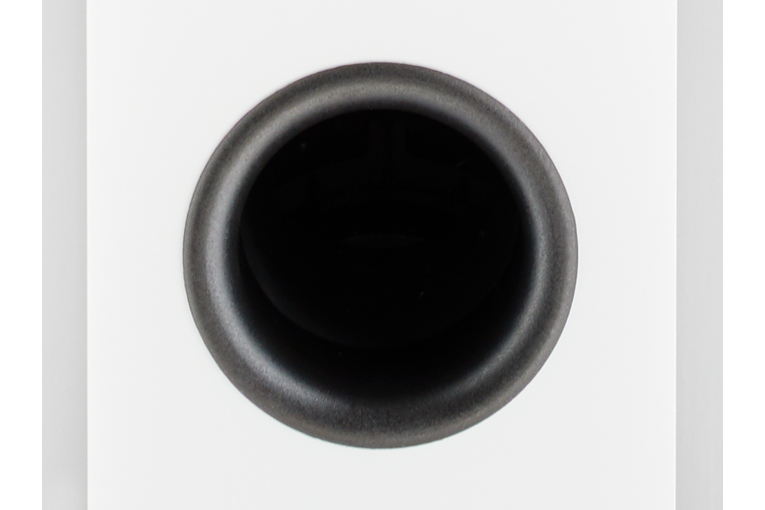 Parasound’s outstanding Halo JC 5 power amplifier ($5995), specified to output 400Wpc, made the Premier 800Fs sound even better, with a bit more bottom end and a slightly fuller sound -- but not greatly better than the less expensive, less powerful Axiom ADA-1000. I did much of my listening with a NuPrime MCH-K38 multichannel amplifier ($2995) rated at 210Wpc -- it, too, sounded better with the 800Fs than did the Axiom, but again, not by that much. I suspect that the Premier 800F would also perform well with a high-quality multichannel receiver, given its ability to sound nearly at its best with the high-value Axiom amp, and that it would be excellent in a surround-sound system when matched with other Premier speakers.

While the Premier 800F was not as transparent as MartinLogan’s Masterpiece Classic ESL 9 electrostatic speakers ($6495/pair), it still had an arrestingly clear midrange that made Alison Moyet’s voice in “Ode to Boy,” from Yazoo’s You and Me Both (16/44.1 FLAC, Sire), jump out with startling presence as it was panned from left to right of the soundstage, then came to rest precisely at the center. The drumbeats at the beginning of the track had more weight and tautness through the ESL 9s, but the Premier 800Fs never lacked for bass. There was always enough low-frequency energy to make recordings sound rich and satisfying, yet never too much -- the speaker never seemed to push past its capabilities to sound sloppy or boomy in the low end. The synth chords that begin Yazoo’s “Nobody’s Diary” were also a bit clearer through the ESL 9s, with a touch of top-end sparkle the Premier 800Fs lacked -- but I haven’t heard that sort of ultraclear treble from any speaker in the 800F’s price range.

Compared to Definitive Technology’s bipolar BP9080x floorstanders ($3498/pair), with built-in powered subwoofers, the Premier 800Fs lacked some soundstage width and depth and bass response -- the BP9080xes have some of the loudest, most extended bass I’ve heard from speakers anywhere near their price. However, I never thought I was missing out on anything with the Paradigms. Their cleaner, more transparent midrange was easily noticeable with voices, which sounded more distinct and natural through the 800Fs. 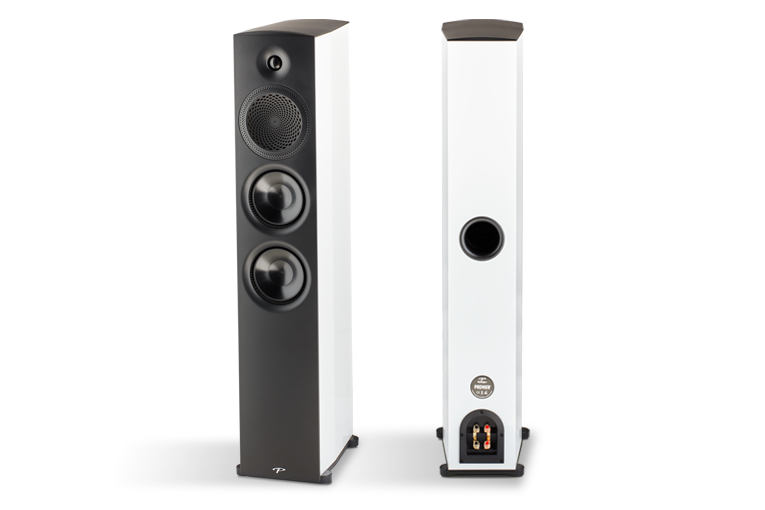 My listening room opens up into a dining room and foyer -- listening to “Hey Now,” from London Grammar’s If You Wait (16/44.1 FLAC, Columbia/Tidal), I was astounded by how well the Premier 800Fs produced enough sound pressure to fully energize the entire area -- Hannah Reid’s powerful, soaring vocal never lost its poise.

Paradigm’s Premier 800F offers incredible sound quality, with a superclear midrange that made voices sound stunning, and enough well-integrated low frequencies to satisfy bass lovers -- nor does driving it require a ton of power. For the price, it’s about as perfect as a speaker can be. It benefited from being driven by a high-quality amplifier, but as I found out, it also sounds superb with more modest amplification. It combines excellent dynamics and transparency, while its natural, pleasing sound quality throughout the audioband will suit all types of music without a misstep. Best of all, it’s a slim, relatively compact speaker that plays surprisingly loudly when required -- and again, it does all this for only $1998/pair. The Premier 800F is the loudspeaker I’d buy today if I had $2000 to spend -- and I’d even consider it at twice that price.