Note: Measurements performed by BHK Labs can be found through this link. 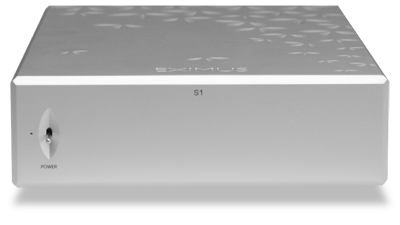 South Korea-based April Music is the parent company of the Eximus, Stello, and Aura brands, and I’ve known April’s founder, Simon Lee, for almost ten years now, ever since I reviewed the original Stello DA220 DAC, in 2004. Over time, I’ve learned that Lee marches to the beat of his own audiophile drum. Each of his brands offers the consumer something different, and each line contains products that feature a twist -- whether it’s the way they look, the options offered, or the way they sound.

The newest Eximus model is the diminutive S1 amplifier ($2500 USD), the visual and sonic mate to the Eximus DP1 DAC-preamplifier-headphone amp, which I reviewed a year ago. The S1 can be used with any preamplifier, and the flick of a switch on its rear panel transforms it from a stereo amp rated at 125Wpc into a monoblock rated at 500W (both outputs into 8 ohms). Like April Music’s other products, the S1 presented me with some surprises, both in how it measured and how it sounded.

Except for its front and rear panels, the Eximus S1’s handsome, all-aluminum, 8"W x 2.5"H x 11.5"D case is identical to the DP1’s, down to the brand name and leaf pattern incised in the top plate. Also like the DP1, the S1 is quite light: a paltry six pounds.

In stark contrast to the many controls on the feature-rich DP1’s front panel, the S1’s faceplate has only a Power toggle switch and an on/off indicator light. Its rear panel has single-ended and balanced inputs, speaker binding posts, an IEC-compatible power-cord inlet, and three switches: two to toggle between the balanced and single-ended inputs, the other to switch from stereo to mono operation.

The S1 offers surprisingly high power from its small, light case by incorporating at its amplification heart an ICEpower 250ASX2 module from Bang & Olufsen -- what’s typically called a class-D amplifier. Class-D topology means high efficiency, and the S1 runs very cool; what little heat it does generate it vents through its side panels. A DP1 and one or more S1s can be stacked to take up very little floor or shelf space. 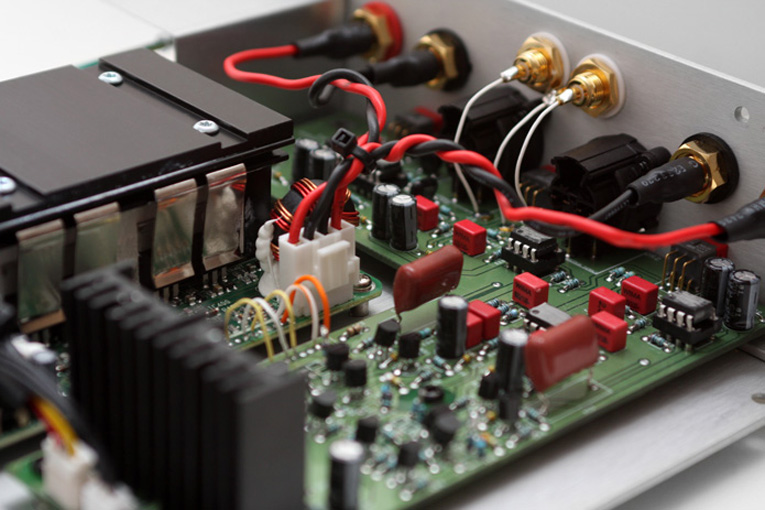 Simon Lee was quick to point out to me that, despite the use of the ICEpower module and his high praise for B&O’s basic design, the S1 is more than just B&O’s board stuffed into a pretty Eximus box. According to Lee, the S1’s input board is entirely the design of April Music, who worked hard to implement certain circuits and parts to “get some of the ICEpower sound out” that Lee obviously didn’t want in. I’d never listened to an ICEpower amp before, so I didn’t know exactly what he meant, but our measurements of the S1 do show something out of the ordinary: a gentle rise in bass output, to the tune of 3 or 4dB by about 20Hz, which doesn’t show up in measurements of B&O’s stock 250ASX2 amp. In other words, the S1’s frequency response is nonlinear, a rarity among amplifier designs. This rise took me by surprise -- I learned about it well after I’d begun listening to the S1, and never would have guessed it was there had the graphs not alerted me. More on that in a bit.

April Music shipped me two S1s, so that I could use them as both one- and two-channel amps. To my ears, within their power limits, they sounded the same in both modes, but whether you need one or two S1s will depend on your speakers, room size, preferred listening levels, and budget. Suffice it to say that 125Wpc is still fairly high power and will be enough for most listeners -- if you can get away with using just one S1, you’ll save quite a bit of money. But mono operation does have a benefit of 6dB more headroom before clipping (125W vs. 500W), which is significant and might be necessary if you want to play your music really, really loud and your speakers can take a ton of juice. Vivid Audio’s Giya G2, which I consider to be a reference-class loudspeaker, can play incredibly loud when fed tons of power, so with them I used both S1s. Otherwise, I used only a single S1 for most of my listening.

The S1 sounded better through its balanced connections than through its single-ended inputs. However, it’s hard to say if the S1 inherently worked better that way, or because the preamplifiers I used it with (including the Eximus DP1) preferred that method of connection. I suggest trying both inputs.

As I had two S1s on hand, I also set up one in my two-channel home theater for a long time. (I find two great stereo speakers superior to five or more mediocre speakers, even for movies.) I use this system far more than my audio-only system, since we use it to watch movies and TV shows. In fact, I often don’t even power this system off at night; at one point I left that S1 on for two weeks straight. 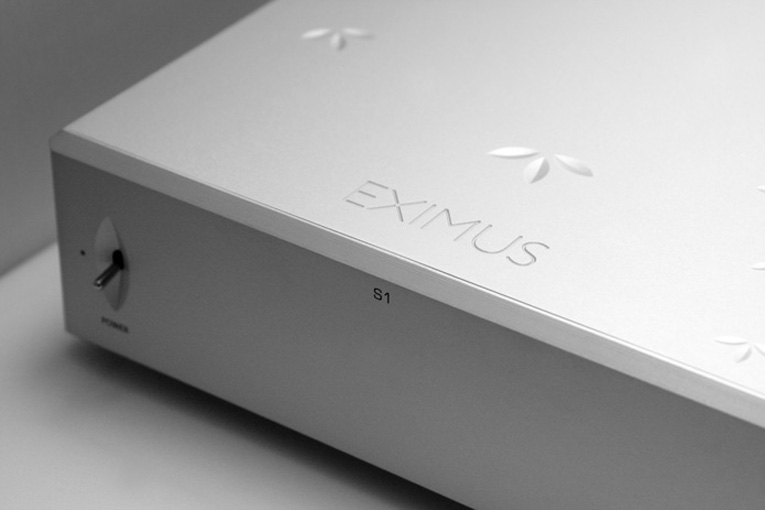 My listening time with the S1s spanned eight months -- far longer than with most products I review -- which meant I could use them with a lot of different equipment. Between the audio and theater systems, I used the S1 with a wide variety of speakers -- the Vivid Giya G2s, plus pairs of PMC twenty.24, GoldenEar Aon 3, Audio Solutions Rhapsody 80, and KEF R500 and LS50 speakers, among others. I also used it with the DP1, the JE Audio VL10.1 preamp (an all-tube design), and the Simaudio Moon 350P preamp and Anthem Statement D2v preamplifier-processor (both solid-state). Both S1s performed flawlessly for the entire time, never once balking, overheating, or getting sick, even when I abused them. The sound was consistent, there were no compatibility problems, and they didn’t jack up my electricity bill. Reliability, efficiency, and compatibility, while often not mentioned in reviews, should be -- they’re important.

So is the sound. The S1’s sonic signature comprised an exceptionally smooth midband; very clean highs that teetered ever so slightly toward the polite, which helped it to mate perfectly with the DP1 (if I have one criticism of the DP1, it’s that it’s quite lively up top, edging toward bright, which the S1 helped offset); and deep, tight, authoritative bass that was impressive but never overpowering, with no audible hint of that rising bottom-end response I mentioned earlier. Whether amplifying one or both channels, the S1 sounded neutral overall, with a musical “rightness” and a lack of any fatiguing characteristics (grain, edge, brightness) that made long-term listening easy -- another reason I kept them in my systems for so many months. 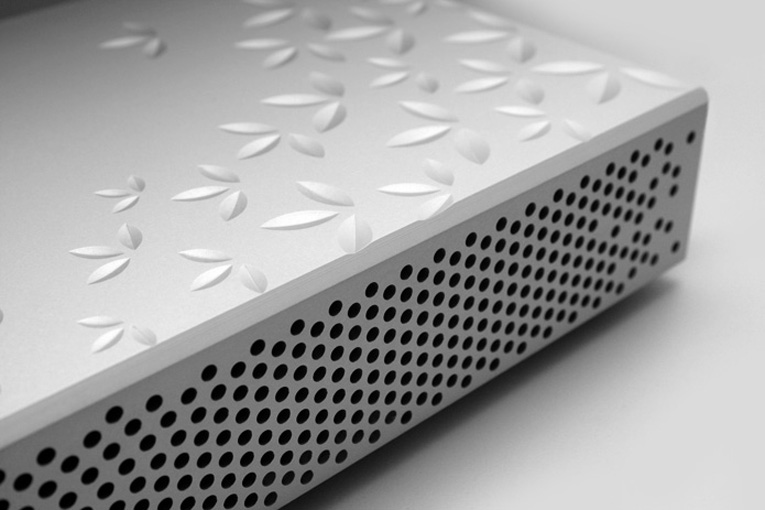 The S1’s midrange smoothness and clean but polite highs reminded me a bit of a sweet-sounding tube amp, but without any of the overblown richness or undue warmth that tube designs often exhibit. For example, Copland’s CTA 506 all-tube stereo amplifier (90Wpc into 8 ohms, $6500), also in for review, has a smoothness in the mids and a politeness in the highs that are similar to the S1’s. I like those characteristics, and I suspect they’ll impress others who hear either amp. But the CTA 506 also has a “tubey” fullness and richness, particularly in the mids, that the leaner-sounding S1 didn’t. So the S1 had some of tubes’ positive characteristics, but combined them with the familiar immediacy, transparency, and leanness of solid-state designs. On the flip side, when I did yearn for a bit of tubey richness and its sonic magic, I simply partnered the S1 with JE Audio’s VL10.1 all-tube preamp, whose sound is overtly tube-like: very, very rich and full. This combination worked fabulously, producing a rather grand, glorious, room-filling sound that was full and warm, but still with excellent attack and control -- the best of both amplifier worlds.

The S1’s top-to-bottom clarity in mono or stereo was excellent, and its levels of detail and resolution were quite high -- seeing “into” recordings wasn’t hard. Mark Knopfler’s latest, Privateering (16/44.1 FLAC, Mercury), is a superbly recorded two-CD set that sounded marvelous through a stereo S1, with scads of detail, particularly in the midrange and down through the bass, and an extremely clean, clear top end that made the guitars sound lively and incisive, but never edgy or objectionable.

The S1 also exhibited great image specificity, good soundstage depth, and excellent separation between the musicians. For example, it was interesting and telling to compare various CD-resolution versions of “Smooth Operator,” from Sade’s Diamond Life (originally released in 1985), with the LP rips that S. Andrea Sundaram sent me when he was evaluating a new remastering of the album (LP, Audio Fidelity) for his article on the subject, published here in June. “Smooth Operator” is typically not a great song to evaluate audio equipment with -- the recording quality is average at best -- but in this instance it worked well. Every version of the song sounded different, and sometimes strikingly so -- in terms of tonality, as well as soundstage depth and image placement. The S1 seemed to let me hear everything that was there. 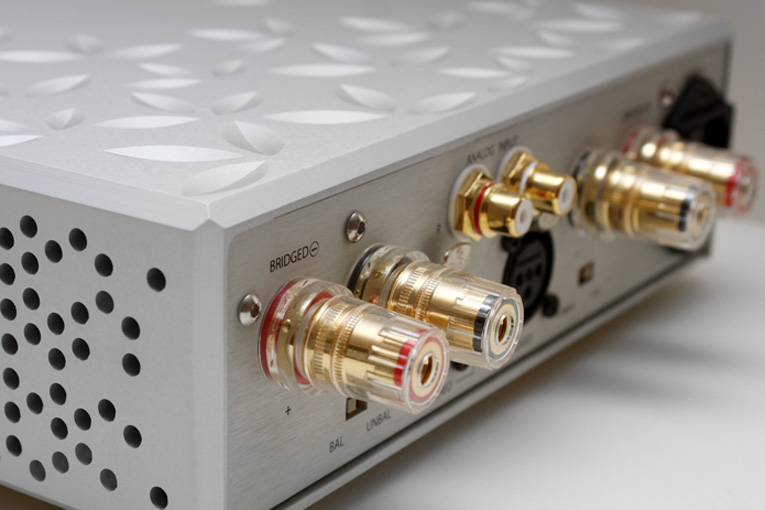 The S1’s bass was deep and tight, with an authority that belied the amp’s small size. And despite the measurements indicating a rising bottom end, I could hear nothing excessive in the S1’s bass response. When I played the bass-heavy “Misguided Angel,” from the Cowboy Junkies’ The Trinity Session (16/44.1 FLAC, RCA), the low end sounded as full, rich, and forceful as I’ve ever heard it -- but not more so. No matter what music I played, whether through one or two S1s -- folk, rock, classical, techno, dance -- the output level of bass sounded in natural balance with the rest of the audioband. The S1’s low end sounded quite right, no matter what speakers I drove with it, and was pretty much in line with other good amps I’ve had experience with.

What to make of the discrepancy between what was measured and what I heard? My gut feeling is that, in the S1’s development, the designers listened to a prototype of the S1 that measured “flat,” thought it sounded bass-shy -- the kiss of death for any amp, tubed or solid-state -- and boosted its bass output a bit, until it sounded “right” to them. Had we not measured the S1, I’d be none the wiser in that regard and would have figured the thing measured flat, like most other amps -- to my ears and with all the speakers I used it with, flat is how it sounded.

My review of the Eximus DP1 was filled with my unbridled enthusiasm for what I considered to be a great-sounding, feature-rich DAC-preamplifier-headphone amplifier that was unlike anything else on the market at the time, and a real bargain for its price (currently $3200). The S1 doesn’t get quite so much acclaim -- I can’t call it a stone-cold bargain, or a component for everyone, as I did the DP1. Instead, I consider the S1 a pretty good deal.

The S1 has several attributes that will make it the ideal amp for someone. It has plenty of stiff competition in and around $2500, but more than holds its own with a refined, appealing, distinctive sound that’s highly listenable over the long term and is worth the price. It’s a compact, high-style, audiophile-grade masterpiece of visual design for those who want their products to blend beautifully and discreetly into their surroundings. You can start with a single S1, then later buy another and use them as monoblocks, when you need and/or can afford the extra power. Finally, there’s the DP1, which, despite the S1 working well with the other electronics I paired it with, proved to be the S1’s ideal sonic and visual partner. As a pair, they’re quite unlike any other audiophile-class separates I’ve seen.