The British firm Wharfedale is one of the oldest names in loudspeakers. Founder Gilbert Briggs began making speakers in 1932, at his home in the valley of the River Wharfe, in an area of the beautiful Yorkshire countryside commonly known as Wharfedale. Over the years, Wharfedale has changed hands, and since 1996 has been part of the International Audio Group (IAG), which also owns Mission, Quad, and Luxman, among others. Today, like other top-notch speaker companies such as Paradigm and Focal, Wharfedale still makes its own drivers and components rather than buying them from a third party, but now builds its speakers in China rather than the UK. The design team remains in Britain.

Although Wharfedale’s speaker line spans a wide range of prices, the budget Diamond models are what have earned Wharfedale headlines since 1981. This line has gone through many iterations over the years, with continual improvement accompanied by consistent critical acclaim. The latest versions are the Diamond 200 models, and the subject of this review is the second smallest Diamond, the 220 bookshelf model. I had never reviewed a Wharfedale speaker, and wondered if this $349 USD/pair model would uphold the high reputation established by its forebears. 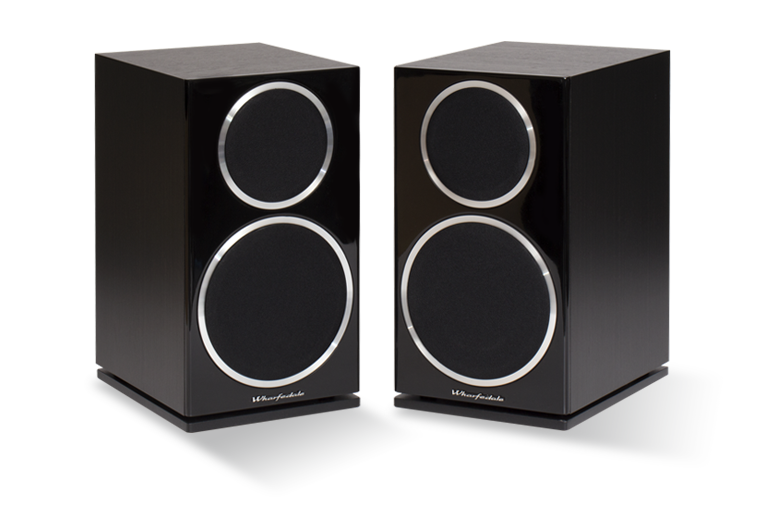 The Diamond 220 is the larger of Wharfedale’s two Diamond 200 bookshelf models. It measures 12.25”H x 6.8”W x 10”D, a size ubiquitous among bookshelf speakers, and for good reason. When non-audiophile friends ask me to recommend a speaker, I typically point them to something of this size -- they’re easy to accommodate in a room, and can usually produce enough bass that a subwoofer won’t be needed. 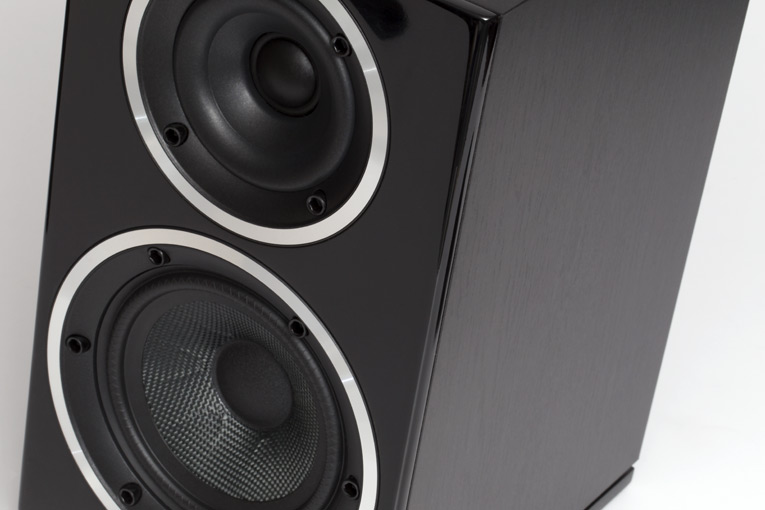 The Diamond 220’s drivers are evidence of some serious engineering at Wharfedale. The highs are covered by a 1” fabric-dome tweeter with a ferrite magnet. Although on paper that doesn’t sound impressive, what I found remarkable was the deep waveguide in which the tweeter is recessed -- a full 0.75” from the surface of the speaker. The circumferential speed bump on the waveguide looks enough like a driver surround that you might, as I did, mistake the tweeter for a midrange driver. Wharfedale says that the waveguide performs a number of functions: it controls dispersion, increases power handling, and smooths the handoff from tweeter to woofer.

For bass duties, Wharfedale uses one of its trusted woofers with woven-Kevlar cone, this one measuring 5” in diameter. The woofer cones are woven in a diamond pattern, hence the series name. The Diamond 220 has a port to extend its frequencies further into the low end, but you won’t see it -- the port is cleverly hidden in the speaker’s bottom panel, above a plinth. From the front, all that’s visible is a 0.25”-wide slot running just above the plinth. This cool look serves a purpose: the 220’s bass response won’t vary as much with placement compared to rear-ported speakers, because the distance to the closest boundary -- the plinth -- remains constant. With a rear-ported speaker, the bass response varies more with the speaker’s distance from the wall behind it. Each driver has its own circular grille. 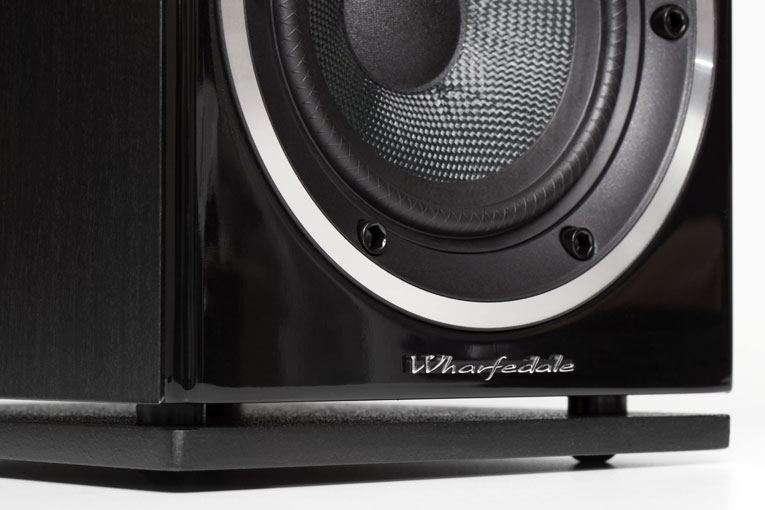 The cabinet walls are built up of layers of particleboard and MDF, to damp resonances. My samples were finished in Walnut Pearl vinyl; the other options are Blackwood, Rosewood Quilted, and White, all vinyl. The Diamond 220’s finish is a bit disappointing compared to those of other speakers I’ve auditioned in the price range -- the edges are too square to mistake it for real-wood veneer. However, the 220’s rich-looking front baffle of high-gloss black makes up for it. Arranged vertically on the rear panel are two sets of binding posts, for biwiring or biamping -- a feature I’ve rarely seen at this price. The posts are very robust.

As for Wharfedale’s specifications, the Diamond 220 has a nominal impedance of 8 ohms, dipping to 4.1 ohms, and a sensitivity of 86dB/W/m. Although 4.1 ohms shouldn’t be a concern for any decent solid-state amp, the sensitivity is slightly below average. To get them to boogie in my room, I had to set the volume level higher than I usually do. For best sound, you’ll probably want to drive the Diamond 220s with a high-current amp that outputs at least 50Wpc. 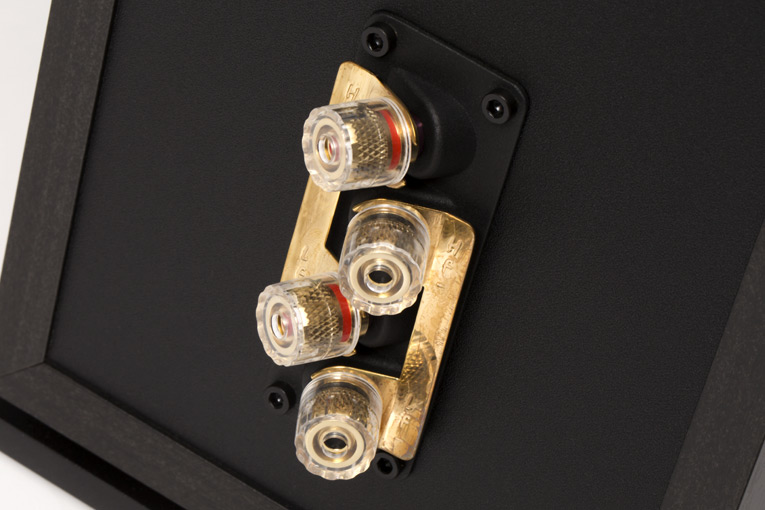 I used the Diamond 220s solely in my two-channel rig: NuPrime IDA-16 integrated amplifier fed by Cambridge Audio’s Stream Magic 6 network player for most digital formats, and played 24-bit/192kHz tracks through my Oppo BDP-95 universal Blu-ray player. The NuPrime is rated at 200Wpc -- more than enough to drive the Wharfedales.

Although the Wharfedale Diamond 220 retails for only $349/pair, there was nothing cheap or lacking in its sound. I was blown away. From the upper midrange up, the tweeters sounded smooth, with no hint of harshness -- Chantal Kreviazuk’s lush voice on her album In This Life (16-bit/44.1kHz FLAC, Pheromone) was reproduced with buttery smoothness. All of her feeling came through the Diamond 220s as well as it had through any of the pricier speakers I’ve listened to recently. Through low-cost speakers, cymbals can sometimes make my ears bleed -- but not through the Wharfedales. The cymbals in “Code Cool,” from Patricia Barber’s Smash (24/192 FLAC, Concord), had a refinement that punched way above the 220’s price. 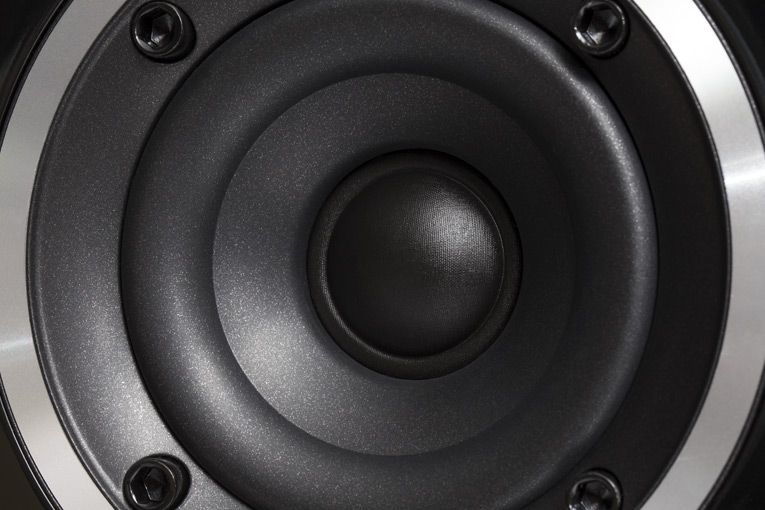 The Wharfedales also excelled at imaging. I could easily place musicians in space with laser accuracy. In “Dream in Blue,” from Los Lobos’ Kiko Live (16/44.1 FLAC, Shout! Factory), Cougar Estrada begins drumming slightly to the right of center. Then the rest of the band enters -- Cesar Rosas, Louie Perez, and David Hidalgo on guitars to left and right of center, bassist Conrad Lozano starting in the right speaker and moving over to the left, Steve Berlin’s saxophone coming into the center, and finally, Hidalgo’s voice at center stage. The Diamond 220s’ soundstage effortlessly reproduced this band layout, and I could easily picture the musicians in my room -- a remarkable performance from so affordable a speaker. These speakers’ imaging prowess was also on display with “That Day Is Done,” from the Fairfield Four’s I Couldn’t Hear Nobody Pray (16/44.1 FLAC, Warner Bros.). In this track, a layering effect is audible: Elvis Costello center stage, the Fairfield Four behind him. Through the Diamond 220s, I could easily “see” each singer. The recording also revealed the Wharfedales’ good reproduction of the lower midrange -- Isaac Freeman’s bass voice had a weight I don’t usually hear from small bookshelf speakers. 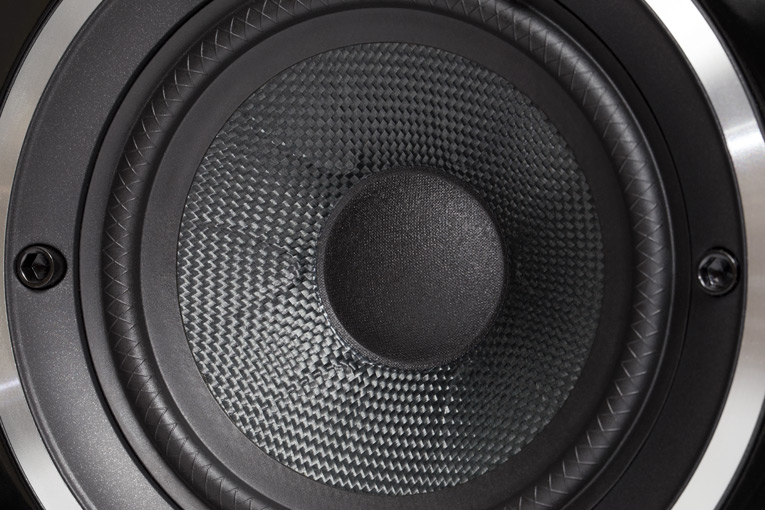 Speaking of bass, I was pleasantly surprised by the Diamond 220s. Speakers of this size, especially those with only a single 5” woofer, normally struggle to provide some semblance of bass foundation for tracks such as “Within,” from Daft Punk’s Random Access Memories (24/88.2 FLAC, Columbia). The Diamond 220s didn’t flood my room with bass as my tower speakers and subwoofer do, but on their own, the little Wharfedales had a bass presence that small bookshelf speakers often lack. This is likely attributable to the excellent engineering of a great driver, and to the design of the plinth and downfiring port. And when I pushed them hard, I heard no port chuffing or distortion.

Still, the Diamond 220s weren’t ideally suited for music with a heavy bass line, such as some hip-hop and rock. The full dynamic range of “The Monster,” from Eminem’s The Marshall Mathers LP 2 (16/44.1 FLAC, Aftermath), was lacking. But if hip-hop is your thing, this deficiency can be overcome with the addition of a subwoofer. 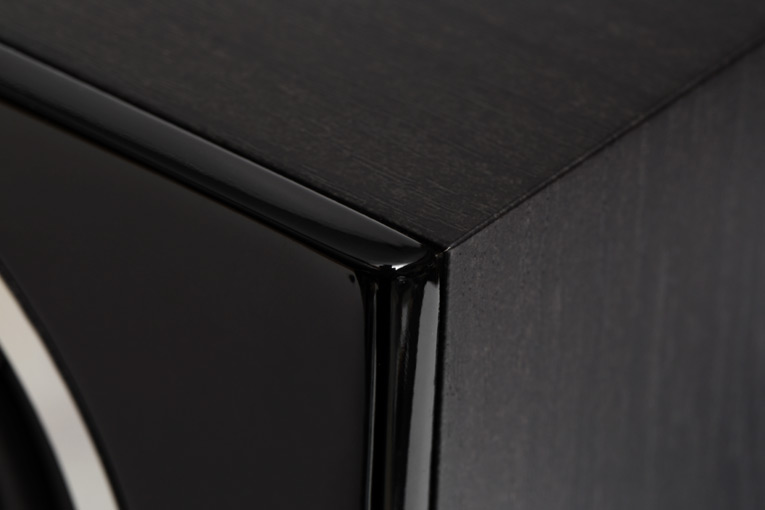 While I’ve heaped praise on the Diamond 220, it wasn’t without flaw. But when comparing it with speakers of similar size, I began to realize just how special the Wharfedale is. For example, I’ve had Definitive Technology’s ProMonitor 1000s ($438/pair) for years, blaring out tunes as I exercise on my treadmill. Because the 1000s, though discontinued, are of comparable size and price to the Wharfedales, I set them up in my listening room.

I used to think the ProMonitor 1000s were imaging champs in their price class, but they lost that crown to the Diamond 220s. With Kiko Live, the 1000s had difficulty precisely positioning the musicians on the stage. The Diamond 220s also did much better in the bass -- the ProMonitor 1000s sounded thin in comparison, and when I cranked them really loud, I could hear tinny cabinet colorations. The Wharfedales, in contrast, remained composed at loud volumes.

PSB’s Imagine Mini, slightly smaller but more than twice the Wharfedale’s price ($760/pair), made for a perhaps unfair but still useful comparison. The Diamond 220 couldn’t match the Imagine Mini’s gorgeous real-wood veneer, which is hardly surprising at the price. I no longer have the Imagine Minis in my house, but I remember them being midrange champs, and I still give them the nod for more accurate reproduction of this part of the audioband. However, I loved the Diamond 220’s forgiving tweeter -- the Imagine Mini could be more revealing, but also somewhat clinical. This was best illustrated by “Ganges Delta Blues,” from Ry Cooder and V.M. Bhatt’s A Meeting by the River (24/88.2 FLAC, Water Lily Acoustics). As I recall, the Imagine Mini revealed more nuances of Cooder’s slide guitar, but the Diamond 220 was less aggressive and more forgiving.

I didn’t know what to expect from the Diamond 220. I’d had limited exposure to Wharfedale speakers, especially in recent years -- their distribution in my part of Canada is limited. But once I’d given them a good listen, the Diamond 220s’ sound captivated me. Perfection can’t be expected for $349/pair, but the Wharfedales had no glaring weaknesses. The Diamond 220 is a great all-around speaker that significantly raises the bar for budget speakers. 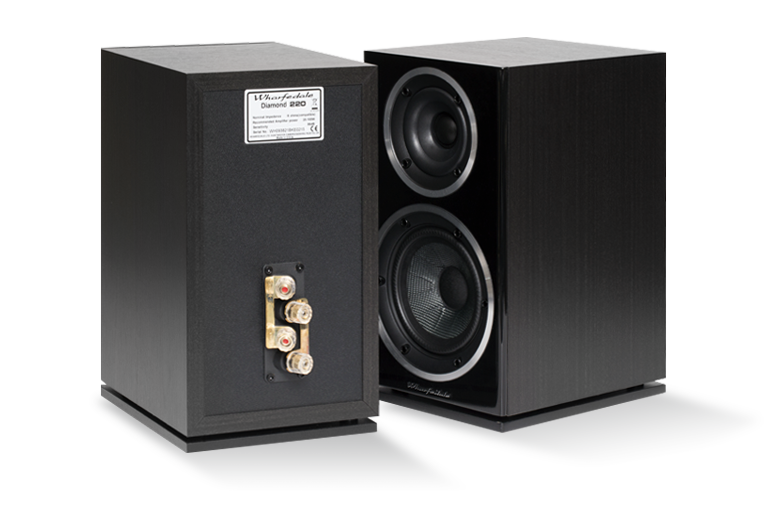 I can see the Diamond 220s appealing to two camps: non-audiophiles on a budget and audiophiles who aren’t. They’re an easy recommendation for non-audiophiles because they produce great sound with little fuss or cost, and can encourage people to actually listen to music by making it an enjoyable activity rather than something that happens only in the background. And for audiophiles, these speakers are so much fun for so little cost that everyone should have a pair, even if they’ll put them in a second system -- which is what I’ll do when I buy the review samples. As its name implies, the Wharfedale Diamond 220 is a gem.