Is It Just Me, or Are CDs Too Loud?

It’s not exactly news to readers of SoundStage! Hi-Fi that audiophiles are unhappy with the way recorded music sometimes sounds. I’ve reviewed discs by the Black Keys and My Morning Jacket that I liked musically, but found disappointing sonically. As with any aesthetic experience, how we react to a recording is subjective. Some audiophiles didn’t like the sound of Tom Petty’s Mojo. I found it within acceptable bounds for a rock’n’roll recording, where impact and sizzle are part of the experience.

About 15 years ago, I began to notice that CDs of new music, as well as CD reissues of older recordings, were louder than the first generation of CDs. Mastering techniques such as dynamic-range compression reduced the difference between the loudest and softest portions of a recording, robbing them of nuance and making them tiring to listen to.

“The dreaded loudness wars,” Don Grossinger said when I asked him whether this phenomenon was just my imagination. Grossinger has been mastering recordings since the early 1980s. His best-known work on vinyl are the reissues of the Rolling Stones’ ABKCO albums and Brian Wilson’s Smile, but his CV includes CDs for Miles Davis, Sade, the Flaming Lips, and more.

“Everybody tried to sound louder than everybody else,” Grossinger continued. “Some A&R guy heard a recording that didn’t sound as loud as another and said, ‘Make it as loud as the other.’” Mastering great Bernie Grundman agrees. His career goes back more than 50 years, and includes such great records as Steely Dan’s Aja, Holly Cole’s Don’t Smoke in Bed, and Charles Lloyd’s newest, I Long to See You. “Everybody’s into this hype stuff,” he said during an interview between sessions. “Getting attention and making everything supposedly more powerful. You can do a lot of damage that way, because then it becomes one-dimensional. Everything’s up front.” 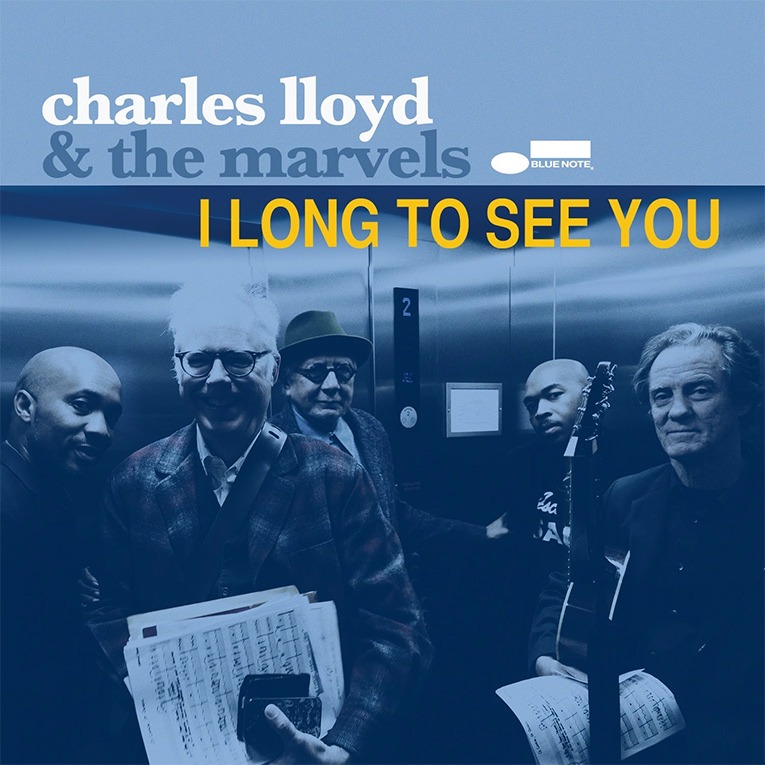 Some mastering engineers try to fight this tendency on the part of record companies, producers, and even musicians to make their recordings too loud and compressed. “When I give a client a CD for approval, I leave 0.1dB of headroom, to preserve as much dynamic room as I can,” Grossinger said. “But it’s tough to fight city hall.”

Grundman’s work includes audiophile remastering, but his company, Bernie Grundman Mastering, also does work for the larger market. “If it’s commercial and it’s competing with all these loud things,” he said, “we have to do some of that, or else a lot of people who listen to pop music think there’s something wrong with it. When we do a recording, we’re not really doing it for ourselves. We might have a lot of opinions, what we think is good for the recording, but the end decision is with the artist or producer. They’re the ones who have this kind of vision of what it could be or what they want it to be. We’re trying to help them have a better connection with the listener.”

I often attribute the decline in sound quality of so many current releases to digital recording and remastering. Grundman and Grossinger have both been around long enough to have worked with both analog tape and digital recordings. “I learned how to do things like cut tape with a razor blade to make changes, to cut long versions,” Grossinger explained. “There was no digital processing.” Yet both suggested that bad results from digital come more from assumptions on the part of the user than from the format itself.

“Digital can sound good,” Grundman pointed out. “There’s a problem with digital, there’s a lot of misconceptions about digital. One of the main misconceptions with a lot of new engineers is that they think all this manipulation in the digital domain is OK, and that once you get things in the digital domain you can manipulate them -- that you can do [all] kinds of adjustments, and so forth, and it’s not going to affect the sound. They’re 100% wrong. When it comes to digital, there’s nothing you can do to the signal without losing quality.”

Grundman went on to explain some of the technical aspects of digital recording and mixing: “As soon as you do anything that works on level, if you change the level even 0.1dB, or if you put [in] an equalizer or a compressor, you’re throwing all the math off. It’s no longer the same ones and zeros. The signal [has] been modified, and it’s not going to sound as good. That’s why some of the best recordings are the ones where they used the multitrack computer but they mix it on an analog board. You can change the levels all day long on an analog board and it doesn’t change the quality.”

Through the years, Steve Hoffman has mastered many projects -- for DCC, Analogue Productions, and Music Matters. Since he works almost exclusively with audiophile projects, some of the problems I associate with many recordings aren’t a concern for him. Even so, he noted that “In digital mastering there are no rules, so deaf mastering engineers can add as much treble as they want, etc. In audiophile mastering, we don’t compress the signal, we keep dynamic range intact, and we don’t go crazy with treble or bass boost. We are assuming that our people have pretty good systems to play back on.” 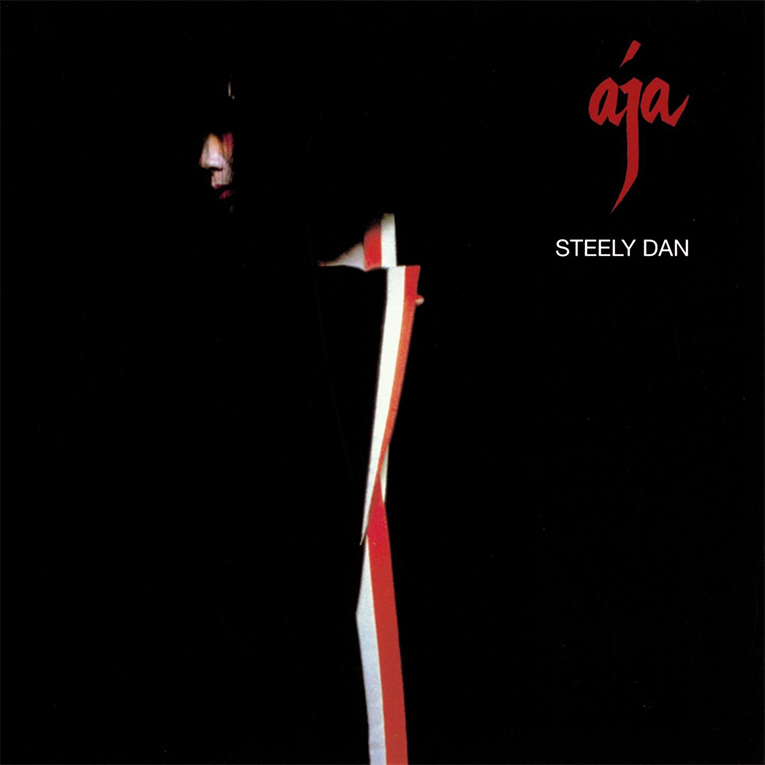 Grundman pointed out that the techniques that audiophiles often find irritating are used more often in pop music than in other genres. “When it comes to classical and jazz, all you want are just the instruments and a kind of environment, a nice place to record in. There, it’s only about the music. It’s not about manufacturing or constructing a piece of music that’s going to keep people’s attention. All of these things you need to do to be noticed in the pop market don’t really apply to classical and jazz. But even jazz recordings are influenced by level, and using things to make things louder and more exciting. That doesn’t mean that sometimes a little compression won’t help if it doesn’t sound cohesive, or things sound too spread out and aren’t connecting with each other.”

I asked all three mastering engineers if changes in technology, such as the rise of MP3s, have led to differences in how music is mastered. They reminded me that technology has long driven mastering decisions. “If the recording had very fast transients or high frequency, the old cartridges from the ’50s and ’60s were not as good as they are now,” Grundman pointed out. “The mastering systems, the disc systems, and the way that they went about it [in the past], they were not thinking about the best quality. They were trying to make it easy for the quality of cartridges to track those records.”

Don Grossinger noted that “MP3 is a lossy format. It removes information and doesn’t sound natural. There’s no trail on a cymbal.” He went on to say, however, that convenience rather than sound has driven the changes in how we listen to music. “It’s a matter of how to dump 10,000 songs on a computer. Using a computer or earbuds doesn’t provide a good way to hear the music. The vast majority of people don’t listen for 60 minutes at a shot. They don’t listen carefully. It’s just subliminal.”

Steve Hoffman echoed some of Grossinger’s comments. “I think that the ‘hi-fi standard’ in the Golden Age had to do with adults, not kids. Grown-ups bought albums in the 1950s; kids got 45s, and they were played on pretty bad turntables. Now, it’s all kid-oriented, and kids on the go can now listen on their ’phones, etc., and wouldn’t dream of sitting still in a room just to listen to music.”

At points during my conversations with Grossinger and Grundman, I was forced to reevaluate at least some of my assumptions about how I react to the ways current pop records are made. When I told Don Grossinger that I thought the Black Keys overemphasized the kickdrum and bass on Turn Blue, he said, “That sounds to me like an artistic choice. Maybe in that particular case, they are going for breaking the normal mode of operation and to shake things up. But if there’s an acoustic guitar or oboe and it’s being squashed to the point where it’s harsh or hard, that I can’t see.” 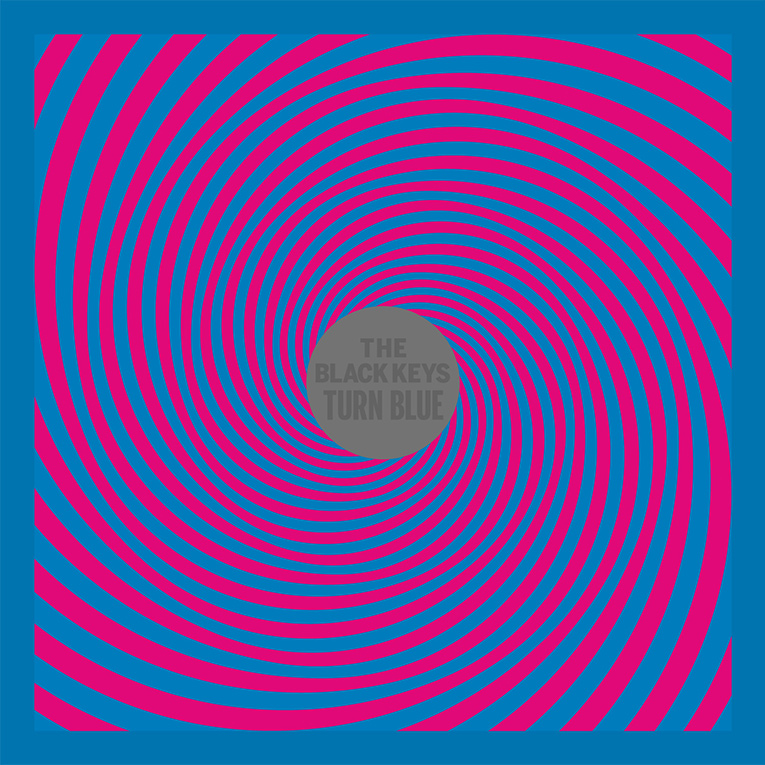 Bernie Grundman, too, is sympathetic with an artist’s or producer’s manipulations of sound, such as the effects added to My Morning Jacket’s Waterfall. “Maybe it’s not a problem, but rather a misconception, of what they’re trying to do in a lot of pop music, in their defense. I agree with you. I’d rather hear it naturally, the way it sounds. But I can see what they’re trying to do. They really are trying to create something that is not familiar, to modify it in such a way that it’s going to attract attention. You should be putting in whatever you need to do to make that recording do whatever you have in your vision. Even if it means you’re going to lose some quality, you’re still going to gain some effect, and that’s going to make it a more successful piece of music or a more successful record. You need to manipulate this or change that in order to make it into some kind of interesting pop record.”

That doesn’t mean that mastering engineers won’t continue to be the last line of defense against producers or record-company execs who want music to sound louder and more aggressive. “I hate to be a curmudgeon,” Grossinger said, “but digital zero is digital zero, compression is compression. It’s not a search for groundbreaking sound that will make people enjoy music more or allow them to gain insight into what the composer is thinking. And I’m not sure that’s true to the way the artist or producer thought of it originally.”