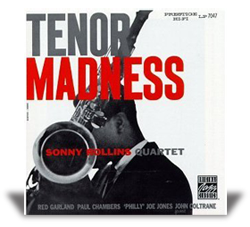 I greatly enjoy listening to jazz recordings from the late 1950s and early ’60s. And if the number of reissues from this period is any indication, then I’m far from alone. Audiophiles have been spending considerable amounts of money rebuying the same titles in pursuit of higher fidelity. But until recently, people who listen to music through their computers have been limited to the CD standard of 16 bits and 44.1kHz, although ripping a JVC XRCD often yields a better-sounding file than ripping the standard release because of greater care in digital mastering. Within the past few months, HDtracks has announced partnerships with Verve Records and the Concord Music Group to make downloads available in higher-quality 24-bit/96kHz FLAC files. At first there were only a couple of titles, but the selection has been expanding and we’ve been assured that many more are on their way.

While these two catalogs are far from covering all of the great jazz releases from that era, they’ve taken a tremendous step in the right direction by offering hundreds of desirable titles. HDtracks doesn’t allow searching by record label, but you can find the Verve releases here. Finding the Concord releases is a little more difficult since there are many individual record labels in the group, so you’ll have to find them on the complete list of 24-bit/96kHz jazz releases.

The HDtracks site offers extensive information about the equipment used to digitize the Verve titles. Suffice it to say that high-quality components and great care went into transferring the original master tapes. Unfortunately, I couldn’t get any information about the provenance of the Concord releases, though you’d expect these details to be available for high-resolution files directed at audiophiles.

The sound quality of these files has been excellent with only one exception: the Sonny Rollins album Tenor Madness has some distortion and phasing issues that would seem to be evidence of a damaged master tape. If the master tape is indeed to blame, then no other recent reissue is likely to sound any better. Of course, since these recordings have been reissued so many times, it’s appropriate to compare this version to previous ones. A good pressing on a good analog front-end will likely sound better than these files, but a comparison with previous digital releases will better serve our purposes. 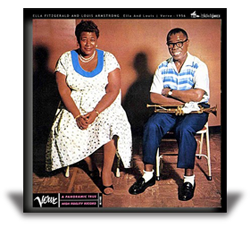 I did the comparison using my Ayre C-5xeMP playing discs burned using Cirlinca DVD-Audio Solo. I chose this method of comparison for two very good reasons: It would minimize the differences in signal path between any two choices. And, of equal importance, it sounded better than my computer-based system, which feeds digital data through a coaxial connection to the DAC in the Grace Design m902.

First up was the Verve release Ella and Louis. I compared the new HDtracks download to my copy from BMG Direct (Verve 825373-2). I’ve always thought the CD sounded pretty good, considering the age of the recording. But I clearly had no idea what was really on that master tape. Everything, particularly the voices, has better focus on the 24/96 file, and Armstrong’s trumpet has more body and tone with a complete absence of grit. The image also took on a more three-dimensional quality, increasing the sense of interaction among the musicians. 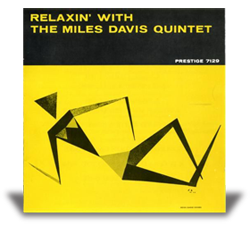 I moved on to the Prestige recording of Relaxin' with the Miles Davis Quintet -- this time comparing the download with the JVC XRCD (VICJ 60125). Again, the high-resolution file was superior in every way. I heard a greater difference on Coltrane’s saxophone than on Davis’ trumpet, but the biggest differences were in the depth and articulation of Chambers’s bass and the splash of Jones’s cymbals. I didn’t experience the same increase in spatial perception as on the previous album, but that’s largely because of the microphone techniques employed. It should come as no surprise that the high-resolution files sounded better, as they contain more than three times as much data as the CDs, but the clearly audible improvement was reassuring. 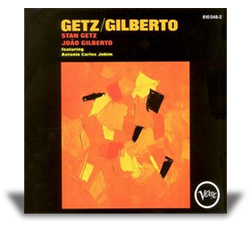 This isn’t the first time that many of these titles have been available in formats that offer better than CD resolution, and the matter gets somewhat more confusing when you compare these downloads to SACDs. I compared the download of Getz/Gilberto to the 2002 SACD (Verve 314589595-2), which was transferred directly to DSD. The SACD has a more intimate presentation, while the download sounds a little farther away. Instrumental and vocal timbres are more vivid on the SACD and slightly grayer on the downloaded file. Even though the SACD was clearly better in this case, that’s not the case for all albums. I have read online that the Fantasy SACDs released on their own label were not pure DSD transfers -- the liner notes are silent on this question and Concord ignored my inquiry. If, in fact, there was a PCM conversion somewhere in the chain, that might explain the lackluster sound of many of those albums. I don’t have equivalent titles for making an apples-to-apples comparison, but it stands to reason that listening to a PCM transfer in its native format will produce superior results.

So who should buy these albums? If you already have the vinyl releases or the SACDs, these probably aren’t for you. But if you have only the CDs and you have a computer-based playback system or a high-quality DVD player that’s capable of exploiting the high-resolution nature of these files, they’re well worth the moderate price.