Of all the types of writing I hate, as a full-time hack, it’s preparing news items I loathe the most. The boredom factor is overwhelming because all that’s required is rewording the press releases. Some scribblers—the cut-and-paste-from-Wikipedia generation of semi-literates which now rules the world—don’t even bother doing that. On the other hand, most hi-fi press releases are so poorly written that preparing them for publication as news is more of an editing job.

Of late, however, there is an even more spirit-depleting task which has supplanted dealing with the news: obituaries. The world of high-end audio is no less immune to COVID-19 than any other group, and inevitably, deaths have increased. Last year we lost one of my hi-fi heroes, Ken Ishiwata, though well before the pandemic commenced, while my fellow scribe, Stereophile’s erudite and irresistibly likeable Art Dudley, passed away recently from a long-term illness.

It is indicative of the pandemic that there will be a blur between those who died of the virus or virus-related causes, and those like Art and Ken who were suffering from completely separate conditions. It matters not what took them away from us, only that they are gone. And the timing is never “good,” only tragic and heartbreaking. 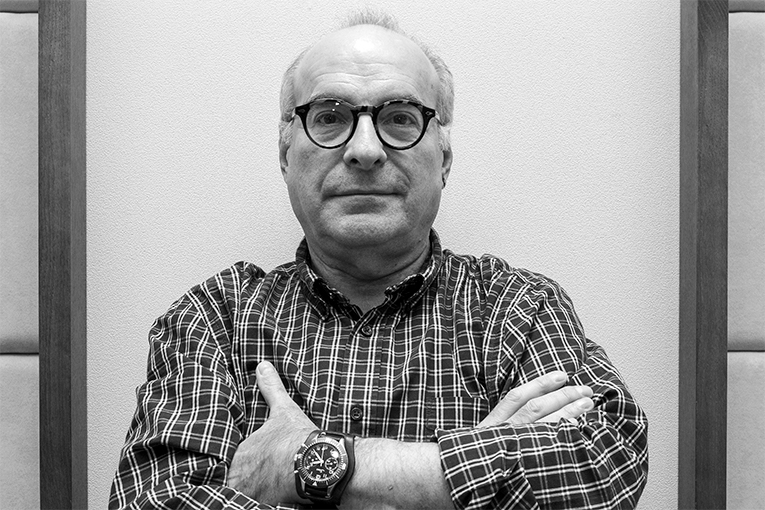 As has been pointed out to me too many times, high-end audio is now an old man’s game, and the average age of its practitioners (both consumers and manufacturers) is closer to that of pensioners than college students. And that’s what most of us were when we started out in high-end audio’s early days, a half-century ago.

I “grew up” with the second generation of audio notables, the previous being those pioneers like David Hafler, Avery Fisher, Frank McIntosh, Raymond Cooke, Saul Marantz, Bud Fried, Peter Walker, and others no longer with us, whose work dated back as far as the 1930s. Their brands were supplanted by the “young Turks” who emerged between 1965 and 1975, when the likes of Phase Linear, Mark Levinson, Audio Research, SAE, Koetsu, Magnepan, and other manufacturers born during that era overthrew the establishment.

Now enough time has passed for the second generation to be considering its mortality, and we’ve lost two more, further ensuring that 2020 is a lamentable annus horribilis. Both were friends as much as audio colleagues, so I present these observations not as formal obituaries, but to let you know whom we have lost as human beings. Elsewhere online and in print, you will read of their achievements in audio, but I want you to know them purely as people, through personal anecdotes.

Victor Goldstein was an importer based in New York City, and became one of the industry’s true characters because he sounded like a “Mittel European” straight out of central casting. He could have played one of the exiles in Rick’s Café in Casablanca without needing a script. I am pretty certain he played it up, because his accent would vary by degrees depending on the audience. His shtick was that of an impossibly cultured, sophisticated, and big-hearted soul, and a connoisseur of no mean repute. 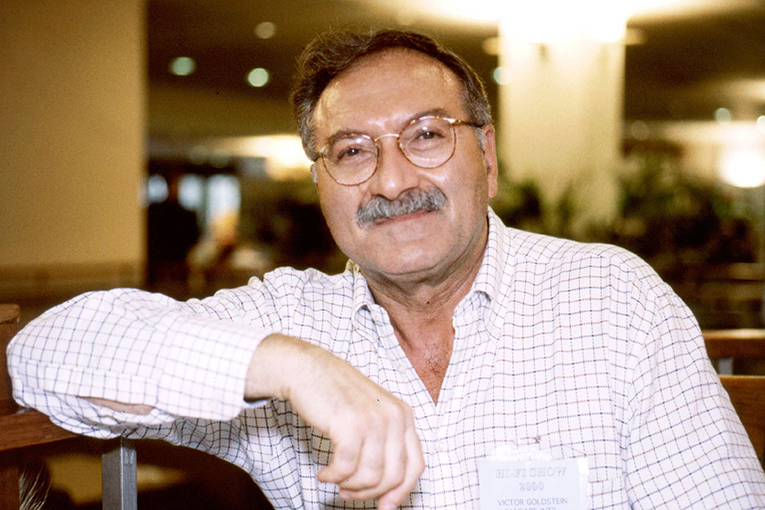 A devotee of tubes, he championed Jadis among others, and played a key role in convincing me of the merits of AudioValve from Germany, then a small brand that needed attention from someone like Victor to provide it with both credibility and a whiff of gravitas. I would see Victor at shows around the world, but he was never happier than when playing host in Manhattan.

My fondest memory of him was not at one of his preferred upscale restaurants in New York -- I recall a Vietnamese favourite that he got us into without a reservation -- but in the Stage Deli (or maybe the Carnegie). I’m convinced that one of the reasons Victor enjoyed my company was our Yiddish banter and a shared love for Italian, though he would often assume some unaffiliated heritage. It was clear that dining in a kosher-style restaurant, which he surely would have considered infra dig, was only to indulge me as a visitor and a guest.

He was, however, caught out at the deli, probably during one of those NYC shows held by Stereophile, when Michael Fremer, whose impression of Victor was flawless, held up a half-sour pickle and declared, in Victor’s voice, feigning ignorance of the most kosher food item of them all, “And what is this green cylinder?” To Victor’s credit, he creased with laughter.

(It was at the same dinner, I believe, that Dave Chesky held up another half-sour pickle and declared, “Ken, these killed more Jews than Hitler.”)

Victor will be missed for many things directly related to high-end audio, not least his deep knowledge of classical music, his impeccable taste, and a knack for putting together superb-sounding systems. I will miss him for gifting me with some of the most wonderful evenings I ever spent in the context of the audio industry, for his ever-amusing company, and for personal warmth that exceeded the Jadis tubes he adored.

Gianni Nasta would have been less-known to audiophiles outside of Italy, even though his Opera loudspeakers and Unison Research electronics are widely available. Gianni spoke no English, so it was up to his distributors and his son, Bartolomeo, to communicate with customers and show attendees. I grew to know Gianni because he was one of the reasons I tried to learn Italian. 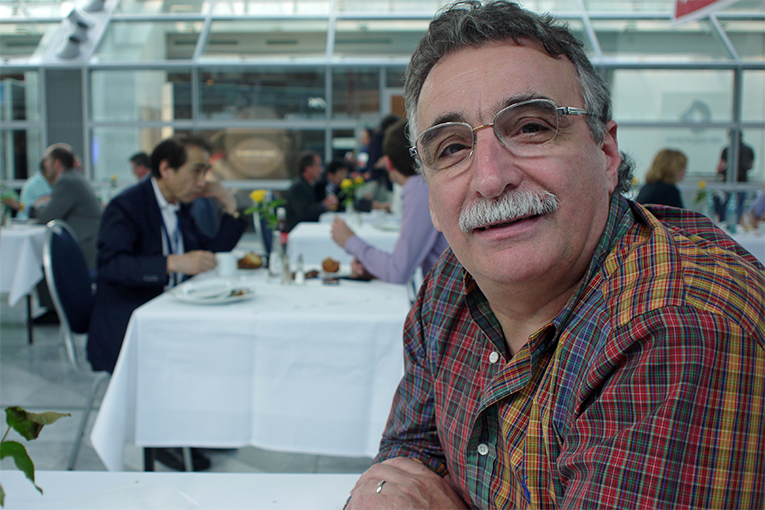 Like Victor, Gianni had a presence that was cinematic. Born in southern Italy but living north of Venice, he remained resolutely a paesano with earthy values, ever excitable and full of passion. Among his loves, besides serving as papa to an amazing family, was fine wine -- a subject in which he mentored me.

His love for hi-fi was manifested in the way his speaker company -- one of many inspired by the breakthrough of Sonus Faber in the mid-1980s -- championed the desirability of woodwork which could be realised only in Italy. I still use a massive chopping block he made for me from an off-cut when I visited the factory, where I saw enough timbers to suggest a luxury furniture maker.

Those who knew Gianni, who died after a long illness at only 65, will remember him for his enthusiasm, his humour, his generosity. My everlasting memory is a ride on the autostrada, speeding down the highway while he listened to a soccer match involving his favourite team. Clipping along at around 80, he would shout at the radio, feeding instructions to the team. Then the rival team enjoyed an unwanted goal, resulting in me learning a useful Italian expression. All of a sudden, Gianni slammed on the brakes, smacked the dash, and spat out, “Porca miseria!” Blessedly, we weren’t tail-ended. 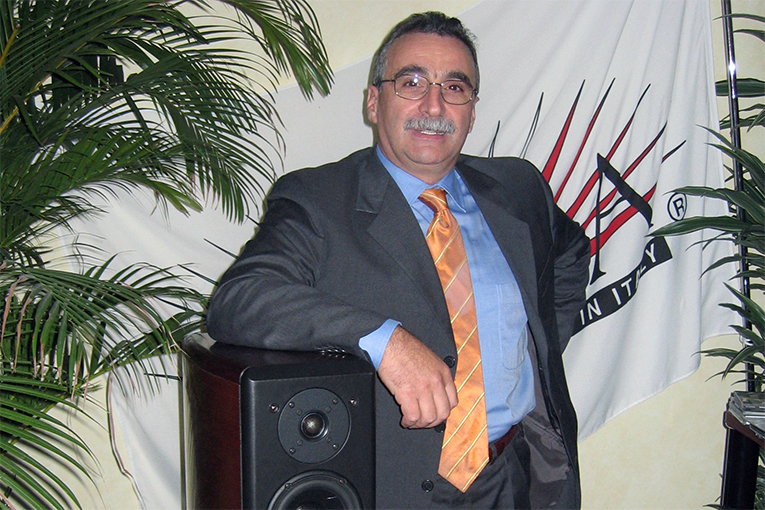 Literally, it means “pig misery,” but Italians seem to use it interchangeably for “Bloody hell!” or “Dammit!” or worse. Which sums up the injustice of this wonderful soul leaving us, precisely when big-hearted individuals like Gianni Nasta are needed more than ever before. To Victor and Gianni, “Riposare in pace.”