Because We Need Bargains 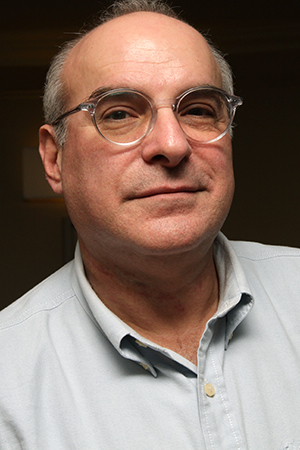 Further to last month's diatribe about people purchasing low-end junk, and how they needn't suffer swill because of limited funds, I decided to put my money where my mouth is. Well, someone else's money, because Andrew Jones sent me his killer creation for Pioneer, the SP-BS22-LR two-way speaker, which retails for $129 USD per pair, and Hi-Fi News & Record Review has commissioned me to review the $399 Micromega MyDac.

Thus, for the past month, I've been listening to those two components in the system I hear the most: the one on my desk. Normally, my iMac (vintage mid-2011 for the Mac geeks among you) feeds an aging Quad 99 preamp and 909 power amp, variously driving BBC LS3/5As or JBL 4312s. The reason this system gets more use than my high-end system is simple: it's my "place of work," and I'm at my desk at least 60 hours a week.

It is, of course, a perfect situation for absorbing the minutiae of the various mini-DACs flooding the market. For some time, I've been using an HRT Music Streamer+ (Mk1), and it remains a nifty device, but it has been supplanted by the 24-bit/192kHz MyDac -- not least because the latter has coaxial, optical, and USB inputs selectable via a thumb wheel on the front panel.

It sits on the iMac's stand, a meager 5.5" x 5.5", but I'm surprised Micromega didn't put it in a 7.7" x 7.7" case: it looks just like a Mac Mini and would have perched nicely above or below said ultra-compact computer. On the other hand, it's nearly identical to the Mac SuperDrive, but the latter has no transport controls of its own and no compatible digital output -- only a large USB, and I'm too lazy to experiment with adaptors. For CDs, I just use the iMac's drive, and I'm now addicted to a program called Fidelia for my various, mainly FLAC, downloads. 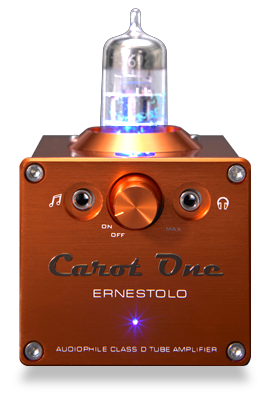 Running the MyDac from its stereo RCA analog output into the Quad, with the Pioneers at the other end, I have a system that begs only a dirt-cheap substitute for the Quads if I'm to emulate the "New Austerity" with any authenticity. And for that, I would probably opt for a Carot One Ernestolo tube/tranny hybrid integrated amp, selling for around €299 in Europe.

OK, OK, we're still a far cry from true austerity, because the financially destitute do not run Macs, and a MyDac/Carot One/Pioneer package as I've described runs close to a grand. But when you consider that our current hard times are also driving previously comfortable audiophiles to downsizing, a grand is appealing. For they once were the people who debated cables at $1000 a meter.

Last month I wrote about similar products in the context of saving the unaware from buying junk, rather than those driven by necessity. This is the flipside, for those who'd never buy a plastic iPod dock, but who now, due to circumstances, have to lower their goals. The great news is that downsizing to products like the MyDac or the Pioneers is nearly painless, because the stuff sounds wonderful.

(Note to the socialists among you: while middle-class citizens experiencing a drop in income are nowhere near as deserving of anyone's concern as that shown for those suffering at the level of a single parent with three children and no job, or the homeless, or too many war vets, this is a website about a luxury called "hi-fi." It is not about the redistribution of wealth, soaking earners to support layabouts, nor amnesty for terrorists. If you need to whine about my advice on how to satisfy one's love for music when funds are limited, please do not read my blog. You're better off with some left-wing haven for hypocrites.)

With the continued closures of stores that sell consumer electronics and the discs we play, it's not surprising that the budget sector is going crazy. Hardware such as the Pioneers (Amazon.com offered them for as little as $89 per pair!) makes austerity that bit less painful. Thanks entirely to the Internet -- for both the death of the aforementioned stores and the ready availability of stuff you might not find locally (does your town have a Micromega dealer?) -- canny shoppers have been minimizing their risks with the benefit of unparalleled convenience.

As much as I will bemoan the loss of conventional stores in favor of online purchases, I understand it completely. It's hard to resist 40 per cent off the price of a CD online, compared to the prices demanded by high street retailers. But now the impetus to look for bargains isn't simply because people like bargains. Now it's because they need bargains.