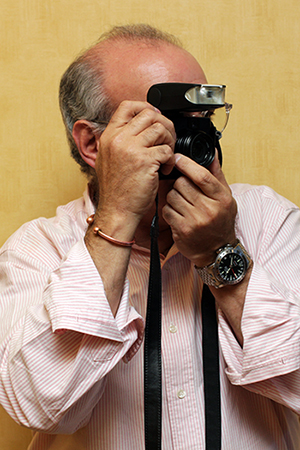 Once upon a time, hi-fi magazines used to visit audiophiles' homes and publish features on their systems. That practice seems to have faded out, probably because we live in a world full of scummy people who will find out where said audiophile lives and break in and steal the system. Thankfully, Dave Chesky is not a "civilian" but a high-end community notable, and he lives in a secure apartment, so he won't mind if I write about my recent visit to experience his reference system.

Simply put, I was not prepared for what I heard.

Over a decade ago, I wrote a book about Quad, and auditioned -- during my research -- what I thought was every possible iteration of the original Quad '57 electrostatic loudspeaker. Chesky, a world-class musician and composer as well as a music label owner, has long been a champion of this speaker, which he describes as still the most "coherent, seamless, and detailed" design that he's experienced. But then, he's talking about his personal hot-rodded pair, which do things no '57s should be able to do.

Dave had his "black grille" '57s overhauled by Wayne Picquet at Quads Unlimited in Florida and further upgraded by Electrostatic Solutions in Kansas City, MO, and had custom-made solid-wood stands devised for them, providing added rigidity. He also has a pair of Pioneer supertweeters positioned above the Quads, but they weren't hooked up when I visited him, and I can't begin to imagine what they might add to the already-glorious sound his speakers were delivering.

As with the basis of every "Quad mod" program, there are only two areas of the speaker that need attention. The original Quad full-range electrostatic, when played within its limitations, is impossible to beat for neutrality, openness, detail, clarity, soundstage recreation, and transparency, so you'd think they don't demand any aftermarket upgrades. But the originals were compromised in part because of Peter Walker's stubborn belief that they went loud enough and deep enough. Thus, the two areas tweakers attend to are 1) bass extension and 2) power handling, the latter dealing with the maximum SPLs deficiency.

Dave put on some reggae from his HDtracks catalogue, and the vast soundstage, with image positioning of absolute precision, communicated the proposition that these were not your basic Quads. The scale was of a measure I associate with Wilson Alexias and other dynamic speakers of larger physical form: utterly convincing. 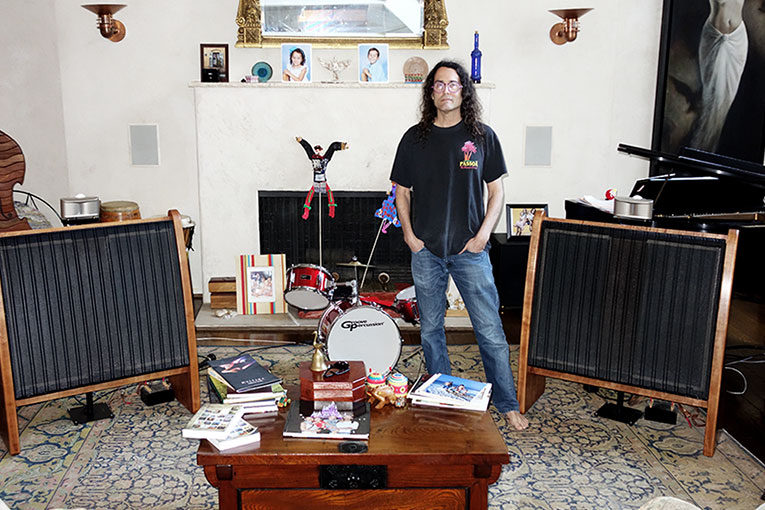 David Chesky in his listening room

If the sound was so open and authentic, what, you might wonder, made that any different from the 57-year-old original? After all, its soundstage (once stereo encouraged the use of a pair) has always been peerless. The answer is simple: this version's performance also featured playback levels that would cause the originals to arc, while the bass begged the notion that a subwoofer was lurking somewhere. Uh-uh.

Peter Walker would have been horrified -- or merely insulted -- that someone dared customize his masterpiece (and a true masterpiece it most certainly is), but he would have appreciated that Dave positioned his in the almost comical location that Walker specified: a third of the way into the room. Because Dave's profession is in audio, he can justify situating them in a way most domestic situations would preclude. (No, I'm not going to get into a frenzy here about how wives ruin most audiophiles' dreams.) His ESLs have all the breathing space they need to soar. 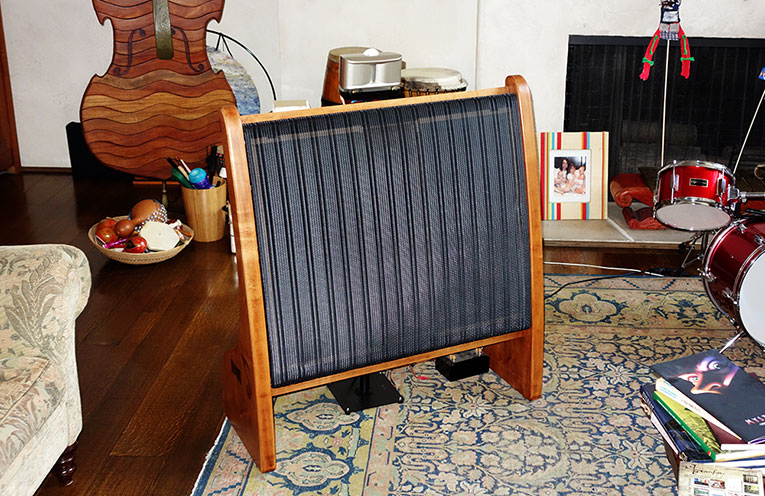 And soar is what they do. The sheer "invisibility" of the Quads will be enough to dazzle most seasoned listeners, who are often disappointed after reading a review that says "The speakers seemed to disappear" in reference to a model's dispersion, lack of boxy colorations, or other clues to their presence. No speaker I have ever heard does the disappearing act in the way these '57s manage it, not even my beloved Apogee Scintillas, nor LS3/5As.

But back to the bass and the playback levels. For those who, like me, always go "easy" with their '57s, despite the existence of a number of companies from Germany to Florida that can repair them, Dave's were a revelation. There was more than enough extension to do justice to the aforementioned reggae -- the most bass-heavy of genres -- while the levels were more than merely satisfying: they were downright impressive.

I have heard other modified Quads that do "loud" and others that do "deep," and some that do both to a reasonable degree. These would be, in the main, stacked pairs. But none have even come close to matching what I heard chez Chesky, which is a single '57 per channel. Dave reckons that the only speakers which might give him even more of the Quad's virtues are the latest full-range ESLs from Sound Lab, which other devotees of electrostatics have recommended to him. As one with limitless respect for Dr. Roger West's design, I concur, the only downside being the vast size of his curved ESL panels. 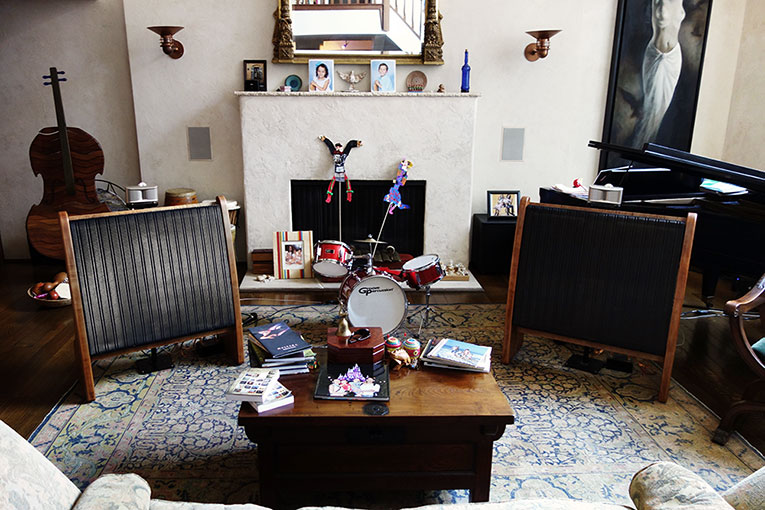 I'm not going to bore you with the technical specifics of Wayne Piquet's rebuild of Dave's Quads or Electrostatic Solutions' procedures, as you can just click on the links above for details on what's done. What's important is that the mods are reversible, should you be a purist who might one day want to return the speakers to their original, unadorned specification.

My own '57s are believed to be the very last pair serviced by Quad in the UK, before the service department stopped dealing with the model. (The original jigs for stretching the membranes are now in Germany.) I am loath to do anything to them, as I am not so much a purist as I am a coward -- should their historical provenance be true. But after hearing Dave's '57s, I offer this response: if I didn't live in the UK, which precludes shipping them across the Atlantic on cost grounds alone, I'd be getting mine modified  to Chesky's level right now.