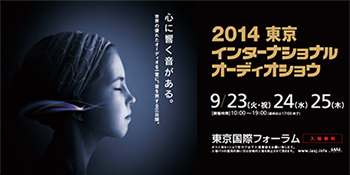 Tokyo's International Audio Show is a mildly curious affair, smaller than you might think and hosting uneasy bedfellows: local brands from the purist to the commercial versus the best high-end imports. What isn't in question is its dedication to pure audio. This is not the place to go to be overwhelmed by home cinema.

Held in the Ginza district in a spacey-looking convention hall, it features 20 massive demo rooms on four floors. Japanese audiophiles like timed demonstrations -- also the modus operandi for the new UK show in Windsor -- so it's a case of sitting and listening rather than wandering around. I undertook three presentations to demonstrate the beauty of vinyl LPs, and I was staggered by the rapt attention of the audience.

As many of the products were familiar to you, having been launched in Munich or at CES, it would be redundant to cover them. But these are the products that caught my eye. 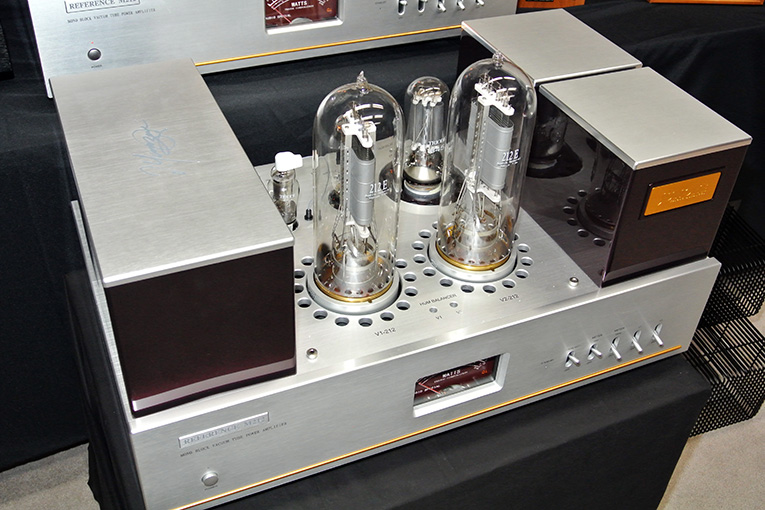 Triode's Junone Reference M212 monoblock is utterly massive. To give you some idea, its 212E output tubes are over a foot tall -- they tower over the not-exactly-tiny 845 driver just behind. Meters are switchable from 10W to 100W maximum readings. 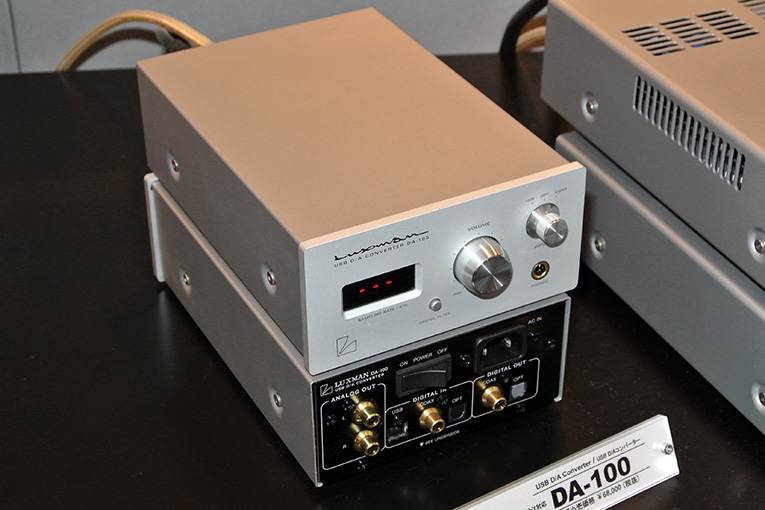 Luxman -- which seems to be on the cusp of a major comeback -- joined in the latest craze with this minuscule DAC/headphone amp, the DA-100. It can resolve sampling rates of 32kHz to 192kHz, up to 24-bit, via USB, optical, or coaxial sources; digital outputs are coaxial and optical, plus analogue line out. The display shows the sampling rate. Dimensions are a compact 149x70x232mm (WHD), and the finish and feel are typically Lux-y. 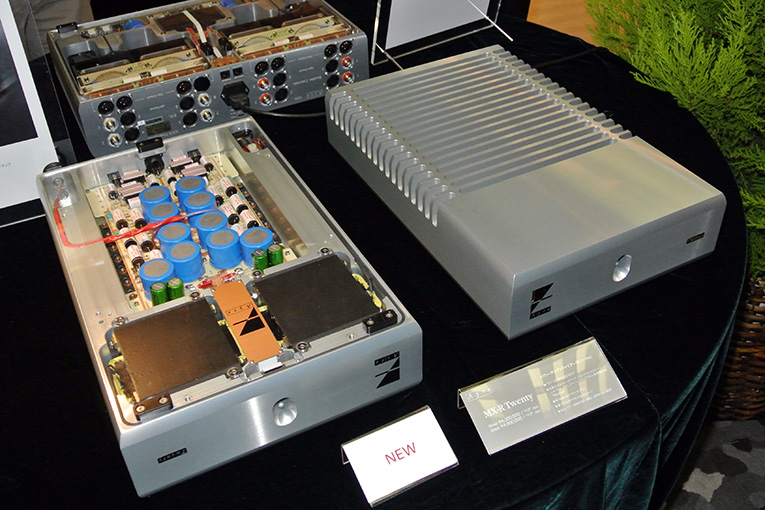 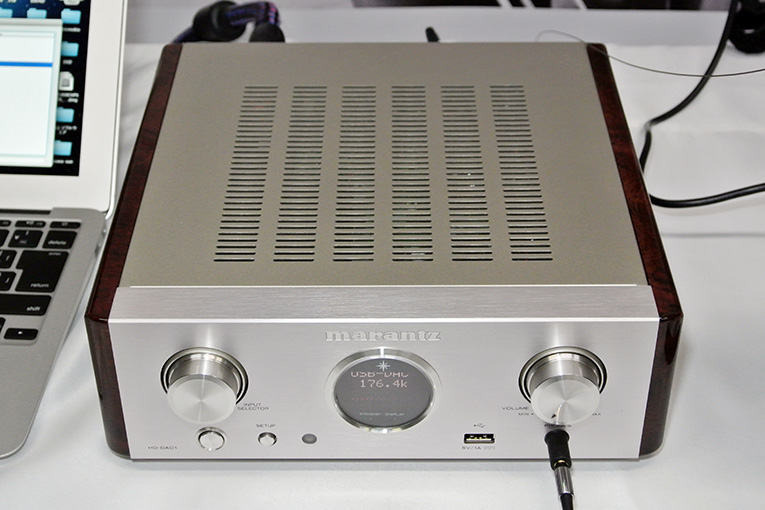 Like Luxman, Marantz has a DAC with headphone amp in the current fashion. The HD-DAC1 uses Current Feedback technologies from the company's Premium 11 series. The HD-DAC1 can drive high-impedance headphones up to 600 ohms. 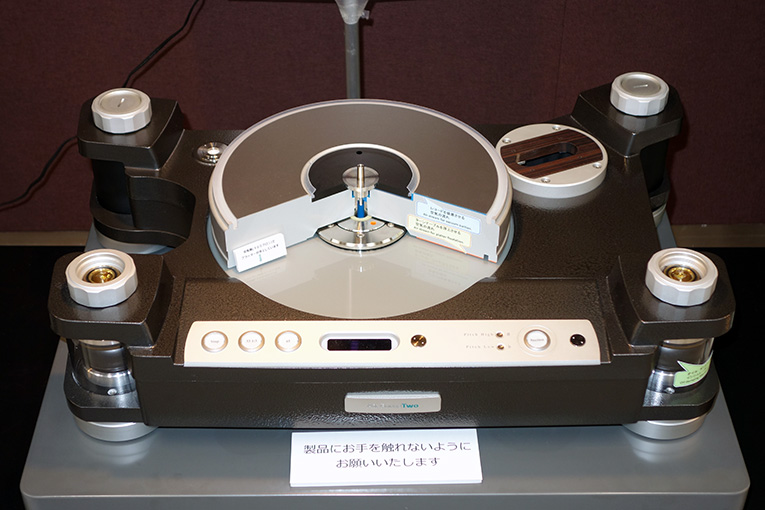 The TechDAS Air Force Two, launched last year, was exhibited as a cutaway to show off its platter construction. The deck delivers most of the Air Force One's performance at below half the price thanks to simpler construction methods, including a cast chassis instead of one machined from solid metal. The Two rests on four feet rather than three, and also accepts two arms. 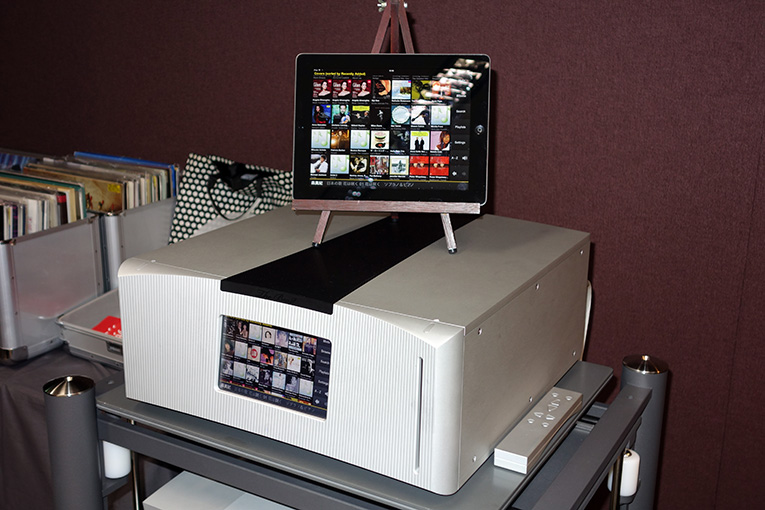 From Switzerland, ReQuest Audio's The Beast is a Linux-based server/ripper commanded by a 7" touchscreen, operating with or without computer or Internet connection. It offers access to Gracenote, internal storage of 0.96TB or 1.92TB SSD, options to store video, balanced operation, and can deal with PCM from 44.1kHz to 384Hz and up to 32-bit, plus four DSD formats. 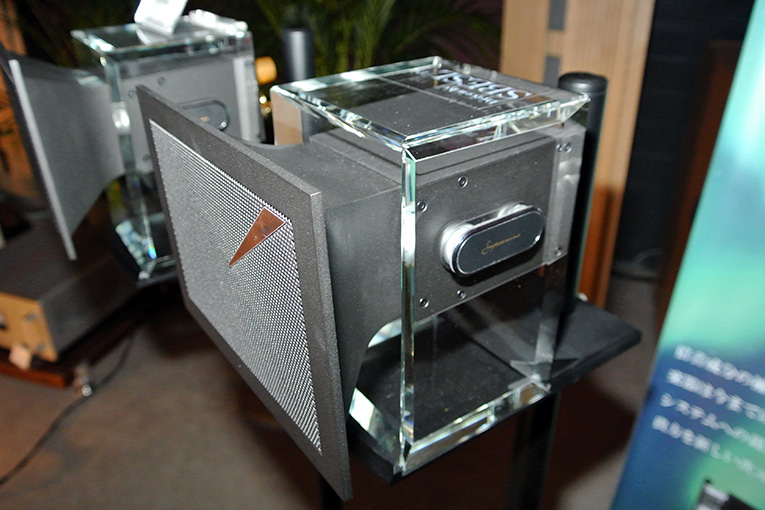 ENIGMAcoustics' Sopranino supertweeter is a 181x193x207mm (WHD) unit, seen here on the optional floorstand. Said to be the world's smallest electrostatic driver, it is housed in a parabolic-shaped aluminium enclosure. The speaker acts as a dipole. 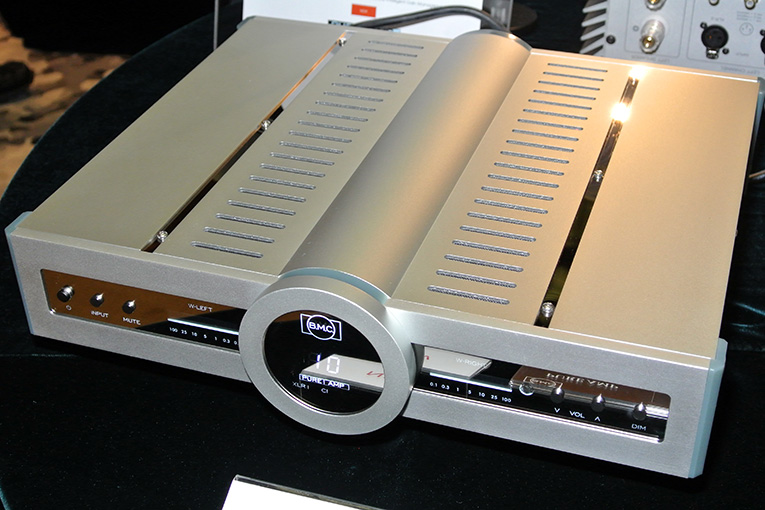 B.M.C.'s 100Wpc PureAmp integrated offers a variety of inputs and outputs, including XLR, RCA and optical connections, with options related to the matching PureDAC. Rear-panel connections include two pairs each of balanced XLR inputs and unbalanced RCA inputs, two pairs of Neutrik speakON speaker outputs, and two optical inputs for the B.M.C. Link. 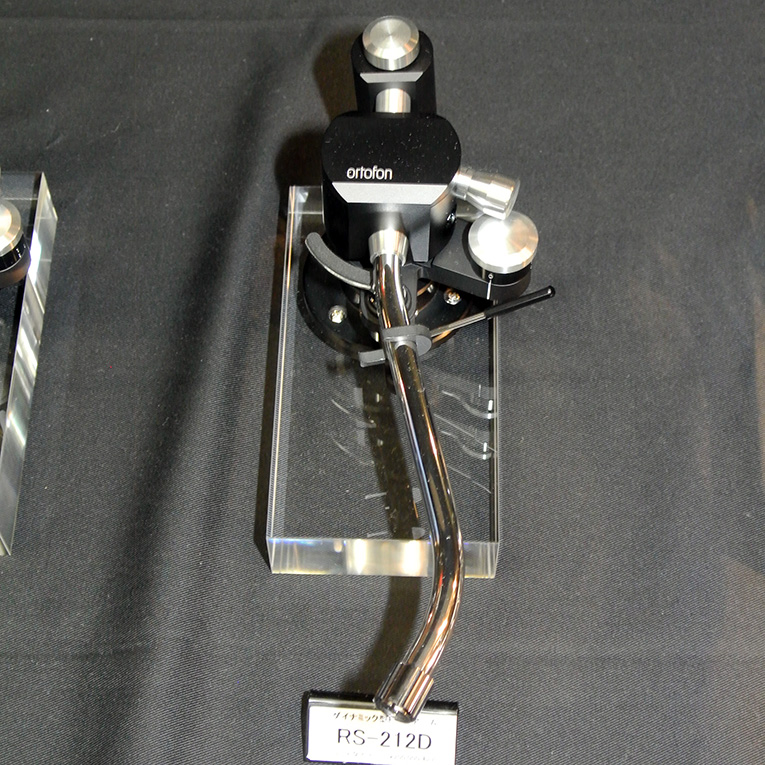 Ortofon offers two tonearms in 9" and 12" lengths for the Japanese market, perfect for the company's hefty SPU MC cartridges: the dynamically balanced AS-212S/AS-309S and the RS-212D/RS-209D. The RS-212D is seen here. The arm can handle cartridge weights of 18g to 40g for tracking forces up to 5g. Construction is fabulous, setup a no-brainer. Also on display was an anniversary model of the SPU. 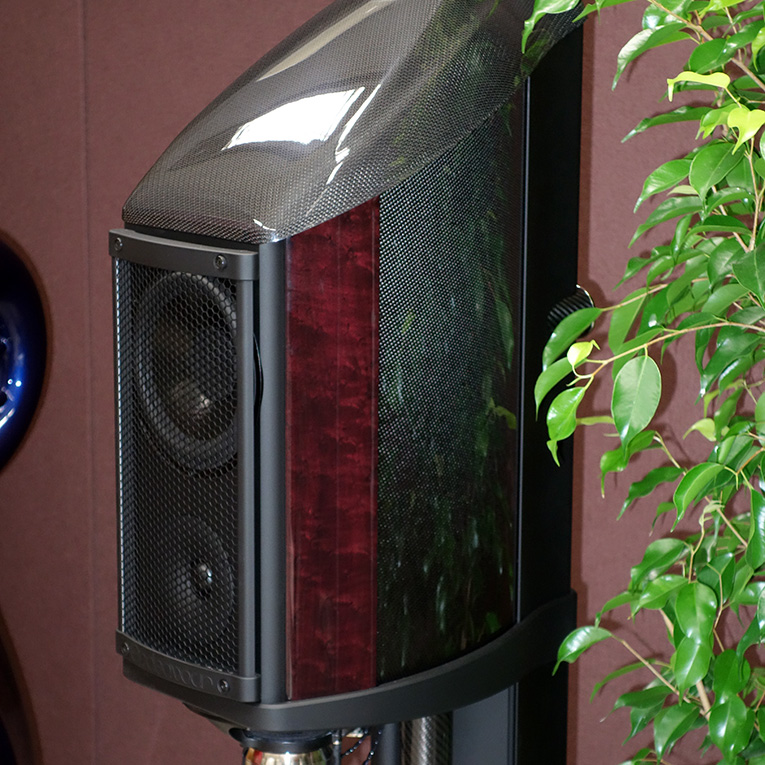 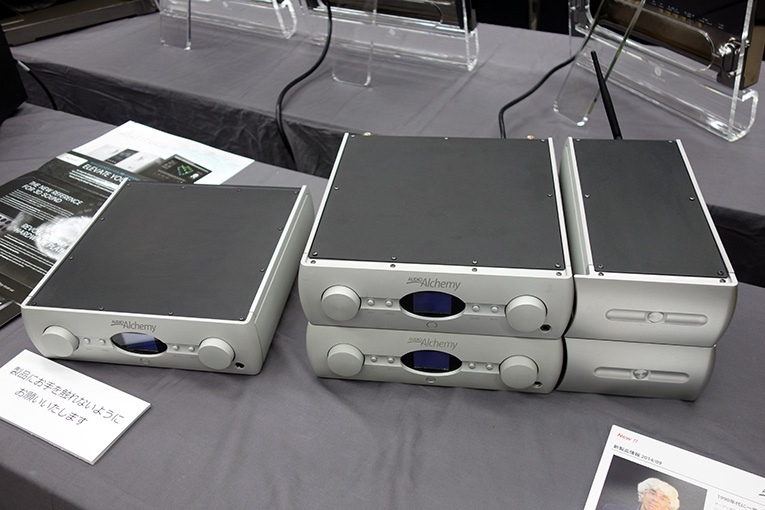