Have you ever taken your car in for a complete tune-up and, when you picked it up, it worked so much better that it seemed like a different vehicle? A similar thing happened to me with EMM Labs’ DA2 Reference digital-to-analog converter, which I reviewed in July 2017.

I loved the DA2 Reference for its extraordinary sound quality. Never had I heard a digital source component with such detailed and spacious sound that, at the same time, was so smooth and engaging that it won over even those who swear by the sound of LPs. But the DA2 costs $25,000 USD -- no way I could afford to buy one, even at an industry-accommodation price. So shortly after completing the review, I returned the review sample to EMM Labs and thought I’d never see a DA2 again. As soon as it was out the door, I started missing it.

Unexpectedly, the DA2 Reference came back into my life last year, when EMM Labs sent me for review their even costlier MTRX2 monoblock power amplifiers ($85,000/pair, reviewed in January 2019), and their companion Pre preamplifier ($25,000). When I asked EMM why they’d sent me another DA2, I was told that while founder and chief designer Ed Meitner knows that most people mix and match his products with components from other companies, he prefers that audiophiles listen to all of his electronics together, as he designed them to be used. 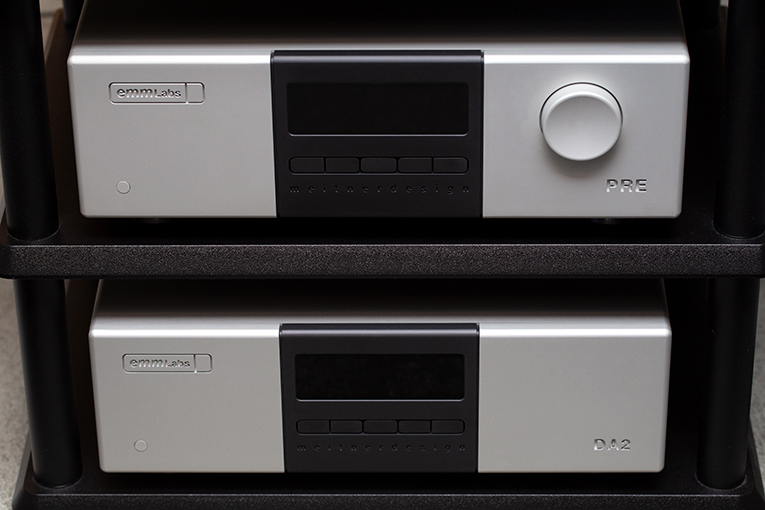 Eager to get a DA2 back into my reference system, which hadn’t changed much, I hooked this one up before the other EMM components and was immediately taken aback by what I heard. There was no change in tonality, but compared to what I remembered from the unit I reviewed in 2017, there was an unmistakable increase in soundstage spaciousness -- and this was something, given how good the DA2 already was in this regard -- as well as increases in image specificity and overall clarity.

This was immediately noticeable with a reference recording I’ve used for years: “Everest,” from Ani DiFranco’s Up Up Up Up Up Up (16-bit/44.1kHz FLAC, Righteous Babe). For this track, DiFranco’s voice was mixed off-center on the soundstage -- with the way my speakers are usually set up, that puts it about 8” shy of the left speaker and about 2’ behind that speaker’s baffle. In a well-set-up system that can reveal a high level of detail, you should hear her voice as a tightly focused ball of sound about the size of a human mouth -- just as it sounded through the first DA2 I had here. With the second sample, that ball of sound was the same size, but DiFranco’s voice now seemed a bit clearer, and the image seemed more focused on the stage, to the point of becoming slightly more tangible and right there. Furthermore, the space around her voice sounded larger, and more distinct from the voice itself -- as if I could hear into the recording a little more. This was the first hint that something about the DA2 had changed.

Next up was “No Landing (Lucknow),” from Greg Keelor’s Gone (16/44.1 FLAC, Warner Music Canada). Keelor’s voice is dead center, pretty much right in the plane described by the speakers’ front baffles. When I turn up the volume with great speakers that can deliver high SPLs and amps powerful enough to drive them there, this track’s dynamic range is such that Keelor’s voice soars unrestrained and sounds remarkably lifelike. It didn’t soar from my speakers any more than I remember it doing when the first DA2 was here, but with this new DA2, Keelor’s voice sounded clearer, the space around it larger, the delineation of his voice from that space more distinct. 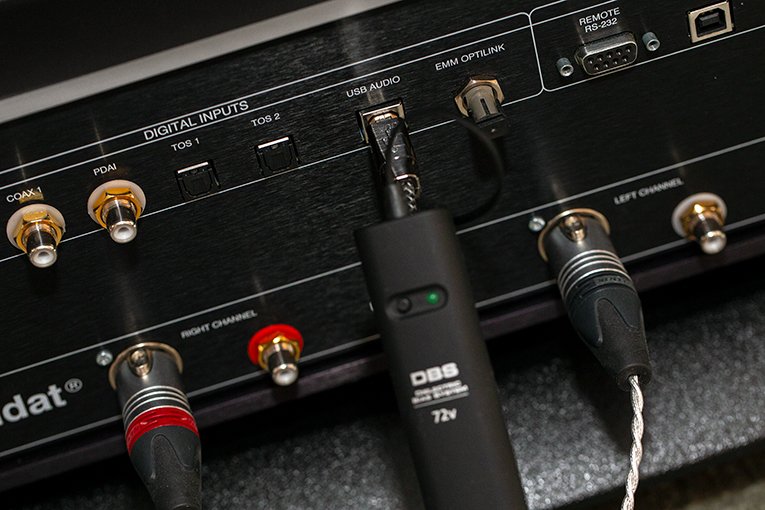 Triple-checking, I played Ennio Morricone’s mostly choral score for the film The Mission (16/44.1 FLAC, Virgin), which I’ve used as a reference recording for decades, mostly to gauge soundstage width and depth, and image specificity. Any track on this album is a great example of stage width and depth, but I always play the beginning of “Gabriel’s Oboe” to hear how far back on the stage the timpani are placed -- I’ve found that they should sound as if they’re about 50’ back. I also listen for how solidly their aural images are placed at the rear of the stage. No question: the depth of stage was easier to hear than before, and while the drums aren’t up front and immediate in this recording, as DiFranco’s and Keelor’s voices are in theirs, even way back on the stage, their positions seemed more precise than with the first DA2.

“Gabriel’s Oboe” revealed something else: the harpsichord had a bit more high-frequency shimmer than I recall hearing from the first DA2, and there seemed to be more air around the stage. Overall, it was as if the higher frequencies had a bit more sparkle and life.

Aural memory is notoriously unreliable; nevertheless, playing these tracks made me so certain that the second DA2 sounded different from the first that I wanted to ask Ed Meitner about it. I didn’t -- I know he prefers not to talk about his designs -- and instead called EMM’s director of sales and marketing, Shahin Al Rashid. I asked him flat out: “Did Ed change the DA2?”

Al Rashid laughed. “We wondered if you’d notice that!”

“So I wasn’t imagining things!”

He then told me that the first time he’d heard a more recent DA2, he, too, was startled. According to him, none of the hardware was changed, but all of the code that runs on the DA2’s field-programmable gate array (FPGA) to bring all the digital ones and zeros to musical life had been “rewritten from the ground up.” He didn’t say what the new code does, or how long it had taken to rewrite it -- he told me only that it had all been completed in the time between my return of the first DA2 and EMM’s sending me the second. And because only the software was changed, DA2 References with the old code could simply be updated.

Can recoding really make that much of a difference? Well, if you consider that digital sound is entirely coded in a series of ones and zeros, and that a DAC like the DA2 does a whole lot of number crunching, then yeah -- it’s not hard to imagine that it could have a big impact. And it did -- the improvements I heard were obvious.

I bring this to light now because the online magazines published by the SoundStage! Network focus on new equipment and don’t publish follow-up reviews. But when I heard the improvement in the EMM Labs DA2 Reference, it bothered me -- I realized that the review I’d written in 2017 now doesn’t entirely reflect the sound quality of current production units. 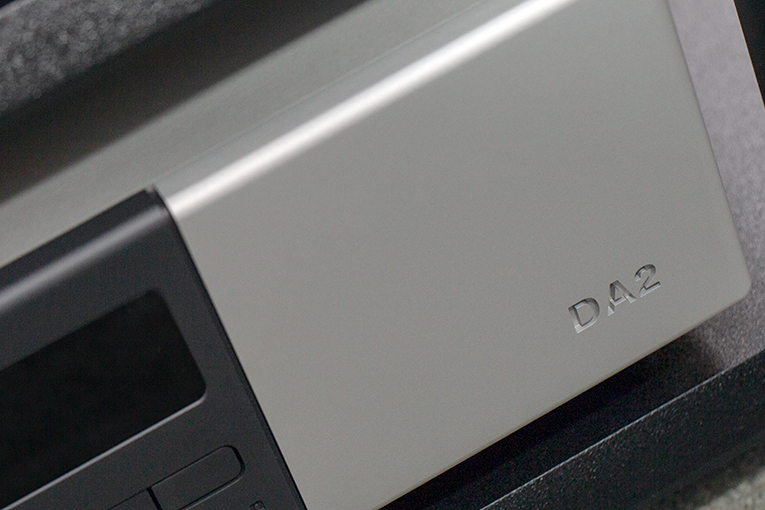 Two things about the DA2 Reference haven’t changed: it still costs $25,000, and I still can’t afford to buy one. But for those who can afford it and are looking for the ultimate in digital playback, here are my parting words about this amazing DAC: The best-sounding digital source component I’d heard up to July 2017 sounds even better in 2019. And when I have to send this second unit back to EMM Labs, you can bet I’ll sorely miss it the moment it goes out the door.