Why I Prefer Vinyl

“You could tell a lot about a man by the books he keeps -- his tastes, his interest, his habits.”
-- Walter Benjamin, Illuminations: Essays and Reflections

In my house are two discrete audio systems. On the main floor resides a fully digital system comprising a Hegel Music Systems H90 integrated amp-DAC fed by the USB output of a Logitech Squeezebox Touch. The speakers are whatever is in for review, or a pair of my own. The Touch and the server that supplies the bits are still supported by Logitech, bless their hearts. Included in this wandering, open-source collection of plug-ins, is an exceptionally cool jukebox program, Don’t Stop the Music, which hooks in to Last.fm and its Universal Scrobbling software. I can pull-start the Touch first thing in the morning, then let it play for days as it grabs track after related track from Tidal and from my own music collection on the server, as it sees fit. 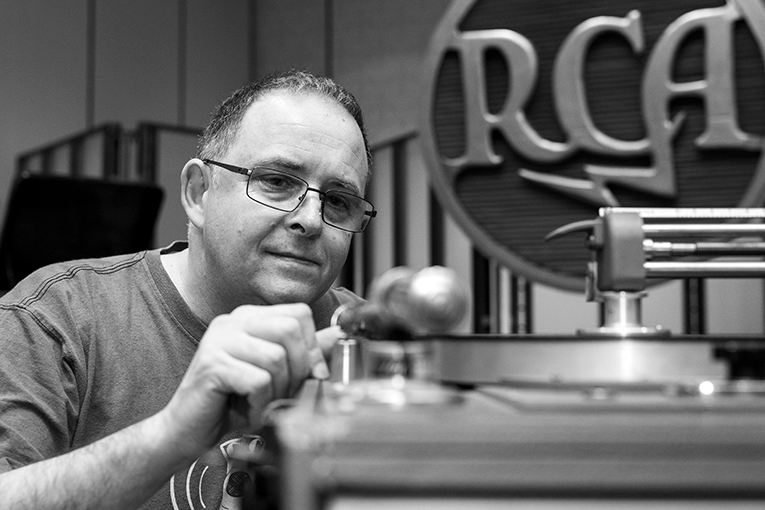 Often, my wife, Marcia, or I will prime the pump at 6 a.m. with Brian Eno’s Music for Airports, and let that chug along till mid-morning. Then we’ll switch to something a bit more lively.

For the most part, we don’t pay much attention to what’s playing. Like Music for Airports, the day’s soundtrack is a kind of musical furniture.

“What’s this we’re listening to?” Marcia will ask, a few hours into a computer-generated mix.

One of us might look at the Orange Squeeze app on our phones to see what’s playing, but mostly we don’t bother. With this system, listening to music is a form of transitory consumption.

That all-digital system sounds magnificent. Right now it’s fronted by Estelon’s YB speakers, which look otherworldly and sound huge and rich. This setup is perfect for our busy lives -- we don’t have to pay much attention to it, and the music of the world is at our fingertips. What’s not to like?

But when I want to give music my full attention -- when I want to listen to it instead of merely hearing it in the background -- I head downstairs to fire up my analog-only system. Listening to music through this rig is a totally different experience. First, it’s based on a Sonic Frontiers SFL-2 tubed preamplifier, which means I need to purposely fire it up, and after which I must wait until I hear its relay make an approving click. 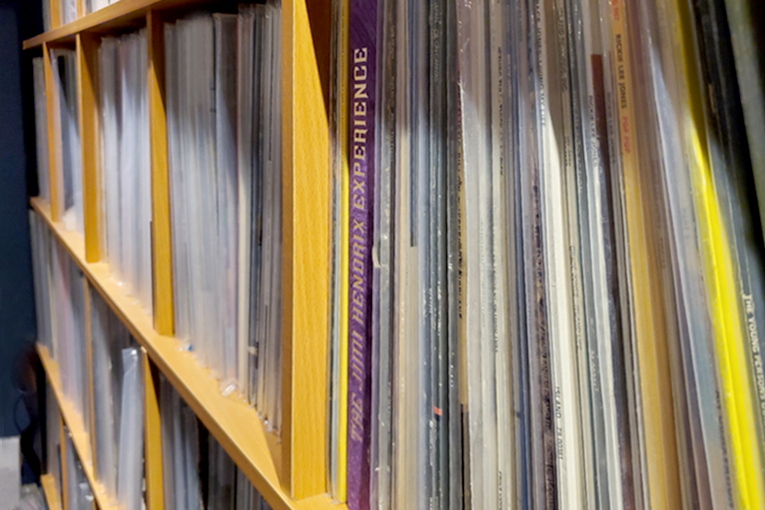 While the SFL-2 is clearing its aged throat, I choose an LP from one of the frequent-listen stacks propped up against the wall, against the speakers, on top of the speakers. (This is why I prefer speakers with level top panels.) Or I’ll saunter over to a 5’ x 5’ IKEA Expedit rack groaning under the weight of hundreds of pounds of vinyl. I carefully decant my choice from its jacket, then jiggle the disc out of its inner sleeve. Then it’s over to my VPI turntable -- I remove the record clamp, lower the LP onto the platter, place the clamp over the label, switch on the platter and, as it spins, swipe off the dust with my AudioQuest record brush. Then and only then can I lift and move the tonearm over the LP, and lower the stylus into the lead-in groove.

Getting ready to listen to an LP is a fair amount of work, but 35 years ago, that’s what we did. There were no music servers, and CDs weren’t yet mainstream. You wanted music that sounded good? LPs were your only real choice. Cassettes were fine for use in the car, but everyone knew their sound was compromised, to say the least.

Yes, 1985 seems forever ago. There was no Internet, no smartphones, no streaming services. You’d slam an LP on the ’table, park your ass on the couch, and read a book. While this now sounds quaint, like making your own candles or churning your own butter, it was probably a healthier time, or at least a more restful one. 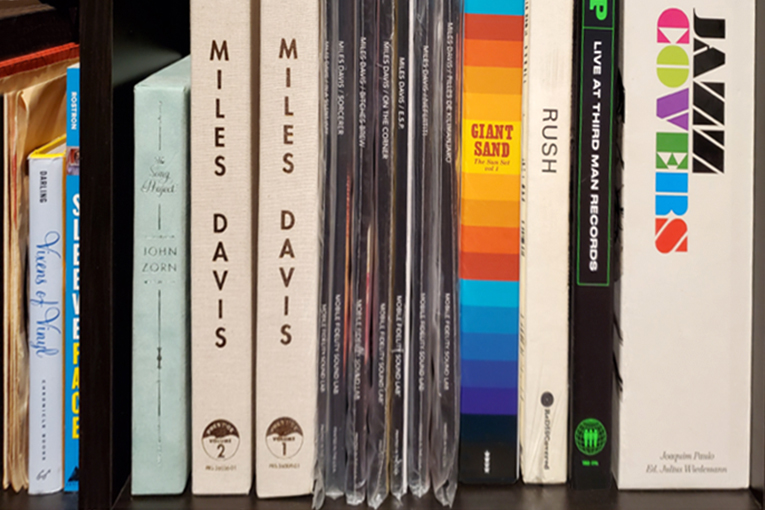 When I play an LP I sit through an entire side -- that’s around 17 minutes of music. There’s no next track button, no concept of a song. It’s an entire encapsulated performance.

And the medium itself, the long-playing vinyl record, is a classic, brilliant, beautiful thing in itself. I just received a recent remastering of Pale Sun, Crescent Moon, a huge favorite of mine by the Cowboy Junkies (2 LPs, RCA 8647913). The packaging is magnificent: the outer jacket is sturdy and colorful, with embossed text and images. Despite having been delivered on one of the hottest days of the year, the discs themselves are flat and quiet. And the sound quality is fantastic.

Which, of course, is a big part of the draw -- the magic of how a tiny rock being rubbed against a long, coiled plastic groove can produce such incredible sound. I’m not going to even approach the rabbit hole of which sounds better, analog or digital. For the purposes of this article, I’ll just say that LPs can sound fantastic -- of course, some don’t -- and can impart to the sound a pleasing warmth that probably isn’t accurate. But, really, who gives a shit?

So LPs can sound great -- if they didn’t, we wouldn’t be having this discussion. But the allure, for me, is equal parts sound quality and ritualistic gizmo-driven nerdism. I’m not just listening to the music -- I’m participating in it. 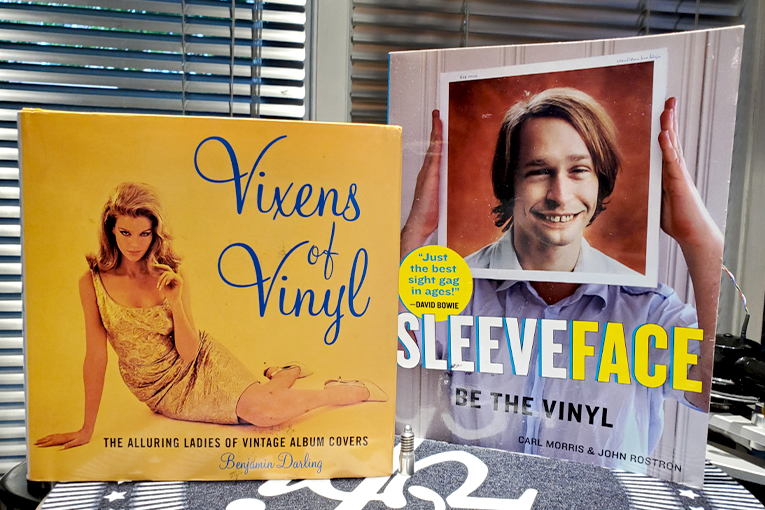 Another part of the LP’s draw is actually a reaction to my hatred of the physical medium of the Compact Disc itself -- from the vile, crinkly sound of the cellophane wrapper, to the brittle crackle of the plastic jewel case, to the nasty crunch as you pull the CD off the spindle. For me, the CD and its packaging were tactile nightmares. I recently sold off my collection of CDs, which were only taking up space -- I’d already ripped them all, and no longer owned a CD player (another tactile dislike). The final insult was the $1 per CD I received for most of my collection. Good riddance, I say.

So, after my short dalliance with CDs, it didn’t take much to push me back toward vinyl. Back up a few years, and recall how much fun garage sales were before the hipsters discovered vinyl and nearly ruined it for us all. I’d fit the panniers onto my motorcycle and spin up and down streets, looking for sales. “Any records?” Invariably, I’d return home with something of worth for next to no cost. It was a great way to spend a Sunday -- hunting down a prize that might be lurking among the 101 Strings and beat-up Barbra Streisand records. What might the next flip of album in this milk crate reveal? The garage-sale era is now basically toast. Almost everyone has heard about the vinyl resurgence, and a cursory Internet search will instantly reveal the value of a record, so good deals are essentially gone. But that’s OK -- that same revival has got the stamping plants fired up again, and new, high-quality LPs are again being made and are readily available. For the most part, when I hanker for a new LP, I walk down to my local record store -- Pop Music, here in Toronto. Derek, the proprietor, curates a wonderful cross-section of genres, and will happily order for me anything that’s available, at competitive prices.

Although you’ve got to be wound at least somewhat tight to endure the fiddly processes that go along with the vinyl lifestyle, you don’t need to be totally nutzo. A full-balls high-end rig can be time-consuming and high-strung. Sometimes my analog rig sounds so good that I sit there and shake my head in astonishment. Sometimes it doesn’t sound anywhere near as good. What could be the problem? Is my cartridge wearing out? Is it the humidity? Is it what I’m wearing? 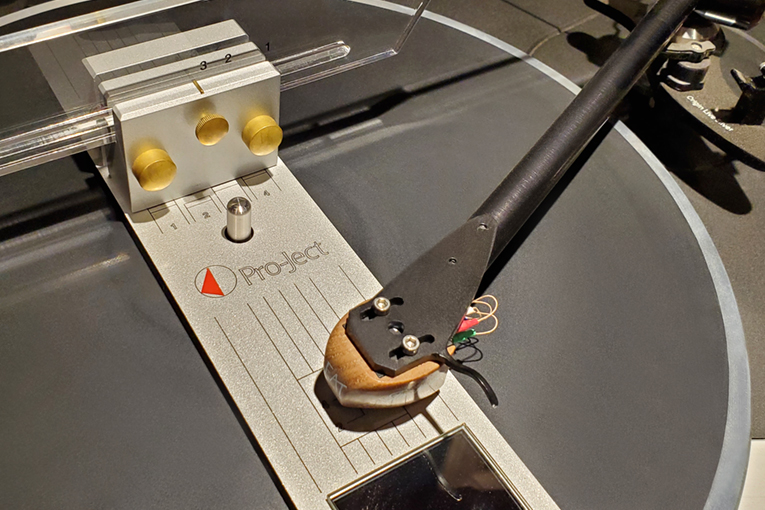 If the problem persists, I mess around with the stylus tracking weight. Maybe change the cartridge loading. Break out the protractor and recheck the cartridge alignment. Usually, everything is fine and I set all parameters back to where they were. And the next day it sounds phenomenal again. I’m talking here about sub-millivolt signals, and movements of stylus in groove that are on the micron level. Maybe a gravitational wave from the collision of two black holes temporarily dejiggered the coils inside the cartridge. Who knows?

Yup, chasing the bleeding edge comes with its risks. A slightly less-resolving analog rig might well lower my levels of neurosis -- a set-it-and-forget-it system like the ones that cycle through Doug Schneider’s Systems One could run for years without requiring a second thought.

I’m thoroughly settled in my analog life, but I sometimes think about how daunting a proposition it would be to set up such a system all over again, from, well, scratch. Beyond the initial purchase of the turntable, tonearm, cartridge, and phono stage -- heck, maybe even an amp and speakers -- I’d have to choose my first LP . . . and the next, and the next. At an average of $30 a pop, that new library would soon be costing me a lot. Of course, if cost were no object, I could just log in to Amazon, Elusive Disc, Music Direct, or any number of other online outlets, and go hog wild. A massive shopping cart, a massive bill, and my new library would be drop-shipped to my door.

It could work like that -- but not for most of us, who to some degree must watch our budgets. Those first few months could be a bit discouraging. After years of ribbing me about whether I could upgrade my turntable’s software via USB, our own Roger Kanno recently jumped into the analog waters. He bought a Pro-Ject X1 turntable and his first LP: the Cowboy Junkies’ The Trinity Session. Roger now owns six LPs, and is finding choosing and buying records a daunting process. The analog thing is a bit of a dalliance and novelty for him, and while he likes it and does see the appeal, as of now he thinks he’ll continue to use digital sources for most of his listening. As Roger wrote in a recent e-mail: “One more record and I am at the cost of an annual subscription to Tidal HiFi! I think they have 30 or 40 million songs.”

I suspect that many newcomers to vinyl see it that way -- as a nice place to sit a spell, but no place to sink permanent roots. 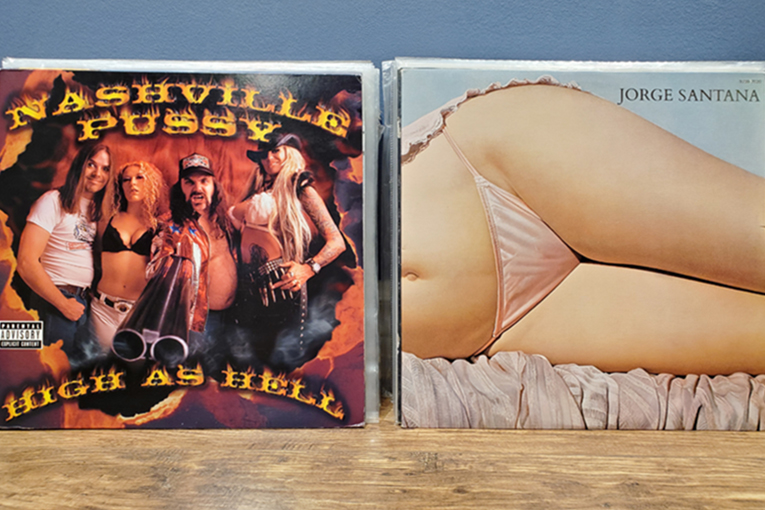 But some will stick with it, because there are wealths of flavor, vigor, and life to be found in the old LP. Look at that cover art! Check out the depth and richness of sound in those glossy grooves! It’s a thing -- a nice thing that you can actually hold in your hands. And note the plural -- you need two hands to securely hold and appreciate an LP, especially one that comes in a gatefold jacket. And the inner sleeve may be resplendent with photos, or an essay describing the music it contains.

You’ll have to stick with it. Those first six LPs will probably leave you discouraged. Roger -- try to budget for two records a month. Life is long, and dying with a good-size record library is one indication that it’s been well lived.