In the previous installment in this series ("High-Performance Loudspeakers: Modeling, Measuring, Listening"), I gave a bird’s-eye view of modern-day speaker designing -- a combination of computer modeling, rigorous measurements, and listening. At the end of the article, I promised to let some of today’s designers outline how they do it. I chose Kevin Voecks and Laurence Dickie because both possess the "command of the technology" that I spoke of last time.

Kevin Voecks is the product development manager for the Harman High-Performance A/V division of Harman International, which is based in the US. Harman International is the parent company of Revel Loudspeakers, and Revel’s Ultima Salon2s are what I currently use in my listening room as my reference speakers. The Salon2, which in 2009 won our SoundStage! Network Edge-of-the-Art award, is a reference-caliber full-range loudspeaker. Laurence Dickie is the chief designer at Vivid Audio, based in the UK and South Africa. Dickie created the Vivid B1, which I reviewed last December -- a speaker so good that it won our 2010 award for Pioneering Design Achievement. The next speaker en route to me for review is Vivid’s G2 Giya, one step down from their statement-level G1 Giya.

Because I don’t want to put words in anyone’s mouth, I asked Voecks and Dickie to each provide an overview of how their respective companies design a loudspeaker. Here’s what they came up with: 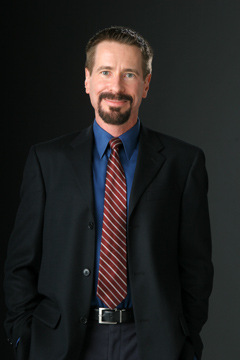 First, we look at the general objective. Of course, it is always to make the best speaker in its class, but every project needs a plan. The first step is the relatively high-level "definition" of the speaker. Fortunately, we can assume that we are designing the transducers from scratch, so there are no limitations other than those imposed by physics.

Let’s say that we want a three-way floorstanding speaker, so that it can be truly full-range (i.e., bass extension to roughly 20Hz). That implies a ballpark range of internal volume for the woofers. From experience (and much available data), the size of the transducers is specified, based on low-frequency extension, output capability, and achieving off-axis response that is consistent with respect to frequency. (The latter limits the size of the midrange, and generally requires a tweeter that is capable of excellent performance at relatively low frequencies in order to be able to optimize the off-axis response.) The woofer motor designs are modeled, which provides a check on the practicality of the proposed enclosure volume. (An acceptable size for aesthetic appeal must be balanced with the low-frequency extension of the system.)

A detailed "definition" of the system is developed as a roadmap for the engineering team. The price range impacts whether distortion-reduction mechanisms can be employed, whether large voice-coils and large motors can be used, and how much diffraction optimization can be afforded in the enclosure design (industrial design). All of the transducers are designed using CAD software, and must meet detailed specifications called for in the definition, such as that all resonances must be below the levels that our research has determined are below the threshold of audibility. Motor systems are then built to the specifications and tested for meeting specs, as well as being tested for nonlinear behavior characteristics. At this point, transducer measurements are all made in a 2π ("half-space") anechoic chamber -- essentially, an anechoic chamber with a solid floor. A laser interferometer is used to determine that the transducer diaphragms behave like pistons throughout their passbands. It’s important to note that achieving piston-like diaphragm performance requires optimizing numerous aspects of the transducer, including the diaphragm material and thickness, the overall shape, the size of the voice-coil former, and its attachment method, as well as the surround characteristics. 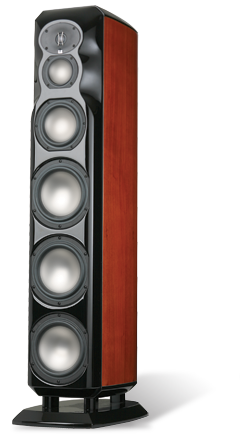 Each transducer is measured in the enclosure using a process we call "Spin-O-Rama," a series of 70 measurements made in a large 4π ("full-space") anechoic chamber. These measurements result in data forming a complete sphere around the speaker. This is done because our research has resulted in a group of calculated responses that have an excellent correlation to sound quality.

This high-quality data is then used in filter-synthesis software to design the system crossover networks. (While nobody really thinks about the crossovers when they look at a speaker, the crossovers are, in many ways, the heart of the system.) We can then evaluate the "Spin" data, which includes curves of the listening window, early reflections, sound power, and the directivity index. This group of measurements has a very close correlation to timbre, which is the most audible aspect of loudspeaker sound quality. If the "Spin" data is poor, the speaker will certainly sound bad, so any issues visible in the calculated curves would be investigated and solved before any listening tests.

Once the full "Spin" data results are optimized, position-independent listening tests are performed. Since small differences in the placement of a loudspeaker within any listening room result in significant audible differences at the listener’s ears, each loudspeaker must be heard when placed at the same location. We use a pneumatic "shuffler" to move each loudspeaker to precisely the same location when it is being played -- all within a few seconds, in order to maximize the sensitivity and validity of the test. We compare the speakers with the best "anchors," as well as speakers in their price range. The anchors are the best direct-radiator loudspeakers known to us -- the Salon2s, for example -- which serve as an acoustic "target." They also prevent inadvertent effects if all the competitors’ speakers happen to have a similar, non-ideal timbre, such as being excessively bright.

In general, we can outperform competitors based solely on the measurements made up to this point. However, this is where the real fun begins, where we can do blind-listening tests and aim to fine-tune the loudspeaker to perform as close as possible to the reference anchor loudspeaker. At this point, we compare the prototype to more expensive competitors to get a sense of where our performance lands relative to the (often much more expensive) competitive loudspeakers. 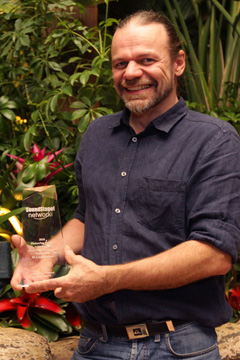 There are several layers to the design process. Early experimental research produces conclusions that then decide the direction for all subsequent products. Then each component can be examined in view of this philosophy, and the way in which they hang together as a system will usually conform to similar rules.

Referring specifically to Vivid Audio, early work with physical models and prototypes revealed that our ears are very sensitive to resonance and reflection. As a result, every aspect of the system needed to be closely examined to establish that these effects were safely out of band. This resulted in design rules that have largely dictated the final outcome of all our products. Namely: each driver behaves as a piston in-band, enclosures are to be free of in-band internal resonances, enclosures are to be free of external discontinuities on a scale that will affect the wavefront, drivers are to be spaced as closely as possible in order to keep vertical off-axis cancellations as far away as possible, horizontal off-axis responses are to be smooth and monotonic, the crossovers are designed to keep adjacent drivers in phase, and there’s consistency of driver philosophy in their design for each band.

In response to these requirements, we have developed domes with higher breakup frequencies, new magnet topologies, new chassis designs, and new ways to mount drivers. Our enclosures have smooth forms, particularly around the mid and high units, and make extensive use of damped exponential tubes for rear loading. These are the design stages that can really benefit from the use of computer-aided tools, but it’s rarely just a question of plugging in some data, turning the handle, and watching the final answers pop out. Very often, and particularly with finite-element analysis (FEA), you really need to have a fair idea of the answer before the computer will be useful in improving that answer. In addition, it is very important to be able to make physical models and measure and compare these with the FEA, to hone your modeling skills and to be confident in the modeling of the materials, particularly soft, lossy ones. Only when this is done can you then really start to head out into the unknown. Another example might be crossover modeling, where the computer will make a sterling effort at calculating the output of the system, but you must then use your experience with actual crossover design to understand how this can be improved, what components could be removed, and when and where to add others. 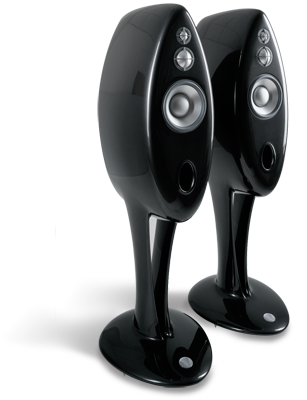 Having put all that effort into the building blocks, we’ve found that system design goes quite smoothly. I used to struggle with balancing the audible effects of cone resonances, cabinet resonances, and off-axis irregularities, and then squaring these with a presentable on-axis measurement. Life could sometimes become very tricky to accomplish all that. In contrast, having a bunch of nicely behaved components with a broadly similar composition leads to a system where aiming for a flat response is actually a totally valid goal. Beyond the lab and into the listening room, we find that we just have to do some overall balancing based on subjective impressions in various rooms, and rarely find the subjective result disagreeing too much with the on-axis frequency-response performance.

We recognize that ours is certainly not the only approach to achieving these goals, and indeed, there will be circumstances and environments in which others will give better results -- and we never lose sight of the fact that there are probably as many correct speaker designs as there are pairs of ears.

As I mentioned in previous articles, no two designers go about things in precisely the same way. However, Kevin Voecks’s and Laurence Dickie’s descriptions reveal some striking similarities in their design approaches and in their ultimate goals. Both use quite advanced means to develop their products and achieve those goals, and each has created speakers that can be considered high-performance designs.

My series on high-performance loudspeakers will wrap up with two important articles that will be online in the coming months. The next in the series will discuss one of the most crucial aspects of creating a high-performance loudspeaker, though it’s not something most people think too deeply about: quality control (QC). I’ll explain why this is so vital, and why, if their manufacturer lacked adequate QC procedures, your own speakers might not be performing as they should. The final installment will sum up my thoughts on how a true high-performance loudspeaker should be built, how it should measure, and how it should sound. I’ll mention specific companies that I know well, and that I feel are making some of today’s very best speakers.