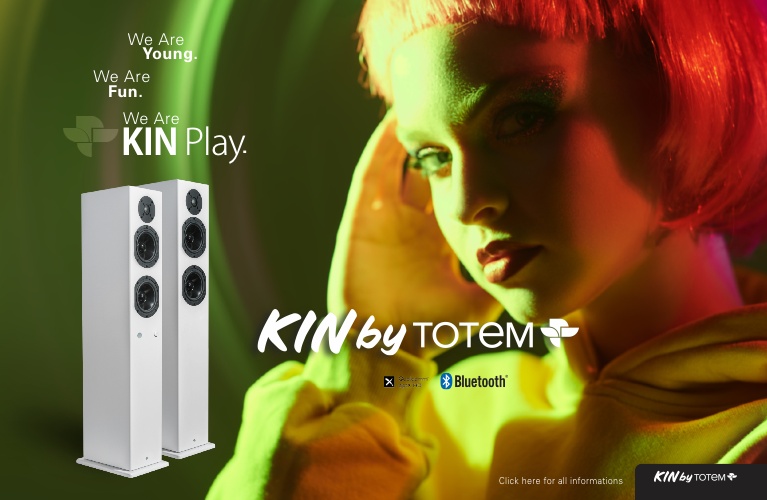 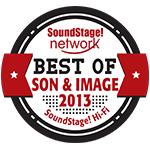 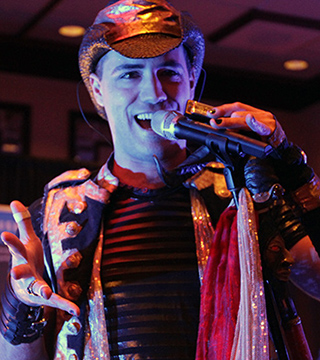 Our “Best of” post-show awards began after the 2013 Consumer Electronics Show -- we published the article featuring the best products and systems at that event in this space on February 1. Our next show stop was Salon Son & Image 2013, held March 21-24 in Montreal, Quebec, Canada. SSI is considerably smaller than CES, but is still important enough that many companies use it as a launching pad for new products, and most take the time to set up excellent display rooms to showcase their wares. This article highlights my choices for the best products and systems I saw and heard there.

One of the first products we covered at SSI 2013 was one of my favorites: the Satie loudspeaker from Arteluthe, a brand-new company based in Montreal and headed by Robert Gaboury, who used to be with Gemme Audio. Technically, the Satie is impressive -- a two-way, fully active design with a DSP-based crossover; all the electronics are built into the cabinet. Cosmetically, the Satie is a knockout, with an elegantly shaped cabinet and a superb, high-gloss finish. What surprised me was when Gaboury told me that the cabinets were not built and finished in China, like Gemme Audio’s, but in Montreal. Finally, there’s the price, which I thought very reasonable, based on what the Satie offers: $8000/pair (US or Canadian dollars; the two currencies now trade about equally). 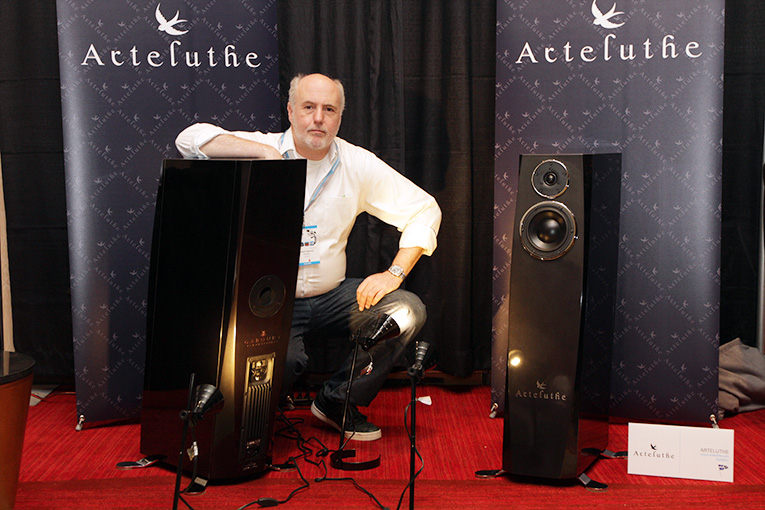 The new Advance Acoustic X-i160 integrated amplifier raised my eyebrows, partly because of its features -- 60Wpc output into 8 ohms, lots of inputs, onboard DAC and phono stage -- but mostly because of its price. According to the reps at Mok and Martensen Sound Distribution, the Canadian distributor, the X-i160 shown was a prototype, but they hope when it hits the market it will be priced at a paltry $700, which makes it a challenger to brands such as NAD and Cambridge Audio. One of the ways Advance Acoustic can offer such a product at so low a price is by making it in China instead of their home base, France. If it performs well it will be quite the deal. 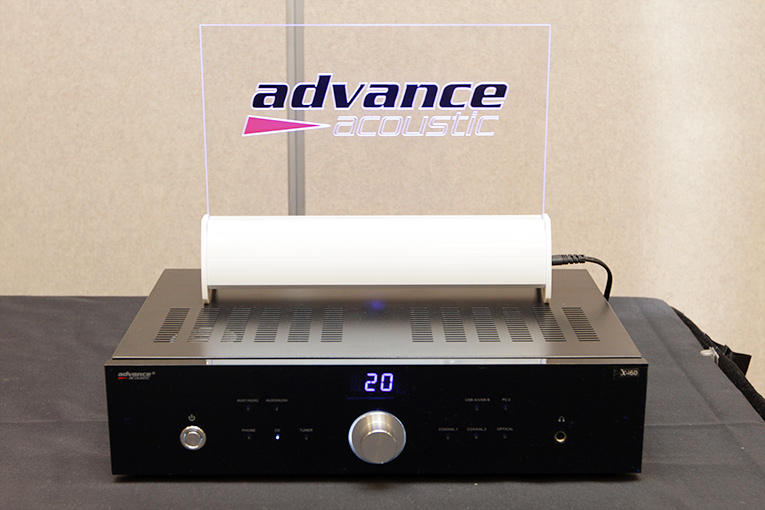 Bryston’s speaker-making exercise began with a single model, the Model T, available in two passive versions (with built-in or external crossover), and one active version (with external DSP-based crossover). The basic T sells for $6495/pair in standard vinyl veneer, the price rising depending on version and finish (real wood is also available). 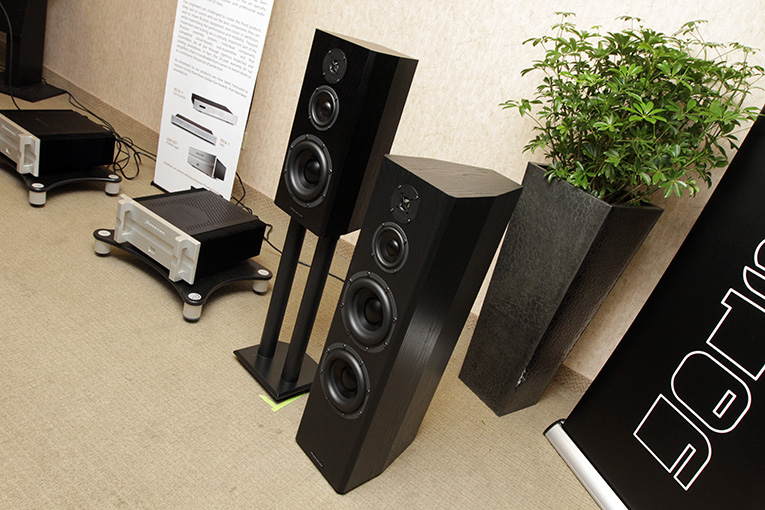 The Model T was so immediately successful that it spawned an entire line. New at Salon Son & Image were Bryston’s Mini T and Middle T, their prices respectively starting at $2695 and $4695/pair in vinyl veneer. Of the two, it’s the Mini T I want to feature here, partly for its low price, but mostly because I believe there’s a strong market for such muscular minimonitors: ballsy, three-way, stand-mounted speakers capable of delivering the kind of output and bass normally produced only by floorstanders. I wouldn’t be surprised if the Mini became the most popular model in Bryston’s T line. 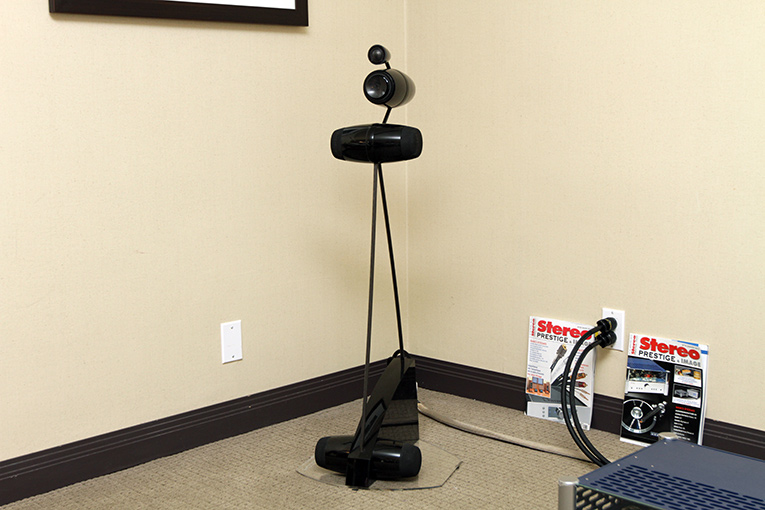 The E2 loudspeaker from Laboratoire d’Études et Développements Holophoniques (LEEDH), which comes from Acoustic Beauty of France, was the talk of the show, partly because it looked so unconventional, but also because its drivers use a driver motor system that, as far as I can tell, can legitimately be described as “new.” The company reps spoke only French, and I don’t, but from what I could tell, each driver’s pole piece has been eliminated, which is why they call it an “ironless motor,” and the spider and surround are gone as well. The way their motor system works without these things is what makes their technology special. Also gone is the typical speaker cabinet -- each of the drivers in this four-way design is housed in its own small enclosure and held up by rods attached to a small base, which also houses the crossover. The E2 isn’t cheap at $25,000/pair, but it sounded quite good in LEEDH’s modestly sized room. It’s nice to see something that’s decidedly different and shows great potential. 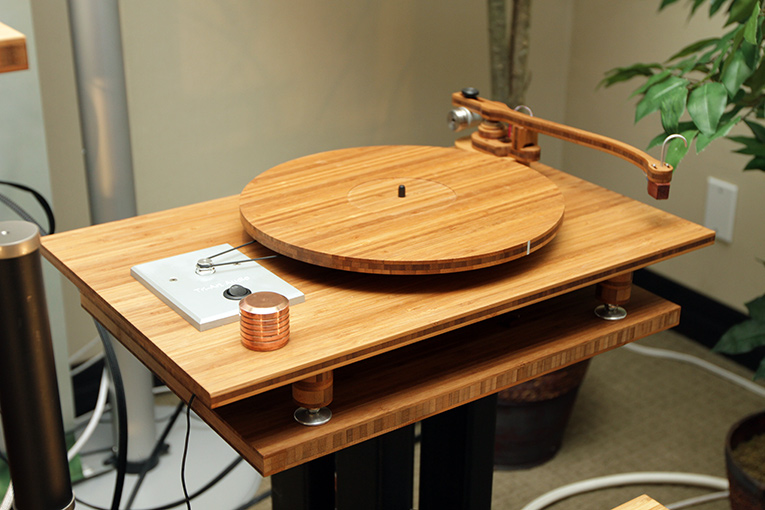 Finally, there was The Pebbles, a turntable from Tri-Art Audio, a relatively new company based in Kingston, Ontario, Canada. Tri-Art hasn’t invented a new kind of record player, but they’ve fashioned an entire turntable, platter, and tonearm from a material I hadn’t before seen used for these purposes: bamboo. I can’t comment on the sound -- it wasn’t playing when we visited -- but The Pebbles gets high marks for being so damn cool and so reasonably priced: $1200 without cartridge. That price will make The Pebbles enticing enough to buy even if you want one only as a showpiece.

No system I saw in Montreal so bowled me over with its sound that I wanted to sell all my current gear and replace it. But a few impressed me in certain ways.

The organizers of SSI had encouraged exhibitors to create “$5000 systems,” to open high-end audio to a broader audience. (Local Montreal retailer Filtronique set up a $500,000 system. Maybe they misread the memo.) Many exhibitors took them up on this good idea. 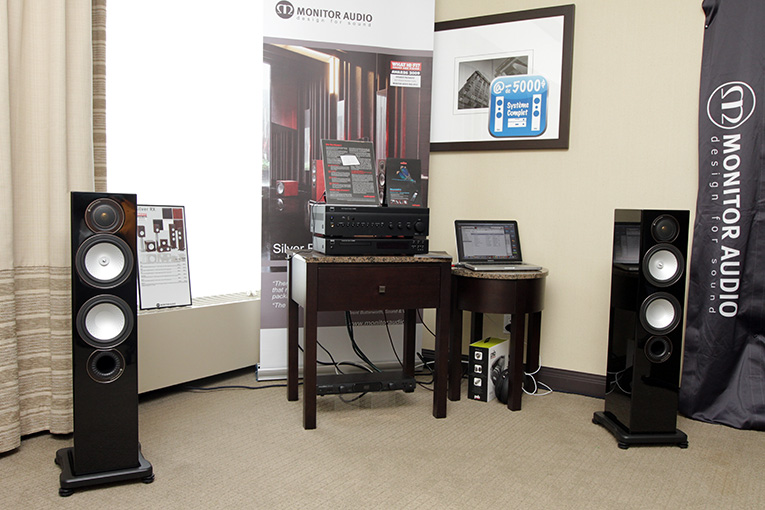 I didn’t get to hear all these $5000 systems, but of those I did, the one that most impressed me also impressed my SoundStage! Network teammate Jason Thorpe. In the room of retailer Radio St-Hubert, it comprised Monitor Audio RX6 speakers, an NAD C 356BEE integrated amplifier, and a whole whack of AudioQuest gear: DragonFly DAC, NRG-2 power cable, Golden Gate 3.5 RCA interconnects, and Type 4 speaker cables. This system sounded full, surprisingly detailed, and supersmooth. All in all, great sound for a reasonable price. They should do this kind of thing at shows more often.

One of my favorite rooms was that of On a Higher Note, the North American distributor of Vivid Audio and Luxman. OAHN’s owner, Philip O’Hanlon, was a bit beside himself on Thursday -- his gear wasn’t delivered until the end of that day, which meant that he lost some valuable show time and really had to rush through setup. But the results were still very good, largely due to the fact that the products he distributes are themselves extremely good -- I suspect they’ll work well pretty much anywhere.

At the end of the chain was a pair of Vivid Audio B1s ($15,000/pair), which I feel is a modern classic of a loudspeaker. Its love-it-or-hate-it looks aside, the B1 has been in Vivid’s line since 2004, and still kicks the crap out of most of its competitors in terms of performance. In an era when manufacturers change models every two years, it’s nice to see something that’s been in production so long and still sounds so good -- a testament to great design. O’Hanlon also displayed a Luxman turntable with Brinkmann tonearm, but when I visited, his digital system was playing: a MacBook Pro laptop driving a Luxman DA-06, a PCM- and DSD-capable DAC ($6000). The signal then went to a Luxman L-550AX integrated amplifier ($5400), which powered the Vivid B1s. The L-550AX is a really cool, retro-looking component. 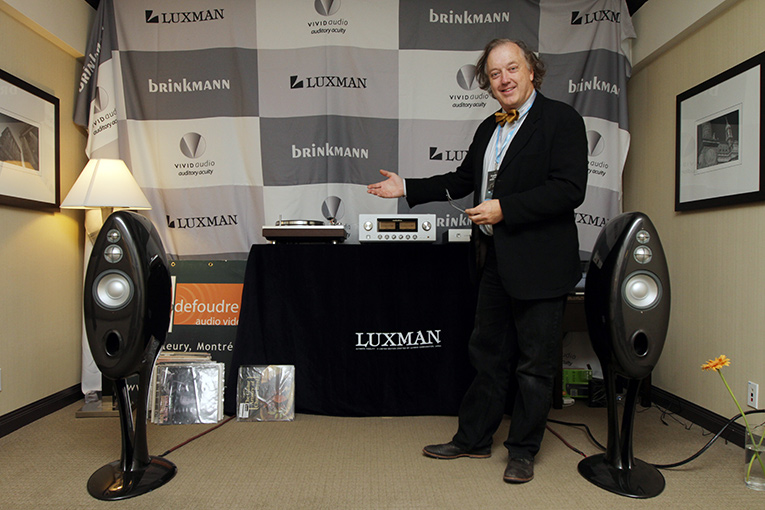 I’m sure almost everyone would have been impressed with the sound of this system no matter what recording was played -- aside from some bass boom, a common problem in small hotel rooms, the sound was exceptionally neutral from the upper bass through the highs, exceedingly clean, and viciously detailed. It was O’Hanlon’s skill as a presenter, however, that further elevated our appreciation of this system. He’s clever, witty, and has a wickedly good music collection, replete with familiar music as well as stuff I can guarantee you’ve never heard before. He played some Linda Ronstadt, Boz Scaggs, and Sonny Rollins selections for me. When he was finished, his system had won solid standing as one of the Best of Salon Son & Image 2013.

Finally, there were the super systems -- those costing in excess of $100,000. The one that most impressed me overall wasn’t the half-million-buck one from Filtronique (though that certainly wasn’t bad), but one costing just under $200,000 -- a pair of Magico S5 speakers ($29,400/pair) driven by Constellation electronics: Centaur mono amps, Virgo II preamp, and Cygnus music server (about $110,000 in total), all connected by about $50,000 worth of cables from JPS Labs. 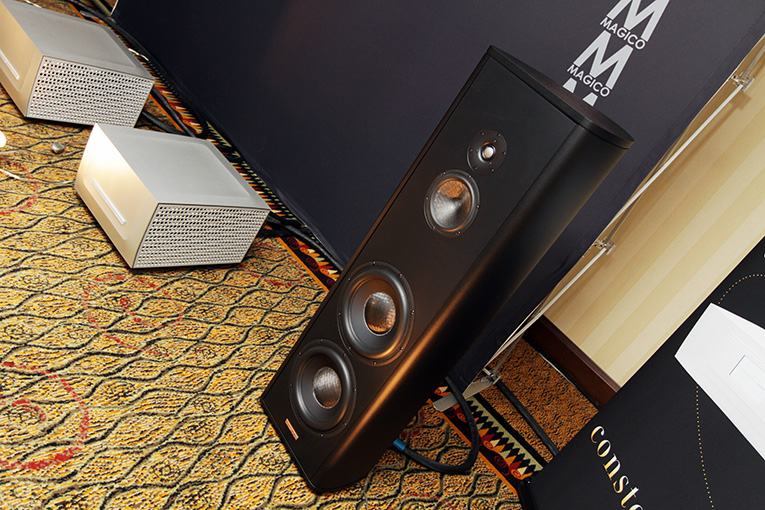 As I said in my article on SoundStage! Global, “A Trio of Super Systems -- When Cost Is No Concern,” this system sounded better with some recordings than with others, which is often the way it is with demos in hotel rooms, where ideal setup is rarely possible. But at its best, this system sounded downright spectacular: outstanding clarity, effortless highs, great bass, tremendous detail. A special mention also needs to be made of Magico’s Irv Gross, who did an excellent job with the demos.

Our next show stop is this month: High End 2013, in Munich, Germany, May 9-12. Our on-the-spot coverage will appear on SoundStage! Global, our special site devoted to event reporting and company tours. The Best of High End 2013 won’t appear on that site, but here, in this spot, next month -- check back to see which of the products and systems we’re about to see in Munich we thought were best.