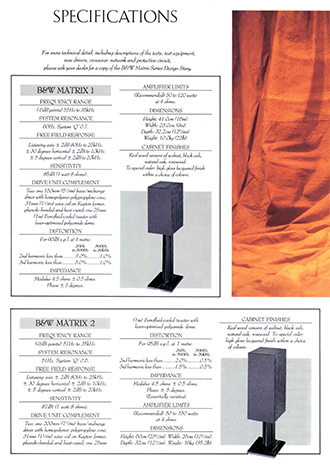 The first question most audiophiles ask about any product they’re thinking about purchasing is: How does it sound? An equally important question that should be asked before buying, but often isn’t, is: If something goes wrong, how can I get it fixed? These days, with the dwindling number of dealers and distributors, the answer to that service question is more important than ever. After all, spectacular sound doesn’t matter if, after a while, a component doesn’t work -- and can’t be repaired.

This is something I have personal experience of, dating back to long before I began reviewing audio gear. In 1981, I bought my first stereo system: a B&O turntable, an NAD integrated amp, and a pair of PSB speakers that immediately broke -- the binding posts were defective. When I phoned the salesman who’d sold them to me, he told me to return the speakers to the store -- they’d give me a new pair right away. Which they did. The valuable lesson I learned from this was the definition of a good local dealer: one who’s willing to solve any problem in a way that’s virtually hassle-free for the customer.

Some five years later, I sold my PSBs and bought a pair of Bowers & Wilkins Matrix 1 speakers. They worked well for a long time before developing a subtle but annoying buzz in one woofer. This time, instead of complaining to the dealer, I wrote directly to B&W, in the UK. Not long after, their head of service for North America contacted me (I live in Canada) and told me to take the speakers to my local B&W dealer -- not to be fixed, but to be replaced. I never did actually replace the Matrix 1s -- even before I’d received that letter, the buzz had gone away, never to return. Still, I was happy with the service B&W had offered me. I also felt that if I had another problem, B&W would take care of it. Here was a second lesson learned: If you buy products from a company that stands behind them and has a good distribution network, service problems probably won’t be problems at all.

Things took a turn for the worse in the late ’80s, when I bought a Theta Digital Prime digital-to-analog converter. At that time, Theta Digital, which is based in the US, had no Canadian distributor -- they sold direct to dealers. It turned out that a toggle switch on the Prime’s front panel was faulty -- when I flicked it, ugly noises came from the speakers. I couldn’t get it fixed locally, so I called Theta Digital. They did offer to fix it -- after all, the Prime came with a ten-year warranty -- but told me I’d have to pay all shipping and customs fees from Canada to their US factory. Back then, shipping a product across a national border for a simple repair was not only expensive but difficult, given the amount of paperwork required. Customs fees were also pretty high -- and if you screwed up the paperwork, higher yet. All of which made Theta’s “solution” unacceptable to me -- the DAC wasn’t worth what it would cost me to ship it back and forth. I was stuck. Eventually, I bought a new DAC from another company, and simply boxed up the Theta and put it in the basement, where it remains to this day -- who in their right mind would buy anything that’s already broken? This experience made me wary of foreign-made products, particularly those without proper distribution and local service options. I also realized that, depending on the location, not all service problems are easy to solve for the consumer or the company.

Flash forward to today. Fewer dealers and distributors means that it’s hard to find good local service. Still, to stay in business, companies need to sell their products not only domestically but often to other countries, including those overseas. And without proper distribution and service, that puts them and the consumer at risk should something go wrong -- as it often does. In the last year, I’ve read way too many posts on various audio forums about consumers in faraway places buying superbig, ultraheavy, very expensive speakers or electronics from some dealer located somewhere, or even factory-direct, and having their purchase either arrive damaged, or get damaged after the fact, and have no way to fix it locally, or even regionally, because the company has no service center in that part of the world. Often, the only way to get the component repaired is to ship it back to the company, sometimes at such high cost that it makes repairing it prohibitive -- sort of like what happened with my Theta DAC, but on a larger scale: some of these components weigh hundreds of pounds and cost tens or even hundreds of thousands of dollars. Obviously, when buying any product, the buyer should beware -- but how big a risk you take in buying like this doesn’t really hit home until you’re stuck with a product that you need fixed and can’t get fixed, and especially if you paid a small fortune for it -- which is likely why the posters on the audio forums complain as loudly as they do. What’s a consumer to do?

Obviously, there are no guarantees. Any hi-fi business -- dealer, distributor, manufacturer -- can go out of business in the blink of an eye, rendering useless any type of service agreement. You can limit your risk by concentrating on the fewer and fewer “big” brands that still have an excellent reputation, a strong distribution base, and competent local service -- and then hope it all remains in place. If you want to broaden your selection of products, as most people will want to do, that means going beyond buying local, which increases your risk.

But the way to reduce the likelihood of problems or unwelcome surprises is actually pretty simple: Ask about every aspect of service before you buy. Don’t be shy. If you’re happy with what the seller tells you, buy it. This is something I bet most of those bellyaching on the audio forums didn’t do first. Although I don’t buy much audio gear any more, I still do this -- when I strongly endorse a product in a review, I want to know if the reader who buys one can get it fixed if it breaks. What’s more, I sometimes ask for proof -- I believe it’s that important an issue, particularly when a company isn’t as big as, say, a PSB or a B&W.

For example, I believe that Vivid Audio is now making some of the best loudspeakers on the planet, and I’ve said so in my reviews and elsewhere. They’ve been around since 2004, and their speakers are distributed in North America, which is lucky for us -- Vivid is based in South Africa. But what if they lose their distributor? And what happens if someone in a country with no Vivid distributor or dealer reads one of my reviews, wants to buy a pair of Vivid speakers, and somehow manages to do so? If their speakers break, will they be stuck? 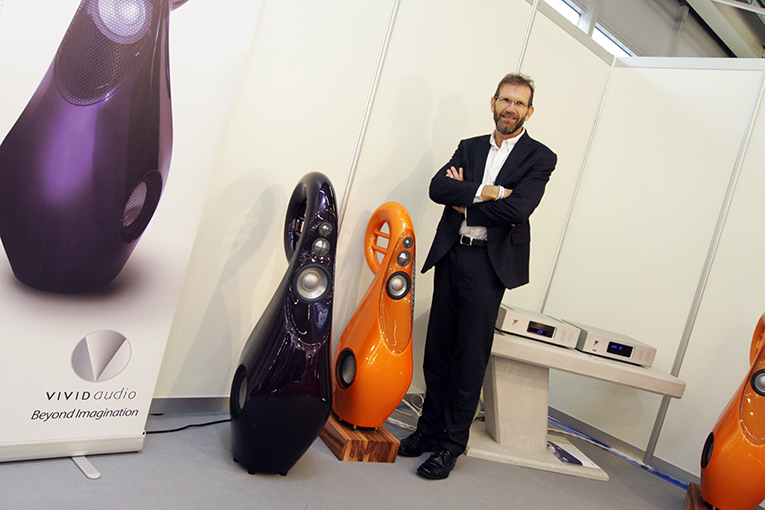 Philip Guttentag with the Giya G3 and G4 models

That’s what I asked the heads of Vivid Audio, Philip Guttentag and Laurence Dickie, when I reviewed their Oval B1 and Giya G2 models. They demonstrated to me that every driver and crossover (the parts most likely to fail) in every speaker is field-replaceable in fairly simple fashion. Preferably, the job would be done by a knowledgeable distributor or dealer, but even the speakers’ owner can do it if need be. Knowing that Vivid’s speakers could likely be fixed in a reasonable manner improved my faith in the brand, which means I can champion their excellent products with greater confidence.

A more extreme example is JE Audio, a young Hong Kong maker of tubed electronics. I really liked their VL10.1 preamplifier when I reviewed it, but I was seriously concerned about service -- JEA was a very new company at the time, with no distribution or dealers in North America that I knew of. That’s when I put John Lam, the chief designer and owner, on the spot about what would happen if a consumer needed to get one of Lam’s products fixed. He told me that if the customer buys from a dealer or distributor, then that entity would fix the product, as you’d expect. But if there’s no dealer or distributor and the buyer bought directly from JEA, as I’m sure will happen more and more often in the future, he’s ready for that, too -- the consumer would be responsible for shipping it back to JEA for warranty repairs, but JEA would pay the return shipping. That’s not free, but it’s fair and reasonable under the circumstances, and it did assure me that, should the consumer need to get a JEA product fixed, he or she could. 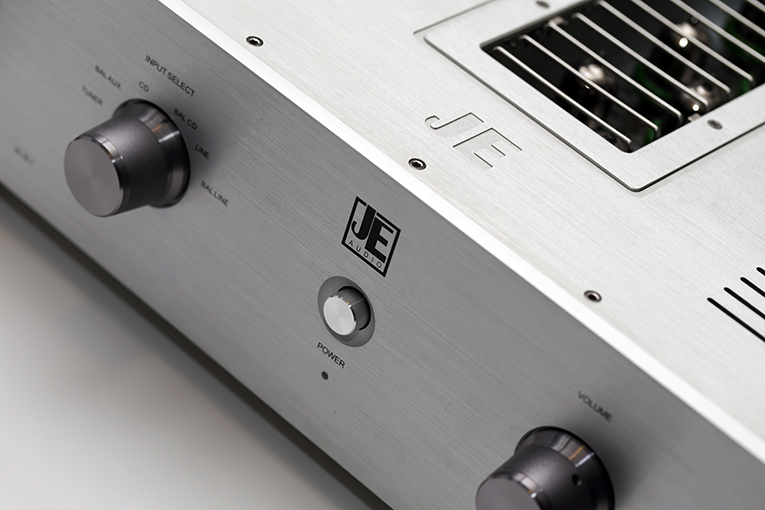 Not that this will be an acceptable solution for every company and every product. I can tell you from experience that, these days, shipping a preamp into or out of Canada isn’t so bad. For instance, at one point John Lam wanted to upgrade the sample of VL10.1 I had here, so I shipped it to him with “Returning for Service” written on the DHL Express waybill. He received it without problem a few days later, upgraded it, and shipped it back to me, all within about two weeks -- and the shipping cost wasn’t all that outlandish. It’s likely to be just as easy with a DAC, at least here in Canada.

Is it the same for every country? I don’t know. For an amplifier, though, the story might be different, even in Canada, because amps are usually bigger and much heavier than preamps, and thus far more costly to ship. Speakers are usually larger still -- I doubt it would be worth shipping them at all, and the buyer could end up in the same situation I was in with Theta. Remember what I told you about those complaints I read on the audio forums? Most involved speakers. You need to know up front what you’ll be dealing with.

Sound and service. Nowadays, they’re equally important in the buying of audio gear, and they’ll be increasingly important in the years to come. My advice? Certainly, find out how something sounds -- but also learn in detail what might happen if it breaks. The answer to that question should ultimately determine whether or not you lay your money down.