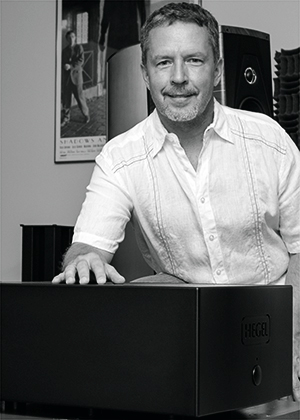 By the end of June 2014, I’d finished writing almost all the reviews of the components I had in and had scheduled almost nothing else to review -- I thought I’d have a pretty light fall. But what began in July as a mere trickle of new gear had, by September, become a flood -- companies kept calling and asking if I could slot their products into my review queue. For whatever reason, I kept saying yes, and now my room is packed with the stuff -- so much that I know I won’t be able to finish it all until well into winter.

That’s longer than I’d like to take. I’d rather turn products around as quickly as possible, because readers want to know the details of products sooner rather than later. Obviously, that won’t be possible with everything I have here, so to offset the long wait time for some of the reviews, this month I thought I’d use this space to give you a sneak preview of what’s in my room right now, so that you can at least get a taste of what’s to come in the months ahead. Here they are, in order of their arrival in my listening room:

First will be the last of the products I still had on hand in June: Hegel Music Systems’ H30 power amplifier ($15,000 USD). The H30 is claimed to output some 350Wpc into 8 ohms in stereo, or 1000W into 8 ohms when switched to mono. Because I was sent only one H30, I’ve been using it as a stereo amp, which is appropriate -- I haven’t had a speaker here that needs anywhere near as much power as a mono H30 can provide. As you’ll read in my review (almost done), I feel that the H30, like pretty much everything Hegel makes, is fairly priced: it’s well built, and sonically can more than hold its own against pricier competitors. 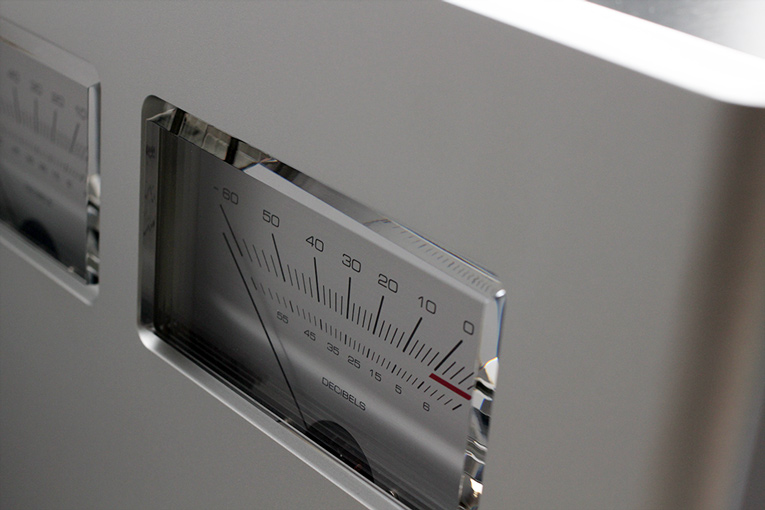 The first products to arrive in July were Luxman’s C-900u preamp and M-900u power amp ($19,900 each). I blogged about the Luxmans on SoundStage! Global -- you can read about my first impressions there. Since then I’ve listened a lot more to the duo, and I can tell you this: These aren’t only some of the finest-sounding separates you’ll find at the price, they’re some of the finest you’ll find at any price. The only downside is that, as a stereo amp, the M-900u is rated for only 150Wpc into 8 ohms (bridged to mono, it’s claimed to output 600W into 8 ohms); it’s not the super-powerhouse the Hegel H30 is. But if that’s enough power for your speakers and listening habits, you might not find yourself ever wanting more. I hope the first of these reviews will be online by November 15; if not, look for them to be published by December. 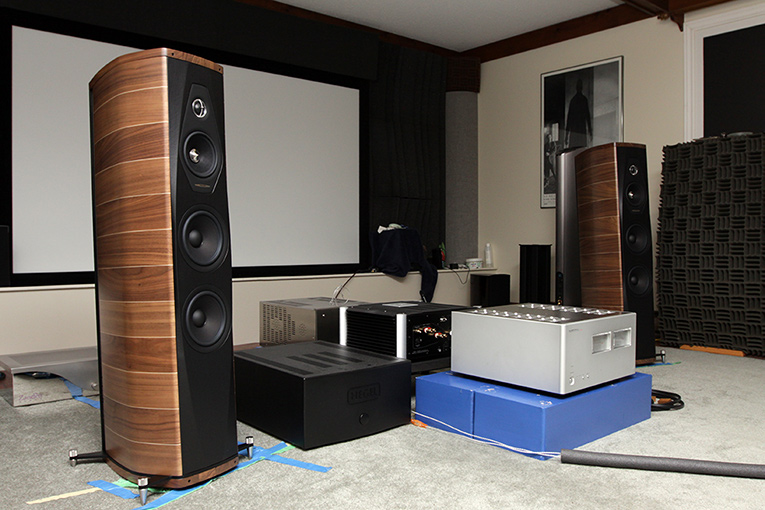 Shortly after the Luxmans got here, Sonus Faber’s Olympica III speakers arrived, which I also blogged about on Global. The Olympica III retails for $13,500/pair and is made in Sonus Faber’s headquarters, in Italy. Already, I could go on and on about these speakers, but I don’t want to steal too much thunder from the review, which I plan to have online by December. But I will say the Olympica III sounds as distinctive as it looks -- and it looks very good. 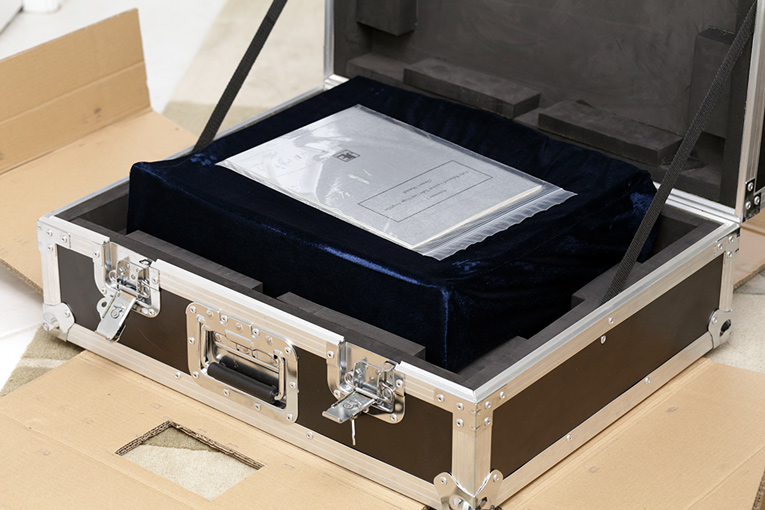 The JE Audio Reference 1 preamplifier arrived in August and, once again, I blogged about it on Global. The all-tube Reference 1 retails for $10,000, making it the company’s flagship preamp. However, because I have the Luxman C-900u here and want to finish up my listening for that review before making any changes in my system, I still haven’t listened to the JEA in a critical way. But I’m looking forward to it -- if the Reference 1 sounds better than JE Audio’s VL10.1 preamplifier, which I reviewed in 2011 and absolutely loved the sound of, it could be a real find. 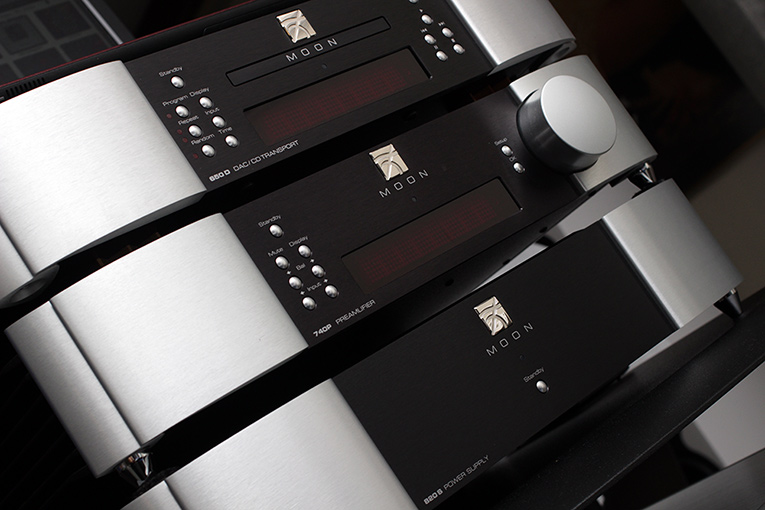 Next to arrive was Simaudio’s Moon Evolution 820S power supply ($8000). This is an interesting product for owners of current Moon Evolution models -- the 820S can act as a power supply for one or two such units. The purported benefit of the separation is better isolation of the sensitive audio circuitry from the power supply, which should result in lower noise and distortion. Right now I have the 820S hooked up to a Moon Evolution 650D DAC-transport, to see what kind of performance improvements, if any, can be had with the 820S powering just one other component. Then I’ll hook it up to the Moon Evolution 740P preamplifier, which was one of our Product of the Year award winners for 2013, and listen to what happens. 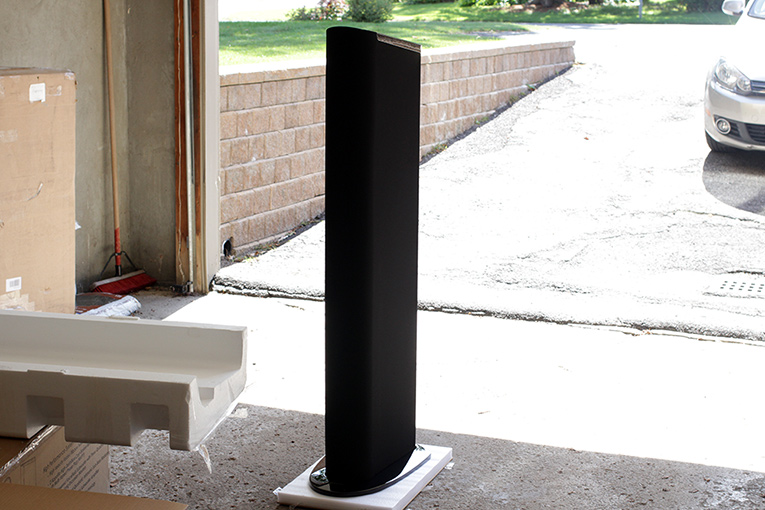 Last to arrive -- for now -- was a pair of GoldenEar Technology’s new flagship speakers, the Triton One. According to Sandy Gross, one of GoldenEar’s founders, the design goal for the Triton One was to offer an unprecedented combination of performance and value for $5000/pair. Have they succeeded? I have no idea, because I have yet to listen to them -- as I write this, the Ones are sitting at the back of my room, waiting for the Sonus Faber Olympica IIIs to move on. But since I’m an enthusiast of great sound for not much money, and GoldenEar’s lower-priced models have received near-universal praise for value and performance, I’m as keen to hear the Triton Ones as you probably are.

That’s a deep review queue, and I’m in no rush to make it any longer. Listening to and writing about these products will take me up to the 2015 Consumer Electronics Show (January 6-9), at which a bevy of new products will be introduced. Shortly after that, plenty more manufacturers will likely want to send me their wares, and I’d better be prepared. That said, I’m not as interested in looking forward as I am in looking at what’s in my listening room right now -- I’m surrounded by more diverse, interesting, and exciting hi-fi components than have ever before occupied my room at the same time. Check back next month, when my reviews will begin to appear.