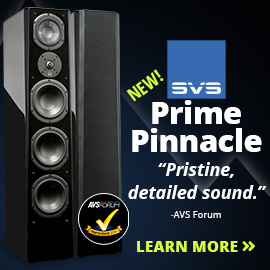 Making a Ho-Hum 6 Into Beautiful-Sounding 4

I belatedly found your article on the [Forte] Model 6 amplifier, and although three years have passed since you wrote it, I thought this would be worth mentioning. In case you still have the Model 6, or even if you don’t, there is a way to make silk from a sow’s ear; many of the Forte amps can be easily modified to run higher into class-A operation, or even run in it entirely. The Model 6 is basically a Model 4 with its voltage rail and bias adjusted to run in class AB, instead of the full-time class-A mode of the 4. With these easy, straightforward changes to the Model 6, it changes from a ho-hum 150Wpc unit into the highly rated jewel that people have been clambering for since it was “discovered” years ago. It becomes a beautiful sounding, inexpensive class-A amp. Rated at 50Wpc after the adjustments, but able to fully drive many speakers, the Model 4/modified Model 6 is likely to put a smile on your face every time you listen to it; I know, as I have a “modified” Model 6. I thought you might like to know.

Prior to the Forte Model 6, I owned a Model 3, which was part of their previous generation of amps. It, too, was a class-AB design, but rated at 200Wpc into 8 ohms. In that same line was a 1A, which was basically the same design as the 3 but biased for pure class-A operation. Because it ran much hotter, it was rated for only 50Wpc output into 8 ohms. When I owned the Model 3 I called the company and asked if they’d reconfigure it into a 1A, but they told me they couldn’t (perhaps the truth was that they wouldn’t). When I owned the Model 6, I figured that it couldn’t be modified either, so I just sold it when I figured out I couldn’t stand its sound. But if there are any Model 6 owners still out there today, your tip will certainly be of value to them. . . . Doug Schneider