The Need to Hear -- Or, Why You Should Never Buy Something Without First Listening to It

About 25 years ago, before I began reviewing audio gear, I was a hardcore audiophile always searching for the latest, greatest thing. Then someone I knew well, who owned a hi-fi store, called me and begged me to give him my Forte Model 3 amplifier in exchange for a Forte Model 6 -- one of a new series of Forte amps that had yet to be released. A customer of his wanted a Forte Model 3 and was willing to pay a pretty penny for it, but my dealer friend no longer had any new units in stock, and wasn’t about to now that the replacement models had been announced. He struck a deal with the customer for my used Model 3, which he promised to replace with a new 6 as soon as that model was released. Miraculously, through all this, he’d still make a few bucks -- and I was convinced I’d be getting a good deal because I was getting a newer model. We should have all been happy, right? 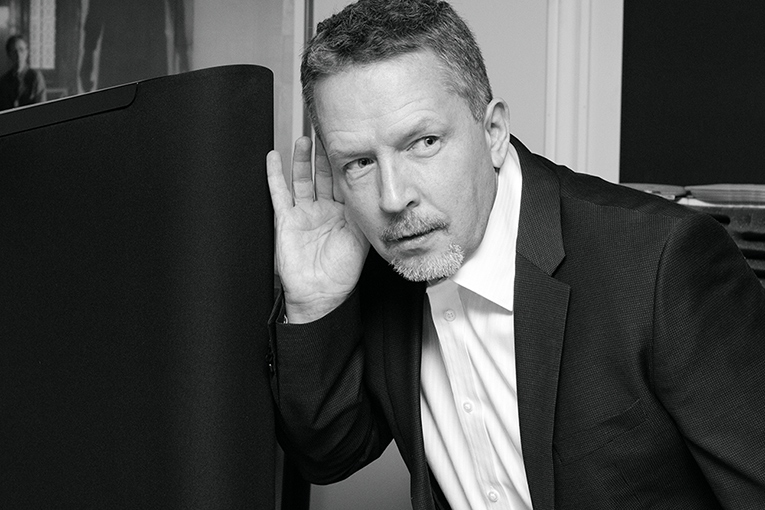 The guy who got my Model 3 probably ended up happy, but I sure didn’t. Three months after my Model 3 was gone, I received my new Model 6. To me and to almost everyone else who heard it, it sounded like shit. No matter what speaker I tried it with, it sounded anemic, bass-light, constrained, even constipated -- everything a 150Wpc solid-state amplifier should not sound like. In fact, I can’t think of one listening parameter in which it actually sounded good. Even my girlfriend at the time, who had never remarked on my system, said, “Why does your stereo sound like shit now?” -- a sure sign that the Forte 6 had to go.

Getting rid of it wasn’t as easy as getting it had been. The dealer who supposedly had given me such a sweet deal didn’t want it back -- a deal was a deal. What was I to do? I listed the Model 6 in the paper for what I thought was a reasonable price -- about half of retail, or a little less than I’d paid for my original Model 3. I thought this fair -- the 6 was in pristine condition. Of course, I’d also consider offers. I also allowed anyone who was interested to do what I should have done in the first place: to listen, so they could know what they were getting into. But everyone who heard it said the same thing: It sounded like shit. I didn’t try to talk them out of it.

At one point I thought I had a buyer, an older gentleman. By this time I was so eager to get rid of the thing that, at his request, I took the Model 6 to his house so that he could listen to it in his own system. He played the same song over and over for an hour (no exaggeration) -- a sure sign, I thought, that he was lovin’ it. At last he turned to me, smiled, and said, “It’s really bad sounding, isn’t it?” It was as if he’d listened that long just to make 100% sure that an audio component actually could sound that awful.

Over the next few months I kept lowering my price, a little at a time, until I was down to far less than half of half of retail -- quite a loss for me. Then someone phoned me, so smitten by the new low price that he didn’t even want to bother to listen first -- his biggest concern was that it wasn’t stolen. I assured him that I had all the proper paperwork and the receipt. He came over, handed me the cash, and left in a hurry, boxed amp under his arm.

The next day, he phoned to tell me that, despite the low price, he was unhappy with his purchase -- the Model 6 sounded bad. But he also knew, as I had when I’d bought it, that a deal was a deal. I often wonder how many times that unit passed from hand to hand, as each successive owner realized it wasn’t worth listening to. At that point, however, I was just thankful it was gone . . .

. . . yet not forgotten. My experience with the Forte Model 6 taught me the most valuable lesson of my audiophile life: No matter how good a deal might seem, never buy an audio component without first listening to it. Ever since, I’ve made a point of listening to everything I buy, even if I have to go out of my way to do it. For example, shortly after the Forte Model 6 affair, Enlightened Audio Designs produced the DSP-7000 DAC, which came with a shiny gold faceplate and a zillion marketing promises about how good it sounded. It was, by the look of it, the DAC to get, and had I not been burned by the Forte 6, there’s a good chance I’d have ordered one sound unheard -- finding a DSP-7000 wasn’t easy. Instead, I made a tremendous effort to find a dealer who stocked the DSP-7000, and when I did, I brought along my Denon DCD-1520 CD player to compare it to. I’m glad I did -- the sound quality of the Denon’s DAC section destroyed the DSP-7000 in pretty much every way. Another bad purchase -- this one averted.

You’d think that this common-sense advice about listening before buying -- lord knows, it’s been repeated enough times by us and by other audiophile magazines -- would be such a no-brainer for audiophiles that it would be unnecessary to spell it out again so explicitly. You’d think. The problem is that today, the temptation -- even the necessity -- to buy without listening is at an all-time high. There are far fewer bricks-and-mortar dealers than there were 25 years ago, which means fewer opportunities to listen to equipment. I see the repercussions firsthand on audio forums, where I’ve read numerous stories about people buying gear they hadn’t first listened to, being tremendously disappointed with their purchase, and then desperately trying to unload it, often at a loss, as I did. It was a recent story about just such a purchase -- a very expensive one -- that compelled me to write this article.

What’s an audiophile to do? The only prudent thing: listen. But what if someone really can’t audition something? In my opinion, unless you’re willing to risk a bad purchase and potentially lose your money, the safest thing to do is not to buy at all. It’s better not to have a product than to spend a lot of money on it and not want to listen to it -- which was my situation after buying the Forte Model 6.

Yet even in this era of online purchases, there are often ways of minimizing the risk of buying before listening. If you look hard enough, you can sometimes find a dealer somewhere who will loan you a product, and allow you to send it back if you pay for shipping and/or a small restocking fee. That’s not a bad deal -- and it’s far less risky than ending up with a dud that’s difficult or impossible to sell.

If you can’t find such a dealer and the purchase is significant enough, I recommend that you consider traveling to other cities to visit dealers, or hi-fi shows that are open to the public, to at least get some sort of audition. Depending on the city, such a trip can cost several hundred to several thousand dollars, a far less risky investment than being stuck with a big-ticket item you don’t want to listen to. 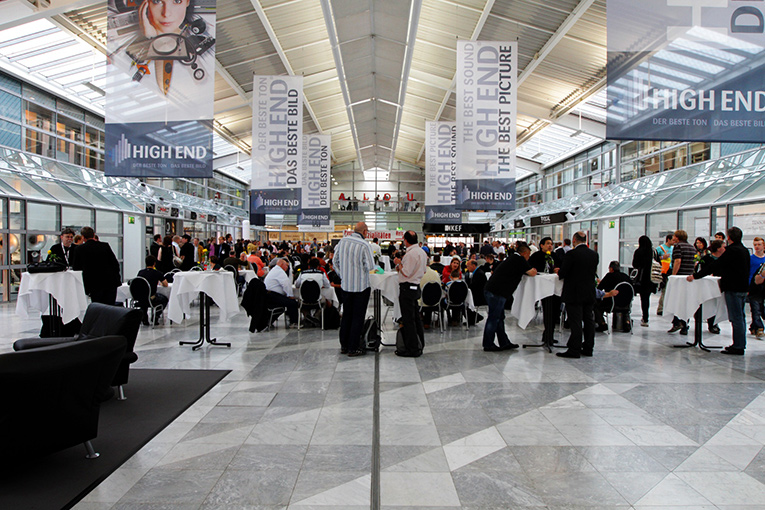 Insofar as hi-fi shows go, High End in Munich is the biggie -- there, you’ll find pretty much everything. The North American shows open to consumers are not nearly as big as HE, but some boast displays by enough manufacturers, distributors, and dealers to be worth the trouble of getting there: Rocky Mountain Audio Fest, in Denver, Colorado; T.H.E. Show Newport, in Irvine, California; and Salon Son & Image, in Montreal, Quebec. In Asia, there’s the Tokyo International Audio Show, in Japan, which I visited a few years ago and enjoyed tremendously -- huge numbers of products were shown. I’ve never been to the show held in Hong Kong each August, but I’ve been told that it, too, is very good.

Finally, there are the manufacturers themselves. Some are set up for consumer visits, so don’t be afraid to ask. After all, these companies know how difficult it can be to find good hi-fi gear. Last December, when I visited Devialet’s Paris headquarters, I asked them how many people traveled there, even from overseas, to audition one or more Devialet models firsthand in their main-level store before committing to a purchase. While they didn’t tell me what percentages of their buyers were from France, Europe, North America, etc., they did say that 10% of their worldwide sales are made in that store -- a significant proportion. Obviously, most companies don’t have such retail stores on their premises, but I can’t tell you how many times I’ve toured a factory and seen consumers being given tours as well (when I see other people being shown around, I always ask my guide who they are), and learned that some come from pretty far away. If you’re a creative shopper, I’m pretty sure you can find a way to audition pretty much anything. 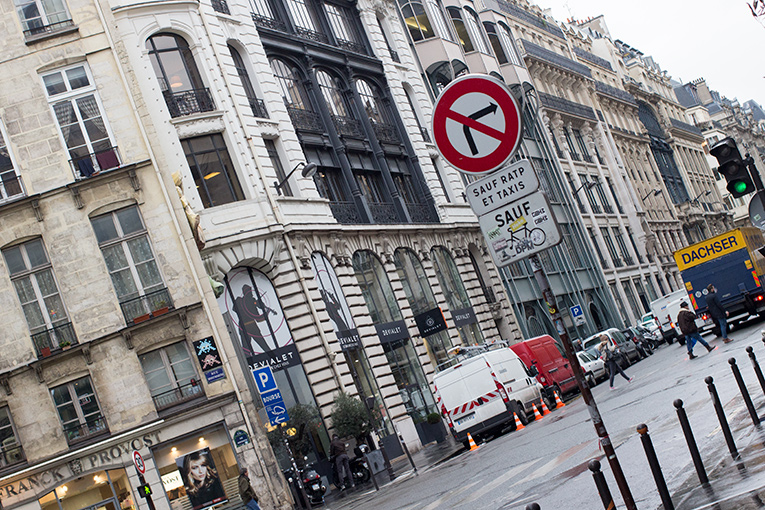 Twenty-five years ago, I was offered a deal on an amplifier that seemed too good to be true. It was. Had I listened to the product first, I wouldn’t have made that mistake. Luckily, I learned from it, and never repeated the error. And while today it might be more difficult to audition components, I still wouldn’t take the risk -- if a component is bad enough, it might be difficult or impossible to unload. I hope that my telling you this story will help you avoid something similar. And if you have a story of your own about a hi-fi purchase gone bad and want to share it with our readers, we’d like to hear about it -- you might be saving someone from a costly mistake.