In December, I wrote about how, as far as high-end hi-fi is concerned, the annual Consumer Electronics Show now plays second fiddle to the High End show, held each May in Munich. In fact, many industry folks I spoke with at CES 2015, held January 6-9, told me how important the High End event has become to their companies. 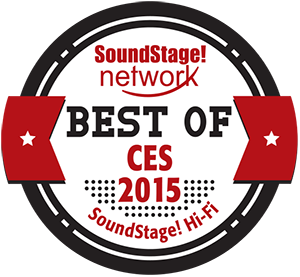 Still, there was a lot that I and others liked about CES 2015. There appeared to be as many hi-fi exhibitors as last year, attendance seemed on a par with 2014, and plenty of new products were introduced. Also noteworthy was the considerable enthusiasm among exhibitors and attendees, and the minimal bellyaching about the economy, the latter all we seemed to have heard at CESes since 2008, when world markets turned south. All in all, CES 2015 was a pleasant, uplifting surprise for me and many others.

Devialet didn’t formally exhibit at CES 2015 -- their display room was set up across the street at the Mirage, as were the rooms of dCS, Magico, and Rockport Technologies. But Devialet’s new Phantom speaker ($1990 USD each) was the talk of the show, as it has been the talk of pretty much the entire hi-fi world since December, when Devialet announced it and the Silver Phantom ($2390 each). 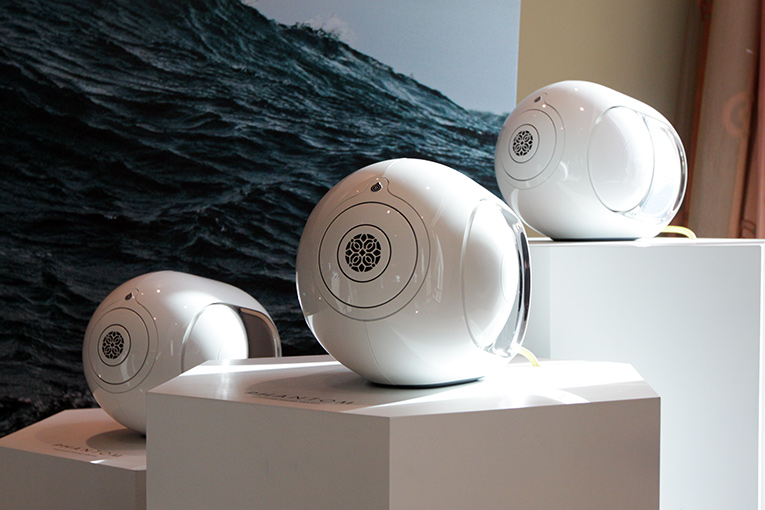 I wrote at length about the Devialet Phantoms on SoundStage! Global, after having been invited to the company’s headquarters in December for the speakers’ debuts -- I won’t repeat here everything I said there. And while the two pairs of Phantoms running in different systems at CES sounded impressive, just as they had in France, the real test of their sound quality will be when samples hit reviewers’ listening rooms this spring. Here, I’ll focus on something that became apparent shortly after the December announcement: I predict that the Devialet Phantoms, which are very different from everything else out there, will influence the high-end speaker market by challenging other companies to employ out-of-the-box thinking to develop something completely new. I think this will be a great thing -- most speakers sold today aren’t all that different from what we’ve seen for decades now. We’ve long needed a company to challenge the status quo, and Devialet appears to have done it. Again.

My review of Luxman’s M-900u power amplifier is yet to be published, but when you read it, probably in late March, you’ll learn that it’s the best-looking, best-built, best-sounding amplifier I’ve ever heard, tubed or solid-state. It’s also far more powerful than its output spec of 150Wpc into 8 ohms would lead you to believe. But its price of $19,900 will keep the M-900u out of the reach of most, and its considerable size and weight will make it impractical for others. 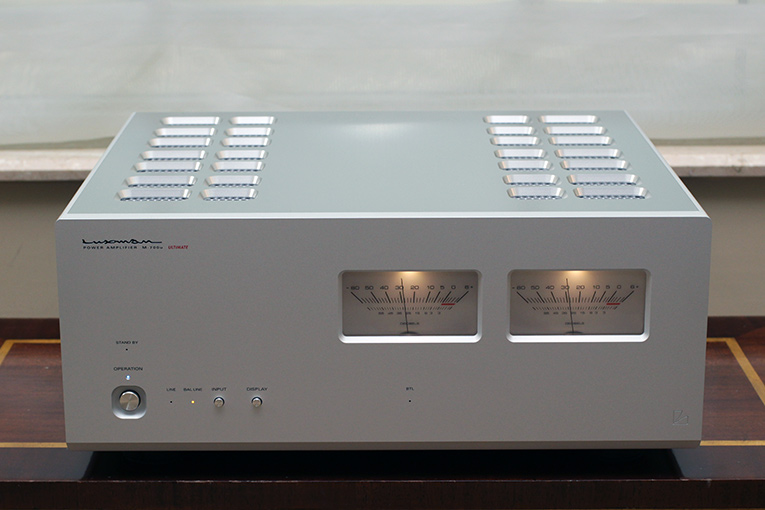 Which is why I was thrilled to see Luxman’s new M-700u. At $9900 and about two-thirds the size of the M-900u, the M-700u is still quite powerful (120Wpc into 8 ohms), and appears built and styled just as well. Most important, it seems to offer the same kind of sound quality as the M-900u -- the sound of it driving a pair of Vivid Audio’s Oval V1.5 speakers was incredibly good. For its price, the M-700u looks like a steal -- it puts cost-no-object performance and build within reach of more people. If you’re considering spending up to ten grand on an amp, don’t overlook this gem. 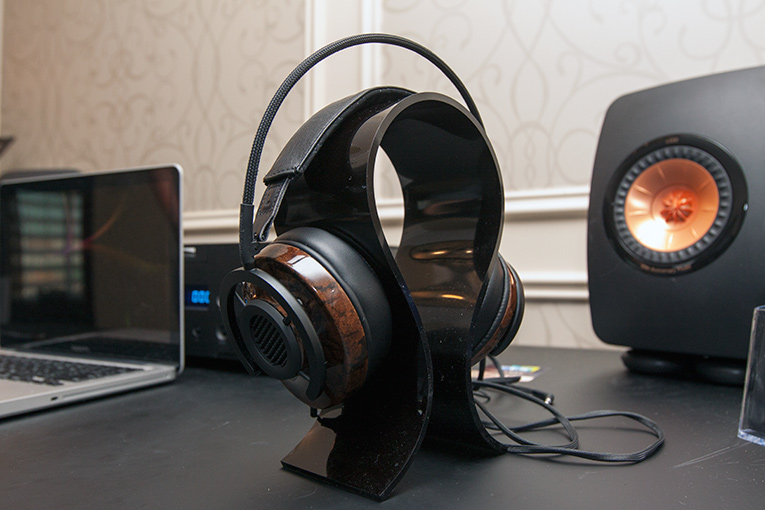 AudioQuest’s NightHawk headphones ($599) represent that company’s first foray into this market, but from the demo in Vegas, it looks as if AQ will be as successful with the NightHawks as they were with their DragonFly USB DAC. Brent Butterworth covered the NightHawks as part of our SoundStage! Global reportage, and described their sound as having “a seductive ease and smoothness, yet loads of detail and a nice sense of spaciousness.” I listened to them as well, and found their midrange exceptionally neutral, the bass quite full but not overblown, and the highs downright sweet. I also liked the styling, and really enjoyed how the NightHawks felt on my head -- they’re substantially built yet fairly light, and fit comfortably yet securely. At CES, I gave Brent the go-ahead to get a pair in for review, but I’m going to get a pair of NightHawks for myself -- of all the headphones I saw at CES 2015, they interested me most.

GoldenEar Technology’s Sandy Gross flagged down our team in the hallway on setup day, before CES opened, to ask if we’d like to hear his company’s new Triton Five speakers, which he’d just finished dialing in. He was powering the Fives with a pair of Pass Labs XA-100.5 amps, in turn driven by a PS Audio PerfectWave transport and DirectStream DAC. Speaker cables and interconnects were from AudioQuest, power cables from Pangea. 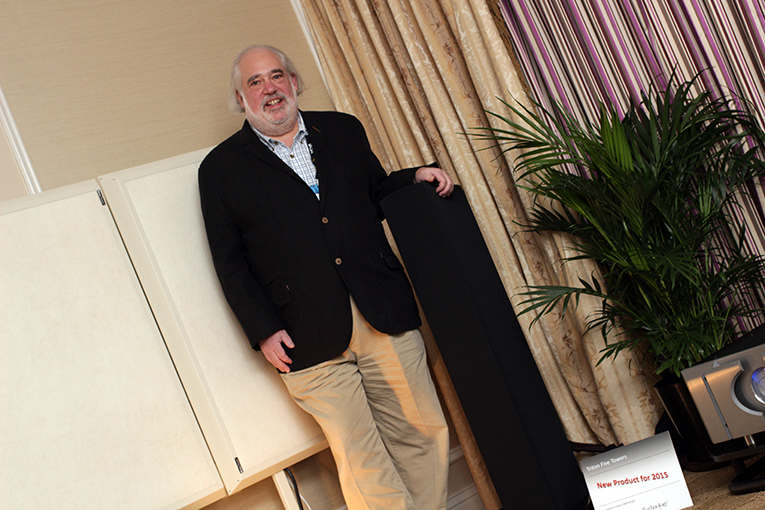 I’d never listened to the Triton Seven closely enough to compare the Five to it, but I’m in the process of reviewing the Triton One right now. What most intrigued me in Vegas was how similar in character were the sounds of the Five and One: a smooth and exceedingly neutral midrange, effortless and extended highs, a wall-to-wall soundstage -- in short, almost identical. The Fives’ bass was also notable for its depth and power, which wasn’t surprising -- all GoldenEar speakers produce deep bass, and sound big and full in ways that belie their modest prices. It was pretty obvious to me, and to others on our team, that Sandy Gross and GoldenEar have another winner on their hands.

The sound of Totem Acoustic’s system took me completely off-guard. I hadn’t visited to listen, but to get a quick photo of founder Vince Bruzzese and the system he was demoing -- Element Metal speakers, a rack full of Naim electronics, and Totem cables -- in Totem’s beautifully decked-out room. Totem’s displays have long set the standard by which others are judged. 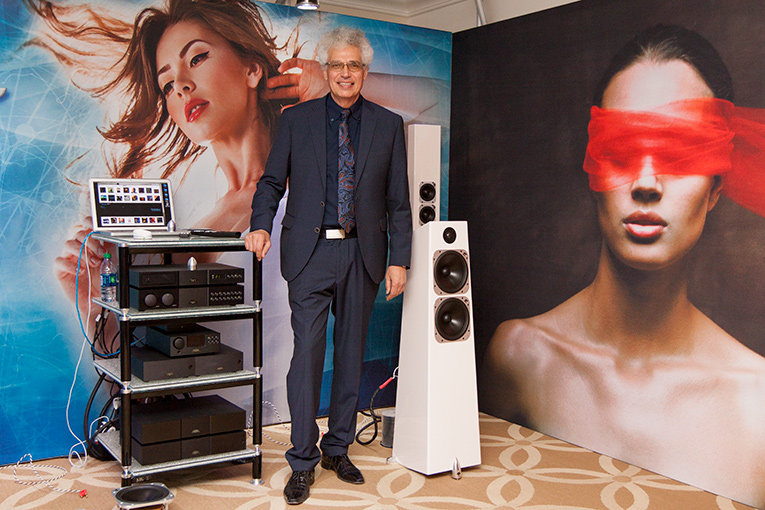 When I entered, Vince was playing a Boz Scaggs tune. It stopped me dead in my tracks -- the voice sounded so authentically real. Once I heard it, I couldn’t help but take a seat in the sweet spot to listen a little more -- and by the time I left, I was thoroughly impressed. Although I’d heard the Metals ($13,000/pair) at shows before, never had they sounded as good as at CES 2015: smooth, clean, and with a palpability that made voices, such as Scaggs’s, sound like real life. Later that day, one of our team members said to me, “Did you hear the Totem system? Did it sound as good to you as it did to me?” Yes.

The presentation that absolutely blew me away was Paradigm’s two-channel demo, centered around a pair of 95F speakers ($4998/pair), which represent the top of the new Reference Prestige line. Up front were Anthem electronics (MRX 710 A/V receiver, MCA 20 and MCA 50 amps), while cables were from AudioQuest. 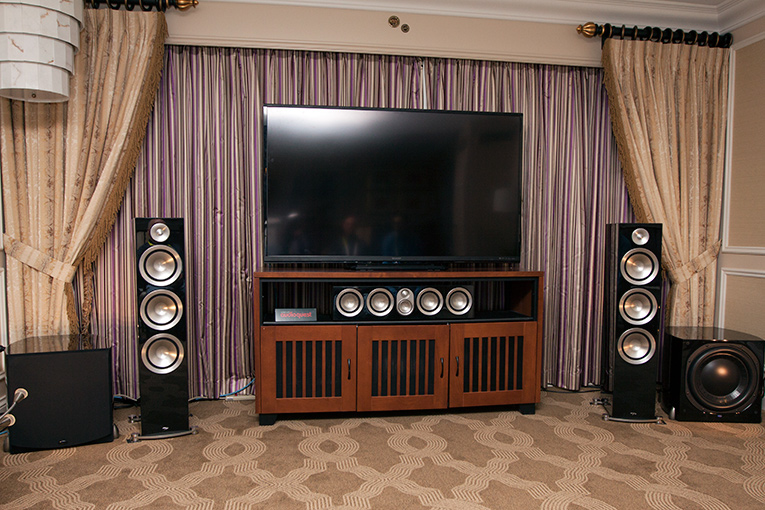 What was absolutely shocking about this demonstration was that through most of it I thought that a pair of Paradigm’s Reference Sub 15 subwoofers were playing -- there was one Sub 15 at the side of each 95F, and the bass was incredibly deep, tight, powerful, and LOUD. About three-quarters of the way through the demo, Jeff Fritz, who’d also been fooled at first, leaned over and said, “I don’t think the subs are playing.” “Really?” I replied. We closely watched their cones -- and couldn’t see a hint of movement. I asked the Paradigm staffer, who confirmed that we were hearing only the 95Fs. I was astonished -- I’d never heard a passive floorstander of such moderate size play so deeply and loudly while maintaining complete control -- not only through the bass, but right up through the mids and into the highs. I heard plenty of rigs at CES 2015 that cost multiples of Paradigm’s two-channel system but didn’t sound nearly as impressive.

That’s it for CES 2015! Next month is the annual Salon Son & Image show, held in Montreal. SSI isn’t a big show, so our coverage of it won’t be as extensive as at CES 2015, but our reports from there will appear on SoundStage! Global. My “Best of Salon Son & Image” article will appear in this space May 1. And later in May will take place what is now the most important high-end audio show of the year: High End 2015. There we’ll assemble our biggest reporting team to date, to provide the most extensive coverage ever for SoundStage! Global. And I’ll write a feature about the best products and systems seen at High End 2015, to be published June 1 on this site.