In Philip Beaudette’s review of the DirectStream Junior, published on this site in October 2016, he declared it one of the best-sounding DACs he’s heard, and described some of the ways PS Audio was able to keep costs down:

One way PS Audio was able to keep the DirectStream Junior’s (DSJ) price low was to make some changes in the case. The DirectStream’s case comprises various cast pieces, machined parts, a hand-painted cover, and a touchscreen display. In contrast, the DSJ is housed in aluminum extrusions that are easier to assemble, with a Plexiglas cover and a simple OLED display. But while PS Audio may have found a way to lower building costs, they haven’t sacrificed much in the way of appearance. Weighing 18 pounds and measuring 17”W x 14”D x 2.75”H, the DSJ not only feels sturdy, it also looks clean and modern. It’s a beautifully crafted component that should look at home in just about any room.

Inside the DSJ is a single printed circuit board, instead of its forebear’s separate boards for the digital and analog circuits and the Bridge II network card/power supplies. Furthermore, whereas the DirectStream has multiple power transformers, the DSJ has just one. Finally, the DirectStream’s output stage includes high-speed, high-current analog video amplifiers driving an output transformer; the DSJ uses similar passively filtered amplifiers that drive the output directly, with no transformer.

Those differences aside, the Junior, like the DirectStream “Senior,” uses a single-bit topology -- aka pulse-density modulation (PDM) or Direct Stream Digital (DSD). At the heart of this is a field-programmable gate array (FPGA) chip that

takes all incoming PCM and DSD data and synchronously upsamples it to 30 bits at 28.224MHz. This is ten times higher than the standard DSD rate of 2.8224MHz, and 640 times faster than PCM’s 44.1kHz. This extraordinarily fast sampling rate was chosen because it’s the lowest common rate attainable through integer upsampling of 176.4 and 192kHz PCM files. Next, the signal is downsampled to 5.644MHz, or DSD128, which is twice the base DSD rate of DSD64 (i.e., 64 times 44.1kHz), and converted to single-bit PDM before being sent to a low-pass filter at the output stage.

The DSJ has multiple digital inputs: USB, AES/EBU (XLR), S/PDIF coaxial, TosLink optical, I2S via HDMI, and Ethernet. The “Senior” has all those as well, plus a second HDMI.

Philip described the sound of the DirectStream Junior:

I played the War Dance from Respighi’s Belkis, Queen of Sheba -- Suite, performed by Eiji Oue and the Minnesota Orchestra (HDCD, Reference RR-95CD). The rhythm of the drum was full and powerful, sounding natural as it decayed under the flute’s almost whimsical dance. One thing that quickly became apparent was that the DSJ didn’t imprint music with its own character, but stepped aside to open a clear view into the music. With War Dance, this made it easy to imagine hearing this performance in person.

What places the DSJ among the best DACs I’ve heard is that it lacked the harshness or edge of most digital source components. The triangle and winds in The Pines of the Villa Borghese, from Respighi’s The Pines of Rome on the same disc, shimmered and shone with pristine upper registers that were the antithesis of sharp or grating. I’ve never heard digital playback that could be mistaken for analog, but in terms of the ease and fluidity of its sound, the DSJ captured some of analog’s greatest virtues -- a smoothness and ease to the sound -- while preserving the low noise floor and clarity of the finest digital playback. 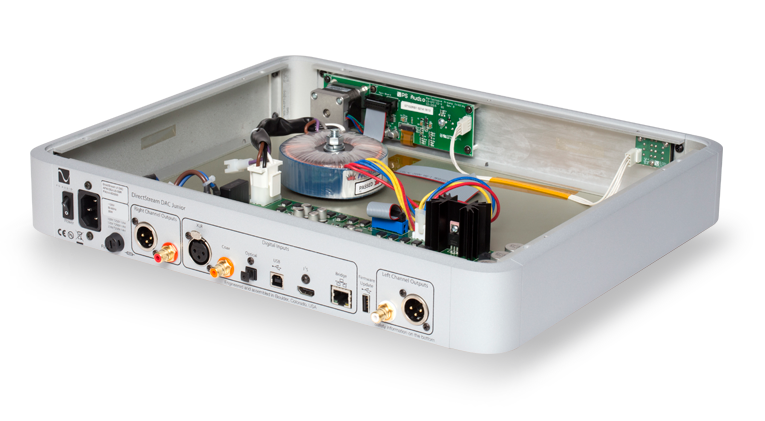 Philip admitted that his listening notes were sprinkled with the noun space:

With “Ave Generosa,” from A Feather on the Breath of God (CD, Hyperion CDA66039), contralto Margaret Philpot’s voice soars to the ceiling of London’s Church of St. Jude-on-the-Hill, where this recording was made over three decades ago. This chant was composed by the 13th-century German abbess and mystic Hildegard von Bingen, and the DSJ was sublime in its ability to preserve the acoustic of St. Jude and the grandeur of the music in this beautiful recording, and helped deliver the composer’s intent: to connect the listener with something higher. Again, the DSJ was notable for what it didn’t do, moving aside to let the music pass through unadulterated. Could the DSJ make me forget that I was listening to music in the comfort of my home rather than in an English church? Of course not -- but it was still commendable for making it easier for me to imagine myself being there through its ability to convey detail and space in a natural, believable way. 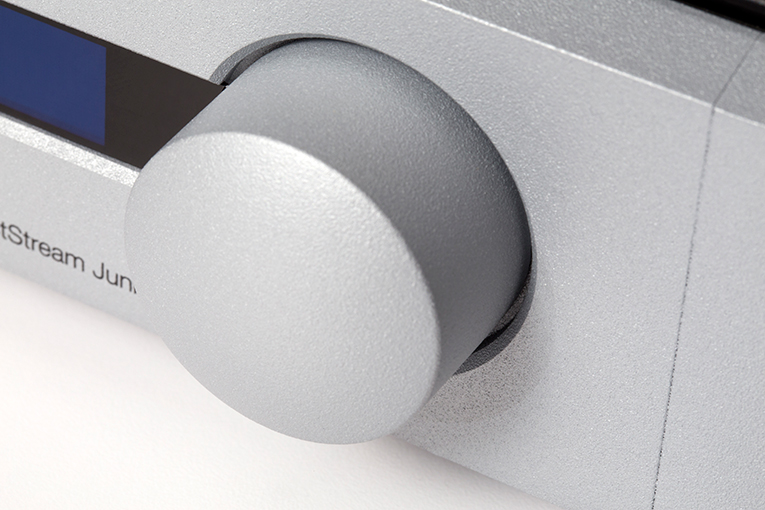 Philip compared the DirectStream Junior with the Bryston BDA-3 ($3495), which he’d just finished reviewing and thought very highly of. Like the Junior, the BDA-3 supports PCM and DSD, though it processes both signal types natively, having a separate processing path for each; the DSJ handles DSD signals natively, but converts PCM to DSD to suit its single-bit topology. Despite this and other differences, Philip found their sounds “similar,” though he pointed out that “some aspects of their sounds will leave shoppers preferring one to the other”:

With “Backstage with the Modern Dancers,” from the Great Lake Swimmers’ Ongiara (CD, Nettwerk 6700-30691-2), the double bass had a touch more weight and impact through the Bryston BDA-3. Both DACs effortlessly revealed the clarity, image focus, and detail in the opening of this track, but as I listened to the PSA DSJ, my attention was drawn more toward the highest notes resonating from the strings of the acoustic guitar. They sounded airier, and thus better emphasized the feeling of isolation that permeates this tune. It wasn’t that the BDA-3 didn’t sound open -- but as I kept switching between the DACs, I found I preferred the sense of space conveyed by the DSJ.

Philip went on to describe the sounds of other tracks, highlighting the subtle differences he heard, but concluded that while the two DACs didn’t sound identical, in terms of overall sound quality it was a draw: “At any given moment, I was pretty satisfied with whichever DAC I was listening to; no obvious winner emerged, and both are among the best I’ve used in my system -- if there’s a DAC on the market that sounds significantly better, I’d love to hear it.”

The PS Audio PerfectWave DirectStream Junior received a Reviewers’ Choice award when it was reviewed, and at the end of the year was selected as one of the SoundStage! Network’s Products of the Year for 2016. Now we recognize the DirectStream Junior as a Recommended Reference Component -- the first product from PS Audio to be honored by inclusion in this list.