Outrageously expensive at $6000 USD, and so insensitive that you need a high-powered amplifier to drive them to appreciable volume levels, HiFiMan’s Susvara headphones were designed for -- well, who, precisely? In his July 2017 review of the Susvaras on SoundStage! Xperience, Brent Butterworth at first wondered if they were just another of the many audio products that are claimed to bring you “closer to the music,” a phrase he’d thought was “meaningless marketing” -- until the Susvaras came along.

The Susvaras are similar to HiFiMan’s HE1000 V2s, which Brent reviewed for Xperience in December 2016 and we added to our list of Recommended Reference Components in February 2017. However, at $2999, the HE1000 V2s are half the price of the Susvaras, with some notable differences, as Brent described:

The biggest technical difference is the Susvaras’ planar-magnetic drivers, which work by suspending a thin diaphragm of film covered with a wire voice-coil between metal plates covered with rows of magnets. Most HiFiMan headphones have such drivers; the Susvaras are different in using magnets with a rounded shape, claimed to reduce air turbulence and audio distortion.

Another innovation is the Susvaras’ “nanometer-grade” diaphragm, which is claimed to be less than 1µm thick. (A typical human hair is about 100µm thick.) In theory, this means better high-frequency response and more sonic detail. 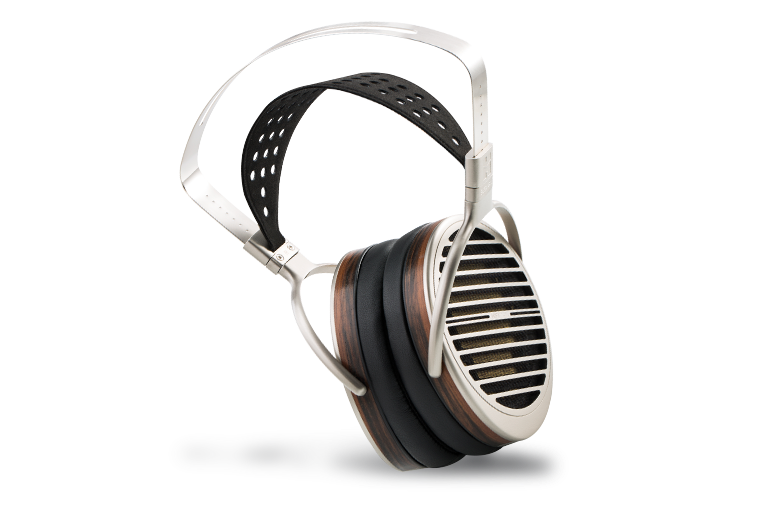 In his review of the HE1000 V2s, Brent wrote: “An especially nice thing about the old and new HE1000s is that their sensitivity is high enough that you can use them with a smartphone. You won’t get the best sound quality that way . . . but it was still quite enjoyable to listen to.” Of the Susvaras he wrote:

HiFiMan has been steadily improving the sensitivity of its headphones, to the point where most of them can produce decent sound even when plugged straight into a smartphone. But the Susvaras hark back to HiFiMan’s earlier headphones, such as the HE6 from 2010, whose low sensitivity made them notoriously difficult to drive. Even HiFiMan’s own beefed-up amp, the EF6, could achieve loud listening levels with the HE6es only with the volume control turned full up. Knowing that headphones costing in the mid-four figures would likely be used only with high-quality headphone amps, HiFiMan decided to focus entirely on the Susvaras’ sound quality and not worry about their sensitivity.

To meet the Susvaras’ need for a powerful headphone amplifier, HiFiMan created the EF1000, which Brent described as “a tubes-and-transistors design specified to deliver 20Wpc into 35 ohms -- about 100 times the power delivered by typical headphone amps.” The EF1000 costs $15,000 if purchased separately; when it and the Susvaras are bought together, the total cost is $18,000. For his review, however, Brent used his Audio-gd NFB-1AMP, which produces 8Wpc into 40 ohms. He described the sound of the Susvaras with this amp as “impeccably clean.” 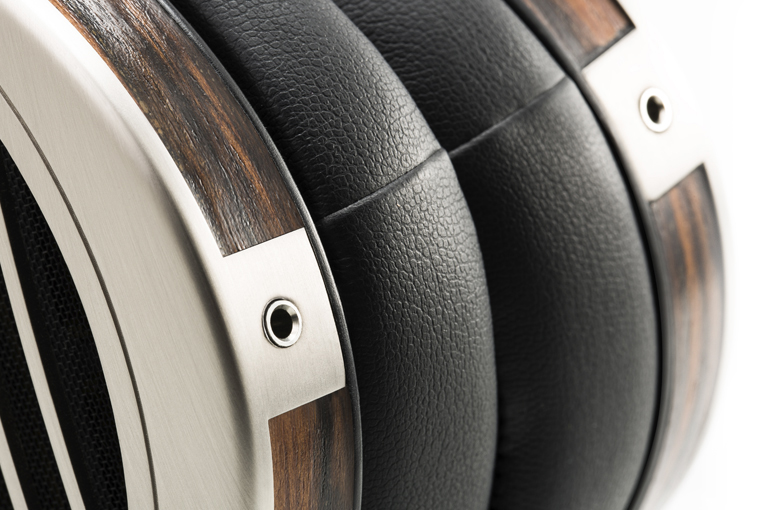 Now that the Susvaras had enough power, Brent found that they offered sound quality as flawless as he’s heard from headphones:

. . . I put on the high-resolution version of Yes’s Fragile (24-bit/96kHz FLAC, Atlantic/HDtracks). Right away, I was struck by how real Steve Howe’s guitar sounded in the opening melody of “Long Distance Runaround”; it was as if I were sitting next to a real Fender amp connected to a real Gibson ES-175 guitar in the real 1970s. (I had a somewhat similar rig myself at the time, but with an Ibanez Les Paul copy instead of the ES-175.) I could also tell clearly, for the first time, that Rick Wakeman was doubling the melody on piano, and not on one of his electronic keyboards. It was always clear to me that he played piano on most of the tune, but on the countless other audio systems I’ve listened to this track through, the notes in the opening melody sounded kind of “klacky” and percussive, more like a second guitar overdubbed -- through the Susvaras, I could definitely tell that it’s a piano. As with the guitar, I felt I was in the studio, sitting a few feet from Wakeman’s piano. Same with Bill Bruford’s kick drum. I’ve been in dozens of recording studios, so I know what it feels like to really be there -- and this was it.

“The hi-hat sounds a little crisp,” I noted, but after considering what the hi-hat on my own drum kit sounds like, I added, “or maybe not. Jeez, it’s hard to think of something about this sound that’s not perfect.”

Much about the two was practically the same: the spatial presentation, the precision of bass notes, the seemingly limitless treble extension. But the HE1000 V2s sounded comparatively bright, making the snare drum sound, again, “klacky,” and lacking in natural body. Maybe that doesn’t sound like a big difference, but to me it almost seemed like the difference between hearing an unamplified jazz band and one whose sax player uses a PA system.

He continued listening, this time with a different headphone contender:

To hear what the Susvaras could do with something better, I played “But Beautiful,” from We’ll Be Together Again (24/96 FLAC, Chesky), a minimalist stereo recording of Three’s Company, a trio comprising saxophonist Javon Jackson, bassist Ron Carter, and drummer Billy Drummond. Again, the Susvaras sounded shockingly flat, neutral, and uncolored. Carter’s double bass, which I’ve heard live in clubs small and large, sounded like Carter’s bass sounds, with a perfect mix of fullness, body, definition, and detail. As I’d expect from a Chesky recording, the ambience was huge.

Once again, I went back to the HE1000 V2s, and once again, the difference was obvious. The HE1000 V2s made Jackson’s tenor sax sound breathier and thinner, and overemphasized Drummond’s brushed cymbals. This time, I also threw in Audeze’s LCD-Xes ($1799), a well-regarded open-backed, planar-magnetic design. The LCD-Xes gave me a much different sound. It was punchier, with stronger bass and treble -- more dynamic, more kick-ass, but also more like a typical multimiked, multitracked jazz recording than a Chesky recording.

The Susvaras also beat all comers on a very different version of “But Beautiful,” from singer Valerie Joyce’s Blue Coast Special Event 21 (DSD64, Blue Coast), in which she’s accompanied only by acoustic guitar. All the headphones sounded good with this track, but the Susvaras were the least colored and most natural. The HE1000 V2s sounded much like the Susvaras, but with an added sibilance that was an unwelcome addition to Joyce’s ultra-deep, ultra-smooth voice. The LCD-Xes gave me less of a sense of air and space than either HiFiMan, and more of an uneven response in the upper frequencies of her voice.

The Susvaras’ high price and difficulty to drive mean that they’ll attract a smaller audience than do most headphones. We include them in our list of Recommended Reference Components for their sound quality alone -- for what Brent described as their being able to bring him, indeed, “closer to the music”: “The Susvaras gave me new, more intimate insights into my favorite recordings simply because they’re better.”