Each measuring 22”W x 14”H x 27”D and weighing 230 pounds, and priced at $118,888 USD per pair, the Simaudio Moon 888 mono amplifier is as big and heavy as it is expensive and powerful. Simaudio says it can deliver at least 888W into 8 ohms or 1776W into 4 ohms from a typical 120V, 15A power source. But it wasn’t all that power, size, weight, or cost that most impressed Aron Garrecht, who reviewed the Moon 888 this month on SoundStage! Ultra -- it was that “Their sound quality is beyond anything else I have heard.”

Simaudio’s specifications state that the Moon 888 operates in class-A for its first 20W, and in class-AB above that. To achieve its high power outputs, each 888 has 32 custom-made bipolar transistors mounted directly on enormous heatsinks of cast aluminum, to maximize the dissipation of heat. Working with those transistors are two 1.5kVA transformers potted in epoxy and plated with chrome, then sandwiched between two 1/2”-thick plates of aluminum -- as well as a dozen 27,000µF power-supply capacitors that, as Aron wrote, “provide more than twice the damping and insulating properties as those used in the 880M and W-7M, with dissipation rates significantly better than anything Simaudio has used before.” Simaudio’s Moon 880M ($45,000/pair, current) and Moon Evolution W-7M ($25,000/pair, discontinued) are also monoblocks, the former capable of 800W into 8 ohms, the latter of 500W output into 8 ohms. (Aron owns a pair of W-7Ms.) 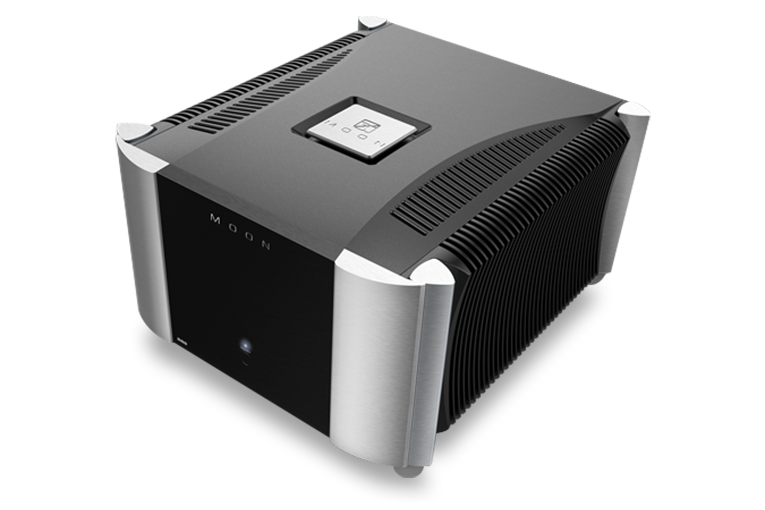 Fitting for a product at this price are the Moon 888’s topflight qualities of build and component parts, as well as some useful touches new in a Simaudio product: a subchassis lid that provides damping, as well as a tidier appearance when the main cover is taken off; spring-loaded, self-leveling feet; and Furutech’s FT-818 torque-regulated binding posts, which are plated with rhodium and adorned with carbon fiber -- Aron described these posts as “marvelous” for the way they clamp connectors. Capping things off is a ten-year warranty (with registration) -- twice the industry standard, and the same as Simaudio provides for all their amplifier models. That speaks well for the company’s support of and confidence in its products, from entry level to outrageously expensive.

Aron used the Mono 888s with the Tidal Piano G2 loudspeakers, which he’d already reviewed and was still using. With the Tidals, he never needed all the power the Mono 888s can provide, but since “the Moon 888 is fundamentally similar in design” to the Moon Evolution W-7M monoblock, he “dreaded the possibility of having to nitpick the most minute of sonic minutiae to differentiate the Moon 888” from its sibling, as he compared the two models throughout his listening. 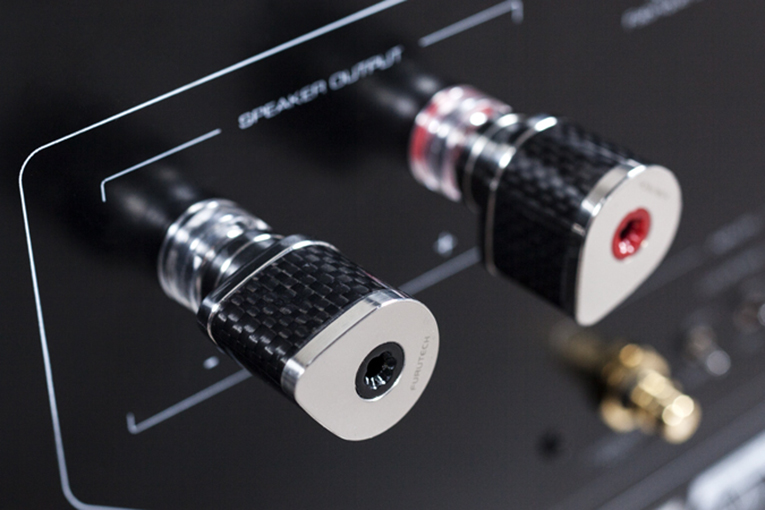 It turned out not to be a close call. Although the Moon Evolution W-7Ms fared well against the Moon 888s -- their sounds were in some ways similar -- Aron found that the 888s surpassed the W-7Ms “in terms of speed, dynamics, and transparency.” These improvements not only allowed him to hear more details in recordings, and more clearly into soundstages, it let him connect more meaningfully with the music. He wrote that the W-7Ms reproduced “I’ll Be Your Lover, Too,” from Van Morrison’s His Band and the Street Choir (24-bit/192kHz FLAC, Warner Bros.), “with dexterity, compelling dynamics, and an alluring sense of space.” Through the 888s, however,

each of these attributes was not only undiminished, there was now so much more going on. For example, Morrison’s voice was at center stage, as expected, but so organically that I swear I got an impression of his mood. The sound of the recording venue, too, had changed -- through the W-7Ms, the soundstage sounded big, with ample space between Morrison and the members of His Band. Through the Moon 888s, the distances between objects onstage remained, but there was now a sense of definition implied to each axis of the environment that enabled me to better identify the boundaries of the stage.

Aron also highlighted the Moon 888’s “refinement,” an aspect of its reproduction that he felt was not only superior to the W-7M, but “defined this amplifier’s sound, and was consistently present regardless of genre, volume, or resolution of recording material.” He specified what he meant by refinement in this case: “a darn near perfect balance of pace, rhythm, timing, texture, tonal color, micro- and macrodynamics, and soundstage size, and [it] did so with absolute effortlessness.” 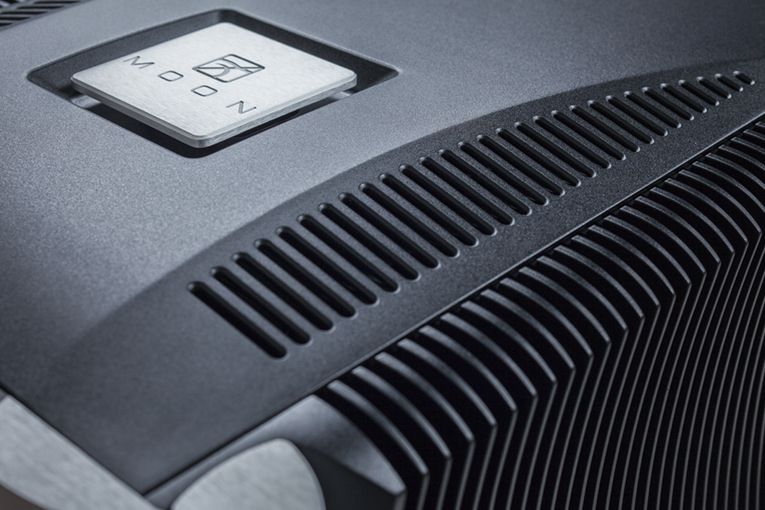 The Moon 888s didn’t outclass only the W-7Ms. When Aron played “Oh, What a World,” from Kacey Musgrave’s Golden Hour (24/96 MQA, MCA/Tidal), he found that “her voice sounded less porous and more organic” than he was used to, and that the vocal image was “between the Piano G2s with diamond-cut focus.” He “also appreciated how precise instrumental and vocal decays were etched on and around the stage throughout this track,” which “can sound a bit blurred through other amplifiers.” He continued: “Nor was the acute resolution with which the layers of this music were reproduced limited to this track -- the 888s consistently and precisely reproduced such instrumental and vocal nuances, regardless of material -- again and again, the cumulative effect was immersive and realistic reproduction of the recordings. The Moon 888s did this better than any other amplifier(s) I’ve heard.”

In wrapping up, Aron called Simaudio’s big, heavy, expensive Moon 888 “a new musical masterpiece.” With that kind of endorsement, and with these amplifiers having allowed him to hear from his reference system the best sound he’s ever heard, the Moon 888 received a Reviewers’ Choice award in the review. And now we’re happy to make the Moon 888 the newest addition to our list of Recommended Reference Components.