In his review of the Focal Spectral 40th loudspeakers, published on this site on September 1, 2019, Diego Estan wrote: “In their beautiful, superbly finished cabinets, the Spectral 40ths provided me with stunning sound that always left me grinning from ear to ear.” To our staff, he also remarked that the 40ths sounded so good that he seriously considered buying the review pair to use as references.

The Spectral 40th measures 45.2”H x 11.9”W x 16.7”D, weighs 101.4 pounds, costs $9999 USD/pair, and is one of five models Focal created to celebrate, in 2019, their 40th anniversary. As Diego pointed out, “The Spectral 40th was inspired by such legendary Focal models of the 1990s as the Spectral 913.1, the Futura Antea, and the Vega.” Those inspirations were not only responsible for the Spectral 40th’s styling, but also the bright yellow of its drivers -- all of their diaphragms are made, in part, of aramid, a synthetic aromatic polyamide whose yellow fibers are low in density but high in strength. Focal has been using aramid in its cones since 1986. 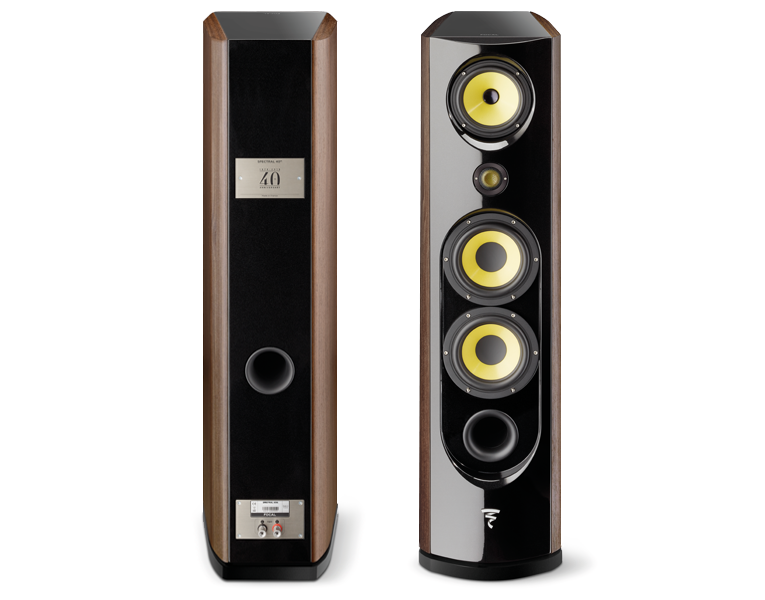 The three-way Spectral 40th has four drivers: two 7” woofers crossed over at 280Hz to a 6.5” midrange driver, which in turn hands off at 2.7kHz to a 1.3” inverted-dome tweeter. Focal began using inverted-dome tweeters in 1981, though the use of aramid for this one’s diaphragm is a recent departure from the beryllium domes that have been ubiquitous in their higher-end speakers for years, and clearly a nod to Focal’s past. Focal’s specifications for the Spectral 40th include a sensitivity of 91dB/2.83V/m, a nominal impedance of 8 ohms, and a frequency response of 34Hz-30kHz, ±3dB.

Diego declared, in the first sentence of the “Sound” section of his review: “The Spectral 40th’s midrange and top end were the best I’ve heard in my room.” He went on to describe the midrange as being “quite forward but also impossibly smooth, and oozing with detail. . . . There was an organic, reach-out-and-touch-it quality to the midrange that, though it may not have been perfectly flat, was intoxicatingly beautiful. I’d never heard quite this level of realism in my room before.” 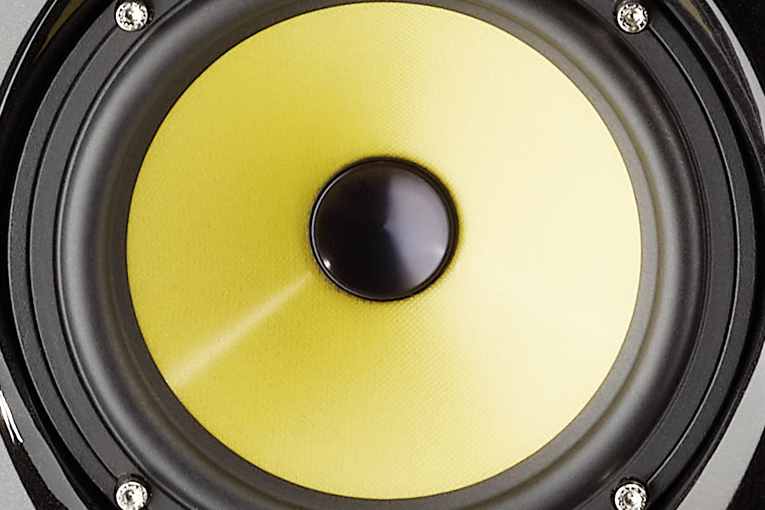 The bass wasn’t far behind: “definitely the best bass I’ve heard from a passive, unequalized loudspeaker” -- high praise from Diego. In his reference system, Diego uses two SVS SB-4000 subwoofers and Bowers & Wilkins 705 S2 speakers, their outputs massaged by Dirac Live room-correction software. He used the Spectral 40ths to listen to “Symbolistic White Walls,” from the Matthew Good Band’s Last of the Ghetto Astronauts (16-bit/44.1kHz FLAC, PolyGram/Tidal): “When the kick drums enter at the start of this track, I couldn’t wipe the smile off my face. The bass was full and satisfying, but also tight, very fast, and rhythmic.”

Diego also found that “the Focals’ cabinets did a great job of ‘disappearing’ from the music.” Using as an example Jann Arden’s “Unloved,” a duet with Jackson Browne from her album Living Under June (16/44.1 FLAC, A&M), he described

the plucked strings of two acoustic guitars . . . imaged just to the right of the left speaker and just to the left of the right speaker, rendered with delicacy and sparkling immediacy. Though these guitars were panned relatively hard right and left, neither sounded as if it was being produced from the cabinet of the nearer speaker. . . . When Arden starts singing front and center, her voice’s presence, rich smoothness, and realism were haunting. She was there, standing in my room, her voice above and behind the speakers.

With every speaker he reviews, Diego pays special attention to sibilance: “There is excessive sibilance on Arden’s voice in [“Unloved,”] so much that, unequalized, its sound is damn near intolerable through the hot tweeters of my reference B&Ws. Though it sounded much better through the Focals, Arden’s voice still had just a hint more sibilance than I would ideally want.” But he later qualified that criticism: “On a few tracks that leaned toward sibilance, I did wish for 1-2dB less energy in the highest octaves, but this also reflects my personal preference for a downward-sloping response between 2 and 16kHz, a range in which the Focals measured essentially flat.” 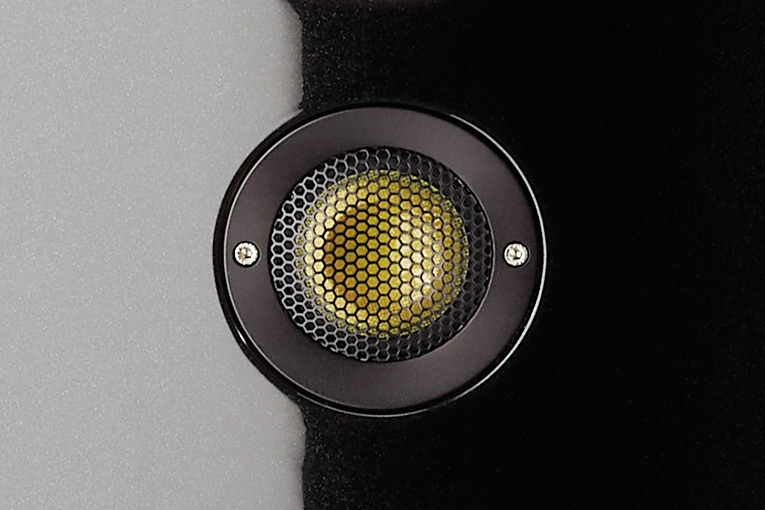 Diego’s conclusion: “I loved the Focal Spectral 40th. . . . I found its seemingly impossible marriage of a very upfront, detailed, and forward-sounding midrange to a buttery-smooth ease of sound absolutely intoxicating to listen to.” However, he admitted that the speaker is “expensive” and “could never be called a steal.” Yet, when he asked the rhetorical question “Is it worth $9999/pair?,” his answer was “No question.” His unqualified recommendation is why Focal’s Spectral 40th was presented with a Reviewers’ Choice award when the review was published -- and why it’s now the latest entry in our list of Recommended Reference Components.