Focal’s Shape 65 loudspeaker sells for $1998/pair (all prices USD), but it’s unusual for an audiophile loudspeaker: It was designed for use as a monitor in professional recording studios. Nonetheless, when Gordon Brockhouse reviewed the Shape 65 for SoundStage! Simplifi on June 15, he wrote that it “looks as if it belongs in a stylish living space,” and that “that’s where its sound belongs.”

The Shape 65 measures 14”H x 8.6”W x 11.2”D and weighs 18.75 pounds; its cabinet is made of 0.6”-thick MDF. Its side, bottom, and rear panels are clad in black paint or black vinyl, while its front and top panels comprise a single piece of curved MDF finished in a veneer of real walnut. On that front baffle are a 6.5” flax-sandwich-cone midrange-woofer and a 1” aluminum-magnesium inverted-dome tweeter, and on each side panel is a 6.5” passive radiator to augment the speaker’s bass output. All drivers are designed and made by Focal. 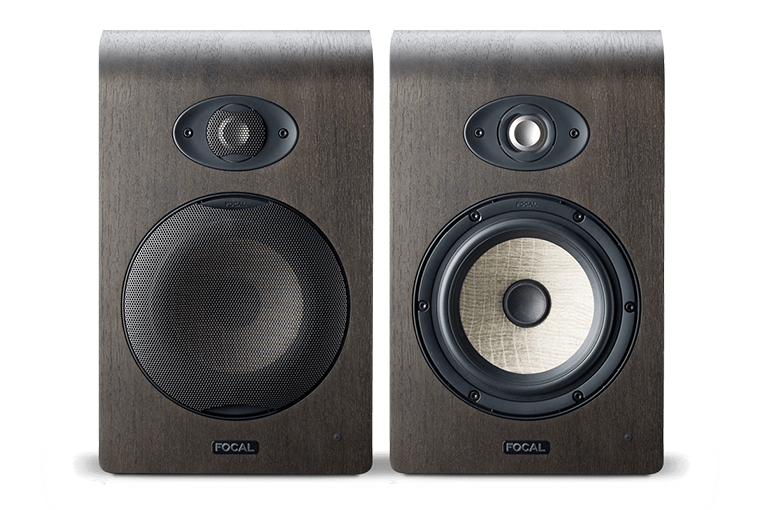 Like most studio monitors, the Shape 65 is self-powered, in this case by two class-AB amplifiers: 25W for the tweeter and 80W for the midrange-woofer. It’s also an active speaker -- its crossover, which uses analog components instead of the digital signal processing (DSP) found in many designs, is at line level and precedes the amplifiers, which power the drivers directly. (In a powered or passive speaker, the amp precedes the crossover in the signal path.) Its built-in amplification means that the Shape 65 must be plugged into the wall, and be driven by a line-level source with its own volume control, such as a preamplifier or DAC or phono stage. For this, unbalanced (RCA) and balanced (XLR) inputs are found on the rear panel.

Also on the Shape 65’s rear panel are these controls: LF Shelving, for adjusting the bass through a range of ±6dB; and LMF EQ and HF Shelving, respectively for fine-tuning the high and low frequencies through ±3dB. Focal specifies the Shape 65’s frequency response as 40Hz-35kHz, ±3dB; should deeper bass be required, there’s also a Hi-Pass Filter control that can be set to 45, 60, or 90Hz, to allow for the attachment of a subwoofer. 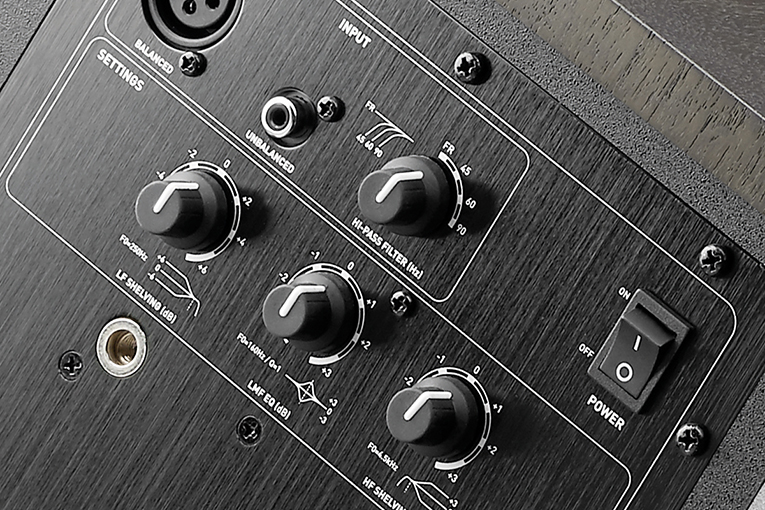 Gordon first used the Shape 65s in his main-floor living room, feeding them the balanced output of an exaSound e32 Mk.II DAC ($2495), which has a volume control: “I was struck by the Shape 65’s fast dynamics and forward sound. Together, these characteristics created tremendously exciting listening experiences -- much more than I’d expected from an amp-and-speaker combination costing $2000. I also loved how natural voices sounded -- even spoken voices, such as Chick Corea’s remarks to the audience in his trio’s live album Trilogy 2 (24-bit/192kHz FLAC, Concord Jazz/Qobuz).”

With “Trees on the Mountain,” from Rhiannon Giddens’s There Is No Other (24/96 FLAC, Nonesuch/Qobuz), Gordon found that “the Shape 65s could also make possible musical experiences of surpassing beauty. They imposed no colorations whatsoever on Giddens’s full soprano, which sounded rich in its lower range, and soared beautifully when she hit high notes.” And when he played Jean-Baptiste Lully’s Marche pour la cérémonie des Turcs, from the score for the film Tous les Matins du Monde (DSD64, Alia Vox), the “Shape 65’s dynamic capabilities came through loud and clear. . . . The baroque drums beating out a ceremonial march rhythm sounded absolutely delicious, with fast, impactful initial strokes immediately followed by the big, resonant sound of the drumhead and body.” 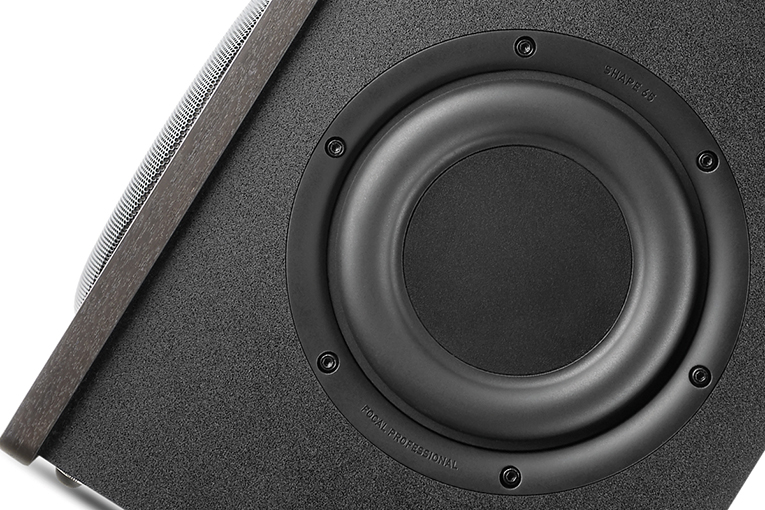 Gordon also tried the Shape 65s in a desktop system, set up on IsoAcoustics’ ISO-200 speaker stands, whose height can be adjusted from 3.75” to 8.5”. Driving the Shapes from the single-ended outputs of his Bluesound Node 2i streaming DAC-preamp ($549), he made judicious use of the speakers’ rear-panel controls, dialing in the sound to compensate for the speakers’ suboptimal positioning:

With the Focal 65s so close to the front wall, the bass was a bit prominent. For example, on “You Don’t Know What Love Is” / “Muezzin,” from Keith Jarrett’s At the Blue Note: The Complete Recordings (16/44.1 FLAC, ECM/Qobuz), the sound of Jack DeJohnette’s kick drum was a tad thuddy, and Gary Peacock’s double bass was a little boomy at the bottom of its range. Dialing in a -3dB correction with the LF Shelving dial on the rear of each speaker resulted in a much more pleasing balance.

Playing “St. James Infirmary Blues,” from Jon Batiste’s Hollywood Africans (24/96 FLAC, Verve/Qobuz), Gordon found that “Batiste’s voice sounded commendably natural, except for some slight muddiness at the very bottom of his range,” which he thought might be caused by the desktop’s reflections of midrange frequencies. He reduced the Focals’ LMF EQ setting by 2dB -- that “went a long way toward correcting the problem, which hadn’t been particularly bothersome before the adjustment, and was barely audible after it. Otherwise, the reproduction of Batiste’s voice was superb -- free from coloration through almost his entire range. Dynamics were also excellent -- I loved the way the Shape 65s tracked Batiste’s expressive touches, and how his voice decayed into the reverberant acoustic of the unnamed Louisiana church where this album was recorded.” 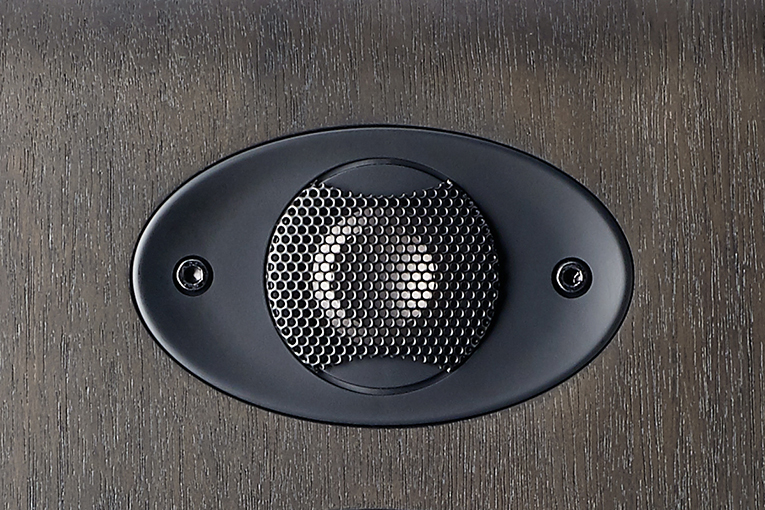 Gordon concluded his review by saying that he “Enthusiastically recommended” the Shape 65. But that’s not where our experiences with this speaker ended -- Jay Lee, our YouTube reviewer, performed a follow-up review for a SoundStage! Take 2 episode. He briefly used the Shape 65s on a desktop, as Gordon had, but did most of his listening with a two-channel system with the Focals perched on 24”H stands and driven by the single-ended (RCA) preamplifier outputs of his Hegel H190 integrated amplifier-DAC. In Jay’s small listening room, the Shape 65 sounded so much “like a floorstanding speaker . . . a properly full-sized one” that he had to reduce the speakers’ bass output by 2dB. He didn’t need a subwoofer -- unlike with the other small speakers he has.

Playing all his favorite demo tracks, Jay was impressed by everything he heard through the Shape 65s. And when he played Sara K.’s “All Your Love (Turned to Passion),” he was “left in disbelief that this type of sound was coming out from two active monitors that were meant for nearfield [listening].” In fact, Jay was so taken by the Shape 65s’ sound that he wanted to extend the listening period of his review to “play around with the speakers even longer.” He concluded his video by saying that the Focal Shape 65 isn’t great only for studio professionals -- it’s also great for audiophiles who “want a kick-ass speaker in their living room, listening room, or for a small, simple system.” 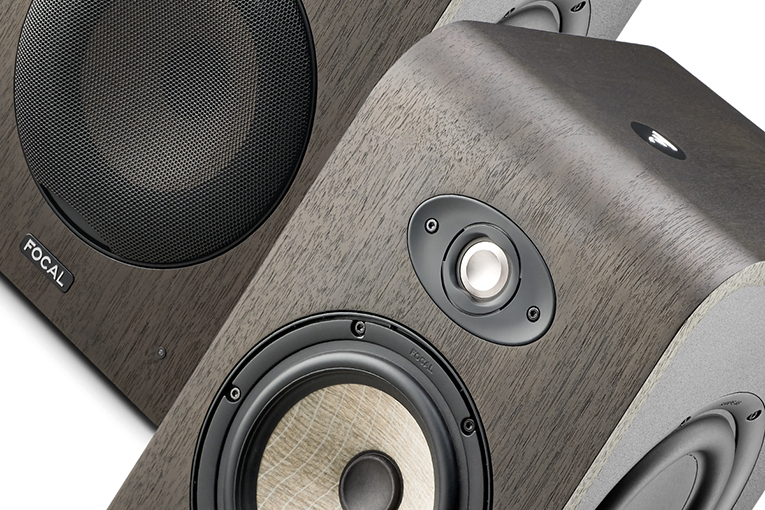 Originally designed for the recording studio, Focal’s Shape 65 is also ideal for the home. From its useful controls to its appearance to its sound, this versatile active minimonitor leaves us with little to criticize. The Shape 65 won a Reviewers’ Choice award when Gordon’s review was published; now it’s our newest Recommended Reference Component.