Magico’s cost-no-object approach to loudspeaker building means that the company’s products are not inexpensive—for example, Magico’s current top-of-the-line loudspeaker, the M9, costs a whopping $750,000 per pair (all prices in USD). But with its “entry-level” A-series models, Magico has been able to bring costs down to appeal to a broader audience, yet still offer outstanding sound quality. The Bay Area loudspeaker manufacturer has achieved this by using a conventional flat-sided cabinet design, less expensive parts, and trickle-down technology from the costlier M and S lines.

Doug Schneider reviewed the lowest-priced model in the A series, the stand-mounted A1 ($8600/pair), for this site in May 2020. It received a Reviewers’ Choice award when the review was published and a Recommended Reference Component award the following month. In June 2021, Jeff Fritz reviewed the flagship model of the series, the floorstanding A5 ($24,800/pair) for SoundStage! Ultra. The Magico A5 also received a Reviewers’ Choice award, and is now being recognized with a Recommended Reference Component award as well. The reasons for this award are detailed in the review, but the key points from that review are summarized here. 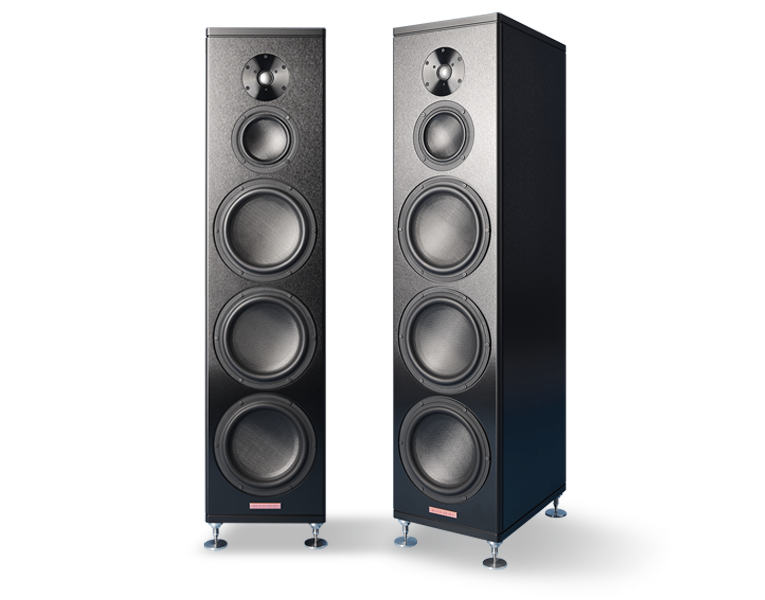 The A5 measures 44.75″H × 10.5″W × 14.9″D, weighs 180 pounds, and, according to Jeff, “benefits from Magico’s latest thinking on loudspeaker design, specifically in the area of driver cones.” The A5 is a three-way design with five drivers: three 9″ woofers, one 5″ midrange, and one 1.1″ beryllium-dome tweeter. Jeff wrote the following about the midrange and woofers: “The woofer and midrange cones are made of a refined version of Magico’s Nano-Tec material, a combination of carbon fiber and graphene designed to be super light, super stiff, and optimally self-damping. The refinement is what’s between the layers of carbon fiber/graphene: instead of the Rohacell foam previously used, the core is now a honeycomb of aluminum—a far stiffer material, but still super light.”

Jeff also pointed out that the midrange is the company’s “very first 5″ driver” and that it was “designed and sized to closely match the 1.1″ tweeter’s dispersion characteristics.” For the tweeter, which has a dome constructed from pure beryllium metal, Jeff highlighted that it “is powered by a neodymium motor derived from that used in Magico’s more costly M- and S-series models, and is claimed to extend out to 50kHz.” On the other end of the frequency range, Magico claims that the A5 can reproduce bass down to 24Hz by utilizing the combined outputs of the three woofers. 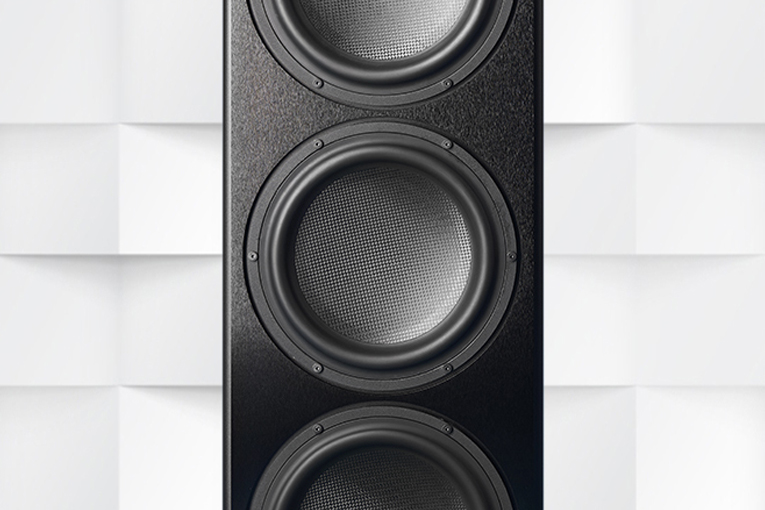 The A5’s cabinet, which is built to the high standard that Magico is known for, is made entirely from brushed 6061-T6 aircraft-grade aluminum with an anodized black finish (no other color is available). But unlike the curved panels used in the company’s more expensive M and S speaker models, the A5’s panels are flat, as they are with all the A-series models. Jeff described its look as “boxy,” but added that the pair “looked terrific” in his room.

Jeff stated that audiophiles will be impressed by the A5’s sound, as he was in his listening. Beginning with “Avratz,” from Infected Mushroom’s Converting Vegetarians (16-bit/44.1kHz FLAC, Hommega/Qobuz), Jeff heard bass that he described as “deep, articulate, and soooo easy to hear into,” as well as “more tuneful” than what he’d experienced with other speakers in his room. Moving to what Jeff described as his “favorite bass torture test,” Bruno Coulais’s music for the film Himalaya (16/44.1 FLAC, Virgin Records/Qobuz), and by focusing on track 2, “Norbu,” he wrote that “the A5s perfectly reproduced all the bass in ‘Norbu.’ And on the initial impact of mallet on drumhead, the A5s achieved room lock—that sense that the bass frequency reproduced has excited every last molecule of air in the room—and maintained it through to the end of the decay. There was no boom or overhang, but that bass was damn strong.”

“Things were just as good higher in the audioband,” he wrote. Using “After the Fall,” from Norah Jones’s . . . ’Til We Meet Again (24/96 FLAC, Blue Note Records/Qobuz), Jeff described the sound of her piano as “tonally perfect” and her voice as “crystal clear.” He called the high-frequency reproduction of all Magico’s speakers, including the A5, “well balanced” and “excellent,” but, with the A5s, he also found that “their highs fit perfectly within the entirety of the audioband.” 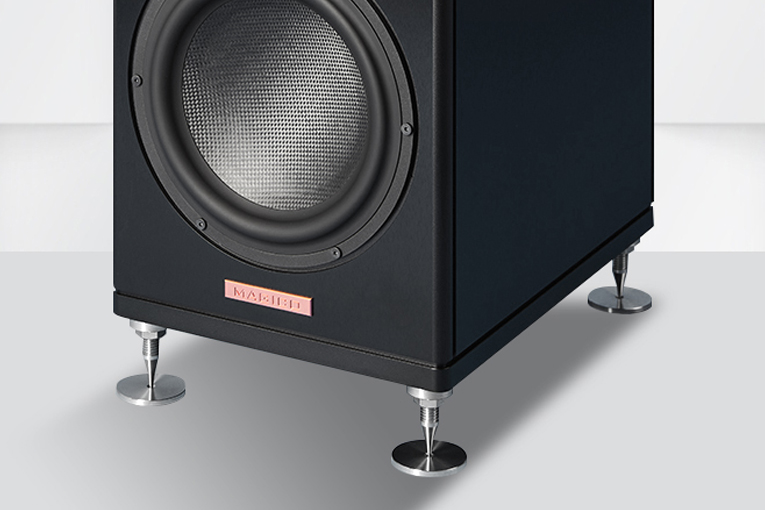 Finally, playing London Grammar’s Californian Soil (24/44.1 FLAC, Metal & Dust Recordings/Ministry of Sound Recordings/Qobuz), Jeff stated: “The A5s reproduced this album in all its glory, leaving me nothing to complain about. For instance, ‘Baby It’s You’ begins with a man’s deep voice far off to the left of and behind the left speaker, with light percussion just to his left and more upfront. In reproducing a soundstage that I could ‘see’ into with great specificity, the A5s let me precisely map these sounds. On that stage, instruments and voices were tonally spot on and appropriately sized. I could ask for nothing more.”

In the “Conclusion” section of his review, Jeff summed up his listening impressions as follows: “The A5 produces deep, linear, weighty, detailed bass; clear, neutral, present mids; and highs that always reveal and never detract from the music. The A5s produced soundstages that could be vast, and images on those stages that were precisely placed and sized just as you would imagine they should be. I loved listening to all types of music through these speakers for hours on end, and at wildly varying volume levels. In all those hours, I heard no weaknesses in their sound.” It was the sound quality Jeff described that earned the A5 its Reviewers’ Choice award when his review was published, and has merited the Recommended Reference Component award this month. 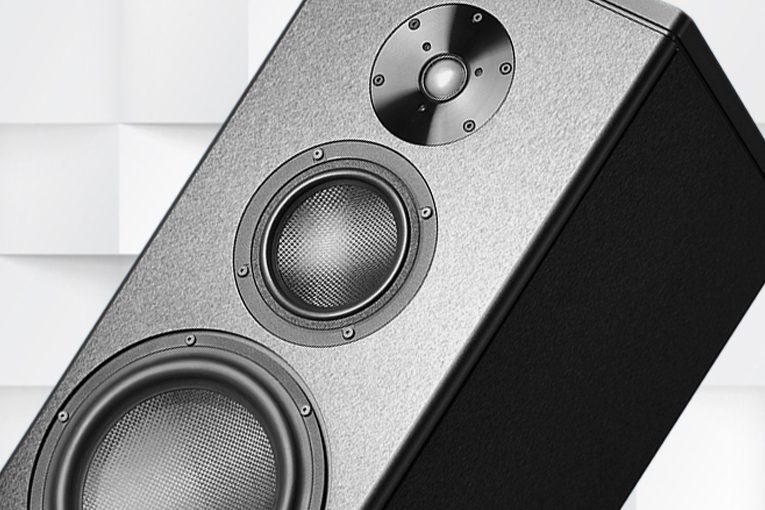 Besides the A1, five other Magico speaker models have received Recommended Reference Component awards: the Q3, Q7, S5, Q7 MK II, and S1 Mk II. With the A5 added to that list, Magico’s Recommended Reference Component award tally is up to seven, which has left our team wondering what the company will come up with next—and if it will warrant yet more awards.