With a slender cabinet measuring 43”H x 9.8”W x 8.5”D and made entirely of aluminum, and a price per pair ranging from $16,500 (in standard M-Cast finish) to $20,295 USD (in painted M-Coat), Magico’s S1 Mk.II is very expensive for a two-way loudspeaker, even if it doesn’t need stands. But the S1 Mk.II wasn’t designed to be affordable, or even to look good, despite the high quality of its materials and finishes. In Hans Wetzel’s review of the S1 Mk.II for this site in June 2016, he wrote: “In any usual sense, the S1 is not beautiful. . . . For [Magico founder Alon] Wolf, flourishes of design and creative expression solely for the sake of appearance are ultimately at odds with an audio device’s intended purpose. . . . the S1 Mk.II is a tool designed for one thing: the delivery of brutal, uninhibited musical candor.” 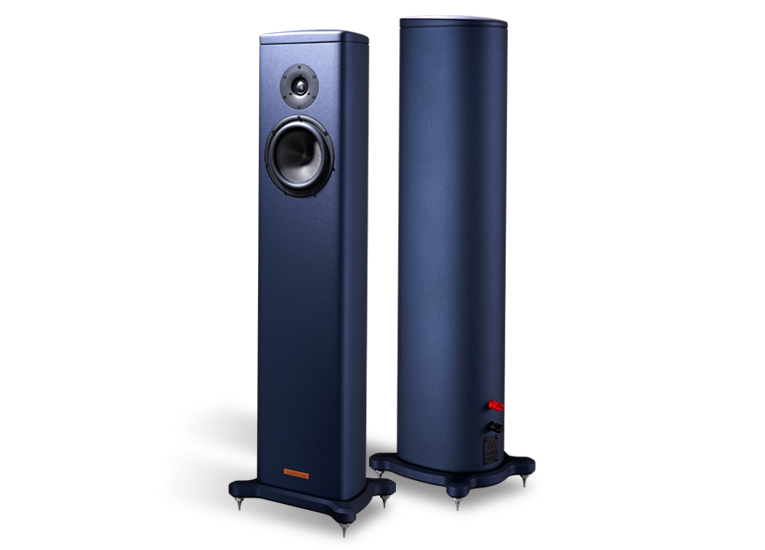 To achieve that musical candor, Magico has used a costly enclosure of 3/8”-thick extruded aluminum finished with end pieces machined from the same metal, a crossover comprising top-tier parts, and bespoke drivers made to Magico’s exacting specifications: a 1” MBD7 beryllium-dome tweeter and a 7” M390G Nano-Tec midrange-woofer. All aspects of the S1 Mk.II differ from those of its predecessor, the S1, but it’s the changes in the drivers that Magico says make most of the difference in the sound, as Hans described:

Compared to the tweeter in the original S1, which had a 50µm-thick beryllium dome, the Mk.II’s beryllium dome is 40µm thick, with a 5µm-thick diamond coating applied by an outside vendor. . . . Compared to the midrange-woofer used in the original S1, the Mk.II’s has higher-quality neodymium magnets, and more copper in its voice-coil. The Nano-Tec cone has a different carbon-weave structure than the original, which reduces the cone’s mass, while the single layer of graphene -- an exciting new material that’s extremely light yet stronger than steel -- helps decrease the cone’s total mass by 20% while increasing its stiffness by 300%.

“The Magico S1 Mk.II didn’t sound like any other two-way loudspeaker I’ve heard,” Hans wrote. Part of that has to do with the midrange-woofer operating in a sealed enclosure, as in all Magico speakers (most companies use ported enclosures), which affects the bass response. Hans found that “The S1’s bass response didn’t sound lightweight -- as if, below 50-60Hz, its low-end response had hurled itself over a cliff. Instead, the S1 made clever use of its cabinet volume and sealed design to reproduce a linear bass curve with credible extension down past 40Hz.” While the S1 Mk.II’s bass wasn’t the lowest he’s heard in his room -- an inherent limitation of almost all two-way designs, sealed or not -- it was “exceptionally tight and well controlled,” as well as “properly concussive in nature, and addictively quick-footed.” 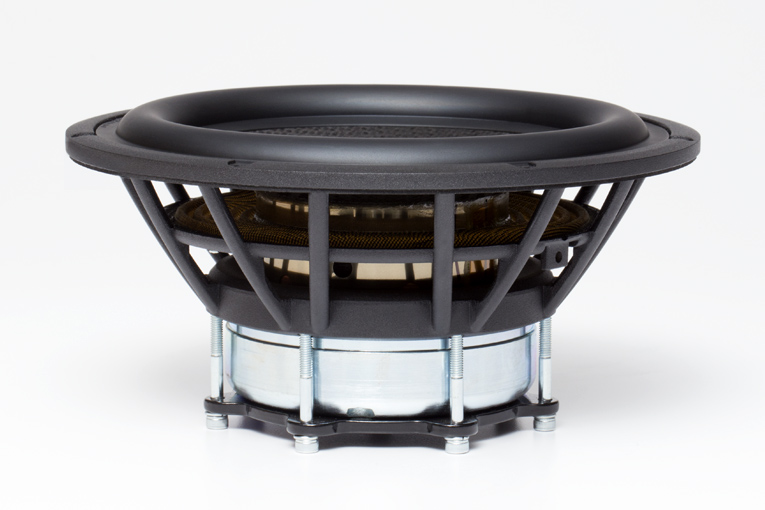 However, Hans found that when he pushed the S1 Mk.IIs too hard, their bass had limitations: “At one point I did manage to bottom out the S1’s midrange-woofers, when I played ‘Why So Serious?’ and its thumping, mid-30Hz bass line, from Hans Zimmer and James Newton Howard’s score for The Dark Knight (16/44.1 ALAC, Warner Bros.).” But this was not unexpected from a two-way with a single 7” midrange-woofer.

At the opposite end of the audioband, Hans pointed out that “the treble was slightly prominent,” but added that “it would be unfair to characterize the S1’s high-frequency performance as bright or edgy,” and that “Magico’s diamond-coated beryllium dome never sounded hard or brittle.” This slight high-frequency prominence had positive benefits -- the hi-hat cymbal in “No Son of Mine,” from Genesis’s We Can’t Dance (16-bit/44.1kHz ALAC, Atlantic), “took on a brasher, more vibrant sheen” than Hans was used to, and Daniel Hope’s violin in Max Richter’s “recompositions” of Vivaldi’s The Four Seasons (16/44.1 FLAC, Deutsche Grammophon) sounded “positively electric,” with “soaring extension, liquidity, and a wicked turn of pace.” 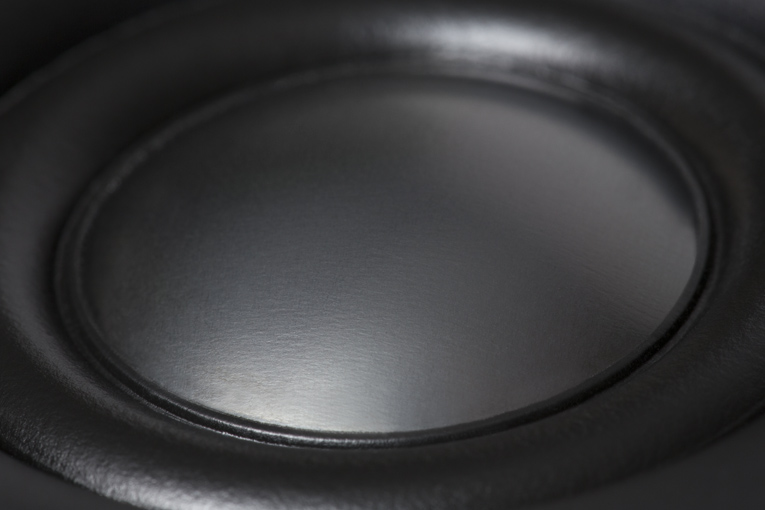 Hans saved his strongest praise for the S1 Mk.II’s “unimpeachable midrange.” Remarking on the tonality of Phil Collins’s voice in “No Son of Mine,” he wrote that it was “the very best I’ve heard: an intoxicating combination of buttery-smooth attack and decay, with no hint of imposed edginess on the leading and trailing edges of his voice, as well as an effortless airiness to his delivery that sounded completely nonmechanical and entirely unrestrained. . . . The S1’s midrange was a model of neutrality: nothing added, nothing taken away, and reference-level transparency.”

In short, Hans found much to admire in the S1 Mk.II, particularly its “immaculately lifelike sound, sterling midrange neutrality, and soaring top end” and its “top-to-bottom cohesiveness.” And despite the speaker’s limitations of a small cabinet, and just one 7” driver to handle everything from about 2kHz down, Hans was enough taken with its bass performance to conclude that “it produced a good portion of the tight-fisted, concussive bass you’d expect from a small three-way design, and in that sense is the first two-way speaker I’ve heard that doesn’t sound like a two-way.” He summed up: “Magico’s S1 Mk.II is where excellent materials meet excellent sound. It’s the finest two-way speaker I’ve heard.” 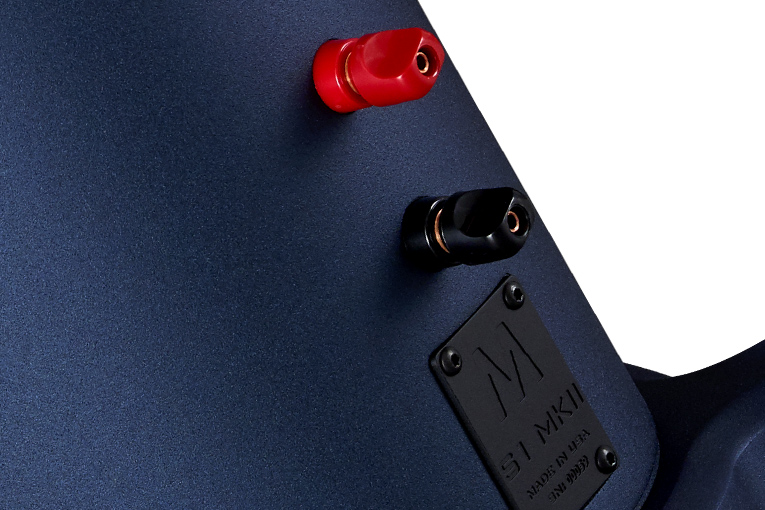 Magico is no stranger to our list of Recommended Reference Components -- there, the S1 Mk.II joins the Q7 Mk.I and Mk.II, the Q3, and the S5.