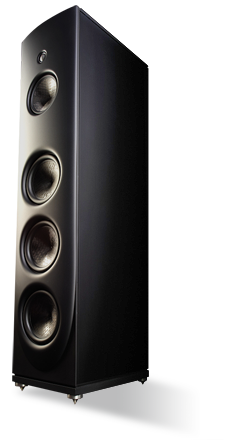 Magico asks $38,950 USD for a pair of their new Q3 speakers, a price that can actually be considered reasonable. The Q3 is among the few models that define the current state of the art of speaker making, and is better than most that currently sell for multiples of its price. Jeff Fritz, who recently wrote about the Q3 on our sister site Ultra Audio, considers it a groundbreaker.

In the Q3, a conventional form factor is taken to the extreme. On the surface, it looks like many speakers built over the years: five drivers in a three-way, front-firing configuration, in a floorstanding cabinet measuring 47"H x 10.5"W x 16"D. But the Q3’s build quality and other technical details are anything but ordinary. In fact, Doug Schneider describes what Magico has done in the Q3 as "military-grade loudspeaker design."

There are too many aspects of the Q3’s engineering to discuss in detail (Jeff does that in his review), but a few are worth repeating. One has to do with the enclosure, which is made entirely of aluminum and brass and weighs a backbreaking 250 pounds. Inside its aluminum walls is a complex matrix-type bracing system, also made of aluminum, and designed to minimize resonances so that the enclosure contributes as little as possible to the sound. That sound is produced by the Nano-Tec drivers on the front baffle, engineered and built by Magico specifically for the Q3. These drivers act as pure pistons; they’ve been designed not to produce the distortions of typical off-the-shelf drivers.

The heroic level of engineering that Magico has put into the Q3 is all to achieve some very desirable design goals: flat frequency response with wide, controlled dispersion; correct integration of the drivers’ outputs in the crossover region; a wide bandwidth, from very deep bass to almost infinitely extended highs; and ultra-low distortion. They’ve succeeded in spades in all these areas -- from concept to execution, the Q3 is a truly complete loudspeaker design. And its fit’n’finish are exceptional with a hard anodized finish expected to last decades intact. 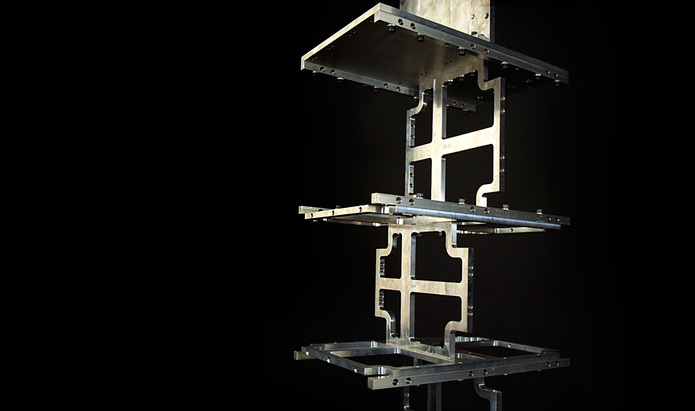 The theory, design, engineering, and craftsmanship that go into a fine loudspeaker are certainly interesting, but it’s in the listening that all of those steps and skills must cohere into a musical whole. In the end, a speaker should not only produce accurate sound; it should also bring the listener ever closer to the music. To do this, a speaker must be able to reproduce all of the information in the signal, but its success in doing so is as much about what it doesn’t do as what it does. As Jeff stated in his review, "From the start, one thing stood out: The Q3’s inherent sound seemed to lack something: noise, distortion, colorations -- whatever you might call the undesirable sonic artifacts with which most other speakers veil the musical signal. My first four or five days of listening to the Q3 were revelatory in this regard. I felt that I was, for the very first time, hearing only the music."

All of this begs the question: Why does a superspeaker need to cost six figures? It doesn’t. The Magico Q3 is a technological tour de force, and testament to the fact that you don’t need to spend house-buying money to achieve state-of-the-art sound. Which means there’s no better example of a Recommended Reference Component than the Magico Q3.