Ed Meitner is to digital audio what fellow-Canadian Paul Barton is to loudspeakers. Both designers have been at it for decades; pioneers in Canada, each is now considered among the world’s top handful in his field. And the fact Meitner and Barton are also both capable of designing cost-no-object as well as high-value products means that they really know their crafts.

The MA-1 wears the badge of Meitner Audio, which represents Ed Meitner’s more affordable designs; his costlier professional and consumer models are sold under the EMM Labs banner. Both lines are made in the same factory in Calgary, Alberta, Canada. But in this case, "more affordable" means neither "cheap" -- the MA-1 costs $7000 USD -- nor "compromised": many of the technologies used in the EMM Labs models show up in Meitner Audio designs.

The MA-1 measures about 17"W x 3.6"H x 15.6"D and weighs 16.4 pounds. It has six digital inputs -- one USB, one AES/EBU, two TosLink, two coax -- each of which supports bit depths up to 24 and sampling rates up to 192kHz. The DACs in the MA-1 are proprietary Ed Meitner designs, not the off-the-shelf chips found in almost every other DAC sold today. The MA-1 also features the cutting-edge technologies found in Meitner’s costlier designs: MFAST, which buffers the incoming data and strips them of the source component’s original clock, to eliminate jitter; MCLK, a clocking circuit with ultra-low jitter; and MDAT, which converts and upsamples incoming data to twice the speed of native DSD, and only then is processed by Meitner’s DACs. 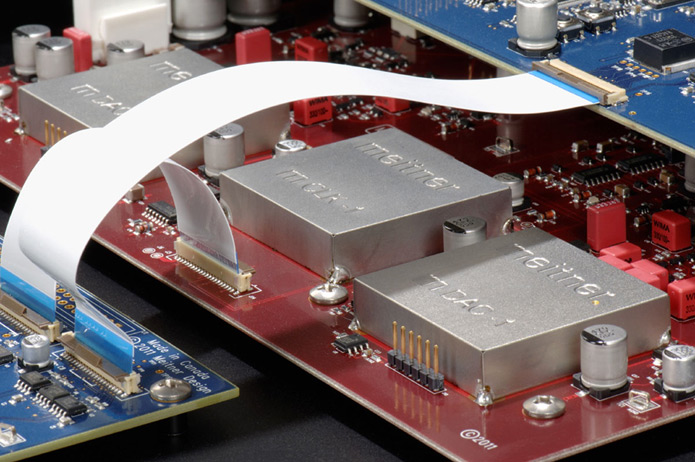 What matters most is how the MA-1 sounds. According to Uday Reddy, in his May 2012 review of the MA-1, "the MA-1 smoothed out the sound, though not at the expense of detail and resolution -- music had an effortless quality that sounded so much more open and natural than what I’d experienced with any other digital player. I’m not about to go out and buy a turntable and a load of LPs, but now I can see what I’ve been missing all these years. Even the most cacophonous recordings were engaging and fatigue-free." Later in his review, Uday had this to say about the MA-1’s high-resolution playback: "Regardless of the sample rate, with the MA-1 I heard great improvements in sound quality, resolution, and timing with 24-bit over 16-bit recordings. And while I did hear improvements in soundstaging, the most obvious difference was that the music in 24-bit recordings actually sounded slower than their 16-bit counterparts -- not as if I’d switched from 45 to 33.33rpm, but with a more relaxed quality that resulted in a smoother, more realistic, less mechanical sound."

Uday also compared the MA-1 with his significantly cheaper Logitech Transporter (about $1900 when available), which the MA-1 clearly bettered. More important, he felt that the MA-1 was of the same caliber as the dCS Debussy, which most agree is a top-performing DAC, but which costs considerably more: $11,499. Uday’s biggest accolade appeared in his final sentence: "I love the Meitner MA-1 so much that I’m putting my money down and making it my choice for my new digital reference." He continues to use the MA-1 in his system today. 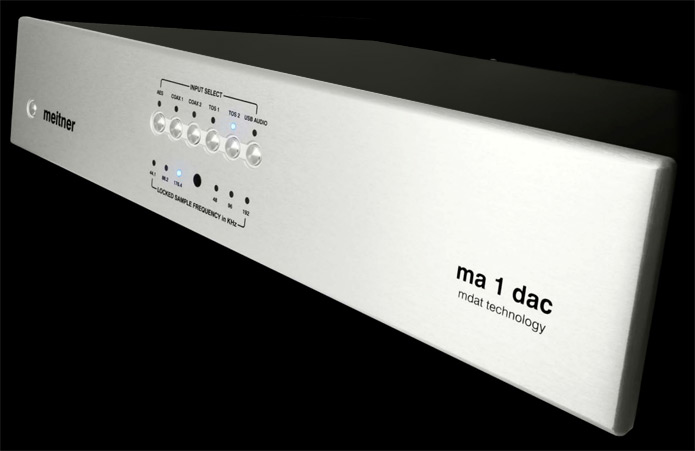 The MA-1 is currently Meitner Audio’s least costly DAC, but, like Paul Barton and his speakers, Ed Meitner is able to squeeze from it superior sound that compares with -- or puts to shame -- competitors’ products at much higher prices. So don’t let the less-than-"statement"-grade price fool you: The MA-1 is a reference-caliber component from one of the world’s best designers, and is available for what can be considered a very reasonable price.