In November 2012, we added to our list of Recommended Reference Components Meitner Audio’s MA-1 digital-to-analog converter. The MA-1 was reviewed in SoundStage! Hi-Fi in May 2012 by Uday Reddy, who was so impressed by its sound that he bought the review sample and made it his personal reference. In addition to the RRC designation, the MA-1 won a Reviewers’ Choice award, as well as a SoundStage! Network 2012 Product of the Year award for Outstanding Performance.

This month we add to this list the MA-1’s sibling and inspiration, the EMM Labs DAC2X. Howard Kneller reviewed the DAC2X in Ultra Audio last month. EMM Labs and Meitner Audio are sister brands -- all of their products are made in the same factory in Calgary, Alberta, Canada. They also share the same designer, Ed Meitner, a legend in Canadian audio circles who is revered for his knowledge of analog and digital circuit designs, and who has, over decades, developed some proprietary technologies, including his own DAC chips, that are unique to Meitner and EMM.

Although the MA-1 sells for $7000 and the DAC2X for $15,500, they have the same overall basic design, say the folks who represent Meitner and EMM. The DAC2X costs more than twice the price of the MA-1 because of its superior parts quality, including ceramic circuit boards, tighter tolerances, a higher rate of rejection of subpar components, and a far more painstaking assembly process. Both DACs support PCM datastreams up to 24-bit/192kHz through all inputs, and both can stream DSD signals via USB.

Howard, who has reviewed numerous leading-edge digital sources for the SoundStage! Network, highlighted the DAC2X’s many strengths. What most impressed him was the midrange, which he described as “nothing short of ravishing. In ‘Drinking Again,’ [Aretha] Franklin’s voice was wonderfully warm and rich. More generally, voices, strings, woodwinds, brass, and percussion whose sounds fell within 150-400Hz all sounded natural, not overhyped to convey fake analog warmth.”

The next thing Howard pointed to was the DAC2X’s “rendition of leading edges. Fed the Isao Suzuki Trio’s ‘My One and Only Love,’ from The TMB Sounds! (CD, LIM UHD 048), the DAC2X seemed to fully and precisely capture the mid-frequency attack transients created when Suzuki’s bow dug into his cello’s strings. Moreover, unlike many DACs, the DAC2X did not overharden these sounds.” 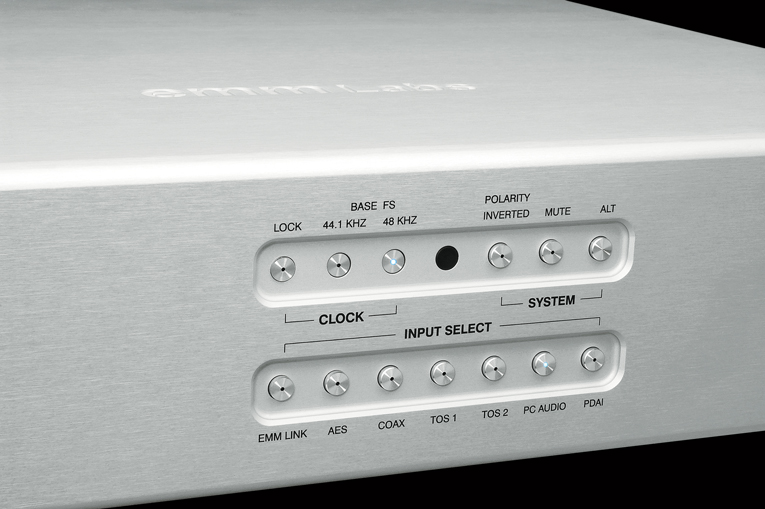 Howard also described the DAC2X as “eerily quiet. The horns that open ‘Come On, Come Over,’ from Jaco Pastorius (16/44.1 AIFF, Epic), jumped from a black background with a speed and solidity that caught me completely off guard.” He also pointed to first-rate resolution and retrieval of detail: “The DAC2X revealed things about music that no other digital music machine has. If you think your run-of-the-mill DAC performs at this level, think again.”

The EMM Labs DAC2X is more than twice the price of the Meitner MA-1, and is the most expensive DAC we’ve ever named a Recommended Reference Component. It’s also one of the very best you can buy. According to Howard Kneller, “There can be no dispute that the DAC2X is one of only a few one-box DACs that can reasonably claim to intrude on the state of the art.”