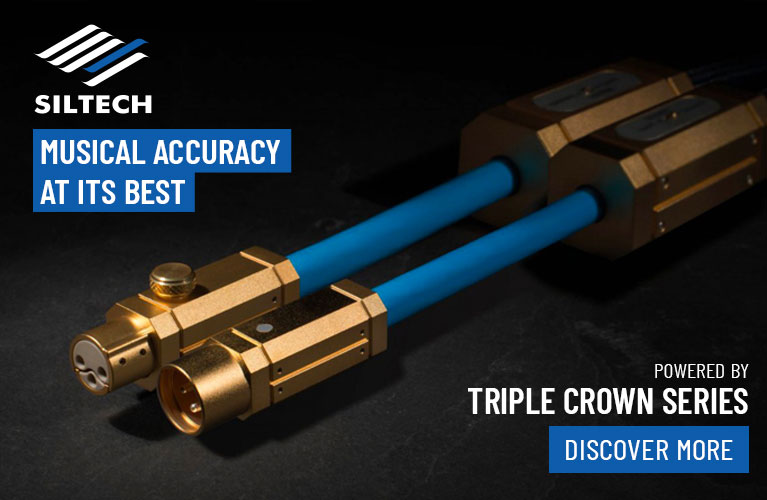 Audiophiles searching for a combination of high performance, multi-component convenience, and reasonable price would be wise to consider Hegel’s H300 integrated amplifier-DAC, which Hans Wetzel reviewed for the SoundStage! Network’s SoundStage! Access in December 2012. With it, you need only a digital source (e.g., a disc transport or computer), speakers, and cables for a topflight sound system.

The H300 ($5500 USD) is Hegel’s largest, most powerful integrated amplifier. Company reps say that its design was mostly inspired by Hegel’s own upper-end separate preamplifiers, amplifiers, and DACs, and is easily comparable with them. As Hans said in his review, “The H300’s class-AB amplifier section produces a solid 250Wpc into an 8-ohm load, or 430Wpc into 4 ohms. Its signal/noise ratio exceeds 100dB, and its damping factor is greater than 1000. Distortion is listed as a negligible 0.005% at 100W into 8 ohms while outputting a 1kHz tone. The power supply is a 1000VA dual-mono design, armed with 90,000µF of capacitance. As with their reference H30 amp, Hegel engineers hand-match the FET transistors in the H300’s input stage. They claim this greatly reduces the higher-order harmonic distortion that would otherwise occur, as transistors may behave linearly when fed a symmetrical sinewave, but not when fed asymmetric signals, such as the vast majority of recorded music. Also harnessed in the H300 is Hegel’s patented SoundEngine technology, which allows for the elimination of the local signal errors inherent in traditional class-AB designs. The proprietary amplifier stage is ostensibly correction circuitry that eliminates nonlinearities in each section of the output stage. All of this knowledge is wired to a single pair of binding posts on each side of the H300’s rear panel, which look identical to those used on Musical Fidelity’s tank-like M6 500i integrated.”

The H300’s high power output -- it’s claimed to be stable into loads down to 2 ohms -- means that it should easily drive most loudspeakers on the market, and that a speaker upgrade shouldn’t require a new amp as well. Yet the H300 also provides interesting options for users wishing to upgrade to separates someday, including preamplifier outputs and, most notably, the DAC-Loop feature. This permits the insertion of an external DAC in a way in which the sound still benefits from the H300’s built-in reclocking circuitry. A home-theater-bypass input is also included so that the H300 can be used with a full multichannel system.

The only thing the H300 lacks is flashy looks. In typical Hegel fashion, it’s a no-frills design with a sparsely decorated faceplate containing only the essential controls. It’s a testament to Hegel’s longstanding philosophy of concentrating on what they feel counts most: the sound.

And it’s the H300’s sound that makes it special -- particularly to audiophiles and, obviously, to Hans, who was impressed with everything he heard from the H300, including a DAC section that he described as “highly resolving and almost dead neutral,” and an exceedingly neutral amplifier section: “The amplifier section was the H300’s soul, and it was a standout. All manner of music took on an unimpeachable purity that was difficult not to appreciate. Voices were rendered smoothly and gracefully, but not so kindly as to abbreviate any detail of their sound. Till Lindeman’s voice, in the closely miked introduction of ‘Spieluhr,’ from Rammstein’s Mutter (16/44.1 AIFF, Island), was so clean and clear, yet not strident or edgy or in any way warm or rounded. Words like athletic or propulsive don’t do justice to the Hegel, as they imply a perceptible sense of effort on the amp’s part. Rather, the class-AB H300 had a sound that seemed unadulterated. This was in contrast to Musical Fidelity’s M6 500i, whose 500Wpc gentleman-thug of an amp section sounds unabashedly relaxed and slightly warm, making almost everything I played through it sound a little more disarming. While I thoroughly enjoy that signature, it’s a signature nonetheless.”

Hans was also struck by the H300’s low-end performance: “I’m fond of bass that is both ample and well defined, and have occasionally been seduced by components that provide a dose of low-frequency extension that I haven’t heard elsewhere. With the Hegel, the nether region of the audioband was as extended as I’ve heard through my reference Krell and the Musical Fidelity. But while the M6 500i viscerally pounds out bass, the H300 was viscerally incisive in the low end. At about 3:30 into ‘Why So Serious?,’ from Hans Zimmer and James Newton Howard’s score for The Dark Knight (16/44.1 AIFF, Warner Bros.), there’s a bass line that’s more felt than heard. Proper stuff, and what the Hegel gave up to the Musical Fidelity in fulsomeness it made up for in agility.”

The H300’s across-the-board high level of performance is mainly why we’re including it in our list of Recommended Reference Components, but there’s another reason, one not mentioned in Hans’s review. He didn’t buy the review sample, because that was already scheduled to go elsewhere; but Hans did buy a brand-new H300 to use as his reference integrated amplifier and DAC. It’s one thing for a writer to recommend a product for someone else to buy; it’s quite another for him to believe in it enough to buy it himself and use it as his reference for that component category. In fact, it’s the highest compliment a reviewer can give to any product, and to the company that makes it.