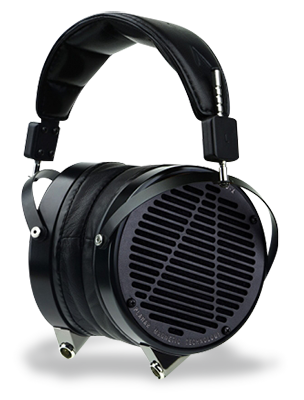 On March 1, SoundStage! Xperience published Garrett Hongo’s review of Audeze’s LCD-3 headphones, which he thought worthy of a Reviewers’ Choice award. Based on the strength of that review, last month we added the LCD-3s to our Recommended Reference Components list. About two-and-a-half months later, Xperience published S. Andrea Sundaram’s review of Audeze’s LCD-X headphones, which also received a Reviewers’ Choice award -- and this month, we name the LCD-Xes a Recommended Reference Component.

The LCD-3 and LCD-X headphones use planar-magnetic drivers -- a hallmark of Audeze ’phones -- and are more or less identical in size, shape, and weight. But there are some differences, including in price: the LCD-3s retail for $1945, the LCD-Xes for $1699. The most visible difference is in the earcups -- the LCD-3s’ cups are of Zebrano wood, while black-anodized aluminum is used for the LCD-Xes.

Things differ somewhat inside as well. Brent Butterworth’s measurements of the two models, which accompany the reviews, reveal comparable frequency responses throughout the audioband; in other words, the two models’ tonal balances should be similar. The measured distortion of both sets of ’phones was negligible at SPLs of 100dB, which means both should sound superclean. But the impedances differed: 47 ohms for the LCD-3s vs. 22 ohms for the LCD-Xes. Most noteworthy was the LCD-Xes’ far higher sensitivity -- 101.5dB vs. 94.5dB for the LCD-3s -- which Brent said was “very high for planar-magnetic headphones.”

As for the LCD-Xes’ sound, S. Andrea Sundaram found plenty to crow about -- a near-neutral tonal balance, outstanding reproduction of voices, amazing clarity, etc. -- and had very few complaints: “One of the great strengths of the first Audeze headphones was the depth, potency, and linearity of their bass, which was superior to what other open-back headphones offered. The LCD-Xes carry on that tradition. The bass-synthesizer notes in Massive Attack’s Heligoland (CD, Virgin 5 09996 09466 2 1) were powerful -- as they need to be -- but also had distinct pitches. While no headphones can give the full-body experience of being in the presence of a pipe organ, the louder passages of Jan Lehtola’s recording of Kalevi Aho’s Alles Vergängliche: Symphony for Organ (24/96 FLAC, BIS/eclassical) had an intensity that comes only when the full range of this grandest of instruments is reproduced. What was even more impressive was hearing the softer notes underpinning the sparser passages. Through most headphones, such subtle bass notes disappear entirely, which significantly alters the character of those sections. I can’t leave the Aho recording without remarking on the fact that, through the Audezes, those pedal notes sounded as they do from real organ pipes, not as ambiguous low-frequency energy -- yet another feat beyond the abilities of all but a few headphones.” 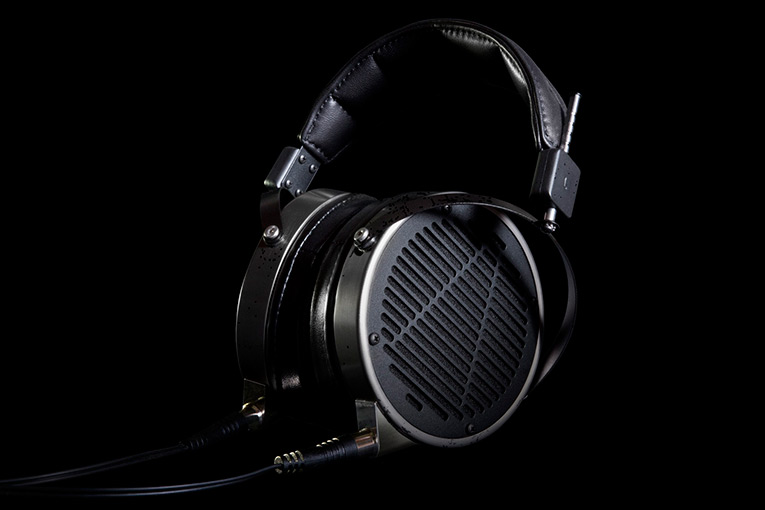 Andrea also found one area in which the LCD-Xes excelled over other planar-magnetic designs he’s auditioned, including previous Audeze models: dynamic swings: “The re-entrance of the full orchestra at the end of [Yefim Bronfman’s recording of Prokofiev’s Piano Concerto No.2, accompanied by Alan Gilbert and the New York Philharmonic (24/96 FLAC, NYP/HDtracks)], after the contemplative piano interlude, was truly explosive. On the small scale, the LCD-Xes clearly differentiated, in volume and in character, the legato passages from the more accented figures in Hélène Grimaud’s recording of Mozart’s Piano Sonata No.8 (24/96 FLAC, Deutsche Grammophon/HDtracks), and faithfully communicated her nuanced phrasing in this marvelous performance. The LCD-Xes’ responsiveness also preserved small details -- like the click of the accordion’s keys in ‘Razor Face,’ from Elton John’s Madman Across the Water -- and the turned pages and audience coughs in the New York Philharmonic concert.”

Lastly, Andrea was seriously impressed by the LCD-Xes’ soundstaging capabilities: “The LCD-Xes had an exceptionally spacious sound. The soundstage extended well to my left and right, with solid placement of singers and instruments along that axis -- though central images were very much in my head rather than in front of it. With naturally miked classical recordings the LCD-Xes conveyed some sense of layered depth: strings in front of woodwinds in front of brass, with percussion at the back. The general spaciousness, along with these headphones’ ability to reproduce truly low bass, re-created the cavernous acoustic of ‘Long Distance,’ from both the binaural and SoundField versions of Jamey Haddad, Mark Sherman, and Lenny White’s Explorations in Space and Time (24/88.2 FLAC, Chesky/HDtracks).”

Complaints? In his “Conclusion,” Andrea had this to say about the LCD-Xes: “Their only, minor weaknesses are that the bass has a touch of extra resonance, and clarity isn’t quite at the level of the very best available.” In other words, he had hardly any complaints at all, as is borne out by the final sentence of his review: “For anyone truly serious about headphones, the Audeze LCD-Xes are a must audition.” We agree.