These days, it’s not easy for an independent record label to get traction, especially if it’s devoted to an art form with a shrinking audience. German label Ozella Music focuses mainly on jazz by European musicians, although, as I noted in a previous article, the label’s eclectic roster includes world music, blues, and other genres. Ozella’s releases are well recorded and feature striking cover art, so it puzzles me that it hasn’t made an impact on the US market that a similar German label has: ECM.

But rather than agonize over Ozella’s lack of American market share, I direct you to the article mentioned above, which includes a review of an album by one of my favorite singers, Randi Tytingvåg, who’s so far released five on Ozella.

Having established my affection for Ozella Music, let’s look at some of their recent releases:

Jens Fossum is a Norwegian bass player who studied at the University of Florida, where Jaco Pastorius taught in the mid-1970s. Fossum was born in 1972, too late to study with Pastorius (1951-1987), but the great bassist’s influence runs through Fossum’s fast, rhythmically complex lines. Fossum shares another talent with Pastorius: he knows how to arrange for groups both small and large. Some of the large ensemble pieces on his debut solo CD, Bass Detector (Ozella OZ057CD), are multitracked; for example, the seven-piece band that plays “Copycat” ends up expanding to 11 players, with Fossum’s brother Håvard playing three reeds, and Fossum playing two different bass lines and acoustic guitar. 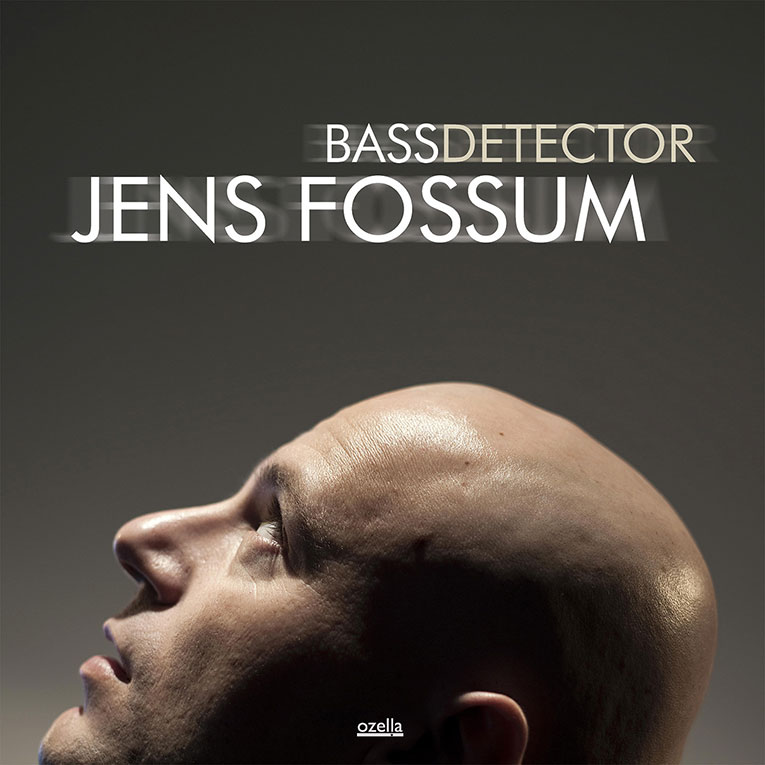 “Copycat” is also notable for being pretty funky for a tune played by guys whose names include characters not found on most qwerty keyboards. Many of the tracks on Bass Detector are canny mixes of fusion and soul jazz that stay loose and danceable even when heavily arranged. There’s a lot of wit and humor here, sometimes with a dark undercurrent; e.g., such titles as “The Days of Wine, Guns and Roses” and “Walter Freeman’s Pick of Choice,” the latter a reference to the favorite surgical tool of the physician and neurologist who popularized the lobotomy.

Bass Detector maintains a good balance of brains and feeling throughout its 44 minutes, and the music remains focused even in a track like “Ratskeller,” in which melody lines crisscross. The playing is consistently smart and impassioned, and while I’m tempted to highlight Håvard Fossum’s playing, every player is technically accomplished and impressive. Jens Fossum plays brilliantly throughout and could easily have dominated the disc, but he sounds happy to share the spotlight, and he’s written nine challenging tunes that are also fun to listen to.

Pianist Aki Rissanen and drummer Jussi Lehtonen are Finnish musicians who co-lead a quartet that includes American Dave Liebman on reeds. Liebman, the biggest name on Ozella’s roster, has been active in jazz since the late 1960s, when he was an important part of New York’s loft scene, and became a firmly established player when Miles Davis hired him in 1972 to play on On the Corner. He appeared on two more Davis recordings, Dark Magus and Get Up with It, both from 1974. Since his stint with Miles, Liebman has played in and led countless sessions, but this is his first appearance with Rissanen and Lehtonen. 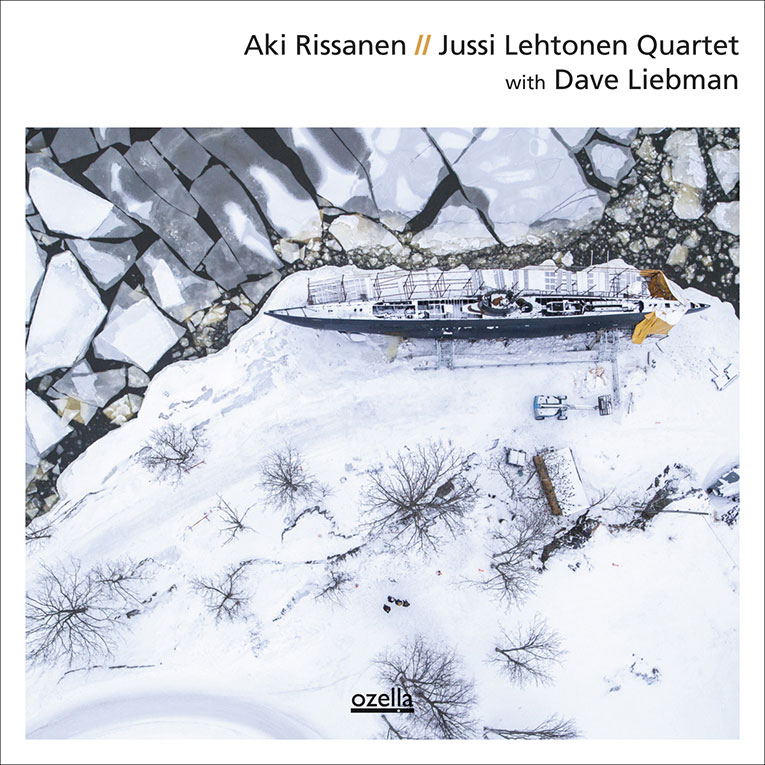 The music on Aki Rissanen/Jussi Lehtonen Quartet with Dave Liebman (Ozella OZ058CD) is impressionistic, with an occasional trip into free jazz. The album opens with Rissanen’s homage to Russian composer Alexander Scriabin, whose later career was marked by experiments in atonality and dissonance. “Scriabin” is taken at a fast pace, and goes from a firmly melodic opening to a stretch in which Rissanen plays great splashes of chords and Liebman plays long, very fast lines that sometimes fracture at the edges. The performance comes back to earth in the final section, when the opening theme is restated.

The pace slows with “Three A’s,” a delicate ballad with a melody beautifully stated by Liebman. Bassist Jori Huhtala plays a lengthy solo that’s rhythmically elastic and melodically rich. Liebman returns with a solo filled with great bursts of speed and intensity, leading to a section in which the band stretches the tune and pulls it apart, Rissanen playing hard, percussive chords. As in “Scriabin,” the opening theme returns at the end.

Liebman’s arrangement of Clare Fischer’s “Pensativa” gives Rissanen a long feature in which to demonstrate his unique talents. Like many European jazz pianists, Rissanen has an affinity for Bill Evans, but his own chording is slightly darker. Liebman plays with sensitivity, never straying far from the melody’s beauty.

“Free Ballad” again gives Huhtala space to stretch out on bass before Rissanen enters with a solo that’s sensitive, understated, and slightly off center, as Liebman’s gentle lines on soprano sax echo the emotional complexity. Liebman also plays soprano on his own “Pastorale,” a dramatic ballad. A long closing passage by Rissanen cements this composition’s mood, which for me conjures images of a cold Finnish landscape. “Pastorale” also highlights how skillfully Lehtonen adds percussive colors that keep the band focused, but he’s impressive throughout the album -- a solid and swinging timekeeper whose technical abilities never overwhelm the compositions. The same can be said of all four musicians, whose mastery is always on full display.

The most impressive thing on these ten tracks is how well the group balances impressionism and free jazz while maintaining senses of melancholy beauty and tension. Liebman may be the best-known player of the quartet, but he’d do well to be a part of it as often as he can.

Short Stories (Ozella OZ 059 CD) is the fifth album by the Norwegian trio Slagr, and their third on Ozella. Their name, according to this disc’s liner notes, is “An old Norse word for tune or melody.” The trio is Sigrun Eng on cello, Anne Hytta on hardanger fiddle, and Amund Sjølie Sveen on vibraphone and tuned glasses. A hardanger fiddle is a Norwegian folk instrument with four strings strung and played like a violin’s, and below these, four to five additional, “sympathetic” strings that, as on a sitar, are set in vibration by the four bowed strings. The music on Short Stories defies categorization, and though sections of it are clearly improvised, I’d be hard-pressed to call it jazz. 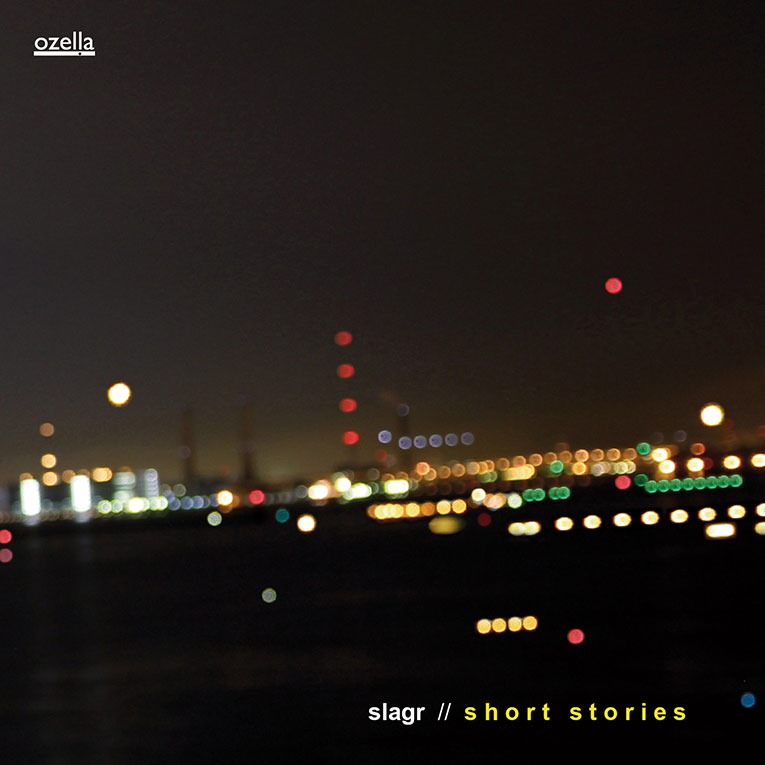 Slagr’s website describes what they do as “contemporary Nordic folk music,” and says that their music “evolves slowly and almost imperceptibly; as part of a deep and trance-like process, the band arrive at a resonant, sonorous continuum of sounds that is as concise as it is poetic.” The compositions build on repetitive themes, as do Harold Budd’s or Steve Reich’s. Much of Short Stories was inspired by “An Old Farmstead in Europe,” a story by Norwegian writer Hans Herbjørnsrud. In the story, the narrator discovers a skull in a field, which triggers a series of reflections on the nature of time.

I haven’t read the story, but the compositions, all by Hytta, are rooted in the folk traditions of Norway; running through them are undercurrents of disquiet, solitude, and delicate beauty. Sjølie Sveen’s sustained notes on tuned glasses create a haunting effect that is at times ominous, and at others otherworldly and beautiful. The performances have a narrative flow that builds to an emotional conclusion that the very brief descriptions in the liner notes help guide you to.

I found especially compelling the story that forms the basis for “Blinde-Margit,” which was “inspired by a character cursed with ‘the evil eye’ by her surroundings, who in a moment of intensity seizes the opportunity to be freed from the spell.” Sjølie Sveen establishes a pastoral mood on vibraphone, then Hytta and Eng use their stringed instruments to create the character at the center of the story. They create a strong mood of sorrow and conflict that builds to a hopeful resolution.

Slagr’s music will appeal to fans of Brian Eno or Harold Budd, but such comparisons go only so far. Just listen to this moving, often achingly beautiful music, which is hard to categorize -- and all the better for it.

Trumpeter Gunnar Halle is from Oslo, Norway, and over the last 20 years has played as a band member or sideman on many sessions, most of them with other Scandinavian musicians. Istanbul Sky (Ozella OZ 056 CD) is his first release as a leader. The title track sounds like the kind of psychedelic power pop that Tame Impala has made its specialty, with playful studio effects and a cheerful falsetto vocal from Halle. Most of the other tracks are nothing like that -- they’re instrumental pieces that use electronics and studio techniques to create aural atmospheres that Halle humanizes with his heartfelt playing. He’s a melody-driven player, not a show-off, and he plays with such feeling that, even when he electronically processes his trumpet, as in “Port,” the essential blues underpinnings of the tune come through. 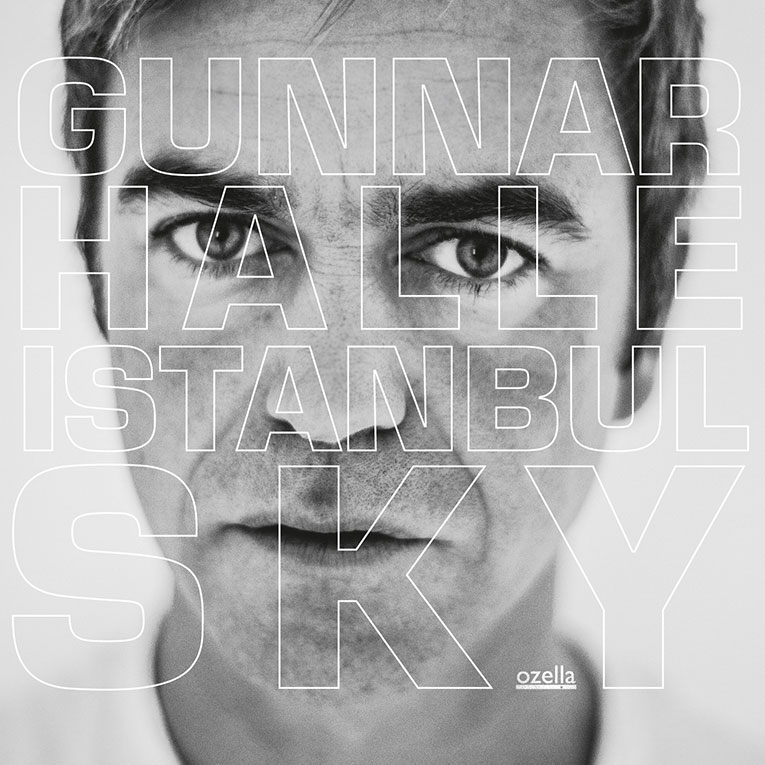 “This Last One Is for You” could easily be part of the soundtrack of a David Lynch film. Eivind Aarset’s low-toned guitar establishes the atmosphere, and Maria Laurette Friis’s voice adds to the undercurrent of mystery. Halle’s well-developed and carefully considered solo, surrounded by his own keyboard washes, brings the track together, and his moody keyboard lines at the extended close of the song emphasize its noir characteristics.

“Tropehjelm” opens with an abstract section of Halle playing short passages and long sustained notes over drums and bass. A flourish of quick notes leads into a hard-rocking section brought into line by Joakim Frøystein’s guitar, but the piece then breaks into free jazz before settling back into a rock groove as Halle continues to play aggressive, free lines. He closes the song on keyboards on a subdued note.

With tunes like the languid, atmospheric “Snøting” leading into the upbeat “Weightless,” whose airy pop feel is similar to that of the title track, Istanbul Sky is stylistically hard to peg. Halle has a background as a record producer, and he’s sequenced the album so that the variety doesn’t jar -- the tunes flow together logically. The instrumental pieces, with their keyboard washes and studio processing, reveal so many influences, from later Miles Davis to the soundtracks of American mystery films, that Istanbul Sky might have been a mess. Instead, it’s witty, well-played, very European jazz fusion.

Ozella’s releases are packed in eye-catching covers (usually DigiPacs), and are consistently well recorded and mastered. As you can judge from the four discs reviewed here, the label’s roster is eclectic, but every one of their releases that I’ve heard has been well worth the time. Another place to start is The Magic & the Mystery of the Piano Trio: Ballads & Lullabies, a compilation of piano trios recorded for Ozella, and reviewed last March by our own Rad Bennett. Either way, I encourage audiophiles to discover a label that still cares about sound.