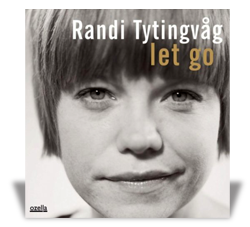 Ozella Music, a family of German record labels, is the brainchild of musician and composer Dagobert Böhm, who was born in Mannheim. Böhm is a guitarist whose own music might be described as smooth jazz, or what we used to call "new age"; it’s similar to William Ackerman’s recordings for Windham Hill. Although Böhm records for Ozella, his company isn’t limited to smooth jazz, but mixes its eclectic brew under three imprints: Ozella, for jazz, world music, and other instrumental genres; Ozella Lounge, for "Lounge, Downtempo, NuJazz, Chillout, Electronica"; and Songways, which specializes in singer-songwriters and blues.

Some of the music fits more than one slot. Randi Tytingvåg is a Norwegian singer and songwriter whose music is often filed under jazz and could easily be released on Songways, though her recordings bear the Ozella imprint. In fact, her defiance of categorization is one of the best things about her music. I reviewed her 2009 release, Red, and Ozella has just reissued her third, Let Go (OZ 031 CD), originally released in 2006 by RTM Norway.

Tytingvåg pulls influences from a variety of sources, including cabaret, jazz, European folk music, tango, and . . . well, in any attempt to pin her down, one soon runs out of musical genres. "Rat Race" has a strong tango feel as Tytingvåg, her voice calm and a bit sly, advises against jumping too deeply into life’s currents:

Guest violinist Ola Kvernberg’s introduction sets the tone; he adds a line here and there that gives it color and moves the performance along, and his passionate solo brings into focus the song’s dramatic intent. He adds nice touches to other tunes on Let Go, and blends well with Tytingvåg’s core trio of accordionist Espen Leite, pianist Anders Aarum, and bassist Jens Fossum. Another important guest is Morten Michelsen, whose clarinet adds a touch of Klezmer to "So Long," and a bit of Satie-esque modernism to "Playful."

Tytingvåg writes both the words and music, and her command of English is excellent -- she studied music in England in 2001. She has a jazz singer’s feel for time, but conveys drama as would a stage singer. Her songs are compact, sharply detailed narratives, and her voice so well conveys each shade of meaning that it might be easy to underestimate just how good a singer she is. Her breathy girlishness in "Ghost" is ironic without being cynical, and her low, almost whispering tones in "War" underscore the tensions in the words. Her lyrical turns of phrase are clever and wise: "You gotta decide whatcha gonna be / When you grow up / When do you grow up -- do you stop?"

The ensemble playing throughout is subtle and dynamic, with beautiful contrapuntal passages woven behind Tytingvåg’s expressive singing. Aarum’s impressionistic piano doesn’t call attention to itself, but its delicate beauty is at the center of the arrangements. Leite’s accordion gives the tunes their unique color and emotional texture, and Fossum gives the music a solid foundation in bass lines as rhythmically firm as they are melodically engaging.

Ozella has also released Let Go: Instrumentals -- versions of the same songs without Tytingvåg’s voice, and performed by the same players, here recording under the name The Tytingvåg Ensemble (OZ 035 CD). It allows you to hear how subtle are the interactions among the musicians, and, especially, how essential Leite is to the overall feel of the songs. I listened to this disc for at least a week before I played the vocal version, and enjoyed it thoroughly on its own terms. I still do, but now when I listen to it I find myself mentally adding Tytingvåg’s words and voice. 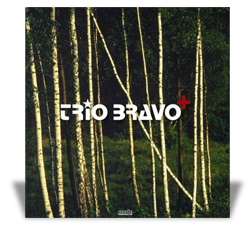 Violinist Mark Chaet leads Trio Bravo+, an instrumental quartet whose music is as hard to pin down as Tytingvåg’s. Chaet is an active musician whose discography includes work under his own name, as well as leadership of another Ozella ensemble, Balagan. Trio Bravo+ began as a trio, then added a fourth member and the plus sign. The lineup has changed somewhat over the group’s 15 years, the only constant other than Chaet being bassist Sergej Sweschinskij. Piecing together information about Chaet and the group is a little difficult; what information there is can’t be found in English.

Trio Bravo+ (OZ 037 CD) is their third outing for Ozella, and the band’s current lineup is uniquely European. Chaet and Sweschinskij are Ukrainian, pianist Giorgio Radoja is Albanian, and percussionist Adam Tomaszewski is Polish. Chaet and Sweschinskij compose most of the music, which has a strong Balkan flavor. "Darf Ich Bitten" is a medium-tempo piece that evokes scenes of a cold European winter (the title, very loosely translated, means "Shall we dance?"). The song has a waltz feel, but Tomaszewski’s marimba adds a light, almost childlike sense of wonder. "Hommage an Shanghai Nr. 1" also includes Tomaszewski’s marimba, in a complex chamber-ensemble arrangement that expands the group to include cello and double bass.

Radoja opens "Wiener Würstchen" with an electric-piano riff that leads to a three-minute romp by the rest of the group, while "Rondo Ukraine" is a duet for Radoja and Chaet that captures the flavor of Ukrainian folk music. "Panzerkreuzer Potemkin" is a portion of the music Chaet and Sweschinskij wrote in 2000 to accompany a 75th-anniversary screening of Sergei Eisenstein’s classic silent film Battleship Potemkin. The compositions are often structurally complex but never cold or abstract, and evoke many different emotions. The melodies are unashamedly beautiful without being sentimental or cloying.

Many tracks here exhibit the close arranging and discipline of a chamber group, while a few, such as "Wiener Würstchen," leave space for improvisation. All are played with great passion and sincerity, and fully display the group’s tremendous versatility. Trio Bravo+ shows that this group has a facility with so many different musical traditions, most of them exotic to American ears, that it is a treat to hear. The sequence of tracks results in an enjoyable balance of slower, more contemplative numbers and more dramatic, driving music. 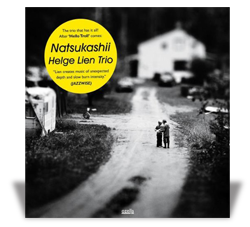 Norwegian jazz pianist Helge Lien leads a trio that has recorded seven albums since 2001; their latest, Natsukashii (OZ 036 CD), is the group’s second for Ozella. Lien’s style is a skillful blend of brains and passion, and he has a highly developed sense of melody and a fluid feel for rhythm. "Afrikapolka" shows that he also has a playful sense of humor and, when he needs it, a light touch. The tune has a driving rhythm, but Lien goes off on a melodic side trip that recalls Keith Jarrett. Lien’s quick lines in "E" show great dexterity without sacrificing melody, and the track’s dynamic range allows him to pull back and let the song breathe. "Sceadu" slows things down, Lien sustaining big blocks of chords that create an ominous atmosphere supported by his skilled partners, bassist Frode Berg and drummer Knut Aalefjær on drums.

Natsukashii is a Japanese word that suggests how a memory can bring sensations or associations rushing back, and Lien’s compositions evoke everything from the fast pace of the city ("E") to the calmer joys of taking in the beauty of the countryside (the title track). His songs build, suggesting a strong narrative flow even in the throes of improvisation. Listening to the first section of "Hymne (Til Jarl Åsvik)," it’s easy to envision cold Norwegian landscapes -- but the music then expands into a swinging exploration of the opening theme that invites a favorable comparison with Bill Evans. Berg and Aalefjær are essential to Lien’s musical vision, and he shares the solo space generously with them. They deserve it.

An indication of how high Ozella Music’s recording standards are is the fact that Linn Records handles its music for download in resolutions up to 24 bit. You can buy their CDs directly from Ozella’s website and from some online retailers, including Amazon. The Ozella discs I’ve heard are exotic, unusual, and accessible. You’ll like the way they’ll make your stereo sound, but you’ll return to them just as often for the beauty of the music.