The Gift of Music Offers a Treasure Trove of Holiday Recordings

The December Holiday Season is one that brings out the very best and the very worst music, and every year sees dozens of new recordings whose makers hope to cash in on the season of giving gifts. I’ve been collecting holiday recordings for over 50 years, and you’d think that by now I’d have heard everything. But my discovery this year of a UK company, The Gift of Music, quickly dispelled that notion.

Have you ever been to the gift section of a Cracker Barrel restaurant? Hundreds of colorful items are jammed into a small space -- every time you turn around, you spot something new. Surfing the Gift of Music’s website is something like that. I’m ready to move on to the next page when I suddenly see an attractive album cover or a catchy title that I simply must explore. A great portion of the listings are devoted to holiday titles -- there must be over three dozen of them. Thanks to the US distributor Naxos USA, I sampled 18 of these, and have picked four that I feel are of exceptional worth.

None of the recordings I heard was any less than good in both performance and sound. Though the liner notes sidestep this issue, they seem to have been licensed from various other labels. I recognized a few from the Vox catalog, and was familiar with many of the artists from previous encounters on various labels, while other performers were new to me. Thanks to Naxos, Gift of Music titles are now available in the US; the UK copyright dates span the 1990s to 2009. 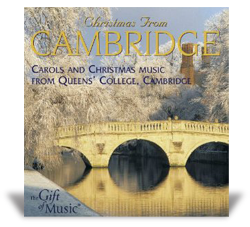 Most collectors are familiar with the choirs of King’s and St. John’s Colleges of Cambridge University through their numerous recordings for Decca and EMI. The Queens’ College Choir was new to me and quite a nice little discovery: a smallish ensemble with female sopranos and altos (unlike the boys of King’s and St. John’s), secure intonation, good articulation, and an overall warm, inviting sound. This disc eschews the grand carols we’re so used to hearing from English choirs to present a more contemplative program that begins and ends with plainsong sung in near-perfect unison. In between are the intimate sounds of medieval and renaissance carols, peppered with newer material by Sir William Walton, Peter Warlock, and Alan Ridout. New to me, and very welcome, was Andrew Carter’s toccata for organ on "Veni Emmanuel." The sound is neat and tidy, and the reverberation suggests a hall large but not huge. 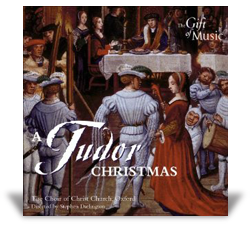 The recent hit TV series The Tudors might have one believing that all that wealthy people did during the reign of Henry VIII was have sex, eat, and party. Though they probably did a lot of those things, they were also very involved in the arts, music in particular. Paid musicians were regularly employed, all courtiers were expected to dabble in song and dance, and Henry himself was an accomplished composer. He also founded Christ Church, so the performances heard on this disc are in a long, honored tradition dating back nearly 500 years. The current choir of men and boys sounds fresh and alive, and sings with energy and finesse. The repertory here draws on religious and secular music by Thomas Tallis, William Byrd, Orlando Gibbons, Christopher Tye, John Sheppard, Thomas Weelkes, and Henry VIII, who is represented by his "Pastime with Good Company" and five Consorts -- short pieces performed by harpist Victoria Davies. The spacious yet focused recording was made in Christ Church, on the very spot that much of this music was premiered; the harp was recorded at Jericho Farm Studios, then seamlessly integrated with the choir. 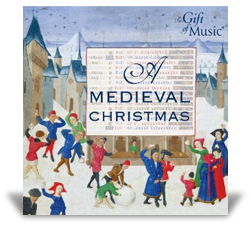 Much music from the medieval period has been lost, and many of the works that have survived lack any sort of authenticated authorship. This seems a shame, as what has come down through the years is so rich and varied. The seven voices of Sospiri, accompanied by bagpipes, hurdy-gurdy, recorder, and shawm, give here a lively sampling of medieval holiday festivities both secular and religious. The former have an appealing vivacity and earthiness, and the latter sound personal rather than lofty. The fairly well-known "There Is No Rose," "Riu, Riu, Chiu," and "Coventry Carol" are complemented with new discoveries, including three instrumentals, "Noël I" through "Noël III," played with ingratiating spirit and verve. The performers make attractive sounds in these thoroughly convincing performances. The sound is fairly close-up, and very clean and crisp. 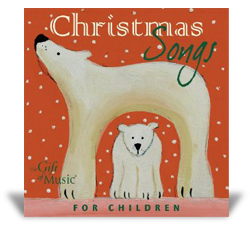 This album is delightful for its simplicity and its singular repertory. The sound of the two dozen talented children assembled as the South Oxfordshire Youth Music and Drama Group is not as polished as that of the English cathedral choirs, but it is honest, direct, and appealing. Except for sleigh bells in two pieces, the songs are accompanied only by piano, a combination that makes for something of an English music-hall sound -- "I’m a Little Christmas Cracker" and "Jingle-Bell Rock" sound like excerpts from a musical-comedy revue of another era, and I don’t mean that in a bad way. Many of the selections ("The Christmas Song," "Have Yourself a Merry Little Christmas," etc.) are all too often given mawkish and sentimental readings, so it’s good to hear these refreshingly simple arrangements. And some songs I’d never heard before: "The Himalayan Abominable Snowman Blues," "Christmas on the Beach at Waikiki," and "Christmas Chopsticks." The recording seems to have been minimalist: microphones set up, one sound check done, and no more fiddling. This works fine when the whole choir is singing, but the solo passages in many of the numbers needed spot mikes -- they’re almost completely lost.