For these hot days of summer, nothing’s cooler than a little laid-back jazz or some surf sounds from the Amazon. If the heat wave is still too intense, head for the hills with a cross-cultural experiment in the traditions of mountain folk music, for a reminder that we’re all in this thing together. 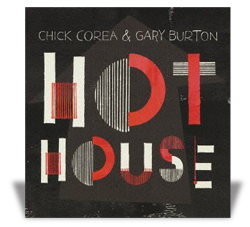 It could be argued that no one in jazz works harder or more prolifically than pianist Chick Corea. With a whopping 18 Grammy Awards under his belt, the legendary performer, composer, and bandleader, now 71 years old, shows no sign of slowing down. For 2012, his schedule includes three world tours and four new albums, one of which was the critically acclaimed Further Explorations (with Eddie Gomez and Paul Motian), which I reviewed last November. Another is Hot House, currently in heavy rotation here -- an eclectic collection of duets with vibraphonist and longtime collaborator Gary Burton (CD, Concord Jazz CJA-33363-02). There’s an obvious synchronicity between the two musicians in their approaches to these songs. An effortless rapport is apparent, solidified over their 40 years of playing together; it seems that the exercise of recording and arranging these pieces was more fun than work. While they’ve chosen popular composers (Gershwin, Monk, Jobim, etc.), the choices of tunes are somewhat more obscure. Corea rounds out the disc with one of his own, "Mozart Goes Dancing"; with ten tight tracks in all, Hot House coolly showcases the talents of two friends who are also highly compatible collaborators. Available September 4. 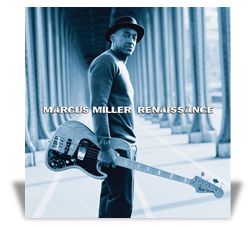 Another jazz legend, Marcus Miller, blends old and new ideas with his August release, Renaissance (CD, Concord Jazz CJA-33794-02). Known as a renaissance man himself, Miller is a master of bass and bass clarinet, and his vision is one of both revival and revolution, realized by five carefully chosen covers and eight original compositions. Miller opens with the funky "Detroit"; his signature style is center stage, establishing a groove that locks in instantly with his band and is maintained throughout the disc. Trumpet, alto sax, guitar, and keyboards provide a foundation for Miller’s bass thumping to bind to, and the group lifts off like a supersonic jazz jet. A nine-minute cover of War’s classic "Slipping into Darkness" is tightly wound and tethered to a minimalist core, until horn and keyboard solos send it slipping deep into thick, funky darkness. Able to reinvent his sound and thus sound constantly fresh, Miller remains a towering fixture in the global jazz scene, and is perhaps the world’s greatest living bassist. 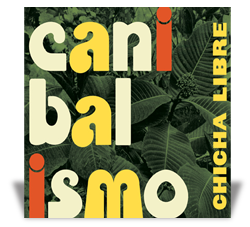 Alongside all this excellent jazz I’ve been enjoying, I’m also infusing some summer nights with the sweet sounds of South American chicha music. A blend of retro surf rock and Latin cumbia beats, the sound is vibrant and psychedelic, and creates an instant beach-blanket dance party with a tinge of James Bond/007 mystique. The masters of this tropical amalgam are Chicha Libre, whose first album solidified my obsession for the sound two years ago. Now they’re back with Canibalismo, a satisfying platter of cross-cultural influences in 14 original, delicious grooves (CD, Barbes BR0034). Hang ten to the groovy "Ride of the Valkyries"; sip a cold cerveza with "La Plata (en mi carrito de lata)"; and polish your Mexican six-shooters to the swaggering "La Danza de Don Lucho." Chicha Libra’s Canibalismo will whet your summer appetite with a potent dose of tropicalia. 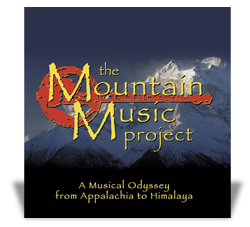 In keeping with the melting-pot theme, The Mountain Music Project: A Musical Odyssey from Appalachia to Himalaya (CD, MMJ 2614) explores the oldest musical traditions of America’s Appalachian Mountains and Nepal’s Himalayas. Virginian multi-instrumentalists Danny Knicely and Tara Linhardt traveled to Nepal and the foothills of the world’s highest mountains, bringing with them the folksongs of their homeland and a desire to play with and learn from the Gandharbas, or "singing messengers," of the remote Nepalese villages they visited. What they found were striking similarities between the musical traditions, and between themselves and the musicians they met. In Kathmandu they recorded songs from each culture, blending instruments and harmonies from worlds a world apart. Presented side by side, the common language of these seemingly disparate folk mountain cultures is harmoniously universal. Appalachian old-time fiddle tunes like "Old Joe Clark" and "Sally Anne," interspersed with Nepalese phrasings and instruments such as the madal and arbaj, sound surprisingly natural. The ballads from the two cultures have thematic similarities as well -- each sings of the natural world, livestock, the homeland, the inevitability of love and loss. After Knicely and Linhardt’s return to the US, guest musicians such as Tim O’Brien, Tony Trischka, and Abigail Washburn added tracks to complete The Mountain Music Project. A film documentary of the same title recently premiered on PBS, and is now available on DVD for those who want to see and hear these cross-cultural jams.