A year ago, I wrote about CES as being about as lively as a funeral. This year, it was like one of the slower episodes of The Walking Dead. I don’t know if I should rejoice for those high-end audio manufacturers who are optimistic/naive/stupid enough to think that luxury hi-fi has a future in the Venetian, let alone any future at all, or if I should rend my garments. 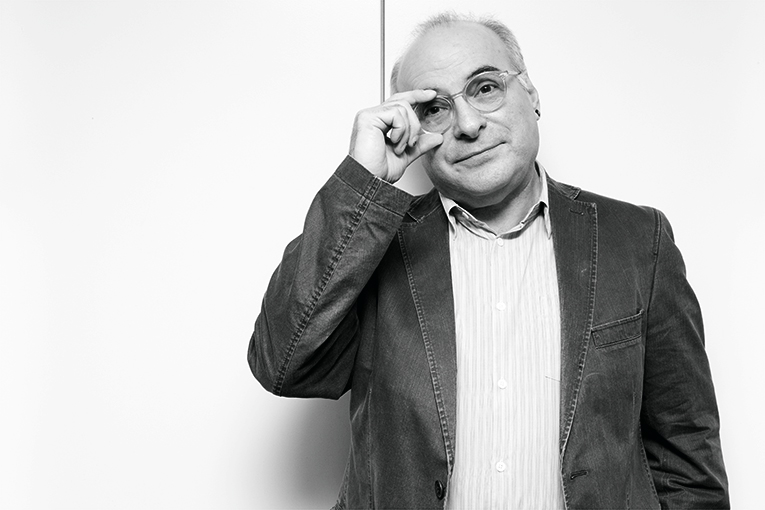 As for the CTA, or whatever the CEA now calls itself, it treats the high-end audio sector like some pervy old uncle. To tell you that there were only 115 rooms for specialty audio is to reveal the worst of it -- the lowest attendance I can recall. It’s a self-fulfilling curse: if you followed CES publicity, it was almost a music/sound/hi-fi/audio-free zone. Aside from headphones and Bluetooth speakers, of course.

To put this into context, not only is the high-end audio section of CES -- the world’s largest consumer electronics trade show -- smaller than the Munich High End show, but it had less to offer than the recent high-end show in Warsaw. For fuck’s sake! A Polish hi-fi show aimed at the public had more to see than CES! I am actually at a loss to come up with an analogy, so preposterous, so dire is the reduced presence of hi-fi at the most important event in the USA. 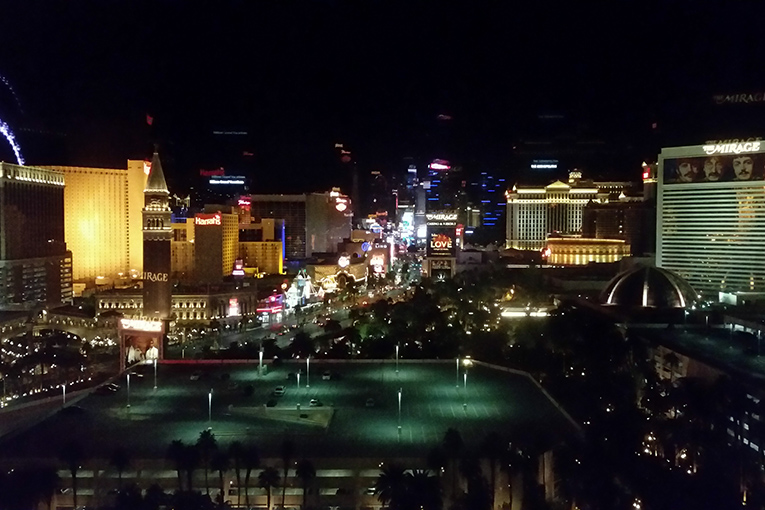 We are way past mourning CES. There was palpable anger among some who spent a small fortune to exhibit, Las Vegas being notably more avaricious than in the past. Exhibitors paid a fortune just to receive Wi-Fi. One guy set up his own hub, and security yanked it out. I got a taste of the greed when my sister sent me a small parcel the size of a paperback book. When I went down to collect it from the post room, I was told “That will be seven dollars, sir, for the handling charge.” My sister paid $6.70 to post it. What handling? Jerking me off?

But there was confusion, too, to compound the anger. Floors 34 and 35 were so empty that it was hard to believe CES was taking place. Floors 29 and 30, though, were just busy enough to fool some exhibitors into thinking it was a success. So you had a few rooms that hit their targets, but one exhibitor told me she used to average 38 to 40 meetings at CES. This year she had only four. Do the math, and each cost her around $10K.

With glass half-full, I can name a dozen brands that could say it was a success -- but even they had to admit that it did nothing for them that Munich wouldn’t. Still with glass half-full, yes, I saw enough new products to fill a show report. But I wasn’t exactly overburdened with material, and some of the stuff was so ordinary that it wouldn’t have made the cut.

Looking back, nothing stunned me so much that I left wanting it, and the best items I saw were launched at Munich -- eight months earlier. What the show did was reaffirm four things, the first being the resurgence in vinyl. Now I didn’t have to travel 6000 miles to find that out, because every British newspaper has reported on the upswing. What made it crystal clear was the LP’s presence even in rooms not hawking turntables, cartridges, or vinyl itself. 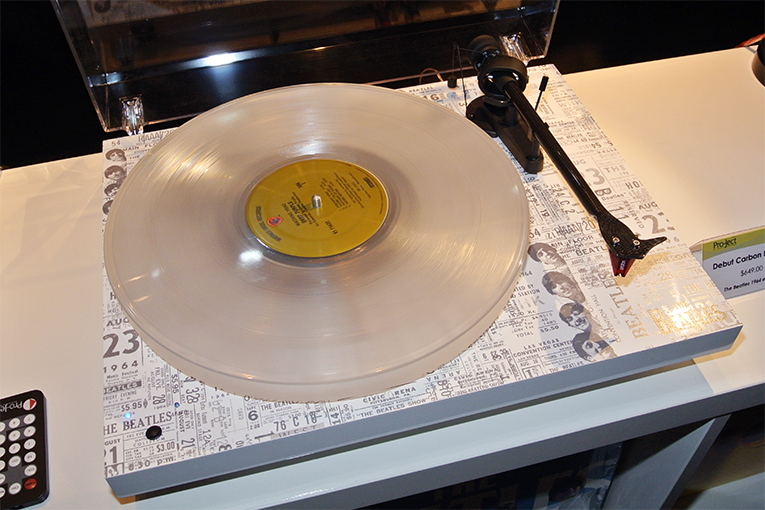 Secondly, the natural codicil to the above is that turntables are back in force, with new manufacturers as well as new models. The one I want, though, isn’t even high-end: it’s Pro-Ject’s officially authorized Beatles turntable. Subordinate to that, too, were new tonearms, cartridges, and phono amps, the latter addressed by a high-end tube stage from McIntosh, while Air Tight showed a model with all the various EQs to sate collectors of pre-RIAA vinyl . . . or shellacs.

Number three has to be the continued headphones onslaught. From in-ear planars by Audeze and new wireless models from Master & Dynamic to bling from Focal, it was a feast for those who love cans. As with the accessories spawned by vinyl, it was a good show, too, for headphone amplifiers. 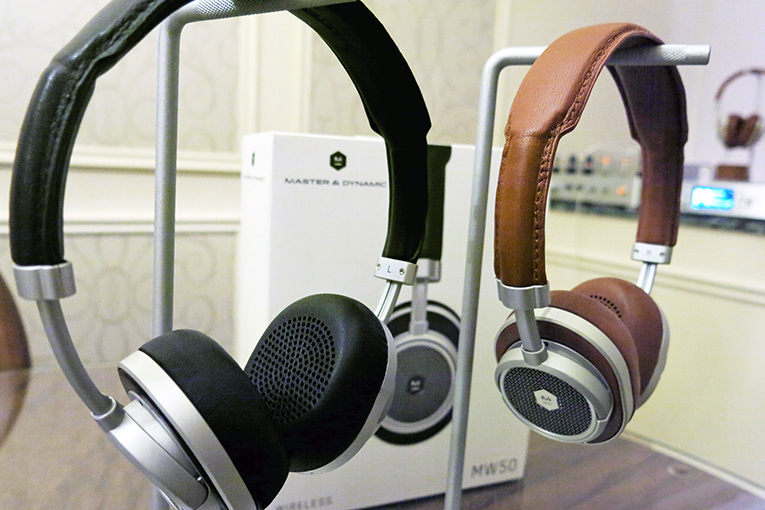 As for number four? Alas, CES 2017 confirmed my worst fears. High-end audio is so truly, utterly screwed that the show had an atmosphere not unlike a typewriter factory the day after Microsoft launched Word. Sorry, gang, but we are in the dying days of audio as defined by high-quality separates, decent loudspeakers, and anything else that we regard as the means to reproduce music to our satisfaction. 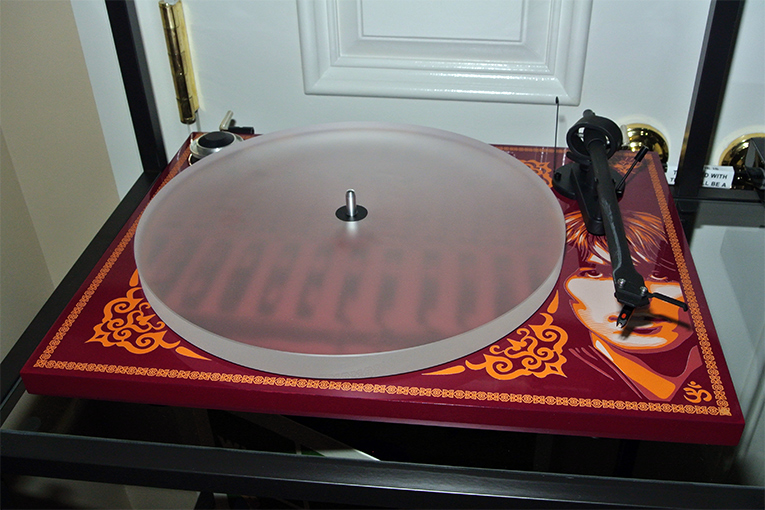 I have to be careful here for fear of causing heart attacks and nervous breakdowns among the snowflake generation. But it seems to me that the millennials who will replace the baby boomers seem bereft of any desire to experience music in any manner other than via headphones -- and I believe earbuds still outnumber decent cans -- or at concerts so ear-bleedingly loud that quality is irrelevant. How much of it is due to music having been cheapened by the cost-free access of streaming or theft is as hard to determine as is the rear-guard action of the revival of vinyl among the same demographic.

But whatever you want to point out to me, CES was a demonstration of the state of the high-end industry. The Venetian, instead of just hosting pure audio, also had rooms for AARP, apt given the ages of the participants, and a mattress manufacturer -- pretty rich for an industry in which nobody gets laid. Manufacturing high-end hi-fi? Its future is as rosy as that of VCRs. And typewriters.